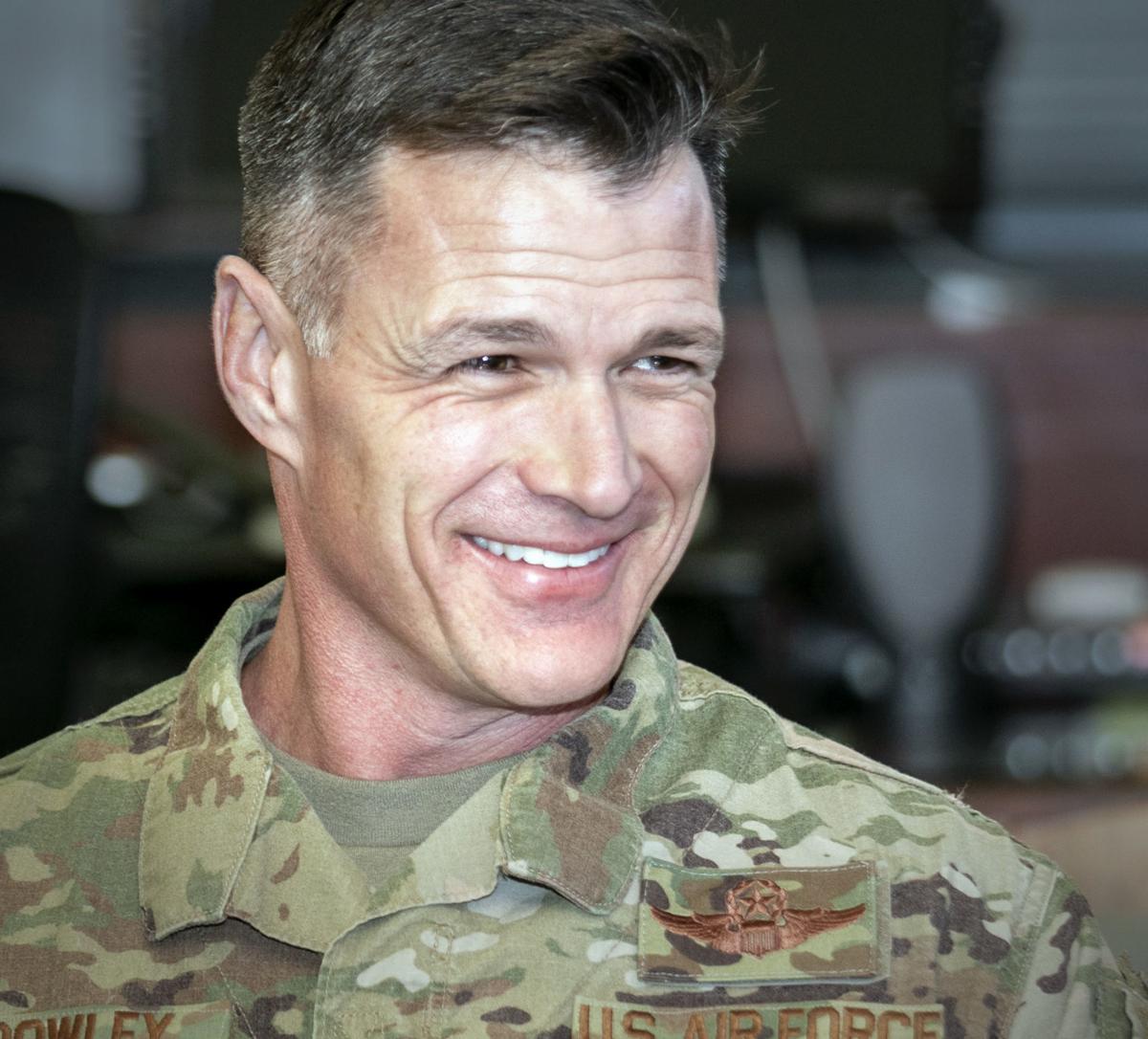 Col. Mike Drowley assumes command at a multi-mission base that hosts the A-10, among other things. 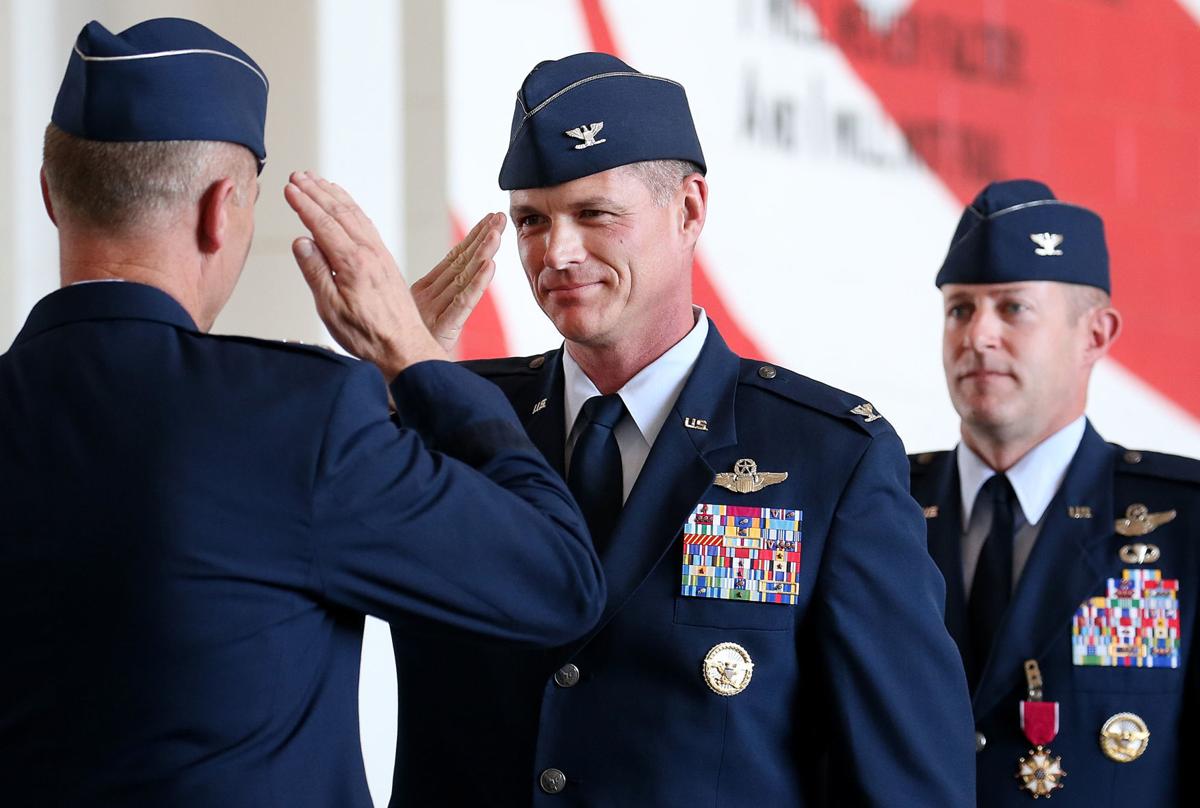 As a combat pilot, Col. Michael Drowley said he always wanted to command a fighter wing.

After being installed as commander of Davis-Monthan Air Force Base last July, Drowley is now in charge of something bigger.

A few months after Drowley arrived, the Air Force decided to realign D-M’s host unit, the 355th Fighter Wing, and renamed it the 355th Wing to reflect a recently added combat-rescue unit and its wide range of missions in general.

“But when you talk about a wing, a wing is a responsibility, it’s multiple missions, it’s something really bigger than a niche mission,” he said. “It’s the installation, it’s rescue, it’s the attack mission, it’s everything.”

A longtime A-10 command pilot and instructor decorated for combat service in Iraq and Afghanistan, Drowley is no stranger to D-M or Tucson after serving as training chief for the base’s remaining A-10 active-duty combat unit, the 355th Fighter Squadron from 2000 to 2002.

He replaced Col. Scott Campbell as commander of the 355th Wing after serving a one-year stint as chief of staff at the Air Force Central Command in Qatar.

Drowley, 45, takes the reins at D-M as its main mission since 1979 — providing and training combat-ready pilots for the A-10 Thunderbolt II ground-attack jet — is threatened by budget cuts and force restructuring as the close air-support platform ages.

He assumes command at a multifaceted base that besides the A-10 and combat-rescue missions hosts missions including the Air Force’s 55th Electronic Combat Group; the drone-flying Air Guard 214th Reconnaissance Group; the headquarters of the Twelfth Air Force; the service’s biggest aircraft storage and maintenance center in the 309th Aerospace Maintenance and Regeneration Group; U.S. Customs and Border Protection air operations and periodic training programs.

D-M also has won the Air Force’s highest installation honor — the Commander in Chief’s Installation Excellence award — in 2012 and again in 2018.

The Star caught up with Drowley to ask him about his unfolding role at D-M.

A: When I was here as a young A-10 pilot, there was the Bulldogs, the 354th, maybe the gym and then the gate — that was my life at D-M. I mean, we went downtown and had a good time. But coming back, it is eye-opening just how amazing the base is, the awesome responsibility it has and the unbelievable relationships with the civic team and the community.

Our relationship with the city, you just don’t see that as a young person but being in the seat that I’m in now and see how much the university, the civic leaders, our partners there care for the military team and want to help out.

It is truly eye-opening when you first encounter it, and it’s something special because not every air base has that.

Q: Since you arrived, you’ve gotten to know some of the community leaders. What struck you when you first starting meeting the local government officials and supporters like the DM50?

A: One, I think the level and depth of knowledge that they have of the base and its mission and responsibility, it’s solid. ... It’s a whole level deeper than maybe you’ll see at other bases. They also know where they want to help out, so the engagement with the University of Arizona on our tuition assistance, to make sure our airmen can go to classes there and it’s covered by our tuition assistance programs, that is a capability that is phenomenal for them.

There are other opportunities just where they do care and feeding for the airmen, like there’s an opportunity to see a sporting event, there’s a military appreciation day and those things are all nice, but it’s that level of quality and care that I think is outstanding.

Airmen they want to feel at home. Most of the population lives off-base and they’re integrated into the schools, and the employment programs and all these kinds of things.

Q: As the Air Force restructures, the biggest question at Davis-Monthan is the fate of the A-10 “Warthog,” which the Pentagon wanted to start phasing out several years ago but was saved from the budget axe by Congress. Though the Air Force now says it plans to keep at least part of the A-10 fleet until 2030, how do you see the future of D-M and its missions here?

A: I think no matter what the mission is here, D-M has got the capability to house a lot of either different mission types, future mission types, it’s a great capability due to the weather, the airspace available to it, the community relationships we have. ... As far as the current missions that are here, I think they are relatively safe, based on the (secretary of the Air Force) guidance that the A-10 is going to be around for awhile and again, this is the premier place for that kind of training. Same thing for the rescue community, attack and rescue go hand in hand, so this is a great environment for them to train in as well.

If I were to make an assumption, I would only see missions growing here, it’s got a lot of capability, a lot of potential that could still be harnessed.

Q: The AF has agreed to keep the A-10, now at a current level of 287 planes in nine squadrons, and it is funding a revived program to provide new wings for more than 100 A-10s whose wings are approaching the limit of their service life.

Now, there is some concern that wings won’t be replaced fast enough to avoid grounding many A-10s whose wings will have timed out. What’s the latest on that and the squadron levels at D-M and how you see that playing out?

A: The final force structure decision is still being determined, they’re still doing the analysis on that. Our squadrons here are healthy, so much like anything else when you have limited assets you move and shuffle and manage them very proactively.

So that’s what we’re waiting for, is it going to stay at 287, will it decrement from there and if it does, what will that mean for us in managing the fleet and making sure it’s healthy, sustainable and viable as we go through the new re-winging process?

We’re managing them pretty well, so we’re fairly healthy right now as to who we’re putting hours on and who goes off to get their new wings.

Based off the world we have today, based off the unknowns of the big-power competition that our national defense strategy talks about, the Air Force needs capacity. ... We’re still in a little bit of a pilot crisis, so you need cockpits to absorb those pilots as you produce them, and the A-10 being here with the training and operational units, it gives you that.

Q: D-M has been passed over as base for the F-35 Joint Strike Fighter for now, most recently in 2017 when Naval Air Station Joint Reserve Base Fort Worth was picked as the home of the first Air Force Reserve F-35 squadron. But the Air Force is still conducting an environmental study of D-M and two other candidate bases as “reasonable alternatives” for future F-35 basings. How do you see this playing out?

A: I think (the report) is going to come out for review in the May time frame. It will say this is what we came up with and its effect, and that will open it up for community. There will come a time when they will want to move forward with that, and I’ll be involved, but right now it’s just quantitative data.

I’m mission agnostic on what the Air Force wants to do, but as the commander of this installation, I do try and communicate up that this base has a lot of potential.

Q: How do you respond to criticism that the F-35 is too loud or too risky to operate from D-M because of its close proximity to urban areas?

A: Engaging with the community, I want the win-win more than anybody else. We’re always going to do things to strike a good balance between taking care of the community and keeping our aircraft, our pilots and our resources safe. That’s really the mindset that we go into it with. It’s not like we’re, ‘you know what sounds fun and loud and dangerous?’ That’s not the way we operate. ... From my standpoint, the way I want to engage the community is that, there’s a win-win in there and I think it behooves everybody to move in that direction.

Ascent Aviation and its Marana Aerospace operation want to grow, but labor shortages are an issue.

Extension comes after the Air Force botched the address where comments were to be sent via courier service.

The credit union will conduct a nationwide search for a new CEO as Ramirez retires.

Senate hearing raises the possibility that the Army is considering moving unmanned aerial training program operating out of Fort Huachuca to another base.

Pararescuemen treated injured fishermen as boat made way back to land.

Boeing gets new contract to replace A-10 wings

The A-10 "Warthog" ground-attack jet is a mainstay at Tucson's Davis-Monthan Air Force Base.

Davis-Monthan base was passed over as the preferred site for the first Air Force Reserve F-35 base in 2017. But the Air Force has issued a draft study of reasonable alternative sites, including D-M and two other finalists.

Col. Mike Drowley assumes command at a multi-mission base that hosts the A-10, among other things.