Democrats get personal in race for Arizona Schools Chief
Share this

Who is a teacher, and what constitutes a bully are two of the key questions in the Democratic primary to become Arizona’s top education official.

The two-way race to become the Democratic Party’s nominee for superintendent of public instruction pits Kathy Hoffman, a speech pathologist at Peoria School District, against David Schapira, most recently a Tempe city councilman, in a political contest that has turned personal for a position that Democrats see as one of their best opportunities to pick up a statewide office in November.

On policy, there’s little light between the two Democrats.

Both support the Invest in Education Initiative, which would increase income taxes on the wealthy to pay for education. Both push back against many of the policies adopted by the Republican-controlled Legislature, including new laws allowing teachers into the classroom without any certification, and expanding publicly funded vouchers for private and parochial schools. Both think Arizona charter schools need stiffer regulation. Both supported the #RedForEd teacher walkout.

In short, both argue the powers that be have pushed Arizona’s education system in the wrong direction, and that they should be the one to right the ship.

In lieu of policy differences, the candidates are focusing on personal differences relating to their experience and temperaments.

The main point of contention appears to have started when Schapira posted online a list of “teachers” running for office this year that included himself, but didn’t include Hoffman.

Schapira taught in public schools for several years, first under a short-term emergency certification that didn’t require him to have a degree in education or the requisite training that a traditionally certified teacher would need; then as a long-term substitute under a substitute certification with similarly light requirements.

His substitute certification expired a decade ago, and in between stints in or seeking political office he has worked as an assistant superintendent and contract consultant at the East Valley Institute of Technology.

Schapira earned his bachelor’s degree in political science, and later, after his teaching days in public schools were over, his master’s degree in educational leadership from Arizona State University. He is now working on his doctorate in law at ASU.

Hoffman, on the other hand, taught students language skills on a daily basis until she began her campaign but holds a “professional nonteaching speech-language pathologist” certificate. She worked as a speech therapist for three years in the Vail Unified School District before transferring to the Peoria Unified School District, where she doesn’t have a set classroom but is in charge of speech language acquisition for 50 or more students.

She has her undergraduate degree in Japanese and Spanish, and a master’s degree from the University of Arizona in speech-language pathology.

Hoffman said while she doesn’t deny Schapira’s history in classrooms makes him a teacher, she contends that she is at least as much of a “teacher” as he is, noting that Schapira never had a traditional teaching certificate, and his real career has always been in politics.

Schapira was a state lawmaker from 2007 to 2012, served on the Tempe Union High School District Governing Board from 2011 to 2014, unsuccessfully sought the Democratic nomination for a seat in Congress in 2012, then won a seat on the Tempe City Council in 2014.

“He’s been in the schools in various roles, so I’ve never made it a part of my campaign to say he’s not a teacher. … But I think he’s first and foremost been a politician running for offices over his entire career. Within a five-year period, he ran for five different offices,” she said.

Actually, it was during a six-year period, from 2008 to 2014, that Schapira ran for state House, Senate, Congress, a school board and a city council seat.

But perhaps the most influential role of the job is to use the office’s bully pulpit to influence education policy at the Legislative level.

Schapira countered that even in his political roles, his focus has always been on education, and his political experience is a boon, not a hindrance, to his ability to do the job of superintendent.

“I served with many if not most of the folks who are in office now at the Legislature… I have relationships down there, and people know that I’m willing to build bridges, but I’m also willing to throw stones,” he said.

The question of who is a “teacher” versus an “educator” is not trivial, and took on new importance during the #RedForEd walkout this year, which was resolved when Gov. Doug Ducey promised “teachers” a 20 percent raise over three years.

The RedForEd movement sought 20 percent raises for all “educators.” But Ducey’s definition of teacher only included classroom teachers. Many school districts had to reach into other buckets of funding to provide raises, often smaller, to those who didn’t meet that definition of teacher.

And a teacher hasn’t held the post of Arizona’s superintendent of public instruction in this century.

Schapira noted that the Department of Education is among the largest agencies in state government, and boasted that he’s the only candidate in the race with managerial experience hiring, firing and training people, through his job as assistant superintendent of the East Valley Institute of Technology — the Joint Technical Education District serving eastern Maricopa County.

“Whoever wins this office is going to be supervising roughly 600 people. And I think it’s important to have some managerial experience,” he said.

But Hoffman noted that’s a job Schapira held without having the administrative or superintendent certification one would usually need in an assistant superintendent position — and she accused Schapira of overstating his role there by repeatedly referring to the job in the present tense, even though he switched to being a consultant in February 2017.

“He’s misrepresenting his experience, and it’s misleading,” she said.

This week, Hoffman put up a commercial accusing Schapira of being a bully.

The ad shows two women, both with shadows covering their faces and one with an altered voice, talking about their experiences working with Schapira — disguises Hoffman defended as necessary to prevent retaliation. One described him as “aggressive” and “a bully” who is unable to control his temper.

Then there’s the call Hoffman recorded between the two of them, when Schapira warned that other people “did a lot of research on you and your family,” and that he wasn’t going to use it, but “if the gloves are off, the gloves are off.”

Hoffman said she took that as a threat, and said she doesn’t believe he would have spoken to her like that if she were a man.

Schapira said he’s not a bully, but describes himself as “gregarious” and a big guy and realizes he can come off as “in your face.”

“I would look at which campaign is going negative and attacking the other campaign and make your own decision about which one you think is a bully. I have not put out a single negative thing about her,” he said.

Gov. Ducey not interested in disciplining Arizona teachers for striking

He differs from his fellow Republican, the state schools chief, on that issue.

TUSD Superintendent Gabriel Trujillo said staff will treat the issue as “a priority of the utmost urgency” and will research the issue and have recommendations for the board to consider by August 14.

The decision to offer the course was delayed because the textbook wasn't properly vetted.

Bonds and overrides pay for everything from art teachers and all-day kindergarten, to putting up new security fences and building new schools.

A new law could potentially leave the state with a multitude of different tests to measure school success, eliminating comparison abilities.

Immediately after approving an already-tight budget, the TUSD Governing Board went against the advice of its budget director and voted to spend more.

The state and federal governments' roles in helping struggling schools pull themselves up by their bootstraps have diminished in recent years.

In TUSD, teacher raises will come at expense of school safety, repairs

Teachers, support staff will see raises as capital needs fall by the wayside.

Four Republicans are challenging Diane Douglas in the Aug. 28 primary.

Arizona schools are near the bottom of the barrel nationally when academics, class size and even student bullying are considered, study finds.

Republican Rep. Todd Clodfelter of Tucson says TUSD has something to hide, TUSD argues the forum evolved into a partisan campaign event.

In west-side Democratic primary, it's new guard vs. old guard

In Legislative District 3 where U.S. Rep. Raúl Grijalva’s name looms large, the dividing lines fall along his endorsement. Olivia Cajero Bedford, Andres Cano and Betty Villegas all have the backing of the longtime congressman. Sally Ann Gonzales and Alma Hernandez do not.

The district covers northern Tucson, including the Casas Adobes and Catalina Foothills neighborhoods, out to Sabino Canyon area in the east and Speedway on the south.

All three candidates are pitching themselves as being best suited to carry out President Donald Trump's vision for America.

Despite slight increases in scores, only 41 percent of students statewide passed the math and English tests.

While filling vacancies has become easier, hundreds of Tucson-area classrooms continue to be led by people without the proper training.

The Arizona Chamber of Commerce and Industry sought to block people from voting on the measure based on what a judge determined to be a technicality.

The activists argue that the rodeo is tantamount to animal abuse and that the longstanding Tucson tradition of Rodeo Break should be renamed. 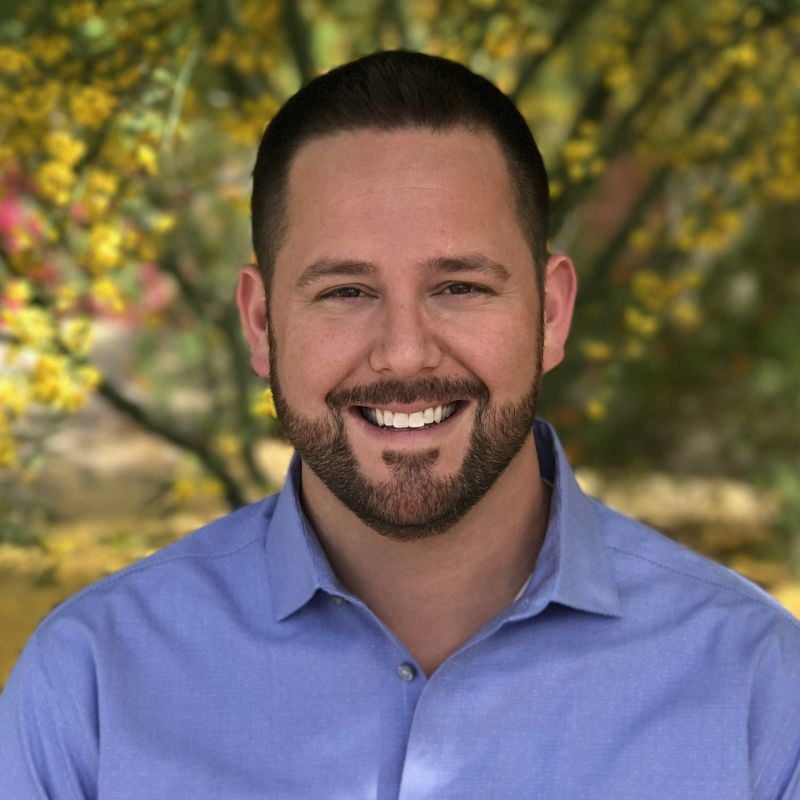 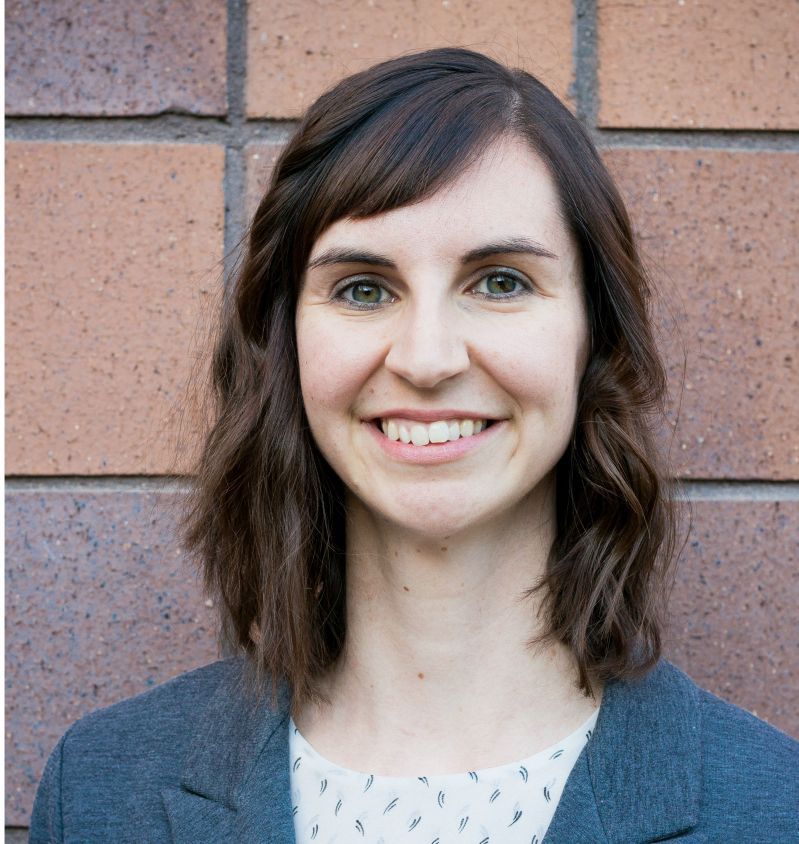