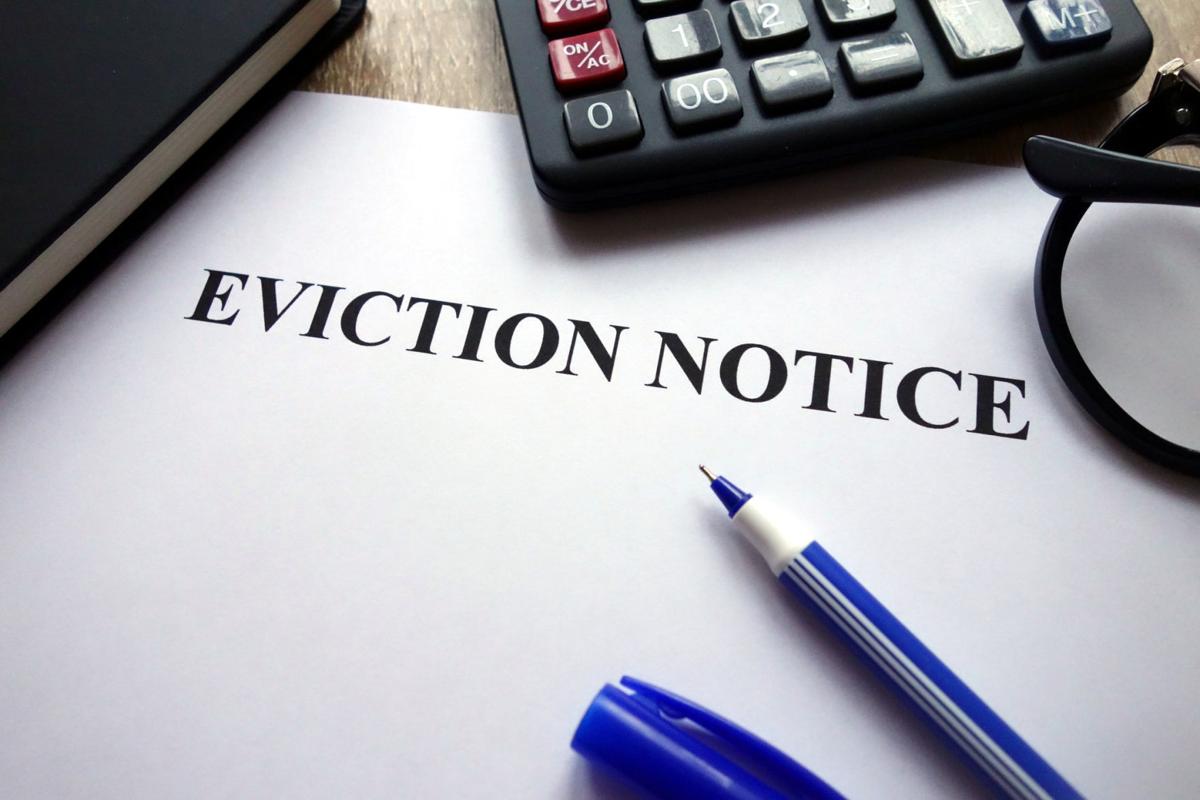 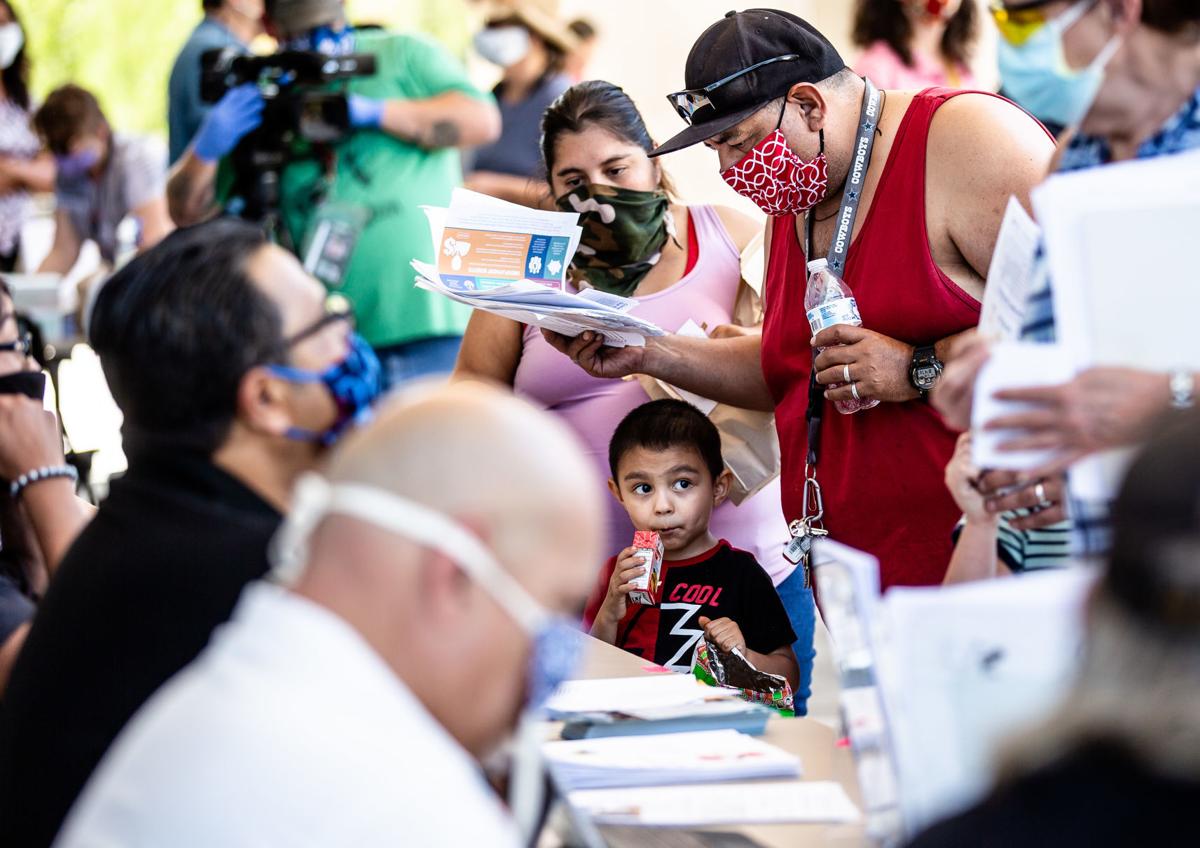 Residents across metropolitan Tucson facing eviction are sometimes still losing their homes even though they qualify for a COVID-19 reprieve under an executive order issued by Arizona Gov. Doug Ducey, a county memo says.

Since evictions resumed June 1, 783 cases have been processed and, based on a sampling of those, an eviction order has been issued about 75 percent of the time, according to a memorandum by County Administrator Chuck Huckelberry. The current average of 52 cases per day being processed at the county’s Consolidated Justice Court stands in contrast to a normal period, the report shows, when 10 to 30 cases are heard per day.

Huckelberry, in a 15-page memorandum provided to the Board of Supervisors on Tuesday, said the issues “require further information and appropriate investigation not only by the County Attorney, but potentially the Arizona Office of the Courts.”

But Adam Watters, presiding judge at the court, said the judges are trying to deal “as best they can.”

“I honestly don’t believe any part of the governor’s executive order was not obeyed by our court,” he said, referring to a March 24 order that’s intended to both protect the tenants during the pandemic but also allow landlords to seek evictions. The order is in effect until July 22.

In some cases, tenants are being allowed to stay after a judge granted the eviction, “but a constable cannot physically execute a writ or restitution, which means force the tenant the leave the property, until after the moratorium lifts,” said Amanda Rutherford, an attorney with Tucson’s Step Up To Justice.

The temporary reprieve is for people facing financial hardships, caregiver duties or health risks due to COVID-19.

Huckelberry wrote to the board that he’s concerned the order is not being uniformly enforced or actively considered in the county’s eviction proceedings.

His memorandum included findings by Arnold Palacios, director of the county’s Community Services, Employment and Training, as well as Marcos Ysmael, who is program manager of the County Housing Center.

Presiding Judge Watters said most of these findings are “not accurate” and that there’s “no such thing as a preorder of eviction.”

Instead, he said, there are criminal evictions being carried out immediately because, for example, the tenant falsified information on the application, damaged the rental property or had people living on the premises who were not included in the lease.

“There are a group of exceptions for immediate evictions,” he said, adding that there is nothing in Ducey’s executive order that suggest the judges discontinue those evictions.

Watters said the pandemic and some of the changes that have followed mean there’s been a learning curve while the court has been flooded with evictions.

He said the court has been trying to adapt to better accommodate people during the pandemic.

He said people can call in, use an application like Zoom or, if they can’t attend telephonically, they can come to the court and use a computer or telephone there.

Watters, in a written response to Huckelberry, said there’s “no legal basis for delaying evictions, as long as we remain compliant with the (executive order).”

“None of the Pima County Consolidated Justice Court justices of the peace is delaying evictions at this time,” he said. “Indeed, we have contacted courts throughout the state, and it appears all justice courts are holding evictions.”

However, he wrote, the court is informing tenants facing eviction that if they fall under COVID-19 protections, “they have the right to bring that to the attention of the court or the process servers and may also work out a solution with their landlord.”

Huckelberry wrote that the problems do not appear to limited to Justice Court. The other problem is that, while some constables are reporting that they are not evicting if a tenant can provide proof of COVID-19 problems, others are evicting as long as there is an order to do so, regardless of the circumstances.

The memorandum also shows that the county’s constables have found that most tenants were not aware that they needed to give their landlord a letter explaining their temporary hardship due to COVID-19.

A sample of 27 tenants showed that while 88% communicated with their landlord verbally, only about half discussed a payment plan and only 28% had given a written letter, which is required.

In 27 of the reviewed cases, the judge noted that there is no evidence of COVID-19 reasons for nonpayment. However, tenants did not appear for any of those cases, so there is concern that the lack of evidence does not accurately reflect whether the tenant does have a reason for nonpayment.

Abby Louise Jensen, who works as an appellate attorney with the Pima County Public Defender’s Office and a member of the Southern Arizona Chapter of the National Lawyers Guild, said she felt compelled to speak out on behalf of tenants here.

She called the Arizona Office of the Courts last week and said she was concerned that people were not being able to participate in their hearings.

“We were told the tenants who show up at court can participate by phone or Zoom, but what we’re hearing is that they are not letting people into the courthouse, let alone into the courtrooms,” Jensen said. “The court has been foreclosing on that procedure and short-circuiting due process.”

Under the order, people are not supposed to be evicted unless it’s “in the interest of justice,” but what that means is open to interpretation.

“They are not giving the tenants the ability to argue that it’s not in their interest,” Jensen said.

Paul Julian, judicial education officer with the Arizona Office of the Courts, said the office is trying to provide guidance to all the state’s courts about how to handle evictions during the pandemic.

“The Governor’s Executive Order addresses issues related to evictions which required the courts throughout the state to make adjustments,” he wrote in response to an email from the Arizona Daily Star.

“We are trying to provide guidance to the Courts throughout the State to follow Governor Ducey’s Executive Order and the Arizona Revised Statutes, and the Rules of Procedure for Eviction Actions.”

He said there is not an investigation underway regarding Pima County’s court system.

Supervisor Sharon Bronson, who represents District 3, said she hopes these issues will lead to significant changes.

“As we deal with this COVID emergency, I think we should rethink how we do evictions,” she said. “My concern is that in doing these evictions, we are going to put more people in our community at risk.”

She said what is happening right now is “neither humane or ethical.”

“As the pandemic passes, we need to rethink our whole equation with justice and law enforcement, and I think this an opportunity to do that,” she said. “We need to make it equitable for the tenant and the landlord.”

The presiding justice of the peace for the Pima County Consolidated Justice Courts, said the order was the result of a letter some justices wrote, asking the state Supreme Court to review their court operations.