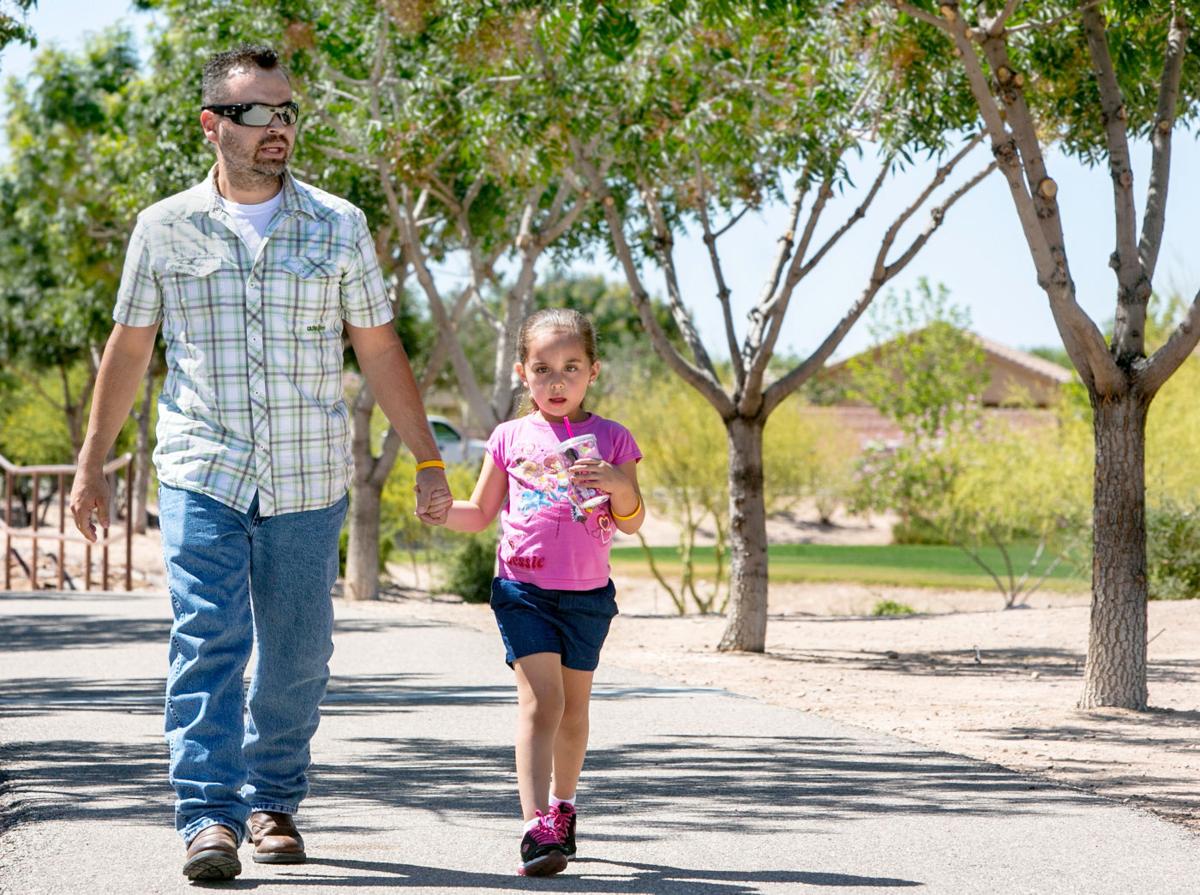 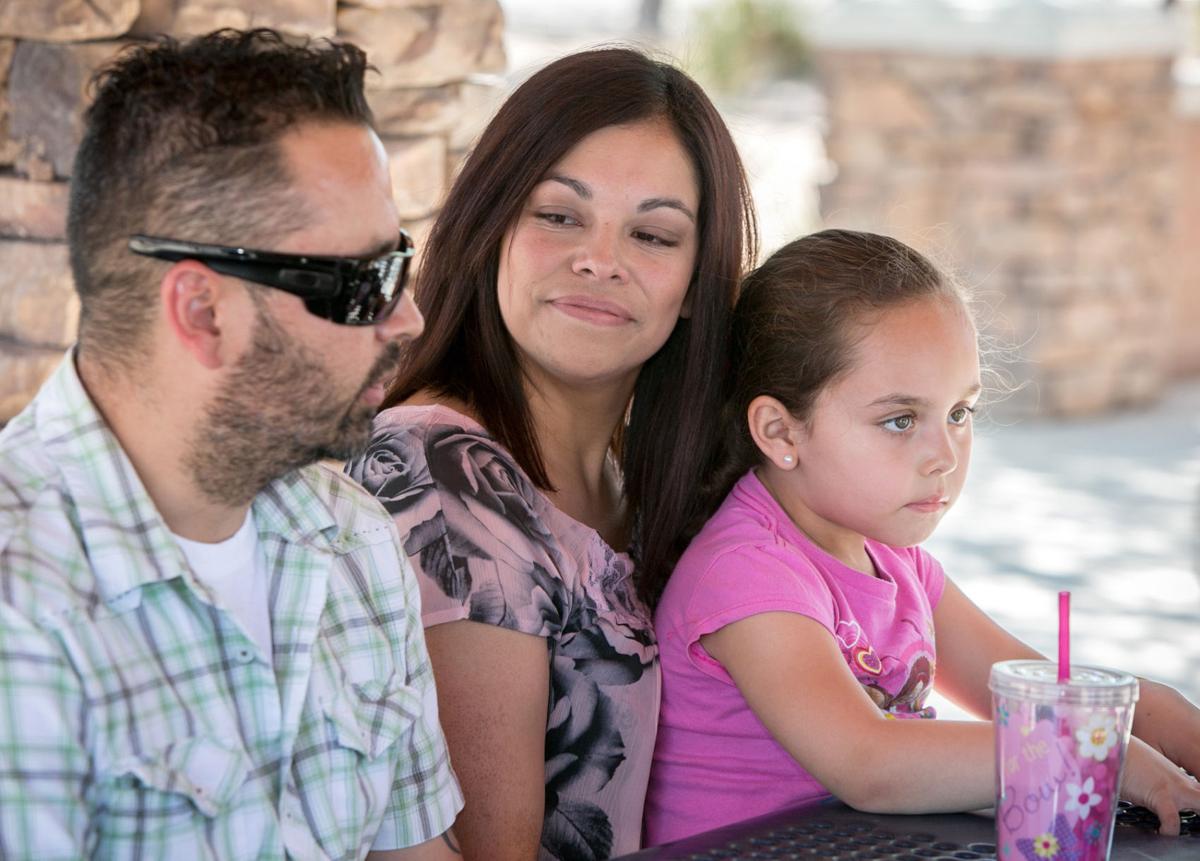 Joseph, Lizette and Gianna Hurtado are being supported emotionally and financially by family, friends, strangers, and co-workers with Arizona DPS.

But now that his own child’s safety is threatened, Hurtado’s family, friends and coworkers at the Arizona Department of Public Safety are rallying around his family in support.

Two weeks ago, 4-year-old Gianna Hurtado was diagnosed with an aggressive and rare brain tumor.

Diffuse Intrinsic Pontine Glioma, known as DIPG, are tumors found in the base of the brain, in the area that controls breathing, blood pressure, and heart rate.

Roughly 300 children a year are diagnosed with DIPG and treatment options are limited, since surgery in that part of the brain is highly dangerous and chemotherapy options are experimental, according to the Dana-Farber/Boston Children’s Hospital.

Since the diagnosis, it’s been a busy two weeks of doctor visits, testing and even a week-long stay at Phoenix Children’s Hospital, said Gianna’s mother, Lizette Hurtado.

“Right now we’re doing research to get all of the knowledge we can,” she said. “Neither of us had ever heard of this before.”

In late April, Lizette noticed her daughter watching television with one eye closed, and figured out Gianna was having double vision.

The Hurtados are looking for alternative treatments, and plan to enroll Gianna in a clinical trial, after she completes the six-week cycle of radiation at Banner-University Medical Center Tucson, beginning next week.

“We’re narrowing it down to see which clinical trials will be open when she finishes radiation,” Lizette said. “The two that stand out are in New York and the United Kingdom”

A friend of the Hurtados set up a GoFundMe page to raise money for any medical expenses or travel costs associated with the trial, which will not be fully-covered by insurance. In the 10 days since it was started, nearly $50,000 has been donated.

“We’re so overwhelmed by all the support of our family, Joe’s work, friends and strangers,” Lizette said. “People are doing whatever they can, whether it be prayers, donations or coming to visit us.”

DPS Director Frank Milstead and members of the command staff stopped by the hospital during Gianna’s stay in Phoenix last week.

She also received a visit from some of the characters from “Star Wars,” her favorite movie.

“She told Darth Vader at the hospital that he’s her favorite,” Joseph Hurtado said.

After learning she was a fan of the movie, the DPS set the family up with a suite at Chase Field last Saturday to watch the Arizona Diamondbacks play on “Star Wars” Night.

“The department is very family-oriented,” said DPS spokesman, Quentin Mehr. “Trooper Hurtado has this time to take with his family. No one is pushing him to come back. DPS is family, too.”

The department has held fundraisers for Gianna, as has the city of Douglas, where the Hurtados live.

“We’ve expalined (what’s going on) to her in terms she understands. We’ve been pretty honest with her,” Lizette said. “She’s strong. She’s getting through it.”

If you would like to help the Hurtado family go to:

Caseworkers made 88 visits before Tucson toddler was killed

As a newborn, he was removed from mother and placed with relatives.

Top trauma surgeon and his team treated victims of the Jan. 8, 2011, mass shooting in Tucson.

Joseph, Lizette and Gianna Hurtado are being supported emotionally and financially by family, friends, strangers, and co-workers with Arizona DPS.