PHOENIX — With a possible lawsuit looming, Gov. Doug Ducey let go Wednesday of some — but not all — of the federal money he got for local communities.

Ducey is allocating only $441 million, a quarter of the more than $1.9 billion he is getting in coronavirus relief dollars.

Most of the rest, he said, will be set aside for the state’s future needs, including the possibility of replenishing the unemployment insurance trust fund if it runs dry.

The governor’s action came two weeks after the Pinal County Board of Supervisors voted to file suit to force him to distribute the money.

Strictly speaking, the plan was to sue not the governor but the Treasury Department over its written guidance for distributing Coronavirus Aid, Relief and Economic Security Act funds. The argument is that by using the word “may” instead of “shall,” it gives governors too much leeway in deciding how much each community gets.

Ducey’s distribution formula computes out to $114.80 per city or town resident. Counties get the same amount, but only for the population living in unincorporated areas.

For Pinal County, for example, the aid is not quite $27.2 million.

Pinal County Attorney Kent Volkmer told the Board of Supervisors that the state’s three largest cities — Phoenix, Tucson and Mesa — as well as Pima and Maricopa counties got their own direct allocations, free from gubernatorial discretion.

If Pinal County got the same per capita aid as Maricopa County, the distribution would be more than $69 million, Volkmer said.

Ducey brushed aside questions about the lawsuit. “There’s no lawsuit necessary,” he said. “The funds are distributed.”

Indeed, the board dropped its litigation late Wednesday after Ducey made his announcement, though board members said they are hoping for more than that $114.80 per capita share.

The money Ducey is giving out is supposed to be earmarked for public safety and health needs, strictly speaking.

But the program is set up so that communities can replace the local dollars they were using for those programs with the new aid. That, in turn, frees up those dollars for other programs.

Ducey said it gives maximum flexibility to each city, town or county to decide how best to allocate the money.

Sahuarita Mayor Tom Murphy said that’s appropriate, given how different the state’s more than seven dozen cities and towns and 15 counties are.

“We’re a relatively young city, the fifth youngest in Arizona,” Murphy said. He said Sahuarita hasn’t taken the hit in tourism that has ravaged the economies of places like Bisbee and Tombstone.

“That flexibility will come in very handy,” he said.

Prescott Mayor Greg Mengarelli said revenues in his city are expected to be down by 10% to 20% because of the pandemic and the business closures and travel restrictions.

“But rather than replacing those dollars, we really want to start some projects with long-term economic benefit,” he told Ducey.

“We have a couple of projects on the shelf that we’d like to implement,” Mengarelli said, providing no specifics. “We just haven’t had the funds to do that.”

As to the money Ducey got but has not given out, another $150 million is being allocated to what the governor calls the Express Pay Program.

Everything else, Ducey said, is going to be banked, as he waits to see what the state’s financial situation will be. “We are going to have needs at the state level,” he said.

One reason is that more than 600,000 Arizonans have applied for unemployment insurance since the virus outbreak. “Those are dollars that need to be replenished,” if the account goes to zero, Ducey said.

Under normal circumstances, the unemployment insurance fund would borrow money from the federal government. That’s what happened a decade ago when the state needed to borrow $420 million.

In that case, it took a surcharge on employers — the people who finance the fund in the first place — to repay the loan. Ducey suggested that the state might instead decide to finance the deficit, letting employers off the hook.

** Dollar figures not included for areas that received allocations directly from U.S. Treasury.

*** Allocations for Pinal cities in the Phoenix area not listed here.

The governor acknowledged the number of cases of people contracting the virus has increased in the weeks following his decisions. But he said that was to be expected, what with more people getting tested.

Dr. Marjorie Bessel noted a sharp spike in infections following the decision in the middle of last month by Gov. Doug Ducey to scrap his stay-at-home order.

Ducey has repeatedly sidestepped the question of raising the state benefits cap, which is the second lowest in the nation, saying that Arizonans are protected by that extra $600 a week. 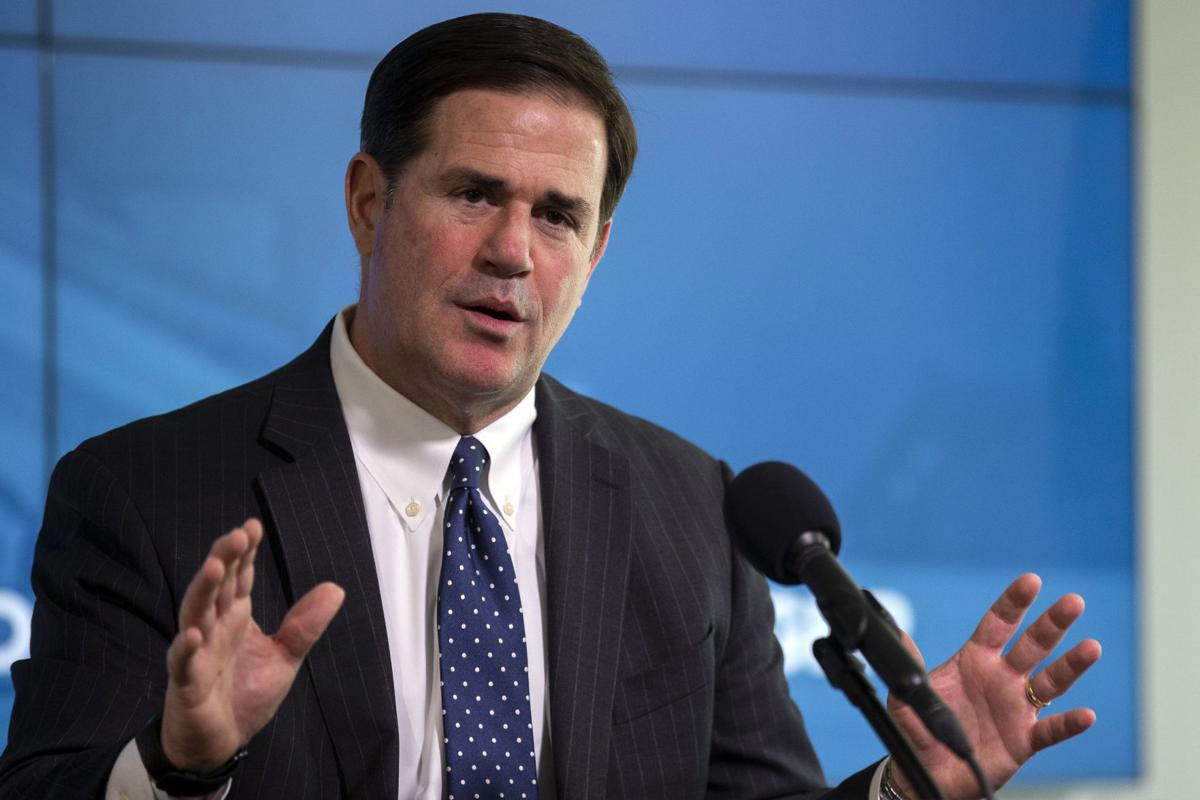 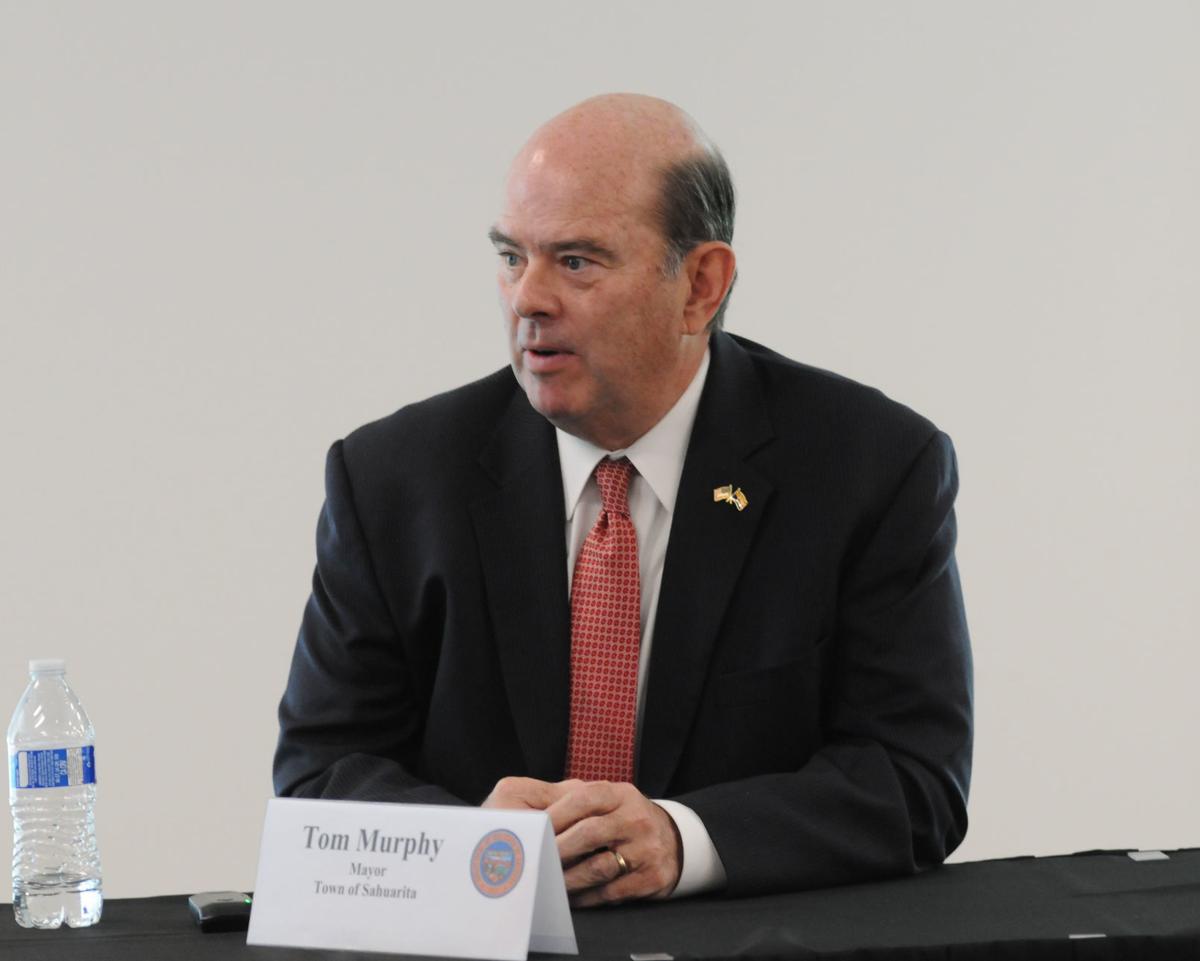