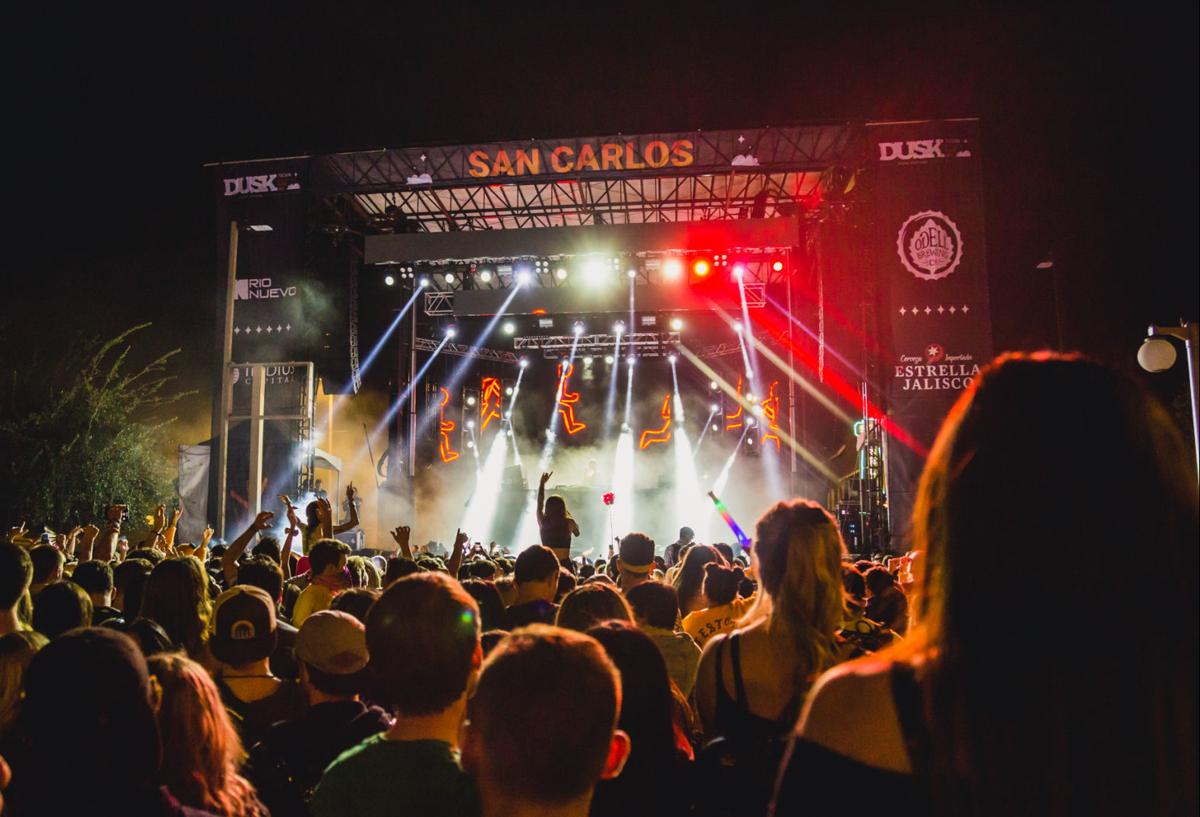 Dusk Music Festival founder Page Repp said festival organizers had lined up headliners for the 2020 festival, planned for Nov. 14-15, but have hit pause on signing up the supporting acts in light of the coronavirus pandemic. 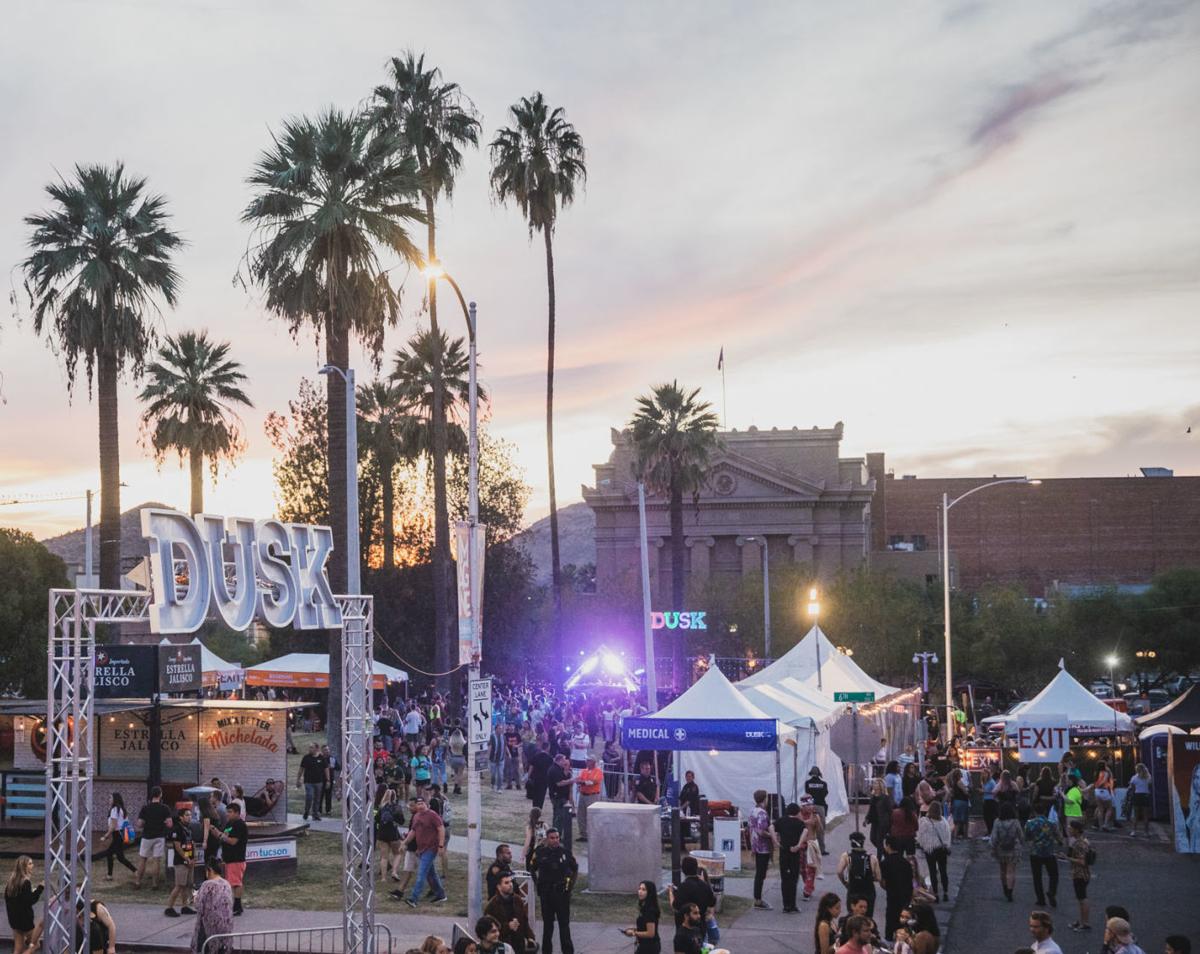 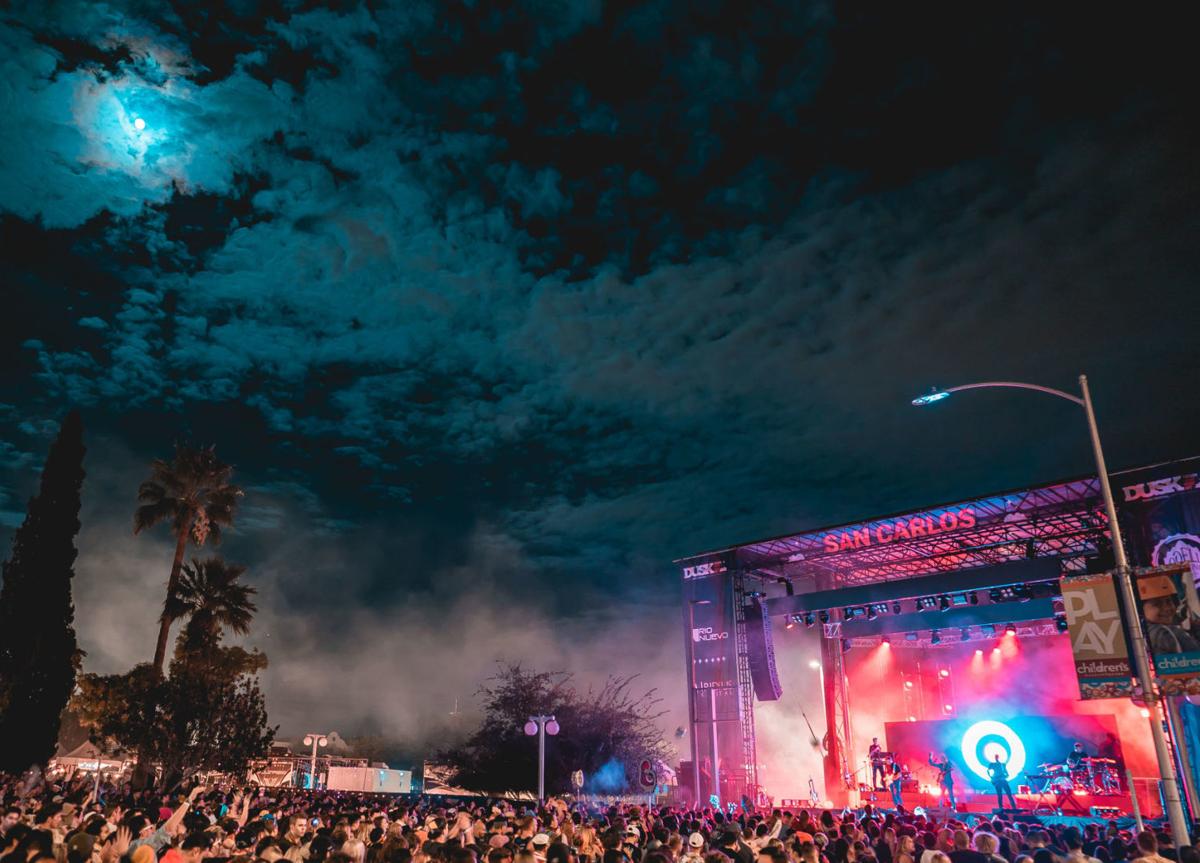 Dusk Music Festival will be held at Jacome Plaza in November.

The Dusk Music Festival will have its third home in five years when it sets up in November at Jácome Plaza downtown.

The latest move, recommended by Tucson City Manager Michael Ortega, comes on the heels of a lawsuit threatened by a small but vocal group of residents of the Armory Park neighborhood. The group wanted the city to withhold permits to bring the two-day EDM music festival back to Armory Park, where it had been held in 2018 and ’19.

Residents’ biggest concern was that the festival was over two days, creating inconvenient disruptions in vehicle and pedestrian traffic, said Armory Park Neighborhood Association President David Bachman-Williams. Some residents also complained about the noise, he said.

“It was too long a weekend,” said Bachman-Williams, who cited results of a residents survey the association conducted after each festival. “To have disruption of noise and everything else for a day is livable. But when it becomes a whole weekend, it seems to be endless.”

“It was a great festival. It went really well,” he said, conceding that he had heard some residents were upset about the noise and traffic inconvenience.

Repp said the plan from the beginning was to hold the festival downtown. The inaugural event in 2016, which featured two stages, a visual arts element and a pair of nationally known headliners sharing the stage with local and regional acts, was held over two days at Rillito Park. The event returned to Rillito for year two before relocating in 2018 to Armory Park.

“We looked at Jácome a couple years ago when we were looking to move downtown,” Repp said.

“Jácome works the best. I’ve laid out a site plan and it works really well.”

In an email sent last Saturday to city officials including Mayor Regina Romero, Ortega said he told Dusk officials he supported the move to Jácome Plaza, 101 N. Stone Ave., on the condition that Repp and the festival “work out the logistics including coordinating with the downtown businesses.”

Repp said he believes most of the businesses impacted by the November festival are not open on weekends so the disruption could be minimal. And he said he’s hopeful the location, site of a number of big community events including Tucson Meet Yourself, works and could become the festival’s permanent home.

“We would love to stay in one place,” Repp said.

Repp said they have lined up headliners for the 2020 festival, planned for Nov. 14-15, but have hit pause on signing up the supporting acts in light of the coronavirus pandemic. The health crisis, which led to a statewide stay-at-home order on March 30, has forced the cancellation of the Pima County Fair, Country Thunder Music Festival in Florence and KFMA Day and the postponement of dozens of concerts including shows planned through late May at the AVA at Casino del Sol.

Once the dust settles, Repp said they will resume planning for the festival.

The 2020 Dusk Music Festival is set to take place Nov. 14-15 at Jacome Plaza, 101 N. Stone Ave., downtown. The lineup is a work in progress due to the coronovirus health crisis. Organizers said they will pick up where they left off with the lineup once things settle down. For information and updates, visit duskmusicfestival.com

Drew Cooper thinks the Dusk Music Festival fans might find they like a little country with their EDM.

After taking a year off, the three-day EDM music festival at the Pima County Fairgrounds is back bigger than ever.

The big party is on the mall: Welcome to tailgating Tucson style

Dusk Music Festival founder sets up and RV and fires up the grills for 200 friends.

Confirmed coronavirus cases in Arizona almost at 4,000; 700 in Pima County

The number of confirmed coronavirus cases across Arizona is 3,962, Arizona health officials said on Wednesday.

By the numbers: Map of coronavirus cases in Arizona broken down by county, April 15

Dusk Music Festival founder Page Repp said festival organizers had lined up headliners for the 2020 festival, planned for Nov. 14-15, but have hit pause on signing up the supporting acts in light of the coronavirus pandemic.

Dusk Music Festival will be held at Jacome Plaza in November.