Arizona bill sets up guidelines to identify, help students with dyslexia
Share this
1 of 2 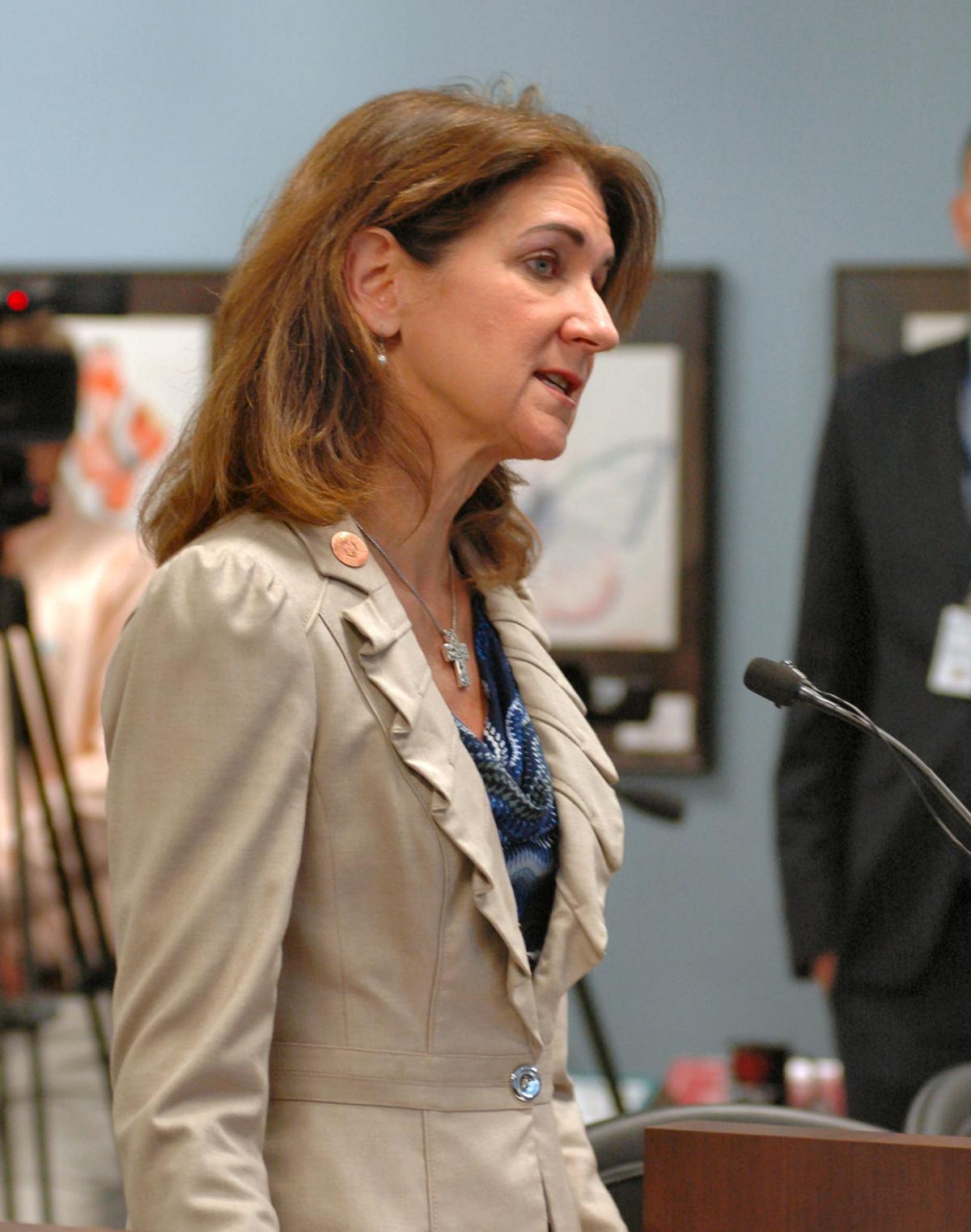 Rep. Jill Norgaard tells the state Board of Education about a handbook on students with dyslexia. 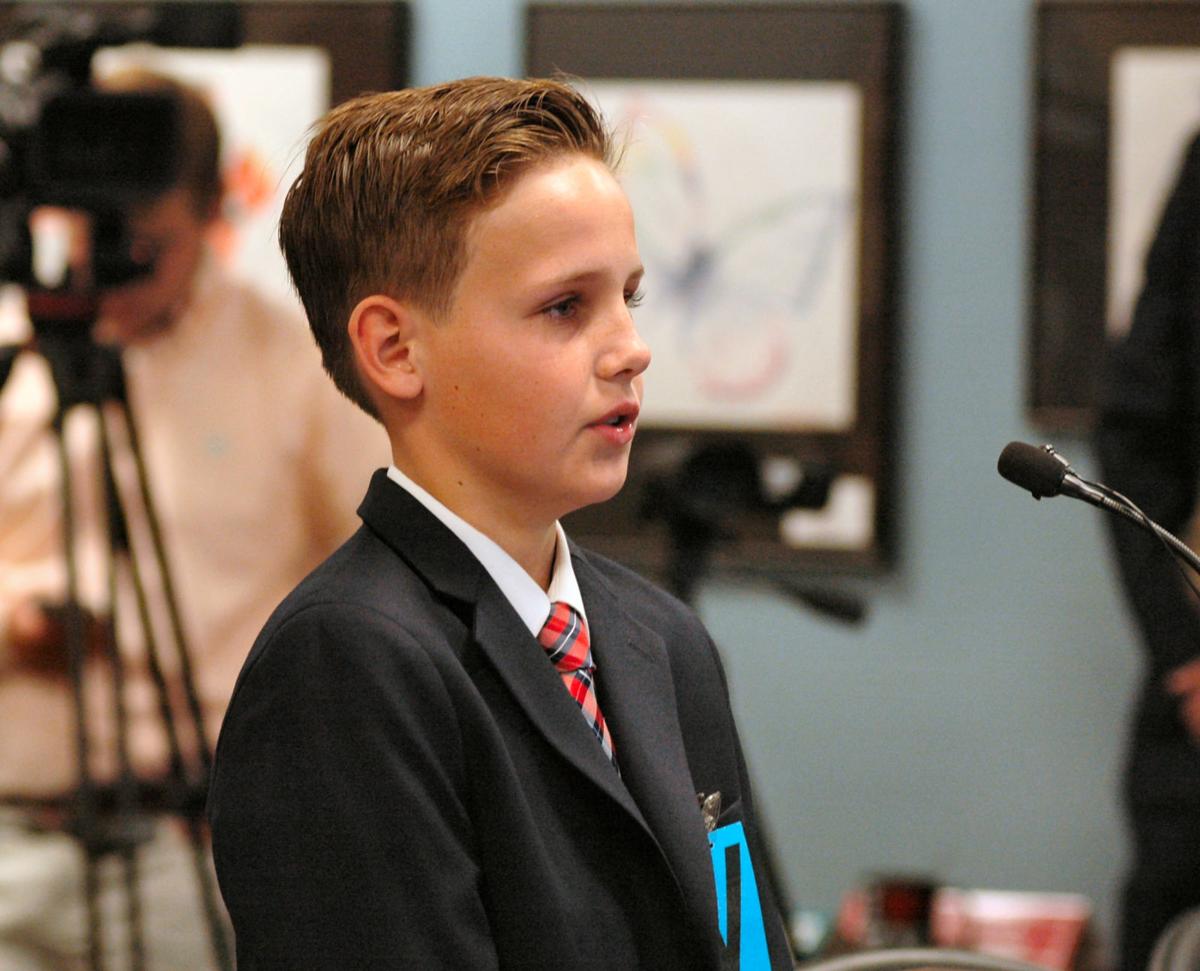 Fourth-grader Charlie LeVinus explains to members of the State Board of Education the struggles he went through before finally being diagnosed with dyslexia.

PHOENIX — Arizona is on the verge of requiring schools to do more to identify students with dyslexia and giving them the guidelines for how to deal with them.

The Senate on Monday gave final unanimous approval to legislation allowing the state Board of Education to create a handbook for schools. That already appears to be accomplished, with Rep. Jill Norgaard, R-Phoenix, telling board members earlier in the day one has been prepared and is ready for adoption.

But the potentially more significant part of HB 2202, which now goes to the governor, is redefining dyslexia in a way Norgaard said more accurately reflects the condition. She said that by itself should help students get identified earlier and get them the help they need before they fall behind.

Norgaard said Arizona will be the 15th state in the nation to create such a handbook.

What makes that all the more remarkable, she said, is until October 2015 federal education guidelines, “You weren’t even able to mention the D-word in schools.”

Whether that was a specific prohibition is less clear.

In that 2015 letter to schools, the U.S. Department of Education said it found that schools are “reluctant to reference or use dyslexia” in evaluating students or developing individualized education program. Assistant Education Secretary Michael Yudin said he wanted to “clarify” that’s not the case.

Whatever the situation, Norgaard said it freed parents, educators and other volunteers to start working to ensure that schools were finding dyslexic students and providing needed help.

The problem, she explained, is that students who have problems in word recognition and decoding are often simply considered to be slow readers, especially when there is no other disability found.

“Dyslexia students are typically very bright,” Norgaard said. “They memorize a lot of things,” she said, starting as early as age 3.

It isn’t until they get into second and third grade where there’s a noticeable drop in reading comprehension, especially when problems are presented in story form.

“It’s been identified that 17 percent of students have some form of dyslexia,” she said.

Part of the problem, Norgaard said, is students sometimes get identified as disabled and are put into programs where they have individualized education plans or put into special education programs. She said the change in law, coupled with the handbook, will lead to “focused intervention” that eventually will put the student “back into the mainstream.”

And there’s a financial benefit to the state, said Norgaard.

“If you start spending money more on early intervention you’re not going to see kids fall off in third and fourth grade where they hate school, they don’t want to go to school any more,” she said. Norgaard said what’s in the handbook follows successful models in other states.

Education board members getting updated on the handbook and Norgaard’s legislation got the benefit of hearing from Charlie LeVinus, a fourth-grader who has been diagnosed with dyslexia.

Charlie explained how he scored in the 96th percentile or higher among all students in a first-grade test in math, reading and other skills.

“Because we were in first grade, it was read to us in class,” he told board members.

“However, I knew I was still having reading problems,” he continued. “I was afraid of being called on in class.”

It took efforts by two specialists to get the diagnosis of double-deficit dyslexia. He attended a summer program five days a week, seven hours a day for six weeks to “reprogram” his brain.

The result, Charlie said, is he now reads above grade level.

All public school students will be eligible to get state money to attend private and parochial schools, but will have to stand in line.

Schools should be able to censor student journalists, some Arizona lawmakers argue

Legislation designed to protect student journalists from censorship hit a roadblock Thursday amid criticism from some lawmakers.

The state Board of Education approves the new school report card formula, which grades schools’ performance on an A through F scale.

Rep. Jill Norgaard tells the state Board of Education about a handbook on students with dyslexia.

Fourth-grader Charlie LeVinus explains to members of the State Board of Education the struggles he went through before finally being diagnosed with dyslexia.