With Legos, kids build on medical know-how
Share this
1 of 2 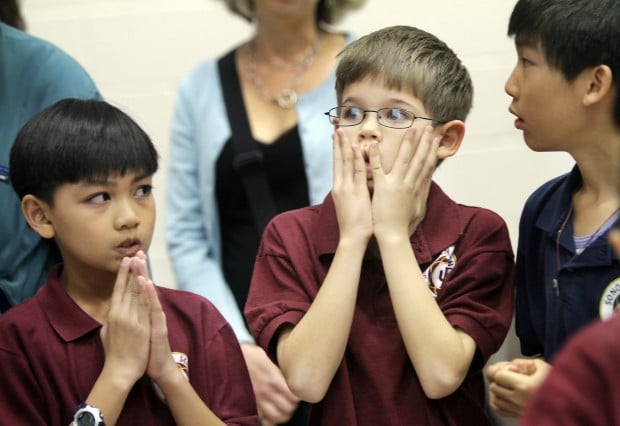 The tension is palpable as, from left, Josh Garcia, AJ Alameda and Sammy Sim watch their creation at work. 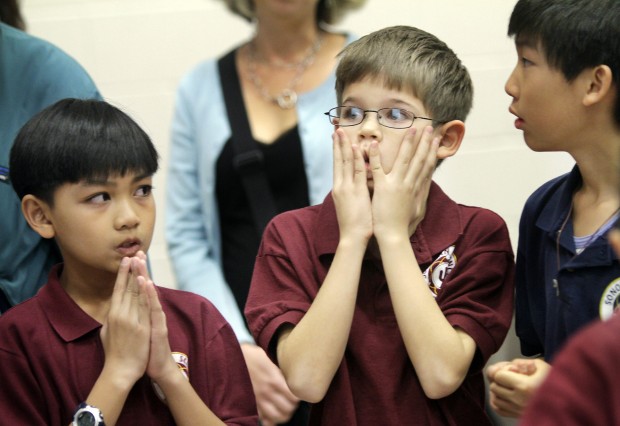 Most kids play with Legos for fun, but some Tucson-area students used them Saturday to build robots that solve biomedical engineering problems.

The 29 teams in the regional FIRST Lego League contest at Wakefield Middle School built robots that completed mock tasks such as opening a clogged artery using a stent, setting a broken bone and delivering a precise dose of medicine. All of the students are ages 9 to 14.

"We try and have a lot of fun with it while getting the message across and informing people," said Andrew Brooks, 13.

His team from Orange Grove Middle School is the G.I. Joes - and the G.I. stands for gastrointestinal.

Their project involved educating people about the importance of taking antibiotics only when necessary, to avoid killing good bacteria in the gut.

The G.I. Joes and six other teams - the Master Minds, the Boys of Tucson, the Dermis Defenders, the Brick Masters, the Cougars, and the Sonoran Science Academy-Broadway - will advance to the state championship rounds next Saturday at Arizona State University. That contest draws about 2,000 students from across the state.

The local tournament is directed by Craig Wittman, a Raytheon Missile Systems engineer.

"The whole tournament is like a microcosm of how technical businesses compete and operate," he said.

In addition to building robots from high-tech Lego sets, the young engineers have to talk about how the robot works and how it was built. They have to do a research project on how technology can help people, and they have to work as a team and help others.

Some are inspired to pursue engineering careers.

Sean McGroarty, 13, from the G.I. Joes, said he's interested in engineering because "you get to build stuff, design stuff and you get to help people."

26 teams compete their Lego robots in the 2010 Body Forward Challenge.

The tension is palpable as, from left, Josh Garcia, AJ Alameda and Sammy Sim watch their creation at work.