PHOENIX — Calling the money from Proposition 123 a nice start, education advocates are now demanding lawmakers restore the other $1.2 billion they say has been cut from K-12 funding since 2009.

Dick Foreman, president of the Arizona Business and Education Coalition, said during a press conference Monday at the Capitol that the money is there. He said it’s time for lawmakers to revisit the hundreds of millions of dollars in tax credits that have been granted, largely to businesses, including a batch of credits enacted in 2011 that Dana Naimark of the Children’s Action Alliance said will cut revenues by $700 million by 2019.

“That’s money we should be investing in our schools,” Naimark said.

But getting that done could prove difficult, if not impossible.

It takes a two-thirds vote of both the House and Senate — and concurrence of the governor — to end existing credits. And Gov. Doug Ducey was elected on a promise to reduce taxes every year of his tenure.

Gubernatorial press aide Daniel Scarpinato reiterated after Monday’s event that his boss will oppose any tax hike. But he opened the door a bit for what he called “tax reform.”

“Certainly, part of that discussion would be how do you do it in a way that results in more dollars for education,” Scarpinato said. But he quickly added that while Ducey wants to “improve the tax code,” that also means “people aren’t paying more in taxes.”

That still leaves the question of how to find the money that even Ducey said is needed beyond the approximately $300 million a year that Prop. 123 will raise for the next decade.

By contrast, the Children’s Action Alliance figures schools lost $371 million a year in funding for textbooks and technology. There’s $260 million the state is not providing in funds to maintain building, $218 million when state-funding of full-day kindergarten was repealed and an assortment in cuts in other funding like teacher development and early childhood education.

“We do have money now,” said Joe Thomas, president-elect of the Arizona Education Association.

That contention has been disputed by Republican legislative leaders who said the fragile state of the economy means the state cannot rely on the current revenue stream. So instead, they have used some of those extra dollars to undo the bookkeeping gimmicks that were used to balance the budget in prior years.

Scarpinato said there may be a middle path of sorts.

He said the state now has a “structurally balanced” budget, with revenues exceeding expenses without the need for the gimmicks.

Scarpinato also noted Prop. 123 settles the lawsuit filed in 2010 by schools after lawmakers ignored a voter-mandated requirement to boost aid to schools every year to match inflation. A trial judge already ordered the state to immediately boost aid by more than $330 million; the settlement was reached before she could address the more than $1 billion the state had failed to pay in prior years.

And that settlement, Scarpinato said, is coming largely out of state land trust proceeds and not the general fund. All that, he said, puts the state on good financial footing heading forward.

“Which means that we actually are in a position where we can have these discussions because we’ve got money in the bank,” Scarpinato said.

Patience — and trust — may be in short supply.

Beth Simek, president-elect of the Arizona PTA, said the closeness of the vote shows a large number of people are concerned that lawmakers will not follow through with the promise that Prop. 123 was billed as only a first step.

“Based on track records, to be honest with you, I can’t blame them,” she said. What that means, Simek said, is keeping pressure on lawmakers — and getting involved and electing representatives and senators who are committed to improving K-12 funding.

“The legislators have been counting on our apathy,” she said.

She said voters need to ask candidates more than the generic question of will they support public education, but instead be pressured into spelling out exactly what they will do.

But don’t look to Simek’s organization to suggest to people how they vote. She pointed out the PTA is formed as a nonprofit organization that cannot get involved in politics.

Two billionaires lead the pro donations, while an opposition group has raised just $617.

Arizona treasurer said law will force state to pay out more than it earns in trust. 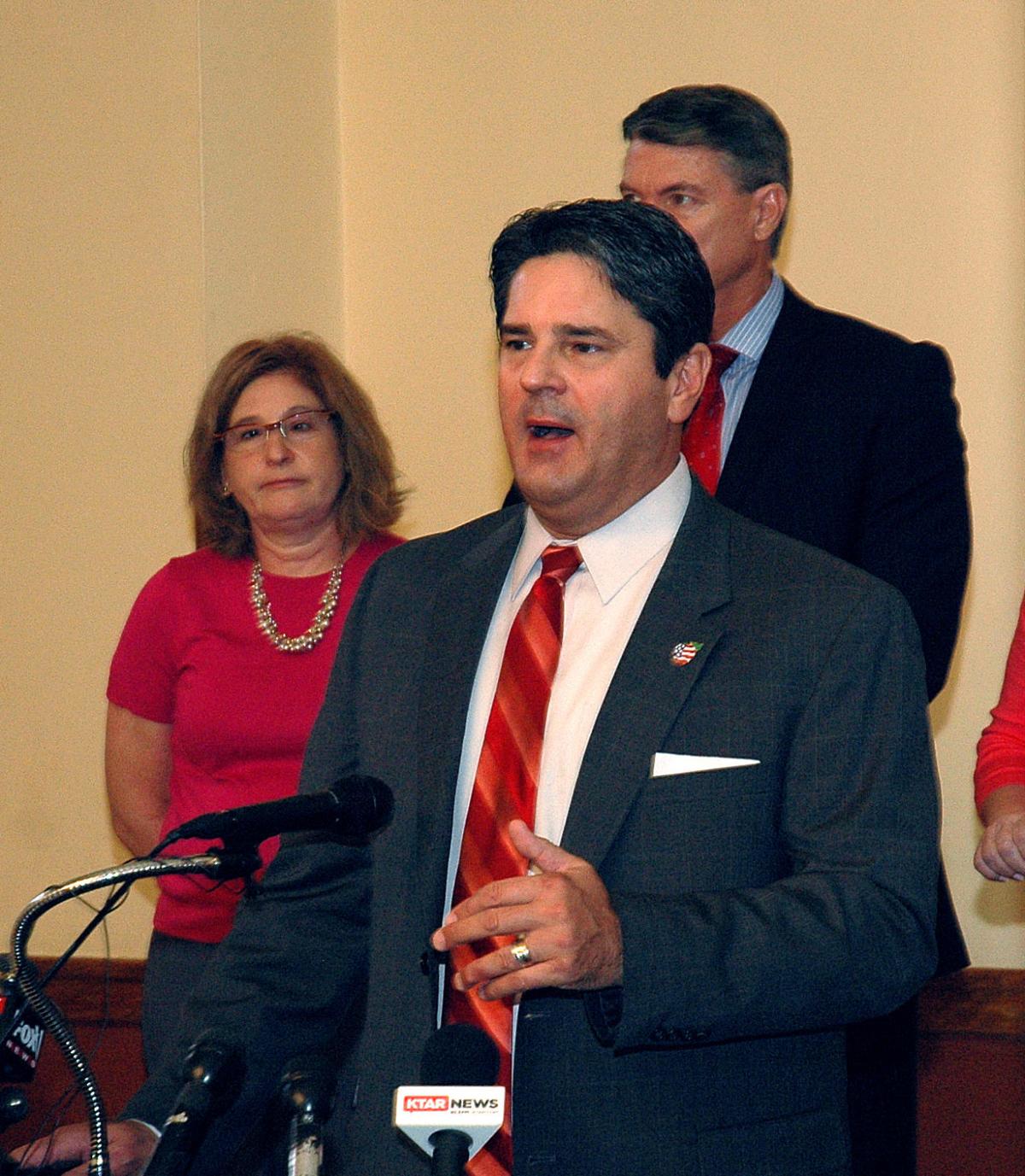 President-elect of the Arizona Education Assoc. 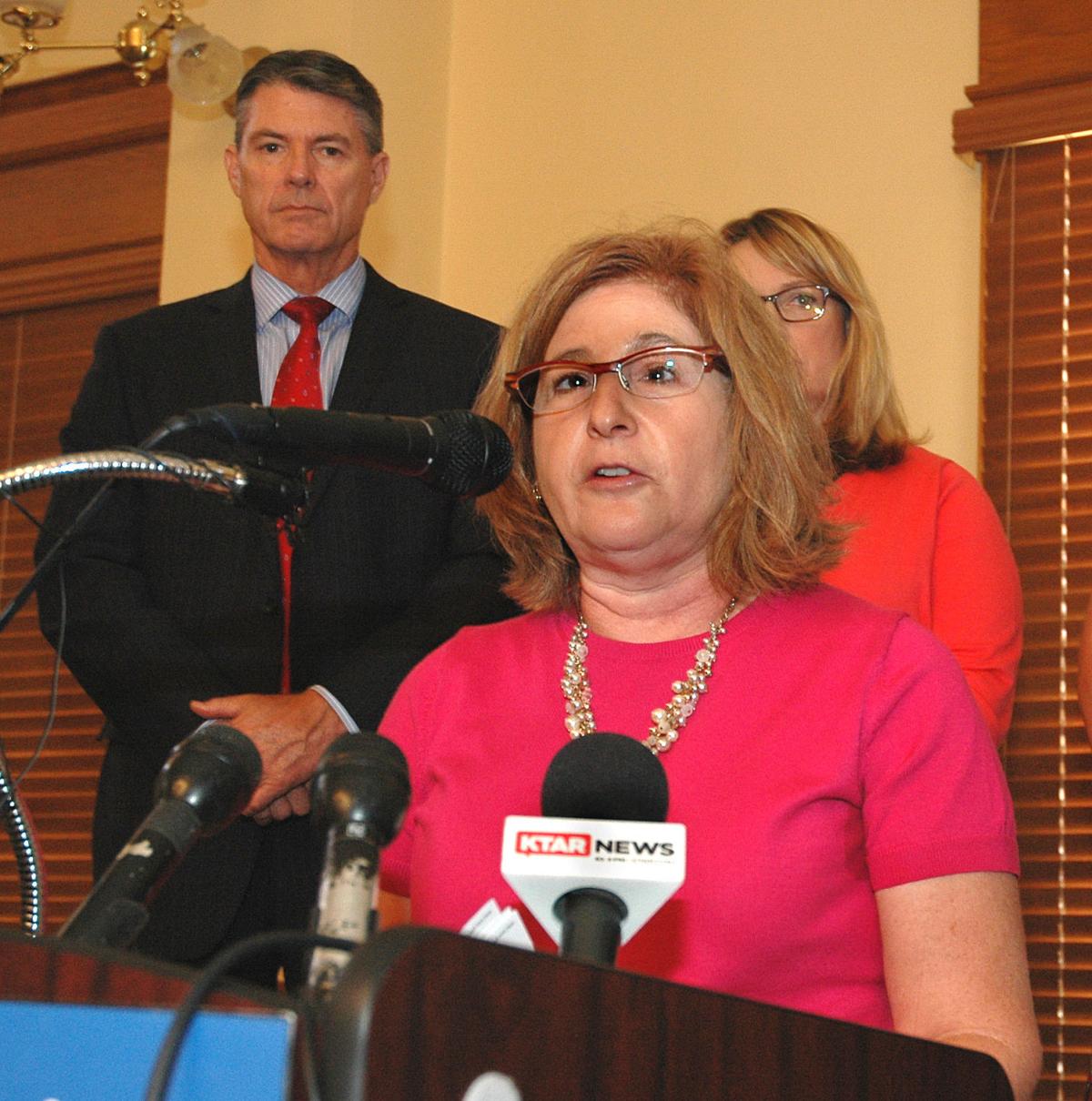 President of the Children’s Action Alliance