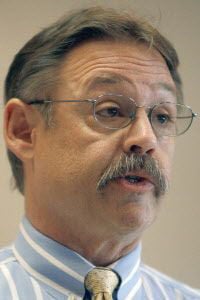 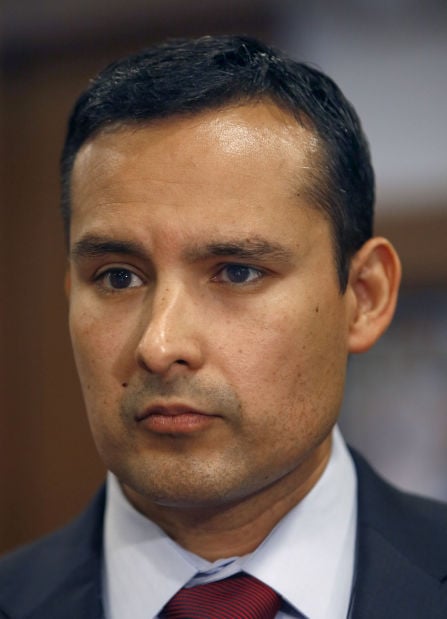 A revised version of SB 1120 calls not only for a forensic audit of desegregation funding before any of it can be spent, but puts school districts on the hook for the cost of the analysis.

While the bill’s sponsor, Rep. Mark Finchem, R-Oro Valley, says the proposed legislation is geared toward districts that budget more than $15 million in desegregation funds, that really only applies to Tucson Unified School District and the Phoenix Union High School District.

“There is a mounting bit of evidence that the desegregation funds are being used for things other than desegregation,” Finchem said.

But he would not provide details of the evidence, saying only that the point of writing legislation is usually a “response to bad acts.”

While desegregation money was previously used at the discretion of the district and governing board, TUSD Superintendent H.T. Sanchez says he is not aware of any misuse, especially given a strict review process that requires every dollar spent to be accounted for. He plans to testify in front of the Legislature Wednesday morning on the matter.

“I don’t have any aspect of my TUSD budget more scrutinized and reviewed by more people and more lawyers than these (desegregation) funds,” Sanchez said. “These funds are reviewed at the highest level of scrutiny I have ever seen any funds reviewed at.”

Sanchez added an external auditor already reviews the budget and results are forwarded to the auditor general.

Finchem, however, argues a forensic audit is necessary and believes it is appropriate to force districts to pay for it.

While Sanchez says he is not afraid of what a forensic audit would find, if it has to be done, his recommendation would be to get it done in a timely manner to ensure that the district can build its budget, hire staff and serve students.

The process itself could take four to six months, and even then funds could not be spent until the House Appropriations Committee reviews it, assuming it is in session. The cost of such an analysis is unknown.

Legislative delays not withstanding, the district’s federal court order requires certain services be offered, otherwise TUSD is at risk of being out of compliance, and the likelihood of getting out from under the order decreases.

The audit, which would be conducted by the Arizona Auditor General, would look for evidence of criminal conduct and misuse or misappropriation of money.

In addition to reporting audit findings to the attorney general as needed, the results would be used to recommend proposed legislation to adjust desegregation funding.

The plaintiffs in TUSD’s desegregation case have previously asked for a forensic audit, most recently in the fall, saying that the district would have to “get its act together and do computations the way most good businesses do so they’re understandable and comprehendible.”

But for Campoy the motivation behind the bill is all wrong.

“We have been asking for a forensic audit, but this is not the way to accomplish it,” she said. “The mean spirit of this legislative body is coming through. They’re trying to kill critical components of education, if not public education altogether.”

Campoy added that forcing districts to foot the bill proves an insensitivity about how much money is taken from direct services to students.

“The intention is to go after public education, and TUSD is at the top of their list,” Campoy said.

“For me, the outcome of the audit won’t matter for this body of mean-spirited legislators. Our agenda is to have TUSD be accountable, responsible and serve its community and all students. The agendas are totally different.”

Should the bill become law, it would apply to funds budgeted for the 2016-17 school year.

No vote was called on the proposal just before midnight.

New lawmaker pushes law to prevent Arizona from having to use its resources to abide by federal directives, executive orders.

Bill would phase out deseg cash for TUSD