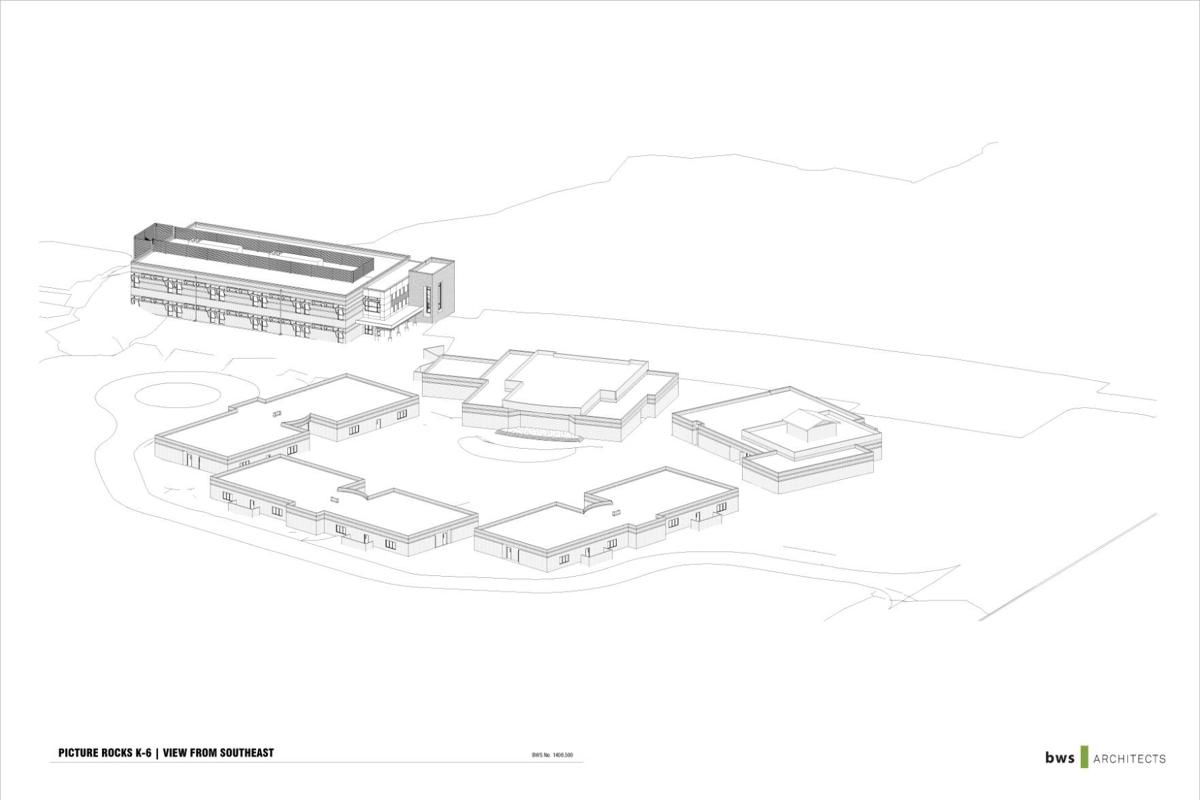 This rendering shows the new school, not yet named, which will be housed in a two-story building under construction on the site of the Picture Rocks Intermediate campus. 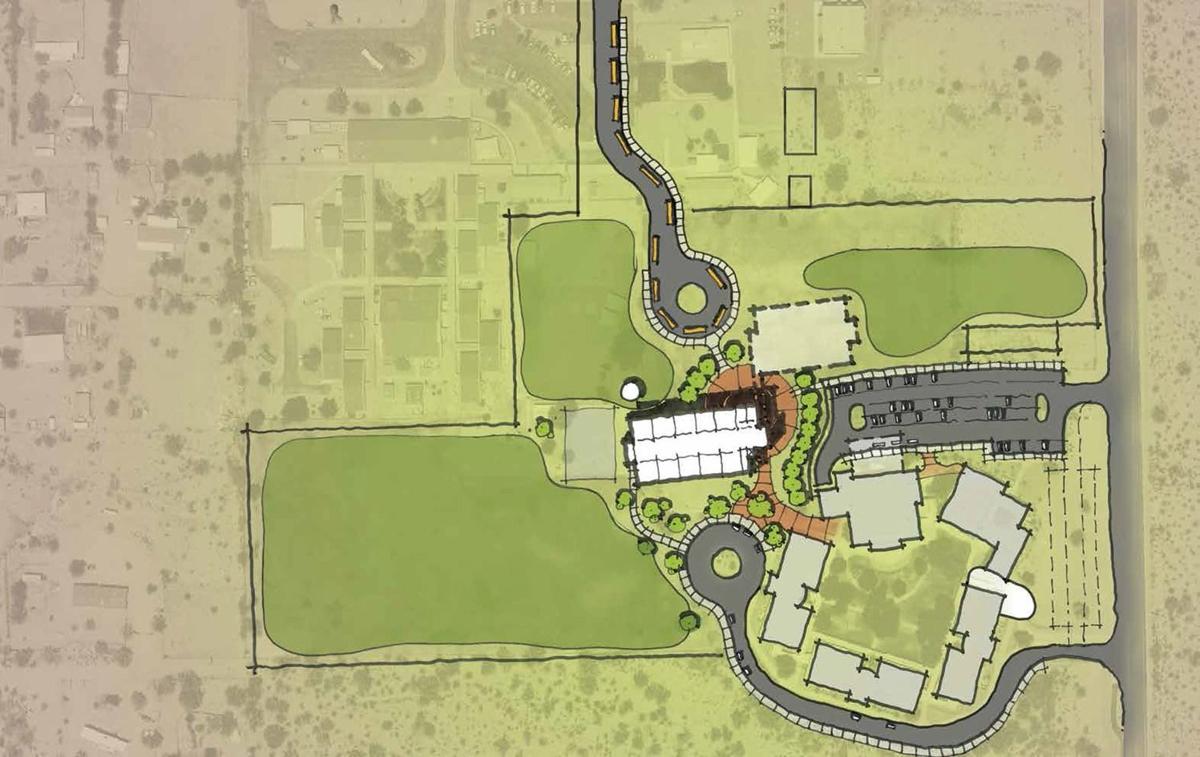 Here’s a bird’s-eye view of what the new school will look like. Marana’s Picture Rocks Intermediate and Desert Winds Elementary are merging due to a drop in the number of area students.

Picture Rocks Intermediate School, which serves fourth- through sixth-graders, and Desert Winds Elementary School, a K-3 school, will consolidate to a single campus for the 2016-2017 school year.

The unification would reduce the burden of young children having to transition to a new school in their elementary years, said Tamara Crawley, the district’s spokeswoman.

“New rules, new principal and new expectations could be emotionally difficult,” she said.

It would also the reduce the burden of running two separate campuses, including staff, operational expenses, food service and other administrative functions, she said.

Picture Rocks Intermediate School opened in 1996 to address the growth of the Picture Rocks community, she said. Back then, state money was only available to build new schools, not expand existing ones.

The two campuses sit side by side, though they are separated by large fields, playgrounds and fences, Crawley said.

Enrollment at both schools has gradually dropped in the last decade as the Picture Rocks community matured, she said.

When the intermediate school first opened, it served 463 students, she said. Today it serves about 270 students. Desert Winds had more than 1,000 students in 1996. Now it has about 340 students.

The Marana district is building a new two-story facility on the existing Picture Rocks Intermediate campus, which will cost the district about $6 million from bonds approved by voters in 2014, Crawley said.

Staff from both schools will also unite, she said. There will be no loss of positions, though the current Picture Rocks Intermediate principal will move on to a district job.

“We need all of those teachers,” she said. “We’re still serving the same population.”

Caldwell, a University of Arizona graduate, started her teaching career in Tempe. For the last 18 years she has been with the Marana district in various capacities.

She taught first, second and third grades in the district and also served as an assistant principal at both Picture Rocks Intermediate and Desert Winds Elementary.

Caldwell said her vision for the new school is to create a “kind, caring and nurturing” atmosphere by encouraging team building, professional development and positive behavior.

“I want to make sure that all of our K through six students are getting the best education that they can,” she said.

The school does not have a name, color or mascot yet, she said. Those things will be decided by a committee of parents, teachers and students.

The school is starting fresh so everyone — teachers, staff and students — can have a sense of ownership of the new school, she said.

Marana schools roll out 'cares mobile' to give

The renovated school bus provides food to people in the community.

The simulated training is provided by insurance company to help increase safety.

Wants her students to find themselves in art.

This rendering shows the new school, not yet named, which will be housed in a two-story building under construction on the site of the Picture Rocks Intermediate campus.

Here’s a bird’s-eye view of what the new school will look like. Marana’s Picture Rocks Intermediate and Desert Winds Elementary are merging due to a drop in the number of area students.