Read Today's E-Edition
Share This
Cozy up to tarantulas, scorpions, assassin bugs at educational show
Share this
1 of 3 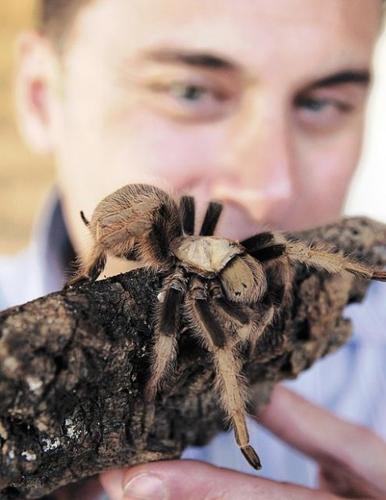 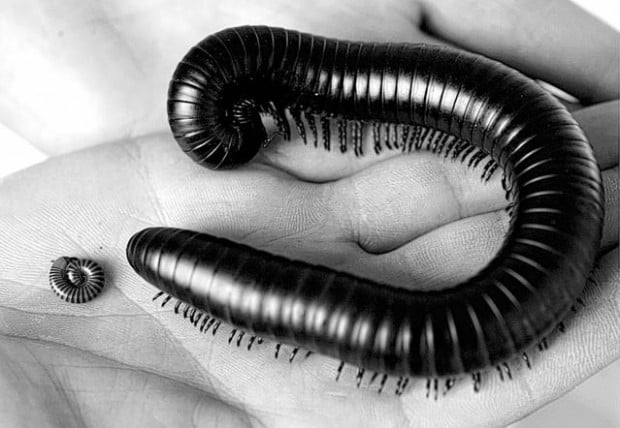 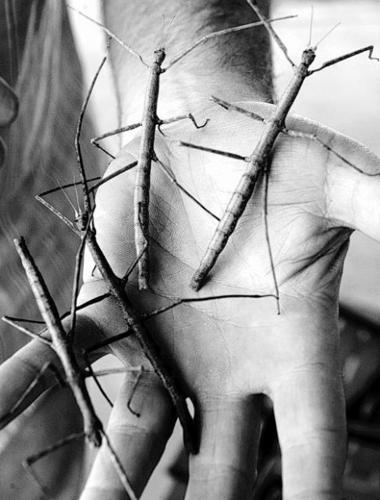 Gustin and his Creepy Crawly Zoo travel around the state to schools, libraries, bookstores and fairs "turning fear to curiosity and respect" in a show that combines ecology, entomology and a petting zoo.

He started his show while still a student at the University of Wisconsin and has been staging it for 12 years, adapting and changing it as time passed.

He started with just four schools, but within a year was visiting 25. Now he does 75 to 100 shows per year. Gustin estimates about 700,000 youngsters have handled the insects by now. "It grew a lot," he said.

His show has been a staple of many schools in the area since he moved to Arizona in 2001.

Gail Greer, a first-grade teacher at Donaldson Elementary School, said Gustin has come to her class for several years. "The kids get a kick out of it," she said.

"My whole program is about kids; it's for them," Gustin said. He said that his goal is to teach "a respect for life in general" to kids while they have fun watching and then handling the bugs.

Gustin recently took his show to the next level: He's put out a DVD of his work titled "Who Wants to Be an Entomologist?"

"It's been in my head since the first week I started," he said.

The DVD was compiled from "hundreds of hours of the most spectacular footage," including things that don't always occur in live shows, because insects don't perform on command.

Gustin hopes to use the DVD as the pilot of a television series titled "Tales From the Bug Whisperer." The DVD is available at Bookmans Entertainment Exchange, where Gustin will stage performances all month.

His collection, which changes over time, includes such harmless and nearly invisible creatures as stick bugs to African assassin bugs, the deadliest insects in the world, with poison equivalent to cobra venom.

While his collection includes tarantulas, scorpions, centipedes and other poisonous creatures, Gustin said he has "never been bitten or stung by anything in my zoo."

One of the more exciting creatures that Gustin owned is the predacious water beetle, "an insect version of a piranha."

There are many varieties of this insect, including the starburst variety locally, so-called because of the yellow spots on its back. They are dangerous — Gustin said he has seen them kill a turtle — but people shouldn't be frightened of them. "You have to respect them for what they are," he said.

Gustin currently also owns about 4,000 hissing cockroaches, three types of scorpions and many other arthropods. He goes out and collects some of them himself, but he buys some of the more exotic creatures.

Children at his shows don't handle the venomous animals but are allowed to play with the non-dangerous animals such as the stick insects and millipedes.

After people see his show, Gustin wants them to think of bugs as more than just something to stomp on.

"I think everyone should be able to experience his show," Greer said.

For more information on Gustin, his DVD and his shows at Bookmans this month, go online to www. creepycrawly zoo.com.

• There are about 1.5 million known insect species, with another possible 45 million, and about 75,000 species of arachnids.

• The cochineal insect lives on the prickly pear cactus and is a source of red dye. The insects are dried and ground into a powder that is then cooked to release the red color. They are used as dye for many fibers and fabrics, as well as lipstick and some fruit drinks.

• A cockroach can live for nine days without its head.

• Scorpions are fluorescent under ultraviolet light.