Marcos Moreno’s grandmother, Irene “Honey” Moreno, worked with other members of the Pascua Yaqui Tribal Council to secure land for their tribe in 1964 and federal recognition in 1978, aided by then Arizona Congressman Morris “Mo” Udall.

The scholarship from the Morris K. and Stewart L. Udall Foundation, along with a $7,000 award, recognizes the achievements and potential of undergraduates committed to the issues of the environment or, in Moreno’s case, tribal health care.

“I feel like this is as much a recognition for my tribe as it is for me,” says Moreno, a pre-med student at Cornell University.

The 22-year-old Moreno focuses on neuroscience and human development at the Ithaca, New York, school. He’s less concerned about final exams as he is about two research projects he’s taking part in. One project looks at childhood cognitive development; the other is a study combining neuroscience and environmental psychology.

Health care has in recent years begun to focus more on the link between psychological issues and physical health, he says, and that matches his interests.

“Mental health was always something I took a liking to, something I always wanted to push and establish.”

He is matter-of-fact when discussing these projects, and he doesn’t play up his achievements prior to being named a Udall scholar.

Before this recognition, he co-founded a medical brigade chapter to do work in Africa and worked on a public health project for his tribe laying the groundwork for more independence in the administration of health care on the reservation.

Moreno’s initiative and his potential caught the eye of the Udall Foundation, based in Tucson, which picked Moreno to be one of only five students in the nation chosen for the health-care award.

According to Cornell’s Gary Evans, Elizabeth Lee Vincent professor of human ecology and the lead scientist on the cognitive development study: “One of the things … about Marcos that has really struck me is ‘tenacity.’ I don’t think I’ve ever heard him express, in any way, ‘can’t.’ He just really believes that it can be done. He’ll find a way to do it.”

Moreno does not feel out of place in upstate New York. He credits the support of his community for that.

“It’s been my motivation for a lot of things I’m doing. … They’ve always told me I’d do well, and it really just instilled confidence in me. How I think of myself is kind of how they viewed me.”

That support included funding from the Pascua Yaqui Tribal Council for education, sports activities and attendance at a national conference for young leaders on the other side of the country when he was 12, which, Moreno says, “set in motion all the traveling I would do later.”

“It’s all about trying to get students to go out and do all these things,” he said. “We’re at that growing point where now we’re going to see a lot more students making it to universities all over the country. It’s really cool to be a part of that.”

The significance of winning a scholarship named after Mo Udall, who worked on behalf of the Pascua Yaqui as far back as the 1960s, is not lost on Moreno.

“He put us on the map, quite literally. Without him, we’d be one of the other hundreds of tribes waiting to be recognized.”

“It’s kind of funny,” Moreno continued. Udall “was responsible for getting our tribe recognized years ago, and here I am, 40 to 50 years later, and he’s still helping us get recognized, putting us on that national front.”

Moreno says he appreciates his pre-college education, starting with his teachers at the Head Start program on the reservation.

“I remember because I always see my (Head Start) teacher. She gets really emotional sometimes. … The teachers were really good about giving me a sense of confidence to do whatever I wanted or be whatever I wanted.”

He wasn’t terribly studious for most of his time at Pueblo High, but something changed in his senior year.

“I don’t know what light switched on,” he says. His teachers and Advanced Placement classes “set the pace.”

That pace first carried him in 2013 to St. John’s University in New York on a full-ride scholarship. In 2014 he transferred to Cornell after the university reached out and gently admonished him for not finishing his application for the school.

“We’re talking national competition. This isn’t, ‘You’re a good high school student’ or ‘You got into Ivy League.’ It’s just a much bigger, wider appreciation and acknowledgment of his abilities, what he’s already achieved and his potential,” says professor Evans.

For Moreno, the recognition taps him into a wider community of scholars in his field and enlarges the platform for the work he wants to do.

Amphi High senior at home on the farm

Love of animals began in kindergarten.

The students were honored for their academic records, contributions to community. 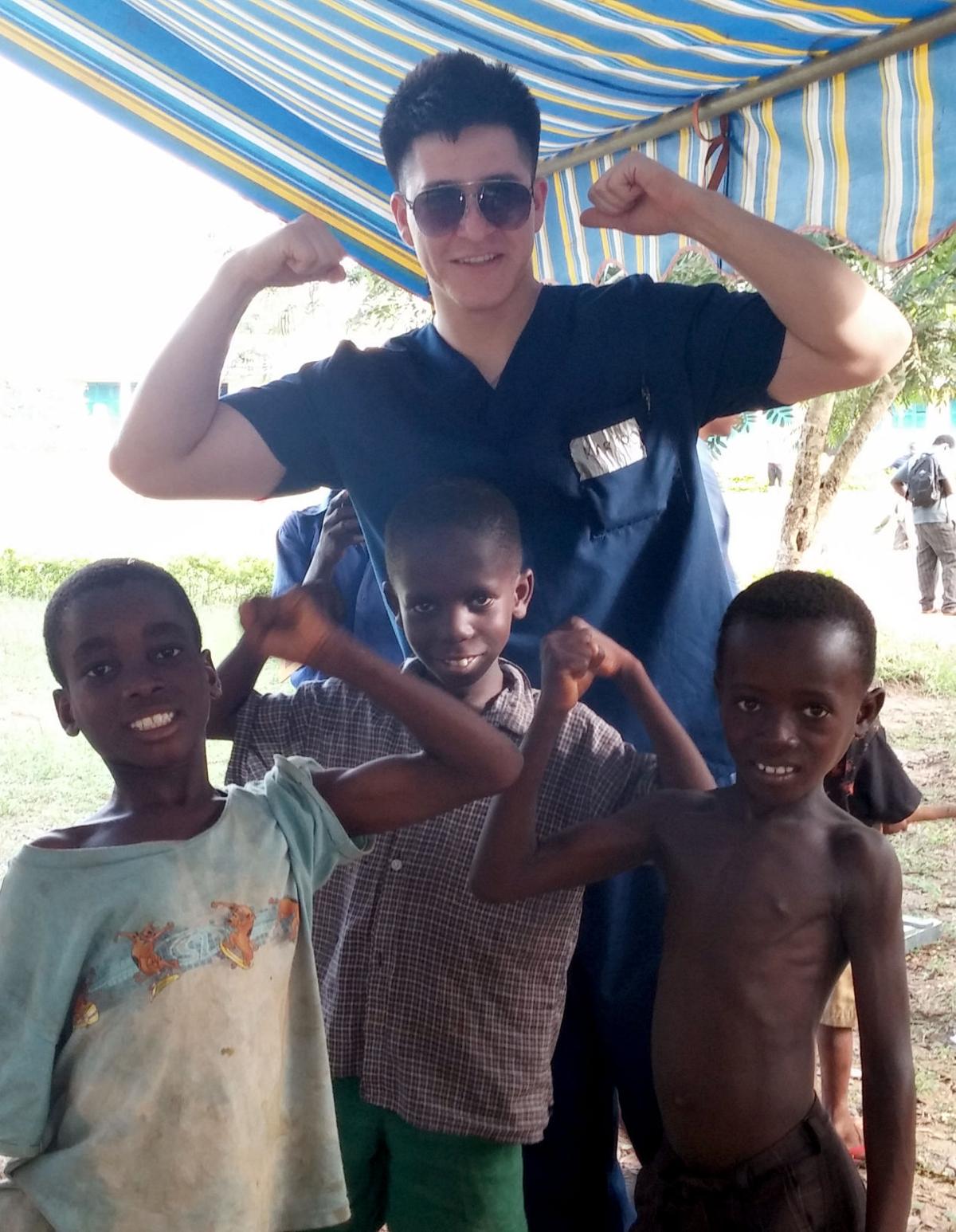 Marcos Moreno helped coordinate a group of health-care providers to work in Africa. Courted by Cornell University, where he is now pre-med, Moreno won the prestigious Udall scholarship, which came with a $7,000 award. 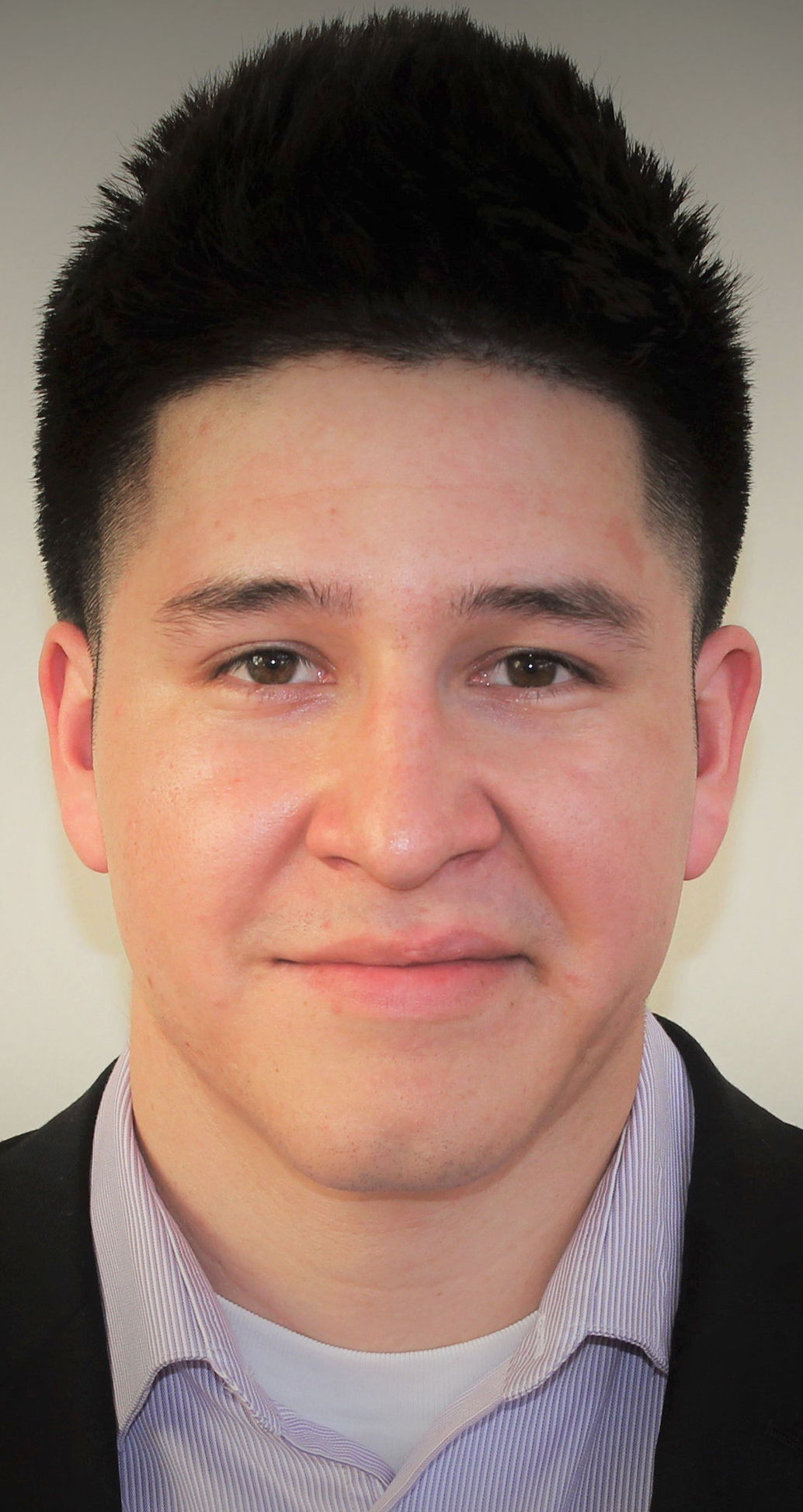