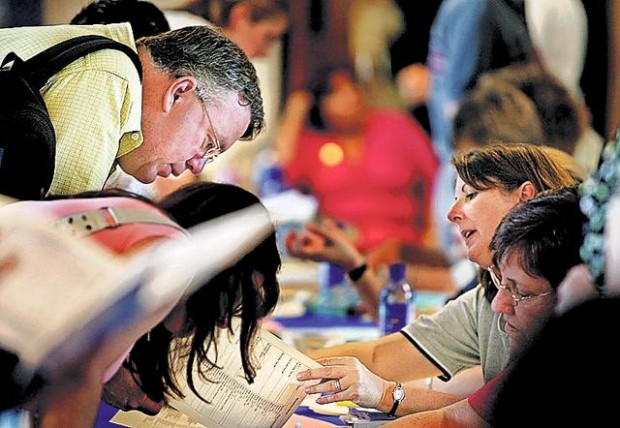 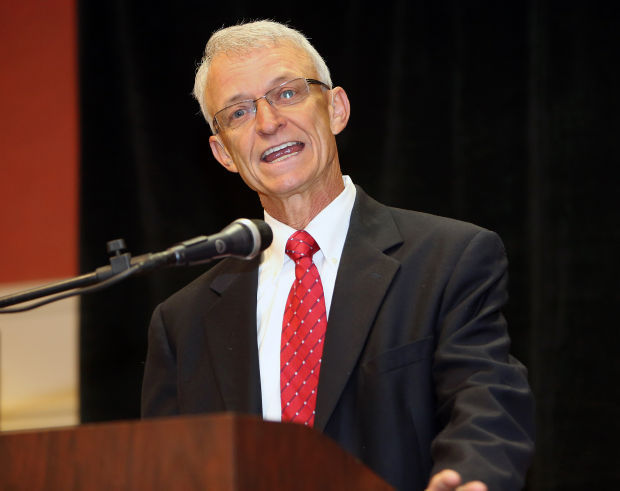 The Vail School District’s upcoming job fair is not attracting as many candidates as previous years, causing alarm for district officials.

About 70 people are registered to be interviewed at Vail schools’ upcoming job fair on Saturday, Feb. 6. That’s about half the number of applicants, about 40 of whom were hired by the district, signed up during the same time last year.

Teacher retention and recruitment continues to be a problem around the nation and especially in Arizona, where teacher salaries are among the lowest in the country.

The estimated average salary for teachers in Arizona in the 2014-2015 school year is about $45,000, compared to the national average of about $57,000, according to the National Education Association. A Tucson Values Teachers research shows that the average teacher salary in Tucson is about $39,000.

A recent report by the Arizona Educator Retention & Recruitment Task Force said that “a severe shortage of effective teachers continues to lead the list of critical issues.” Among the top reasons for teachers leaving their jobs was lack of respect and low pay.

Vail district has had five to 10 open positions throughout this school year, said Calvin Baker, the district’s superintendent.

“That’s the worst that it’s been in my 37 years as a school administrator,” he said. “I’ve never had the degree of continuously open positions that we have now.”

The district expects to hire about 100 teachers for the coming school year, Baker said. And not all of the 70 people who signed up for the job fair would get hired, which would result in more vacant teaching positions.

“It’s a cause for concern that we may have even more vacant positions next year,” he said.

Baker sent an email to parents, seeking help in finding potential teachers. He said he wants to “shake every bush and look under every rock to try to find quality teachers.”

He encouraged parents to recommend qualified teachers to apply and also asked parents with bachelor’s degrees to consider teaching, adding that the district would help them with training and the certification process.

“That’s not the preferable way, but we will have to do what we have to do to solve the problem,” he said.

Sunnyside Unified School District is also hosting a job fair Saturday, said Mary Veres, the district’s spokeswoman. About 50 people have registered for interviews so far, which is fewer than last year. The district is planning to recruit for about 80 positions.

Last year, 136 people registered to interview at Sunnyside’s job fair, but there were also more open positions, she said. One hundred eighty people came to the event.

This year is the first time TUSD has hosted a January job fair, she said. But the district wanted to make sure that magnet schools had priority in hiring experienced teachers. Two more job fairs, which would recruit for positions district-wide, are scheduled for February and March.

Katie Rogerson, interim director of Tucson Values Teachers, said she was surprised to hear that Vail, which has had relatively fewer teacher vacancies in past years, was having a hard time recruiting teachers.

“It’s another symptom in this larger teacher retention crisis,” she said.

Most teachers come into the profession because they feel passionate about education and children, not because they want to make a lot of money, she said. But many of them face financial hardships that may require them to get second jobs or leave the profession for better opportunities.

A lack of respect for teachers, which Tucson Values Teachers and other groups researching shortages in Arizona have found to be another reason for teachers leaving, goes hand in hand with the low salary, Rogerson said.

“If you truly respect an educated professional, you should pay them what they are worth, and that’s going to have to happen at the state level,” she said.

District was told it would last eight years. It's been 11.

Education climate challenges teachers to encourage students to follow in their footsteps.

The district will consider teacher applicants who haven't obtained their certification yet.

Schools' welfare too often subject to whims of lawmakers, she complains.

Including teachers in reform efforts is key to retention, expert says

Some 130 classrooms in Tucson area are being led by substitutes.

Lowest among many SW cities even with cost of living factored in.