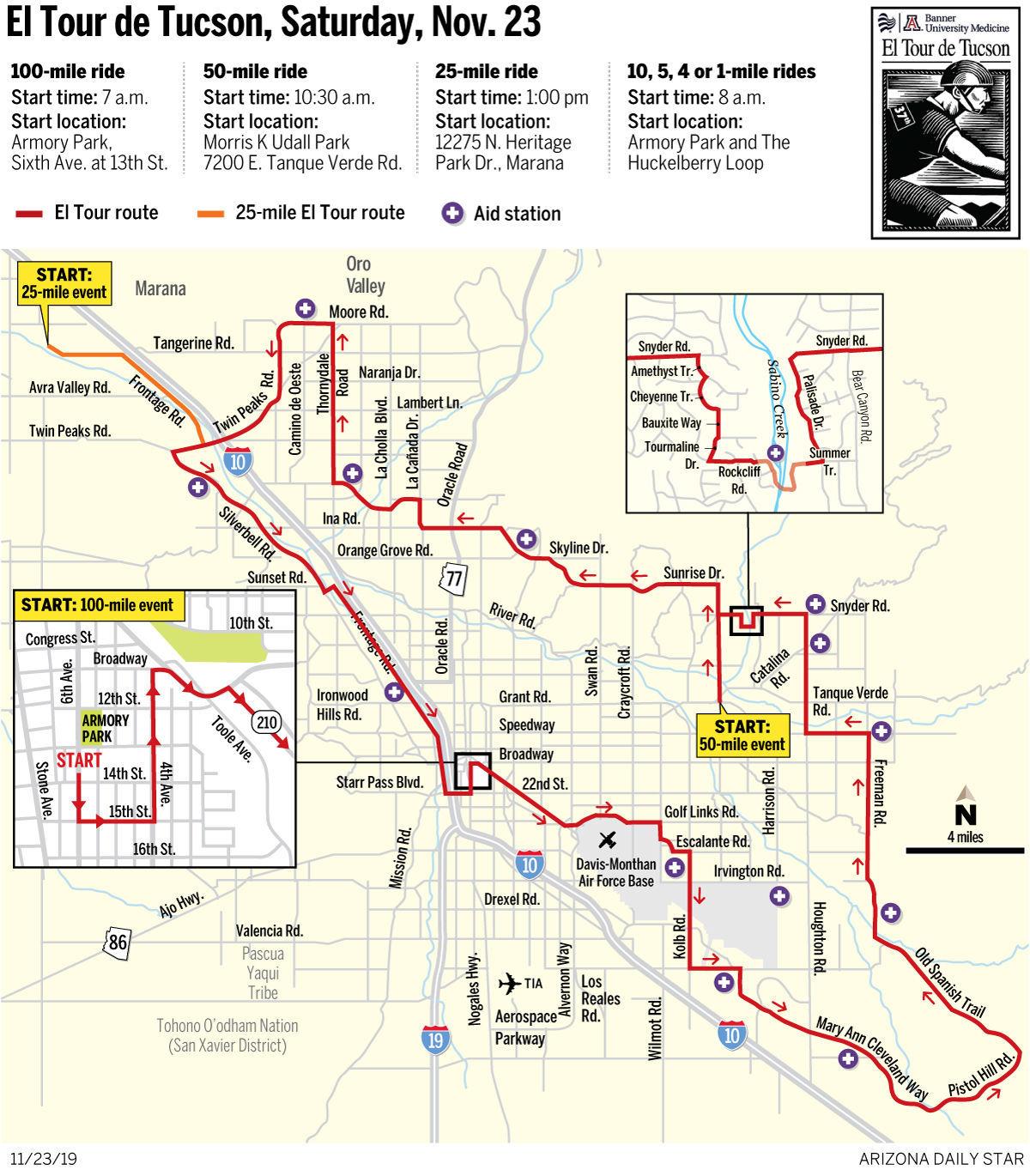 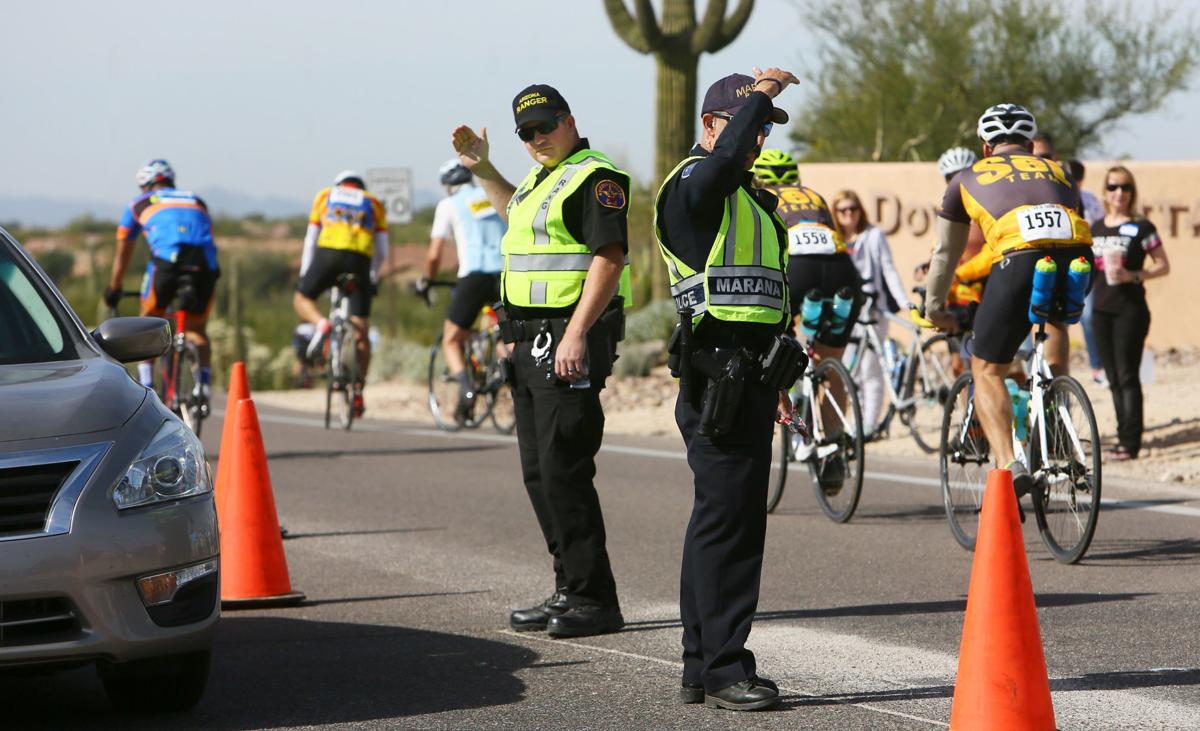 Saturday’s event will mean delays for motorists as 9,000 cyclists use the city’s streets. South Sixth between Broadway and 22nd closes at 5 p.m. today.

There will be several road closures Saturday as nearly 9,000 competitive cyclists are expected to take part in the 37th El Tour de Tucson.

The following streets will have rolling closures this weekend:

Sun Tran buses will also be detoured to accommodate cyclists.

The following routes will be detoured:

The 36th El Tour de Tucson is the largest participatory sporting event in Southern Arizona. The race — which is broken up into four different …

Woman seriously injured when struck by car in midtown Tucson

Midvale Park, Valencia intersection shut down due to serious collision

Cassandra A. Molina was walking against the red light in a crosswalk on East Broadway at Campbell Avenue, police say.

El Tour includes a little performer with big pipes, rides with a purpose — and 5,947 participants

Saturday’s event will mean delays for motorists as 9,000 cyclists use the city’s streets. South Sixth between Broadway and 22nd closes at 5 p.m. today.