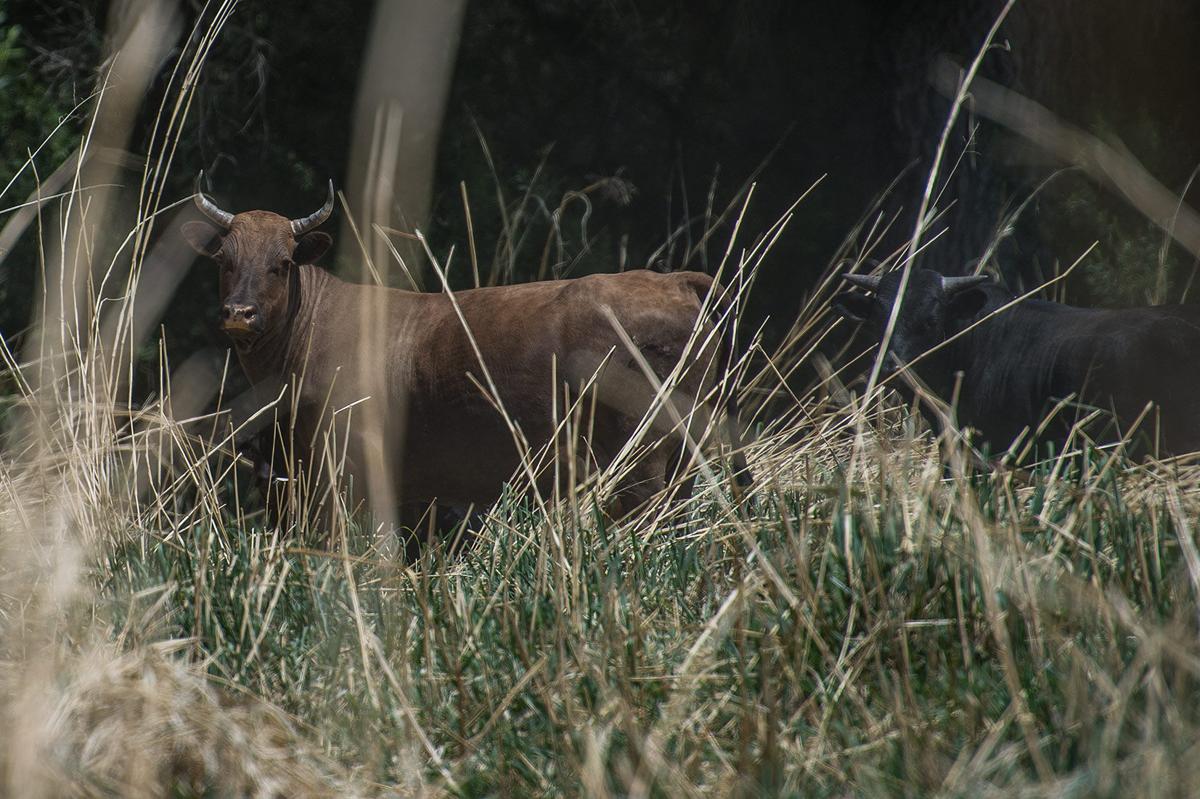 Trespassing cattle stand in the grass north of the Hereford Bridge in the San Pedro Riparian National Conservation Area. 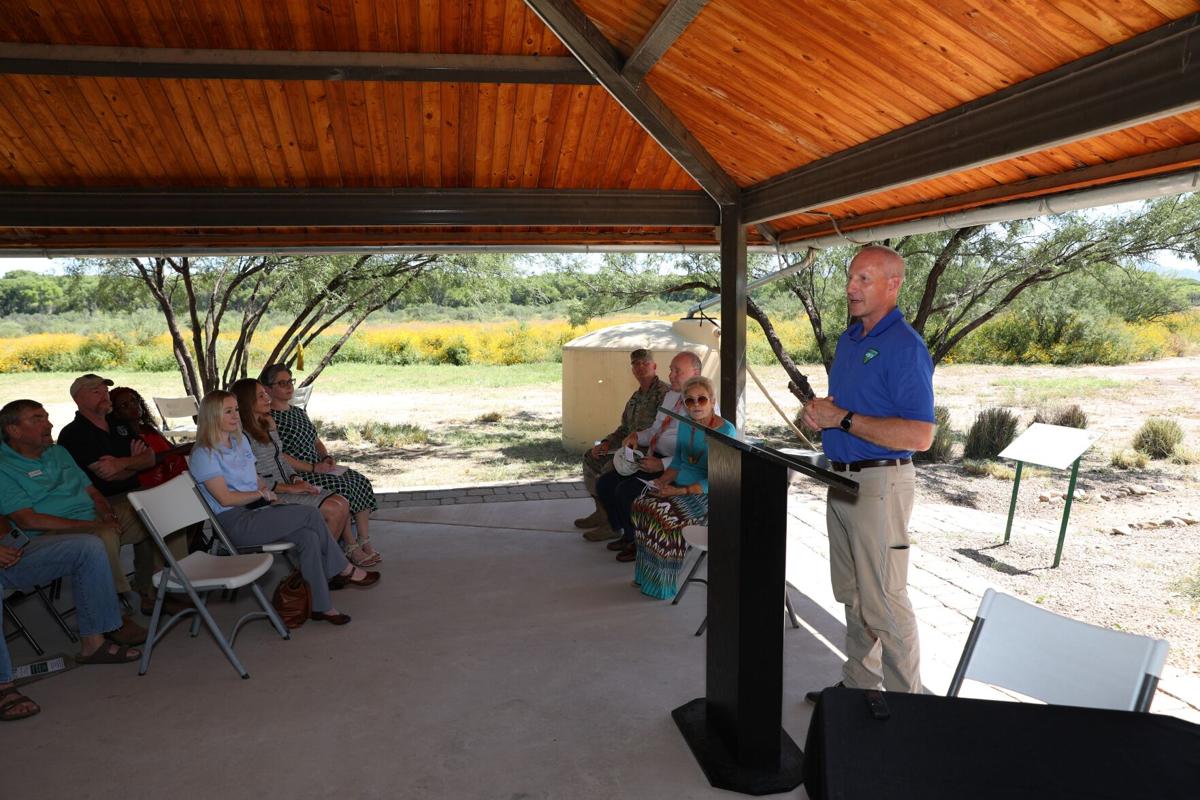 Scott Feldhausen, Gila District manager for the Bureau of Land Management, addresses the audience during a Sept. 21 signing ceremony for a new non-binding San Pedro River water agreement with Fort Huachuca, Cochise County and the City of Sierra Vista.

Arizona environmentalists have followed through on their threat to sue the federal government over stray cows in the San Pedro Riparian National Conservation Area.

The Tucson-based Center for Biological Diversity and the Phoenix-based Maricopa Audubon Society accuse the Bureau of Land Management of violating the Endangered Species Act by failing to keep trespassing cattle away from a rare plant called the Huachuca water umbel.

The San Pedro River harbors one of the few remaining populations of the plant, but damage from livestock is pushing the species to the brink of extinction, said Robin Silver, co-founder of the center.

The lawsuit filed Wednesday in U.S. District Court in Tucson cites dozens of complaints since 1995 about wayward cattle in the conservation area, but says the bureau has all but ignored the problem.

“Nearly all the core population of these highly endangered, delicate plants have been annihilated. They don’t stand a chance against the cows,” said Silver in a written statement. “We’ve been fighting for decades to save the San Pedro and its plants and animals. The BLM is either too timid or too apathetic to protect this fragile ecosystem from neighboring ranchers.”

Silver is among those responsible for getting the umbel listed as endangered in the first place, petitioning the U.S. Fish and Wildlife Service to protect the semi-aquatic plant in 1993.

“This is not rocket science,” he said. “Fix the fences, maintain the fences and get the cattle out.”

A spokeswoman for the BLM in Tucson declined comment on Friday because the agency does not discuss pending litigation.

The legal action comes on the heels of a new San Pedro River water agreement signed Sept. 21 by the bureau, Fort Huachuca, Cochise County and the city of Sierra Vista. That nonbinding Memorandum of Understanding calls for cooperative monitoring and management of water resources in the area to protect the riparian habitat along the San Pedro and the current and future needs of the Army base and surrounding communities.

Federal regulators added the Huachuca water umbel to the endangered species list in 1997 and designated much of the San Pedro River as critical habitat for the plant in 1999.

Bureau officials are currently considering a 10-year renewal of four active grazing leases in parts of the conservation area, though the agency’s own analysis shows the leases have damaged parts of the 47-mile-long river preserve.

Livestock grazing is also at the center of a separate lawsuit, filed Thursday by the two conservation groups, over critical habitat for protected species in the Gila Box Riparian National Conservation Area near Safford, about 150 miles northeast of Tucson.

The Bureau of Land Management describes the area as a “year-round desert oasis … abounding with plant and animal diversity,” but field surveys by the Center for Biological Diversity have documented extensive damage from cattle, the lawsuit says.

“The BLM can wax poetic on its website,” said Maricopa Audubon president Mark Larson in a written statement, “but in reality the agency has handed over this wild and beautiful place to local ranchers and their cows.”

A Tucson-based environmental group is accusing the BLM of violating the Endangered Species Act by failing to keep errant cattle out of the San Pedro Riparian National Conservation Area.

For Star subscribers: After widespread damage, efforts to keep cattle away from sensitive rivers in Arizona and New Mexico are ramping up.

Environmental groups had sued the Forest Service over cows in riparian areas in north central Arizona.

An endangered plant has all but disappeared from the San Pedro Riparian National Conservation Area, according to a Tucson-based environmental …

Trespassing cattle stand in the grass north of the Hereford Bridge in the San Pedro Riparian National Conservation Area.

Scott Feldhausen, Gila District manager for the Bureau of Land Management, addresses the audience during a Sept. 21 signing ceremony for a new non-binding San Pedro River water agreement with Fort Huachuca, Cochise County and the City of Sierra Vista.