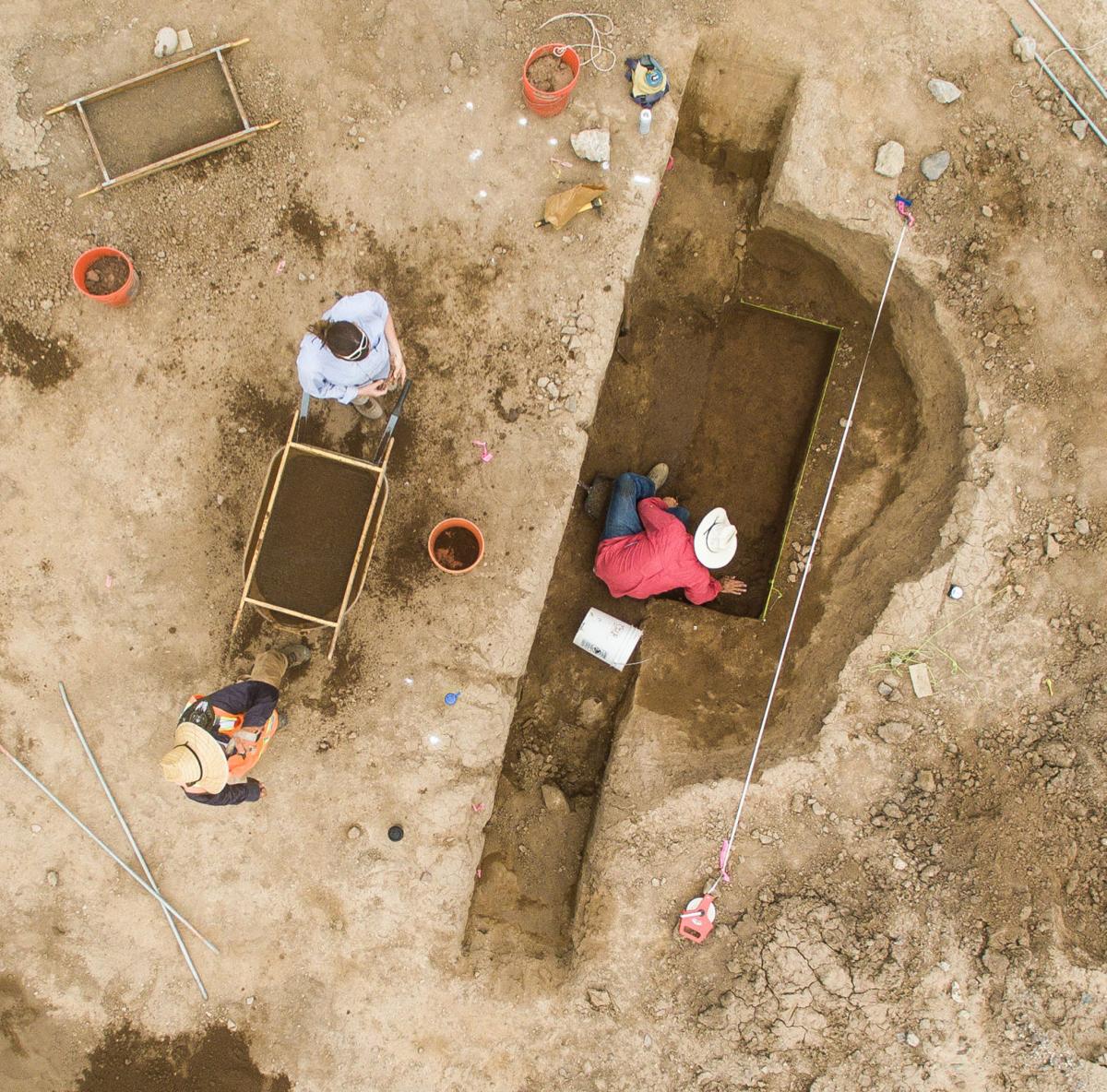 Archaeologists work at the site that may have been home to two Hohokam villages. 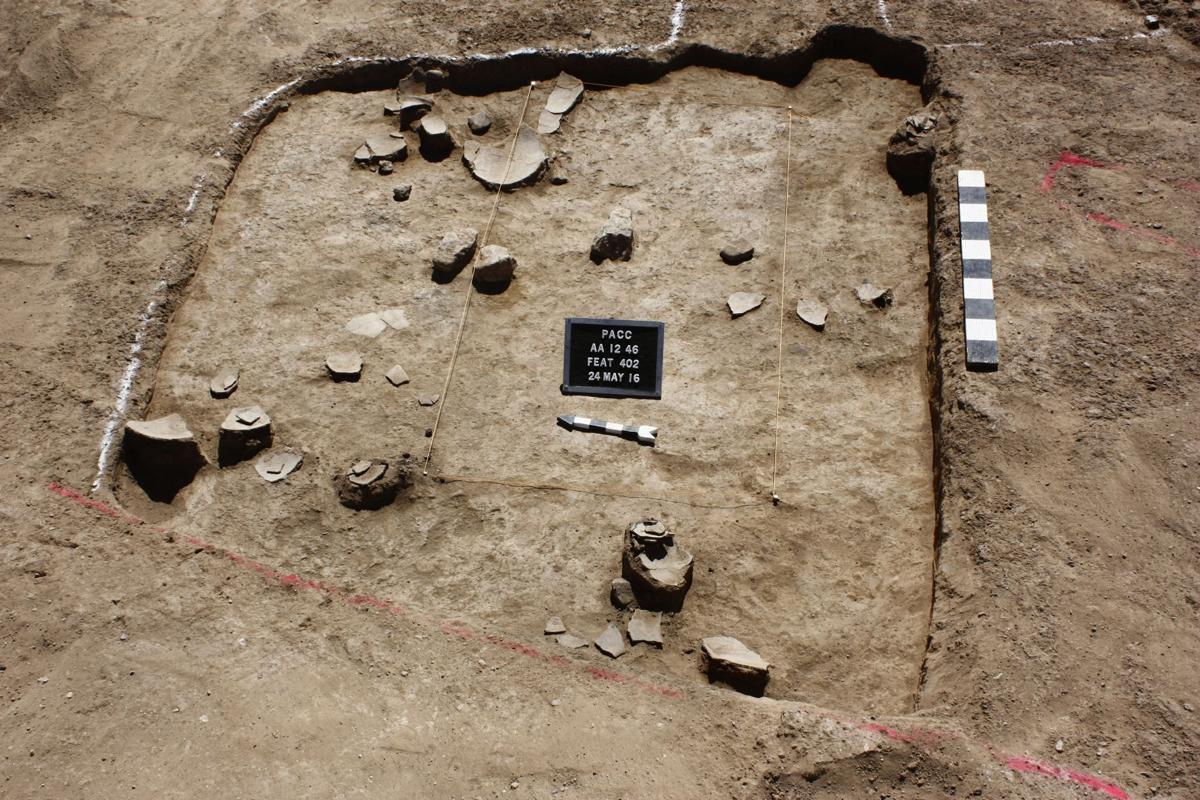 Pottery shards were unearthed in the foundation of this home, which likely dates back to 1100 A.D. to 1300 A.D. 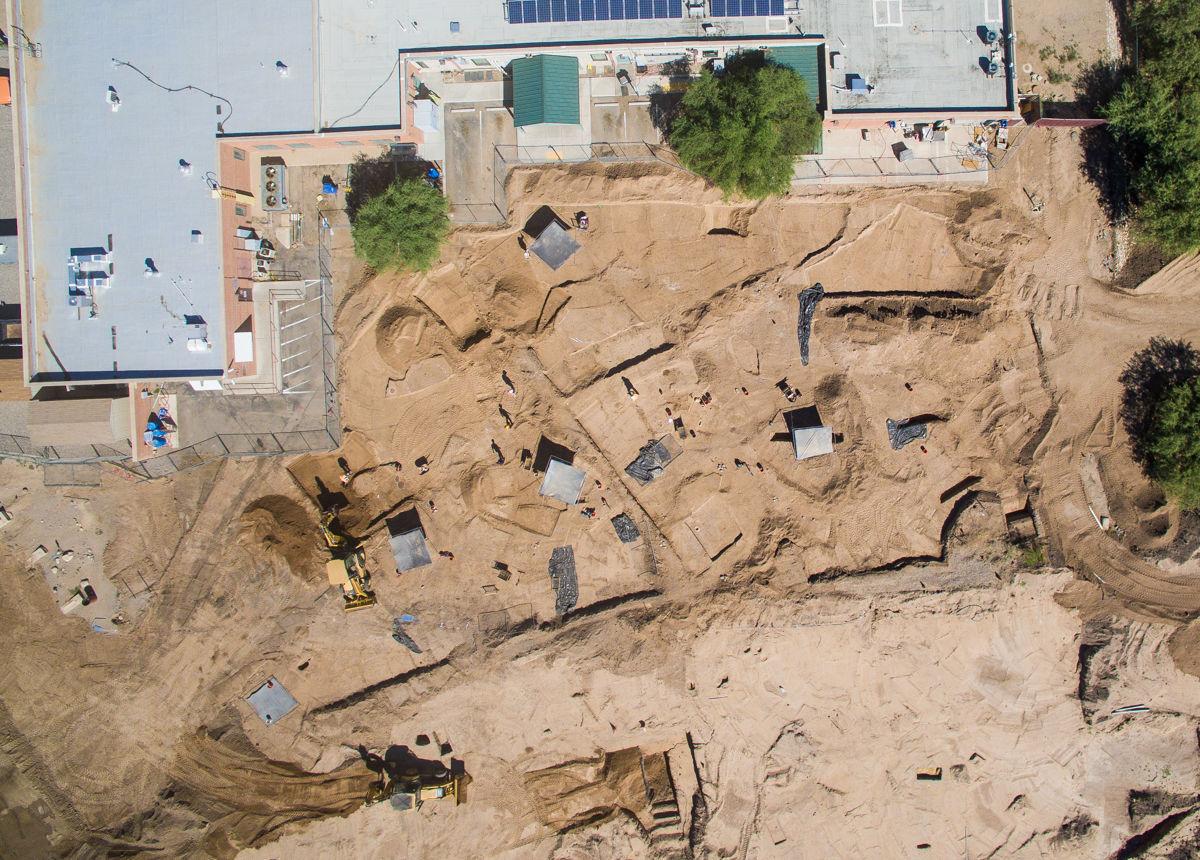 An aerial view of the site shows the amount of work done on the excavation. 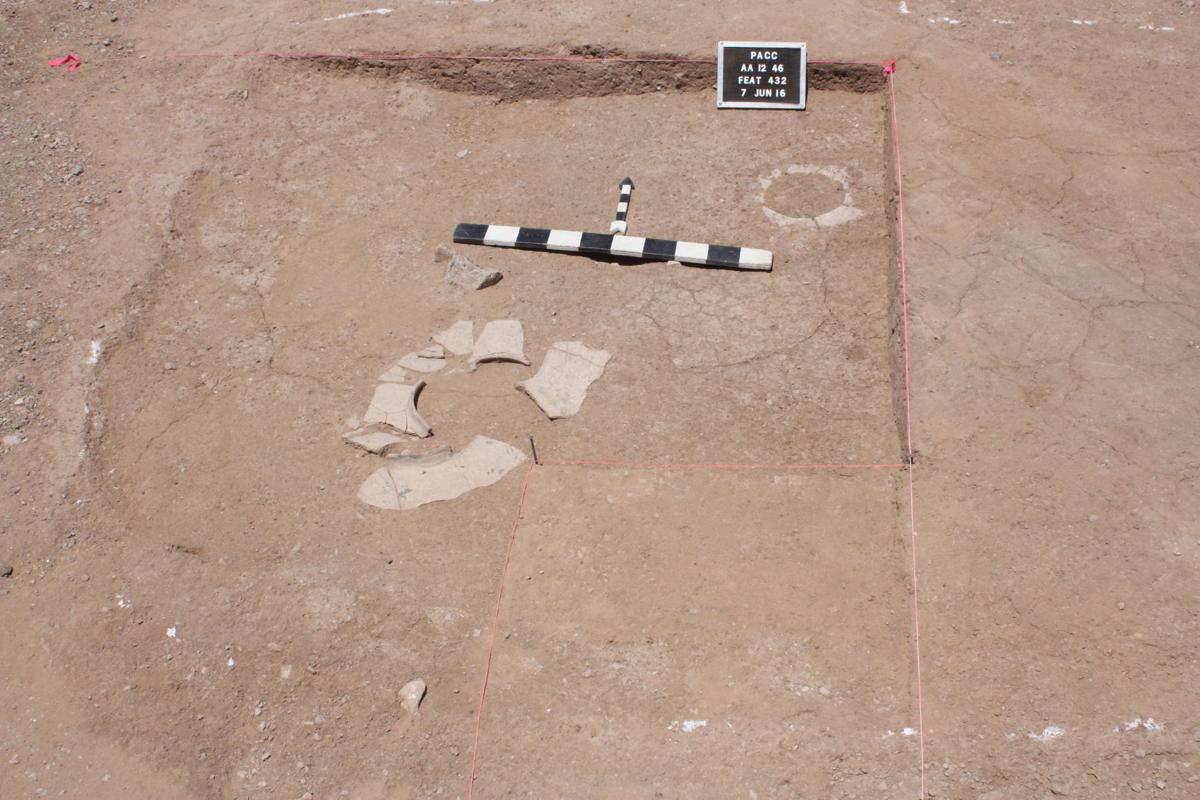 As many as nine centuries before Pima County voters approved a bond for a new animal care facility in 2014, the plot of land slated for construction was the site of an ancient homecoming.

That’s according to an excavation recently finished near the current Pima Animal Care Center at the corner of North Silverbell Road and West Sweetwater Drive by county contractor Desert Archaeology.

What the company found was evidence that two Hohokam villages were established on the same site during periods separated by as many as five centuries, according to company project director Mike Lindeman.

The first village likely started during the Tortolita phase of Hohokam presence in the Tucson basin, dating from roughly 500 A.D. to 700 A.D. Then, possibly due to environmental challenges and social unrest, the village was abandoned by its estimated several dozen inhabitants.

“We’re hypothesizing that as the village failed, people moved and joined another village,” Lindeman said. “But they probably maintained access to the farmlands there.”

Those ongoing links may have been why possible descendants of the original inhabitants returned to the same site sometime between 1100 and 1300 A.D. and re-established the village, according to Lindeman.

Lindeman said it is “unusual” to find sites with interrupted inhabitancy, but added that the “elaborate oral histories” maintained by early residents of the Tucson valley could have helped keep memories of the original village alive.

Both villages were likely built in rings around a central plaza, a common design, according to Lindeman. During the excavation, numerous pieces of pottery, a number of stone tools and arrowheads, and jewelry made out of shells, among other items, were found. More than 40 “mortuary features” were also found, according to Ian Milliken, with the county’s Office of Sustainability and Conservation.

“It … greatly increases our knowledge of both of these periods,” Lindeman said of the excavation.

With the exception of those mortuary features, which are either human remains or objects involved in funeral rituals and are repatriated to Southern Arizona tribes per state law, the objects found are turned over to Desert Archaeology for further analysis. After that, they are turned over to the Arizona State Museum for curation. Additionally, Milliken said the county is considering putting together a permanent exhibit of some of the findings at the new PACC facility.

County departments are required to “consider cultural resources during the earliest stages of project planning,” and those projects must receive clearance from Milliken’s office before proceeding, according to county policy.

The findings will not impact the construction schedule for the new PACC facility, Milliken said. A groundbreaking ceremony for the $22 million facility is planned for early October.

Archaeologists work at the site that may have been home to two Hohokam villages.

Pottery shards were unearthed in the foundation of this home, which likely dates back to 1100 A.D. to 1300 A.D.

An aerial view of the site shows the amount of work done on the excavation.