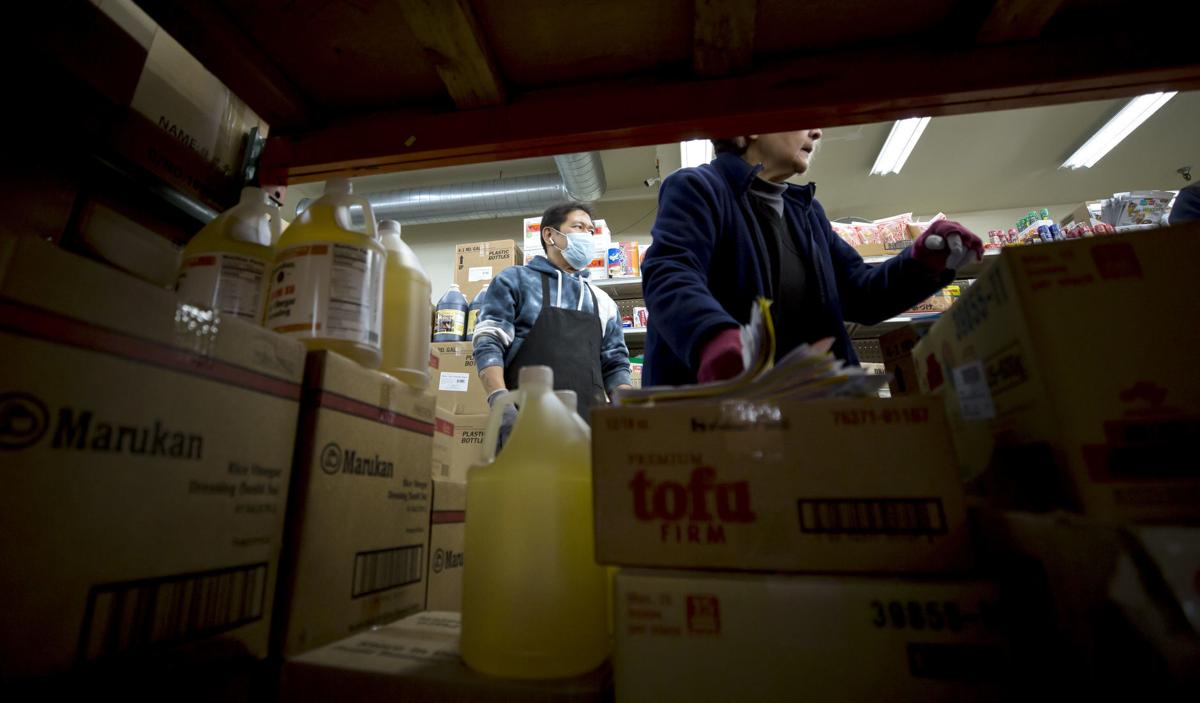 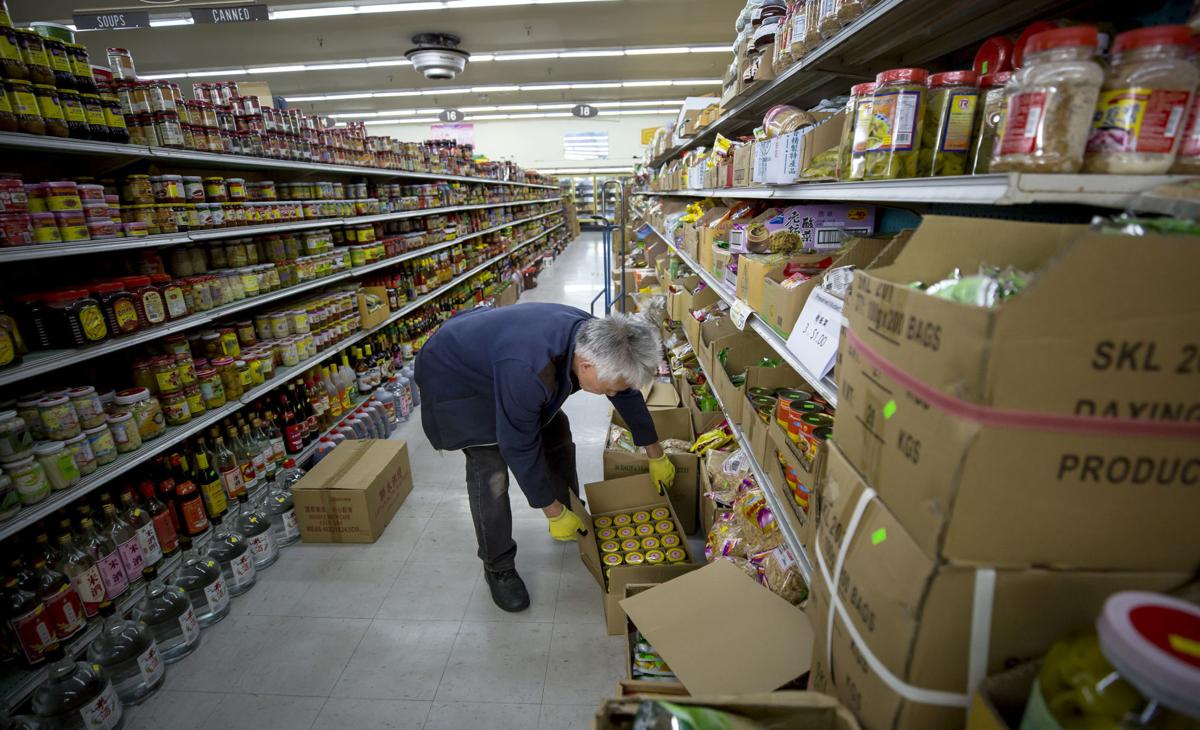 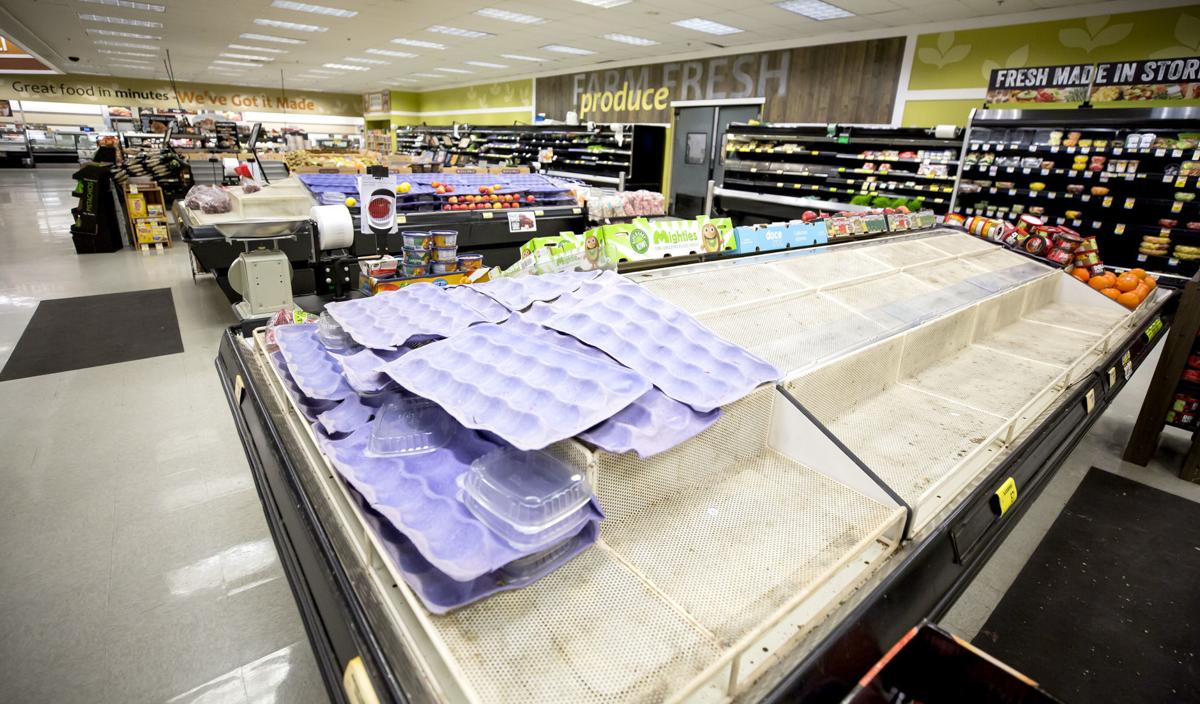 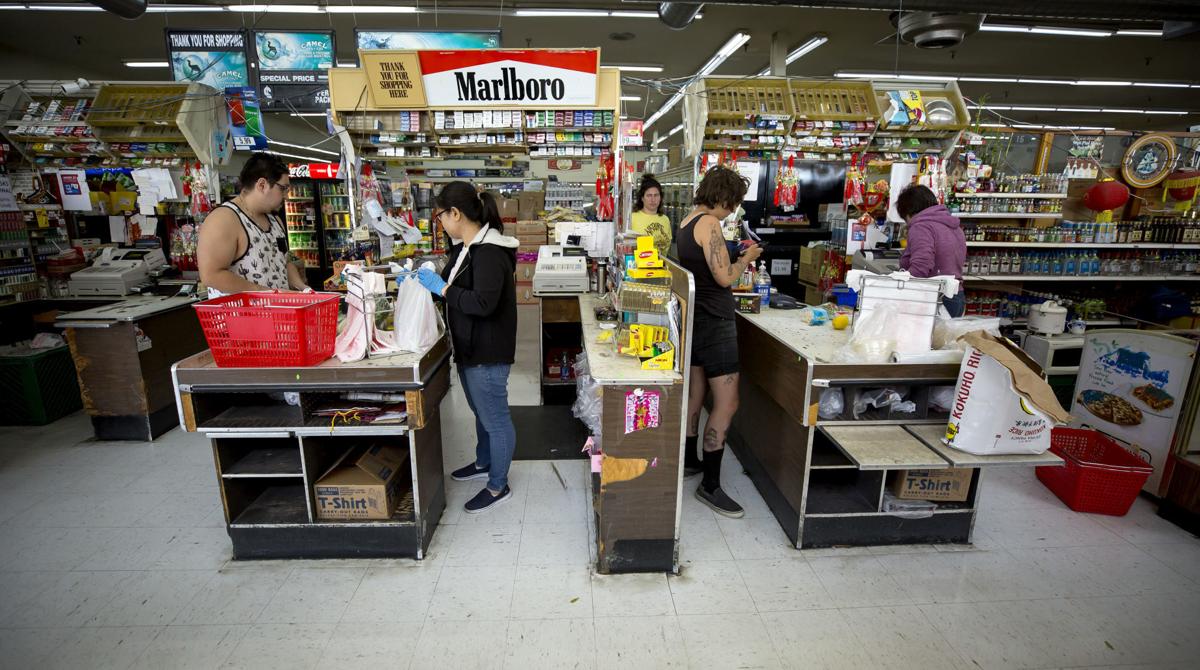 Between the bare shelves that usually hold toilet paper and instant noodles and the disappearance of large piles of commercial-sized bags of rice near the checkout lines, Steve Sze admitted he’s never experienced anything like the last couple weeks at the Grantstone Supermarket.

The Asian grocery store at the corner of East Grant Road and North Stone Avenue that typically serves as a supplier to about 30 restaurants around Tucson has had to take new measures to keep up with the demand of their customers. They’ve called in a second truckload of products ferried through California each week and have increased the number of work hours for their employees to help with stocking.

Even then they’ve still had a hard time keeping those perishable products on the shelves.

“People are stocking up,” said Sze, the manager of the store, which opened in 1982. “Everything is selling.”

It’s been the same story at grocery stores not only in Tucson but around the rest of the country as shoppers amass supplies to prepare themselves for self-isolation as a result of the spread of COVID-19.

But as empty shelves and long lines have become commonplace, local experts and representatives from the food industry are reassuring people there’s no shortage of food — those scenes are just a product of demand.

“There’s a normal ebb-and-flow of demand, which has been disrupted,” said George Frisvold, a University of Arizona professor of agricultural and resource economics, who likened the situation to people stocking up on supplies before a snowstorm, except on a larger scale.

In Arizona, grocery stores have seen the obvious increase in demand for paper and cleaning products, but that’s recently shifted to desire for protein products, such as meat, eggs, and milk, according to Mark Miller, president of the Arizona Food Marketing Alliance. He said that “months of food supplies” were bought by consumers.

“The consumers are unsure of the future and are overbuying all items in the food channel,” he said.

To keep up, Miller said most of the state’s stores have increased their deliveries from maybe four times a week to six, while also increasing the number of truck shipments per store. But that depends on the size of the store and location.

“They work all night to restock the shelves and the inventory is reduced quickly in the first few hours,” he said.

For Fry’s Food Stores, which operates about 20 stores in Southern Arizona, Pam Giannonatti, the company’s corporate affairs manager, said their shipments are brought in daily to warehouses, checked in and then parceled out to the individual stores.

“We’re doing whatever we can. Is the demand higher? You bet,” she said. “It’s ever-changing. … It’s really working with your suppliers, getting what you can, getting is as quickly as you can and getting it out to the store.”

They’ve enacted certain measures to curtail that demand, such as limiting the purchase of high-selling products, and making adjustments day to day based on what’s selling. They’re also taking other measures to ensure people get the products they need, such as implementing seniors-only shopping hours, taking care of their employees by providing them bonuses, and closing early to disinfect the stores.

Ashley Shick, director of communications and public affairs for Bashas’ family stores, which includes Bashas’, Food City, and AJ’s Fine Foods locations around Tucson, said “we are not running out of food or essential supplies.”

She said that the empty shelves are not the result of nationwide shortages, but that shelves are temporarily low before stores can restock those products.

“Typically, grocers require two trucks full of items to restock. Now, due to the uptick in panicked runs on grocery stores, it takes about 12 trucks to restock a single grocery store,” she said in a prepared statement.

“There is plenty of food in our U.S. food supply … even more so now that food service companies aren’t making as many food deliveries to restaurants.”

For grocery stores, supply is typically determined based on present purchases, but also through forecasting of future sales, the experts said. That is used to help bring in products, which in the case of Arizona, can come from everywhere as close as Mexico but as far as New Zealand.

The panic buying has come with no change in consumption, according to Hitendra Chaturvedi, a supply chain management professor at Arizona State University.

But he said it has increased the manufacturing of goods by suppliers and cautioned that it could create a surplus of certain products if production outpaces future demand.

“As long as manufacturers and retailers are cognizant of the fact that they don’t make some of the products that customers have bought in huge numbers, I think we will be OK,” he said. “I believe that over the next two to three weeks, this will stabilize and all the shelves are going to be stocked again. We will be back to the new normal.”

Frisvold agreed, saying that chains have to make a decision about whether they’re going to respond to what he called a short-circuit in both the demand and supply markets.

“It’s kind of like, ‘well people are freaking out. Are we going to respond to them freaking out?’” Frisvold said.

Retailers caution that there could be changes to the supply chain in the future, should the virus force the closure of borders to trade and labor.

But for right now, everything is holding up just how it’s supposed to, Frisvold said.

“But this is like nothing we’ve seen before,” he said.

A number of grocery stores and other retailers have implemented special times for patrons who are seniors or vulnerable customers, according to USA TODAY:

Walmart: Tuesdays one hour before opening

There has been much debate whether it's safer to bring reusable bags or obtain single-use plastic bags at the grocery stores to slow the spread of the coronavirus.

In New York, New Jersey and other states, the plastics industry and are calling for rollbacks on single-use plastic bag bans, citing a 2010 University of Arizona study that found bacteria levels on reusable bags were significant enough to cause health problems.

But as a result of the coronavirus, which can be detected on plastic surfaces for 72 hours, disposable bags might be the safer option.

“During this time when you just can’t really count on everybody to have those good behaviors, I would say just give them the disposable bag. That also protects the grocery store clerks," he said.

The Arizona governor said he has gotten permission from the federal government to ensure that none of the nearly 37,000 children enrolled in the KidsCare program lose coverage because a parent is unable to afford monthly premiums.