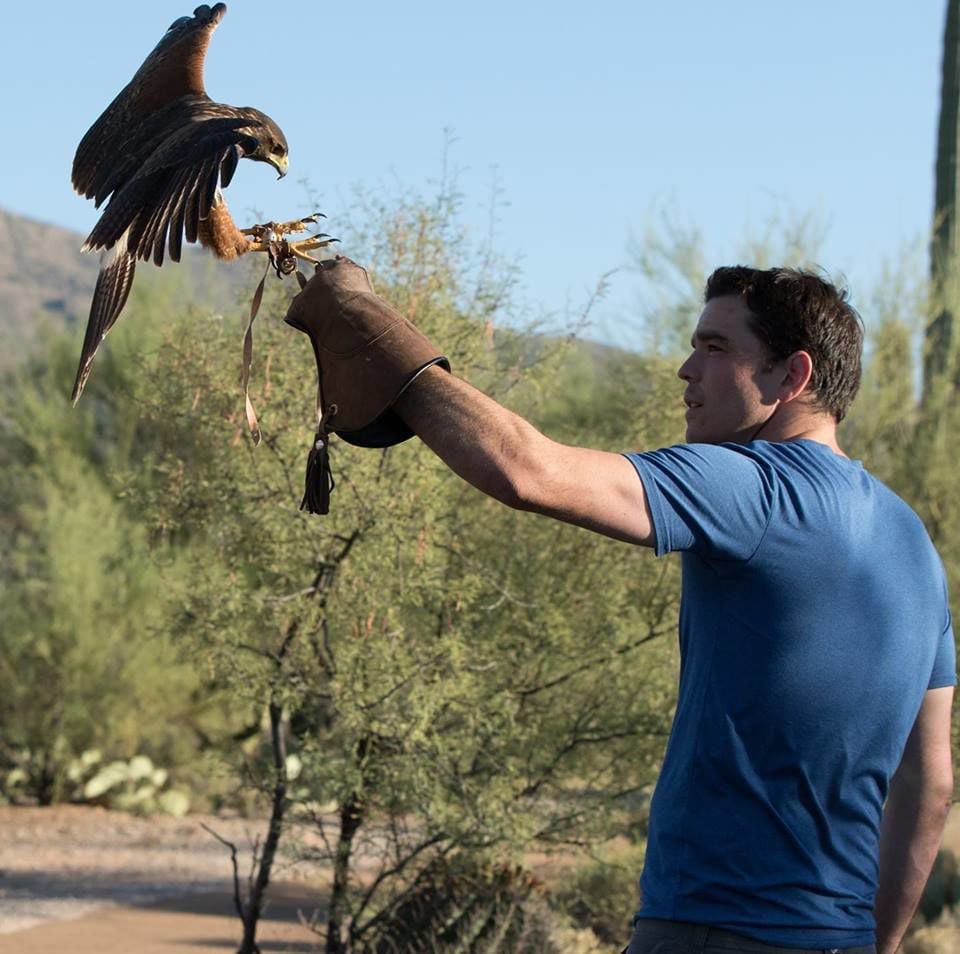 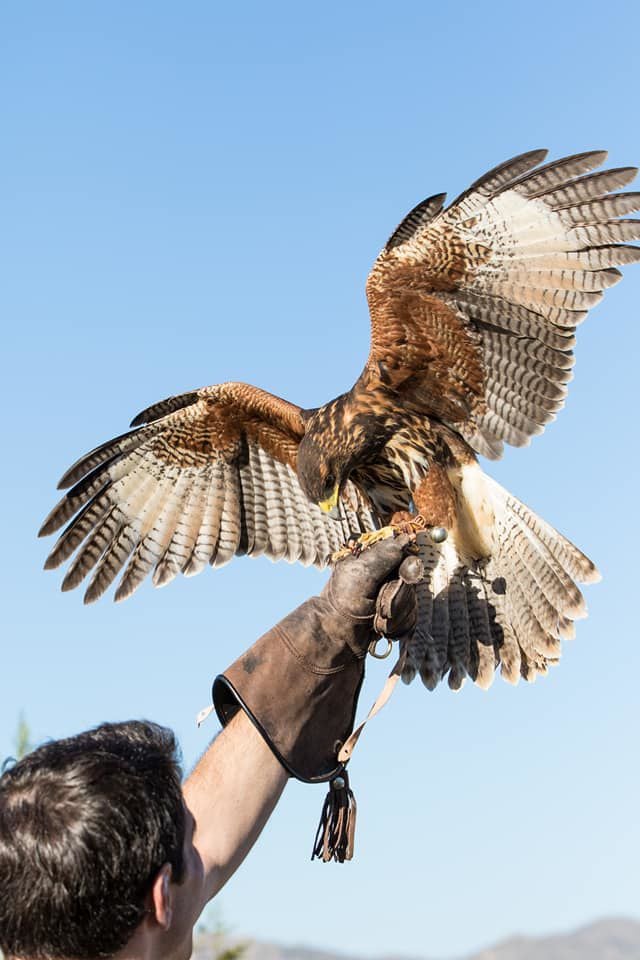 There are an estimated 4,000 licensed falconers in the United States.

About 100 falconers — people who train birds of prey to hunt wild quarry such as quail and rabbits — are expected to attend a falconry meet in Tucson later this week.

Sponsored by the Arizona Falconers Association, the Desert Hawking Classic is open to people who train and hunt with hawks, falcons, eagles or owls.

It will be held at the Radisson Suites Tucson from Thursday, Jan. 24, to Sunday, Jan. 27. Falconers plan to bring their birds to the meet.

“We are expecting somewhere in the area of 100 people including (association) members and others interested in the sport of falconry,” said Charlie Kaiser, president of Arizona Falconers. “There will be people from Louisiana, Minnesota, Texas, Washington, Oregon and California.”

Kaiser said people become passionate about falconry for many reasons.

“To call a wild hawk out of the sky, convince it to be your hunting partner, and be able to let it fly off and know it will return to you — well, what could be finer?” he said. “Falconry also gives us an up-close and personal connection to the world of nature, to the age-old predator-prey relationship.

“Falconry is an advanced form of bird-watching. We see parts of their lives no one else ever sees.”

Most events at the Desert Hawking Classic are open only to people registered for the event and not the general public. Kaiser provided an email address —

meetinfo@arizonafalconers.com — for members of the public interested in attending an apprentice workshop.

Falconry, according to the association and other sources, dates back some 4,000 years with origins in Asia and Europe.

It is, Kaiser emphasized, a pursuit that requires an extended period of training, an apprenticeship, and licensing by a state wildlife agency. There are an estimated 4,000 licensed falconers in the United States.

The association listed these requirements for becoming a licensed falconer in Arizona:

Once licensed, a falconer can be coached by others as to how to trap a bird and train it.

“It’s all about the right training and convincing the bird that it’s better to stick with you than going off on its own” when it’s released to hunt, said Kaiser, who has been a licensed falconer for 22 years.

“The techniques include positive reinforcement and providing food for the bird,” he said. “Think along the lines of training a new dog. It’s the same basic thought process. The bird develops a bond with you.”

Kaiser and others emphasize that falconry is not “pet keeping.”

“The physical and mental health of the bird is always first and foremost,” according to Falconers Association documents.

For more information on falconry, go to arizonafalconers.com

The cranes usually begin arriving in Arizona in mid-September to early October.

Cyclists find a pedaling paradise on Tucson's southeast side

Trek a new trail at the Painted Hills Preserve west of Tucson.

Wildflowers are blooming in winter — even after freezing nights

Brittlebush wildflowers and gold poppies are in brilliant bloom.

County will allow public fishing in January at the pond in preparation for the renovation.

Entrance fees at Saguaro National Park will increase by $5 on Jan. 1

Visitors can take advantage of several free park days being offered in 2019.

A Pima County man pleaded guilty earlier this month to 23 felony charges in a case that involved a total of 20 victims, officials say.

Scott and Nicole Clark have climbed dozens of towering summits across the globe.

While some parts of the country are freezing, this desert trail beckons.

A walk along Alamo Wash is virtually litter-free thanks to volunteers.

There are an estimated 4,000 licensed falconers in the United States.