The government rejected a Mexican woman’s petition to cross the border back to Arizona to comfort her children and see her ailing husband for what may be the last time.

He had spent the day trying to navigate the complexities of requesting that his mother, Gloria Arellano de la Rosa, be allowed back in the United States temporarily on a humanitarian basis.

Under very specific circumstances, the government can decide to allow people back into the United States for a certain number of days for humanitarian reasons. But it’s discretionary.

Arellano de la Rosa had been allowed in for a few days in 2011 to help care for her husband, Arsenio de la Rosa, when he had a stroke.

But this time, the officer told them he couldn’t allow it, because she was denied legal permanent residency in 2009, Bill said. “He apologized and said it wasn’t up to him, it was up to his boss.”

The fact that someone faces a 10-year ban does not preclude them from automatically being denied permission to come back into the country temporarily under certain circumstances, said Mo Goldman, a local immigration attorney.

"We have this in place, this option for individuals and our government to consider specifically for situations like this where somebody has complied with the law since they had original finding facing 10-year bar, where you have positive factors all over the place including the fact that her children are U.S. citizens and are all good kids, from my understanding great students as well, I don't think she has criminal history or anything of that nature, so she’s not national security risk and came to help him when had a stroke in 2011 and went back at the end of temporary admission," he said.

"If you look at all factors, I don't see why she’s not permitted to come in for a week or two weeks to spend a little time with him where he may no longer be on this earth, it’s just sickening," he added.

The lower acceptance rates for this kind of request predates the current administration, Goldman said, and have only gotten more difficult to obtain as the government is "much more skeptical of whether the person is going to leave the country they come in."

Rep. Raúl Grijalva, a Democrat from Arizona, said in a news release that he has sent a request to the Secretary of Homeland Security to intervene and reconsider the case.

“In denying her the opportunity to be with her family during a sorrowful and trying time, DHS has demonstrated a mean-spirited and cruel attitude towards a real humanitarian request," he said. "Our government has reached a new level of total denial, devoid of compassion and understanding."

“I’m completely confused by these circumstances,” Bill said, shaking his head. It’s the same type of confusion he felt when he was 15 and his mother was barred from returning to the United States, said the now-24-year-old graduate student.

In 2009, Arellano de la Rosa went to Juárez, Mexico for what she thought would be an appointment to get her green card. She didn’t think there would be any issues, as she was following the advice of her attorney and was sponsored by her American husband of more than a decade. She had four U.S. citizen children and no criminal records.

Instead, she faced a 10-year ban from returning to the United States because years before she crossed illegally after overstaying a visa.

She has a little more than a year to go before her children can petition so she can return to the United States.

“She has followed all the rules since she was barred,” said Bill. She’s remained in Mexico, sought legal means of returning to the United States when there was an emergency, and gone back to Mexico at the end of her temporary admission.

“And now she’s rejected?” he asked, as he sat outside on a bench in Nogales, Sonora — a few minutes from the fence that has divided his family for nine years.

“I don’t know how to reconcile how this can be happening. We had a letter from the health center saying he’s 85. In dire condition, during the last stages of his life. Even that cannot warrant at least a day to see him for the last time.”

During the hours they waited for the decision, there were moments Bill took as positive signs, such as when the officer inquired about his father’s medical condition and asked whether he was a U.S. citizen.

Thoughts about what they would do as soon as they crossed back to the U.S. started to run through Bill’s mind. Maybe they would stop at McDonald’s first because they hadn’t eaten all day. Then they would stop home in Tucson so she could see Jim, the eldest, and pick up Bobby, the youngest, to visit his father at a health and rehabilitation center.

“I was imagining what’s next, but at the same time remembering to keep myself in check and make sure my mom’s hopes don’t run away too far,” Bill said.

Arellano de la Rosa said she wanted to be there for her two youngest children.

“Who is going to comfort them?” she asked. “I wanted to be a pillar on which they could lean.”

But she’s lost all hope, she said outside the port of entry, with tears in her eyes.

Since their mother had to stay in Mexico, the four siblings — whose ages now range between 13 and 25 — have learned to look out for one another and after their elderly father.

Bill has always been the mover and shaker of the family and continued to do so from afar. He studies at the University of Oxford in England.

On Tuesday, he arrived in Nogales first thing in the morning with a folder in hand. Inside: a letter from a nurse practitioner about his father’s condition, his father’s passport, and forms he found online he thought he needed to fill out to seek the humanitarian parole, as the process is called. The medical note said Arsenio suffered another stroke on Aug. 6 and is “at the end of his life.”

Bill immediately approached officers at the port of entry to ask what he needed to do.

When he was told he needed to fax the nurse practitioner’s note, he got on the phone to try to reach a social worker who helps his father.

“I didn’t get the names of the customs officer,” he realized after leaving the port of entry. “Date of birth, full name,” he repeated to himself as a reminder of what he needed to tell the social worker.

After not reaching the social worker, he started to text and call his siblings. He needed them to go in person and make sure they faxed the letter, he told them.

In the meantime, he kept his mother updated on what was happening on the other side of the border.

“I’ll keep you posted,” he told her in Spanish. “Order a coffee or something to eat,” he said.

He’s learned to go with the flow after all these years, “to not be embarrassed or afraid with these things,” he said.

And when he learned his mother’s request had been rejected, he got to work, pulled out his computer and sent emails.

“Mom was rejected humanitarian parole to see my dad who’s dying,” he posted on Facebook. “This isn’t over.”

The Arizona Daily Star first reported on the de la Rosa family in 2015, in Divided by Law, a collaboration with Arizona Public Media: www.dividedbylaw.com

Chance of storms all week in Tucson, declining chances next week

Temperatures are also expected to increase next week.

Border patrol: Estimated $357,000 worth of drugs seized in Nogales

The vehicles and drugs were seized in both incidents.

Several outages left nearly 3900 customers without power on Tucson's northwest side this afternoon.

Neto's Tucson: An urgent plea that shouldn't have been needed 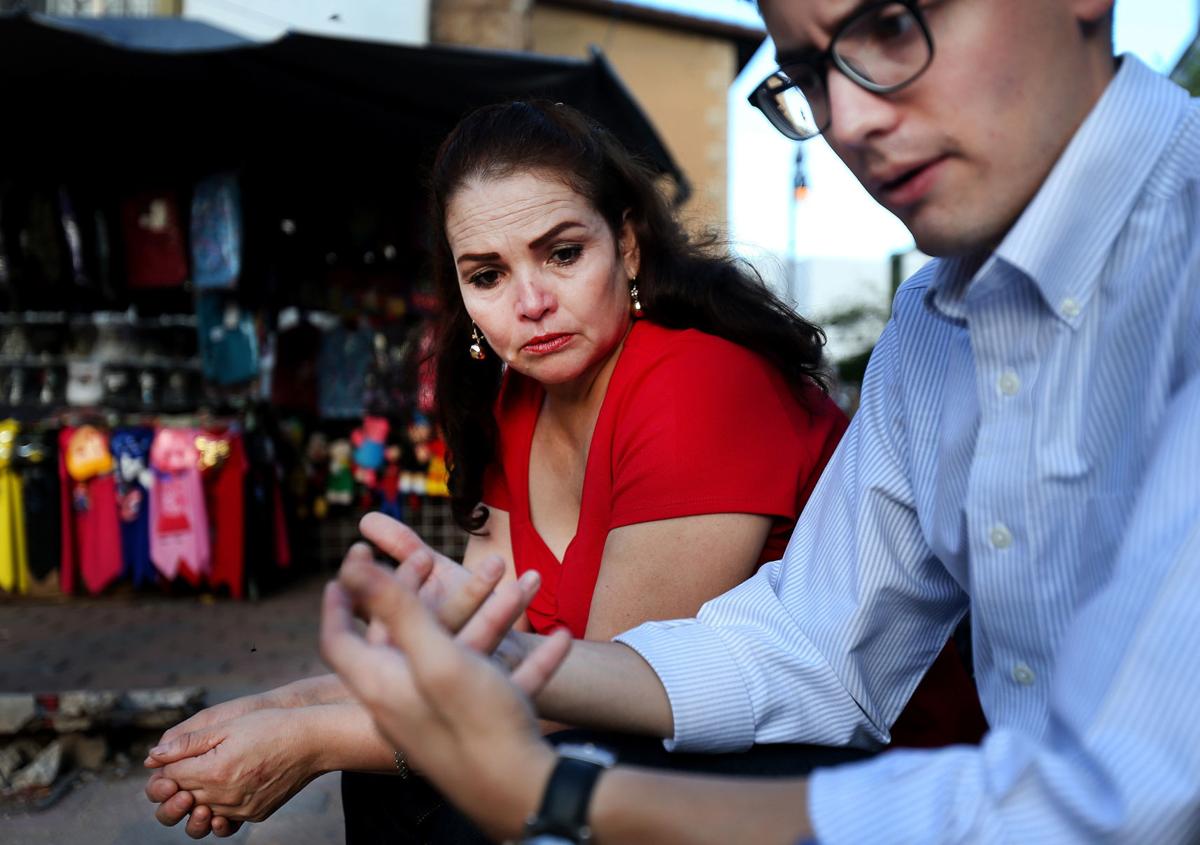 Gloria Arellano de la Rosa, left, and her son Bill de la Rosa sit near the DeConcini Port of Entry in Nogales, Sonora, moments after finding out her humanitarian parole request to return to the U.S. to visit her dying 85-year-old husband was rejected. 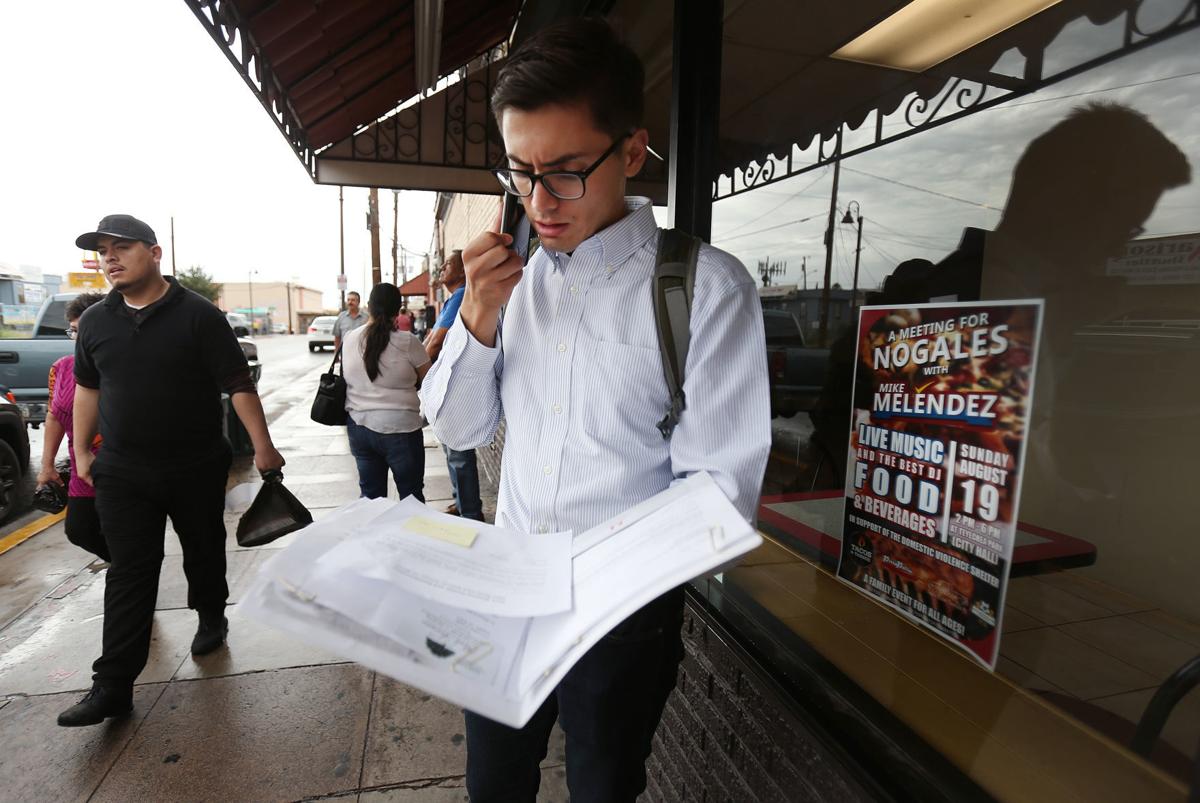 Bill de la Rosa works the phones near the border in Nogales, Arizona, trying to get caregivers in Tucson to fax necessary documents for his mother Gloria’s humanitarian parole hearing. 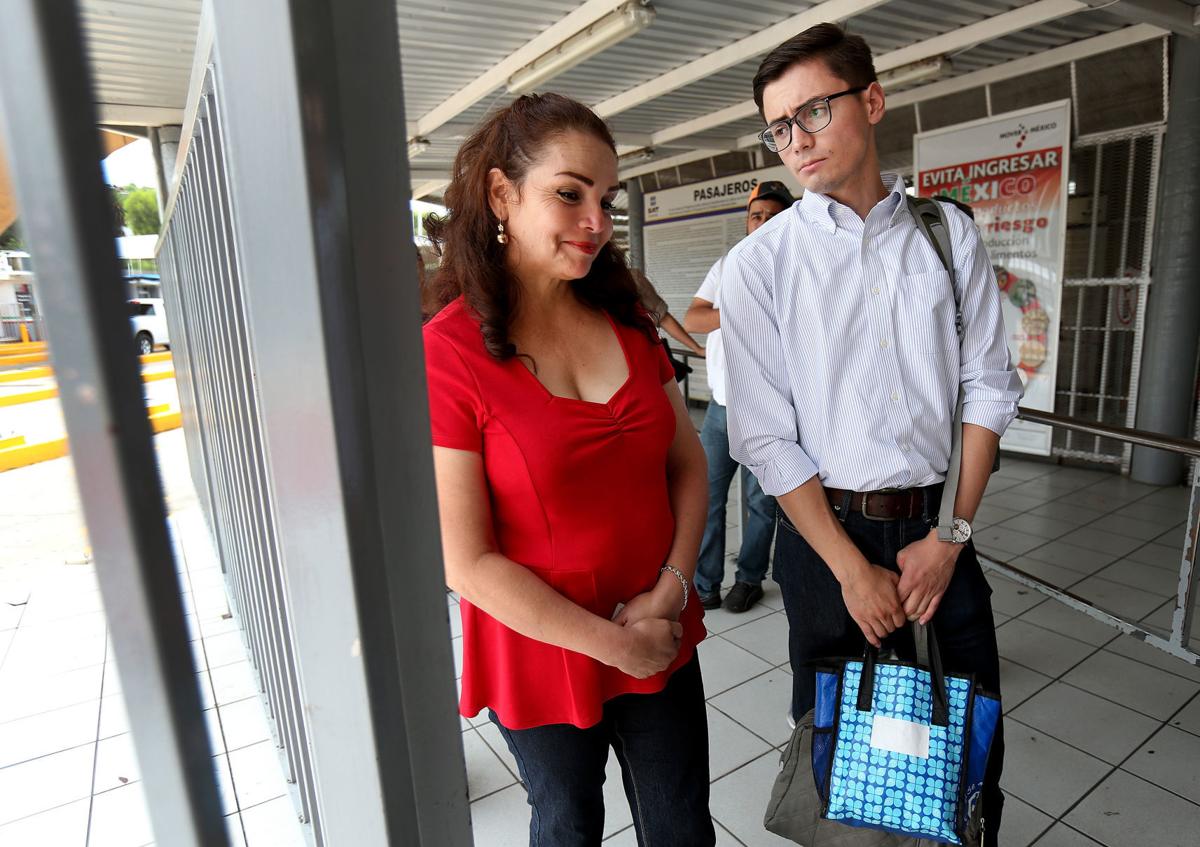 After the request of Gloria Arellano de la Rosa, left, was rejected, Bill vowed that the effort to have her visit her dying husband “isn’t over.” 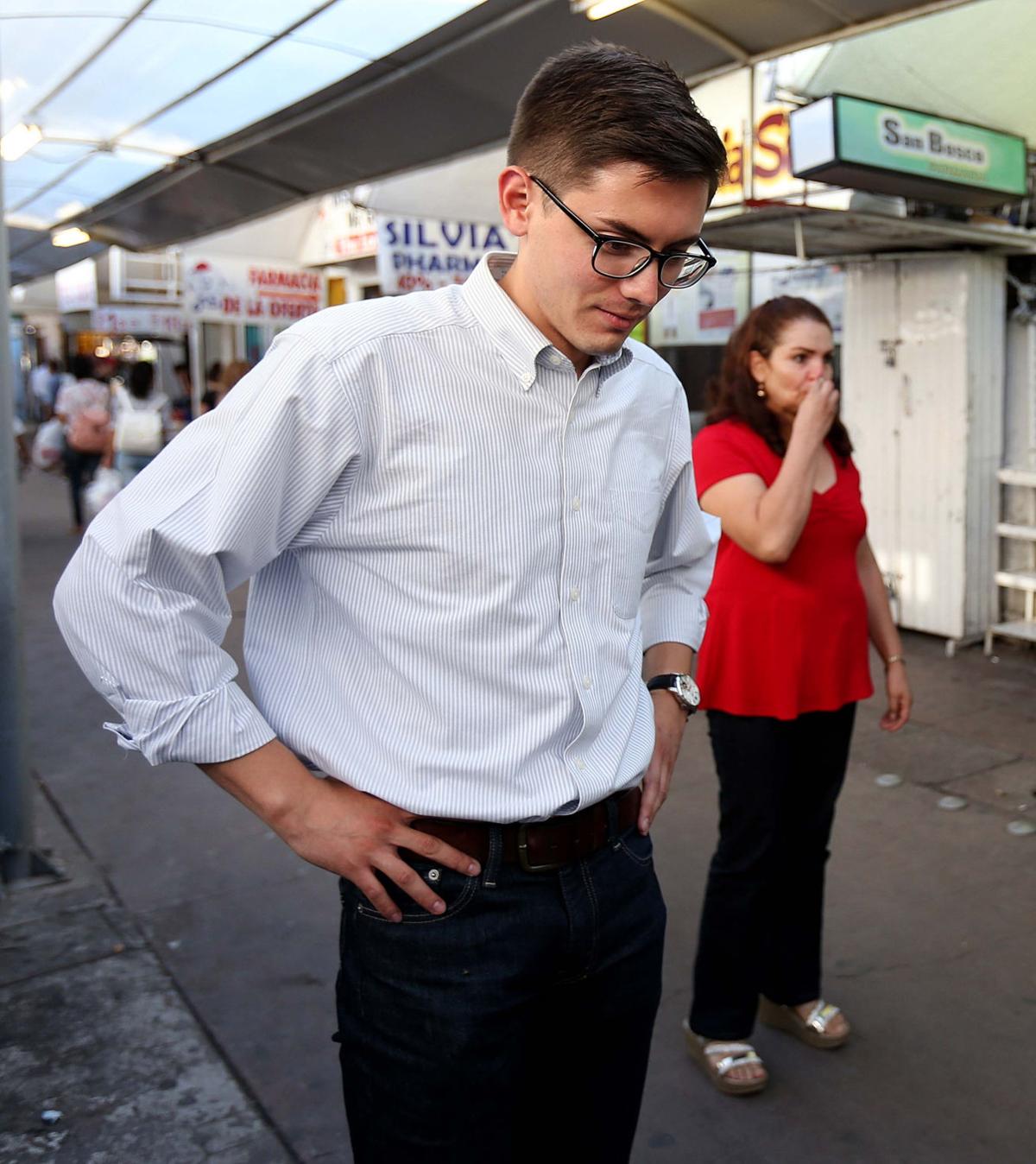 Bill de la Rosa, left, and his mom Gloria Arellano de la Rosa, right, process in the moments following rejection of her request for humanitarian parole near the DeConcini Port of Entry on Aug. 21, 2018, in Nogales, Sonora.