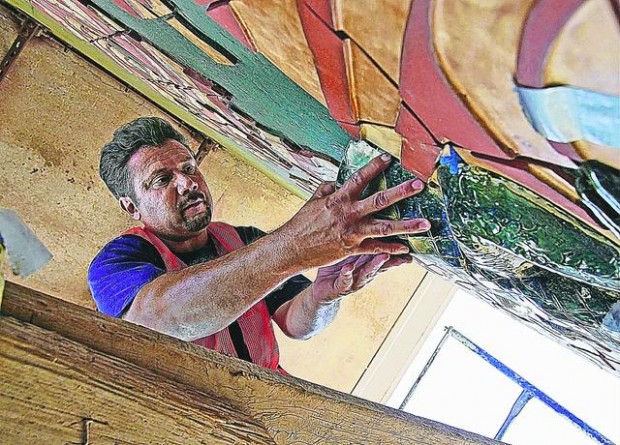 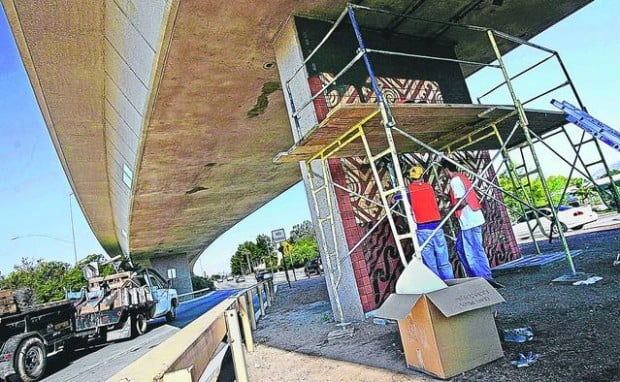 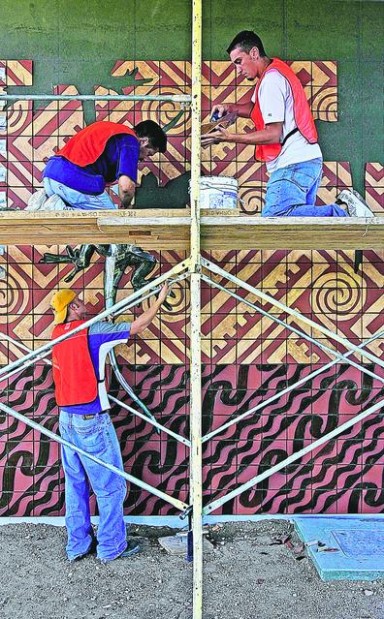 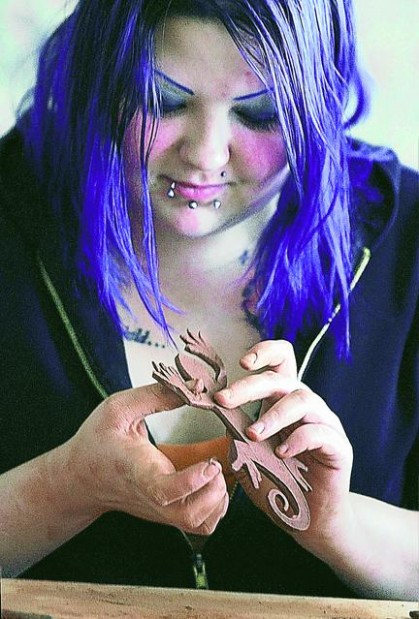 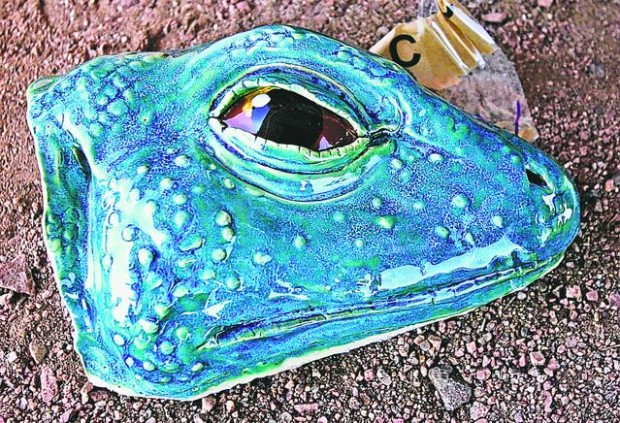 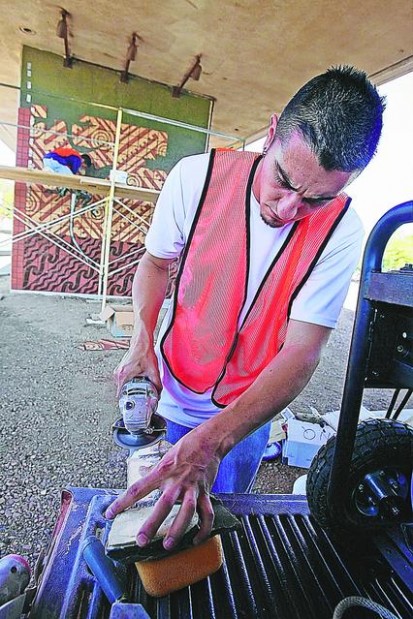 Westbound motorists traveling past the overpass at East Tanque Verde and North Pantano roads can now get a taste of Hohokam culture and view three lizards named Lenny, Lloyd and Lizette.

The mural's background design is taken from motifs from Hohokam pots, said one of the designers, Desert View High School teacher Brenda Semanick.

"We decided on the Hohokam design because there are a lot of Hohokam ruins in the nearby Tanque Verde basin," she said.

The design also includes three large lizards modeled after the indigenous types in the area, the spiny and collared, she said.

"You see a lot of them everywhere," Semanick said. "We have a lot of Lloyds."

The $25,000 project was funded by the Pima Association of Governments, Semanick said.

One of Semanick's former students, Rebecca Macaulay, helped her come up with the design, and several teenage art students from the Ward 2 area helped create the 200 tiles. They worked for five weeks, four to five hours a day to make the handmade tiles, Semanick said.

The nearby charter school, Tucson Accelerated High School, offered space for the students to work on the mural because some of the participating students had attended the school, Semanick said.