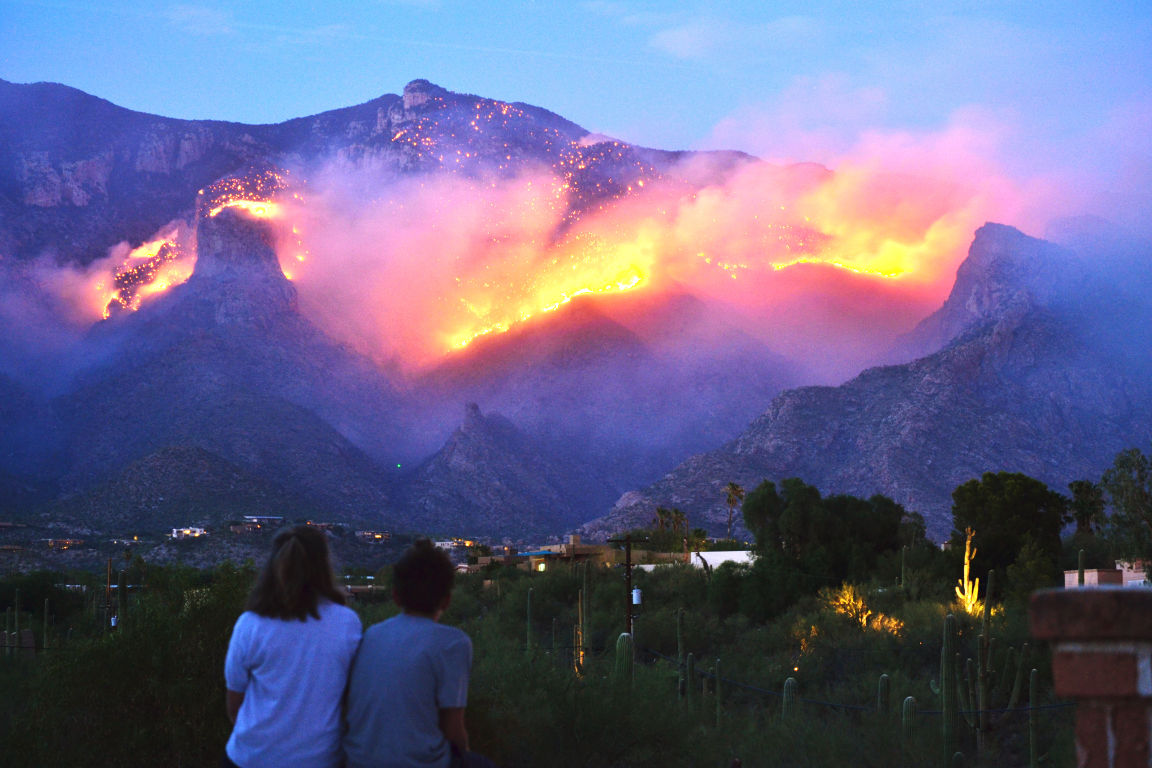 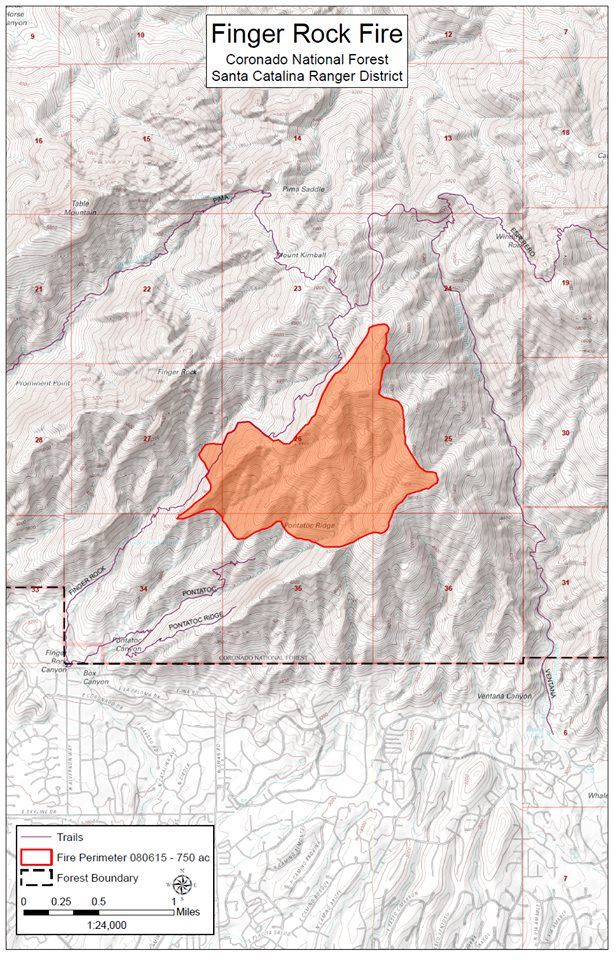 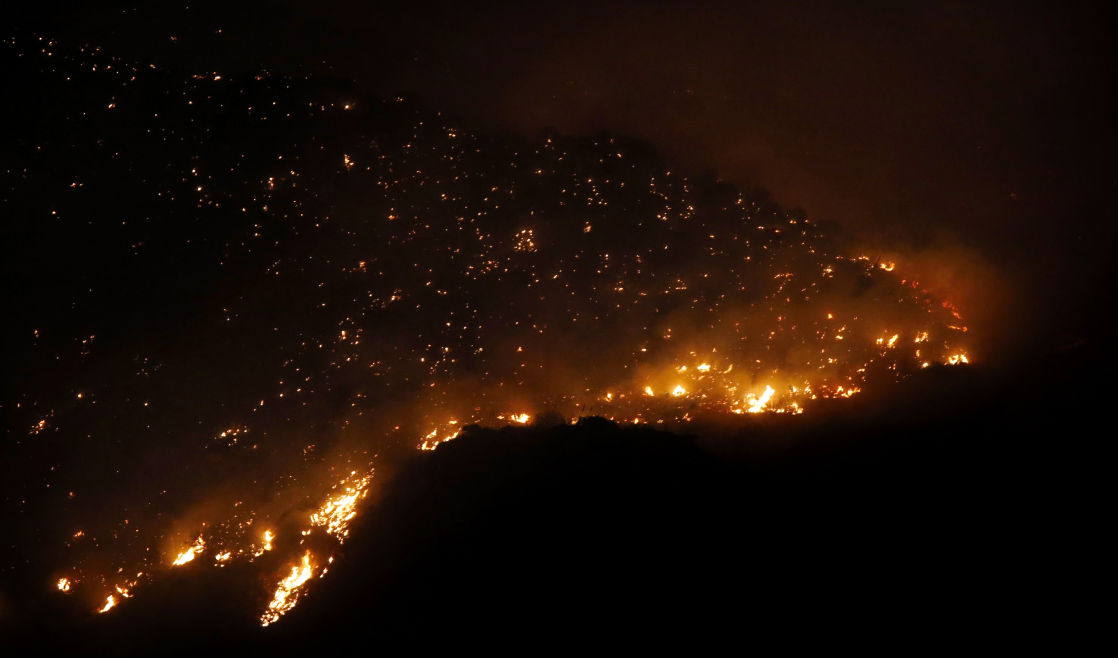 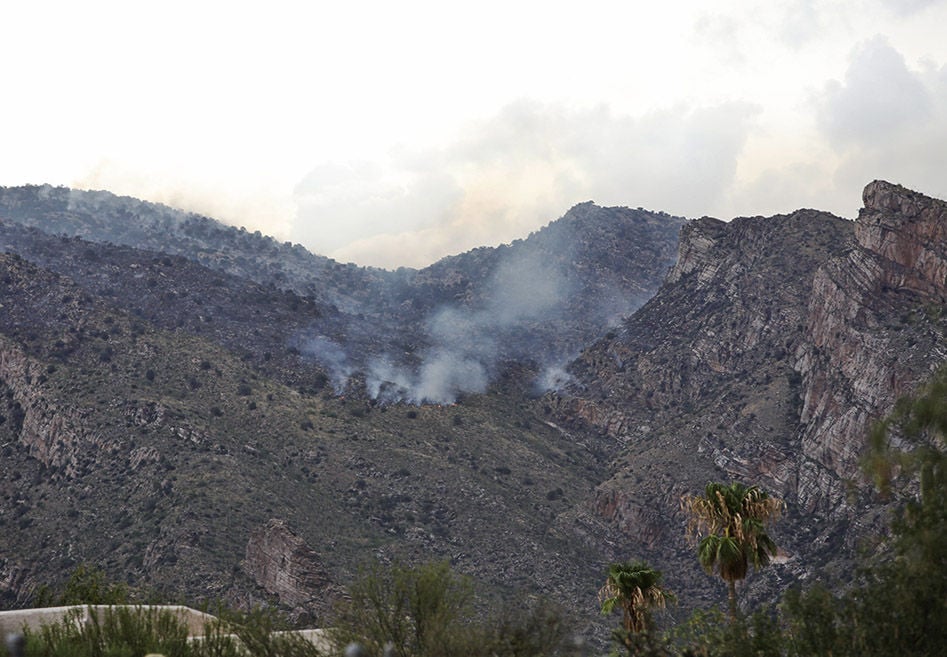 Smoke from the Finger Rock Fire had diminished significantly from Thursday afternoon.

The Finger Rock Fire near Pontatoc Canyon has grown to about 750 acres, officials said Thursday evening.

The fire showed minimal fire behavior on Thursday. Some moisture fell in the area and more is expected Friday.

The fire reignited Wednesday afternoon, producing smoke that could be seen across Tucson. Flames were visible for many Tucsonans Thursday night.

The fire was started July 29 by lightning but was dampened by storms. The fire smoldered but erupted as the vegetation dried out.

No crew was fighting the fire overnight.

Get the latest updates on the fire from social media below:

#FingerRockFire is visible this afternoon on the Catalina Mountains near Pontatoc Canyon at about 5000 feet in...

Smoke could be seen rising over the Catalina Mountains on Wednesday afternoon as the Finger Rock Fire re-ignited near Pontatoc Canyon.

Time lapse video from UA Atmospheric Sciences' weather cam shows the first sight of smoke in the Catalinas of the Finger Rock Fire.

A wildfire that had been burning in a remote part of the Catalina Mountains near Tucson since July 29, reignited on Wednesday and has spread t…

Smoke from the Finger Rock Fire had diminished significantly from Thursday afternoon.