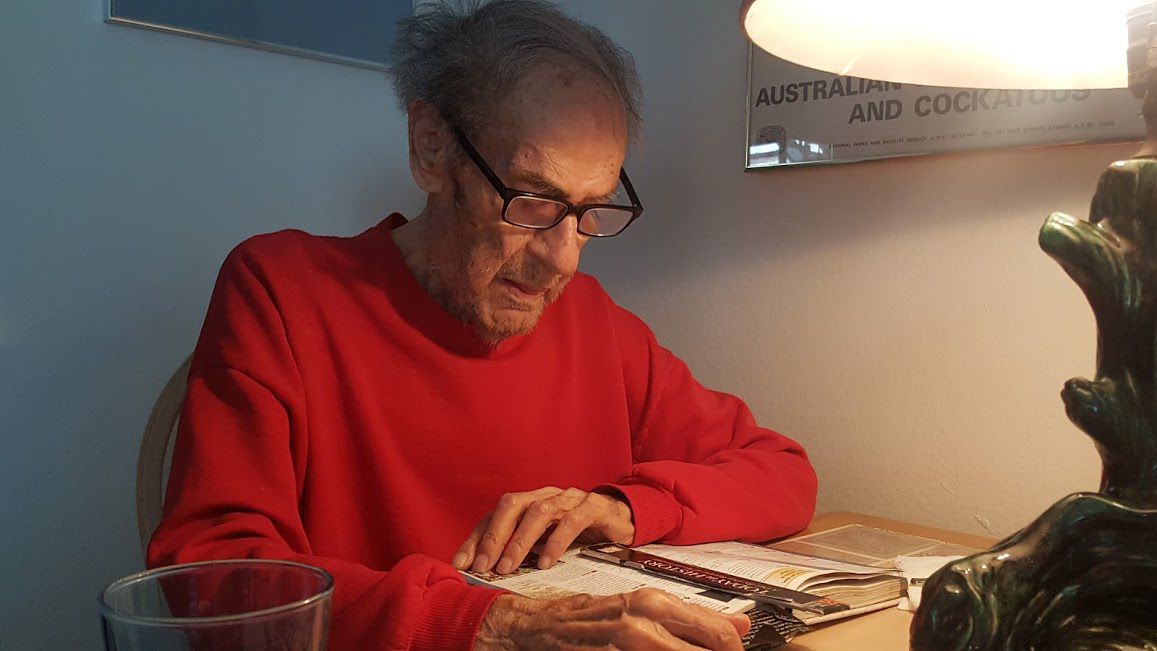 Before his health started to fail, Frederic Balazs spent hours reading at the kitchen table of his foothills condo. He moved into Sierra del Sol memory care in spring 2017. He read thick biographies and history books. 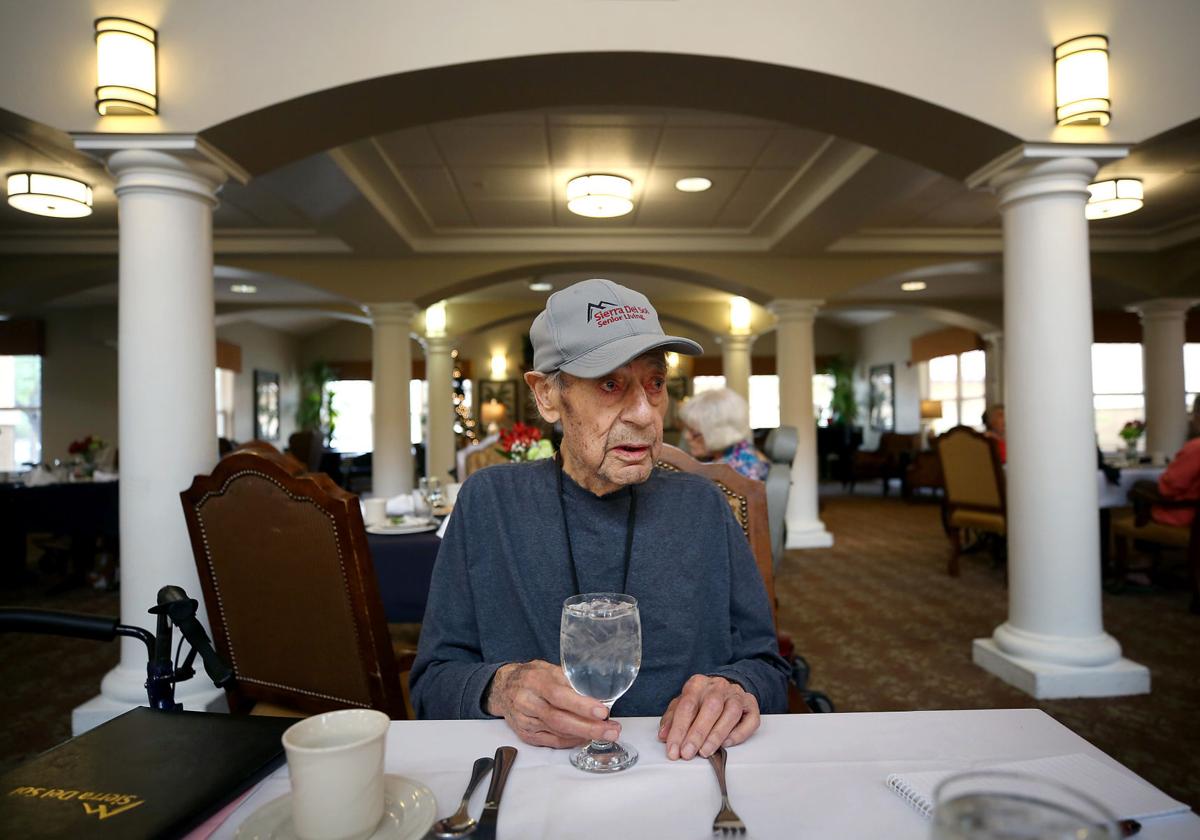 Balazs was 98 and had resided in the care facility for just over a year.

The TSO was largely an undisciplined nonprofessional group when he took over in 1952. He told the Tucson Citizen in a 2003 interview that musicians would show up late and unprepared for scheduled rehearsals. But in a matter of a few years, he imposed professional standards and transformed the group into a respected regional orchestra.

“Fred had one of the longest tenures as music director in TSO history and it came at a seminal time in the development of the orchestra,” said TSO President/CEO Thomas J. McKinney. “His contribution can never be underestimated.”

“He put the symphony and Tucson on the map,” his son Michael Balazs said.

He studied violin as a child under Béla Bartok, Ernst Von Dohnànyi and Zoltàn Kodàly — some of the biggest Hungarian names in classical music. At 17 he landed the coveted concertmaster position with the Budapest Symphony Orchestra.

His violin prowess helped him emigrate to the United States in 1939, just as World War II was breaking out and Communism was beginning to squeeze Hungary. He served in the U.S. Army during World War II, including as a musician, and after the war ended, he continued playing violin, conducting and composing.

After several years leading the Wichita Falls Symphony in Texas, where he met his wife Ann, Balazs was hired to take over the podium of the largely unpaid, nonprofessional Tucson Symphony Orchestra. During his tenure, the musicians unionized and developed into a dynamic regional orchestra, paving the way for the TSO’s current day success. The TSO will mark its 90th anniversary in the 2018-19 season that begins Sept. 21, a milestone that might not have been possible without Balazs, some of his former musicians have said.

Balazs spent 15 years in Tucson, then went on to conduct orchestras around the country including in Kansas, Cincinnati, San Luis Obispo, California, and was a concertmaster in Honolulu, Hawaii.

He continued guest conducting — including in the Faroe Islands and Europe — and composing into his 90s, drawing comparisons to Bartók, Shostakovich, Ives and Piston.

Balazs moved back to Tucson about a dozen years ago, largely forgotten until fall 2008 when the New York piano ensemble Trio Solsti performed a work it commissioned from Balazs with Arizona Friends of Chamber Music. The next year, on the eve of his 90th birthday, the TSO performed his sweeping choral work “Song — After Walt Whitman” with the Tucson Arizona Boys Chorus.

In the past four or five years, Balazs turned his attention to writing his memoirs, typing out more than 400 pages on an old Royal typewriter.

“I had an incredibly rich life,” he said in an interview last August. “I’m very fortunate.”

Memorial donations in Balazs’ name can be made to the TSO Music in the Schools Program or the Tucson Arizona Boys Chorus.

Is this the world's first fully robotic AI café in the world?

Is this the world's first fully robotic AI café in the world?

A night of milestones, premiers

Frederic Balazs, the Hungarian-born conductor who transformed the Tucson Symphony Orchestra into a formidable regional orchestra during 15 yea…

Frederic Balazs, the Hungarian-born conductor who transformed the Tucson Symphony Orchestra into a formidable regional orchestra during 15 yea…

WASHINGTON — A West Wing aide who was dismissive of gravely ill Sen. John McCain during a closed-door meeting last month has left the White House.

PHOENIX — Hundreds of miners and their relatives will join leaders from the Navajo Nation, the Hopi Tribe and the United Mine Workers to rally…

Cloudy skies in Tucson today, but no chance of rain.

People with outstanding warrants, suspended licenses can meet with attorneys and go before judges to settle or quash their warrants.

COLLEVILLE-SUR-MER, France — Families of fallen soldiers and dwindling numbers of veterans of the D-Day invasion gathered on the Normandy shor…

The community is without power and air conditioning as temperatures are currently over 100 degrees.

Georgia singer doesn't mind that it will be 100-plus in Tucson when he hits the AVA stage Thursday night.

Services set for Frederic Balazs, TSO conductor who died at 98

Private service at veterans cemetery to include full military honors.

Kenny Chesney and 45,000 fans pack into the house that baseball built

Country singer brings "Trip Around the Sun Tour" to Phoenix and makes us feel like everything's going to be alright.

It's his first Tucson concert in a dozen years.

Seeing the pair on one bench, fingers darting over the ivories with precision and extraordinary acrobatic dynamics, is exhilarating, according to reviews.

TSO takes us on glorious odyssey to open 90th season

This is the fourth time since 2010 that the TSO has had to fill the CEO post. 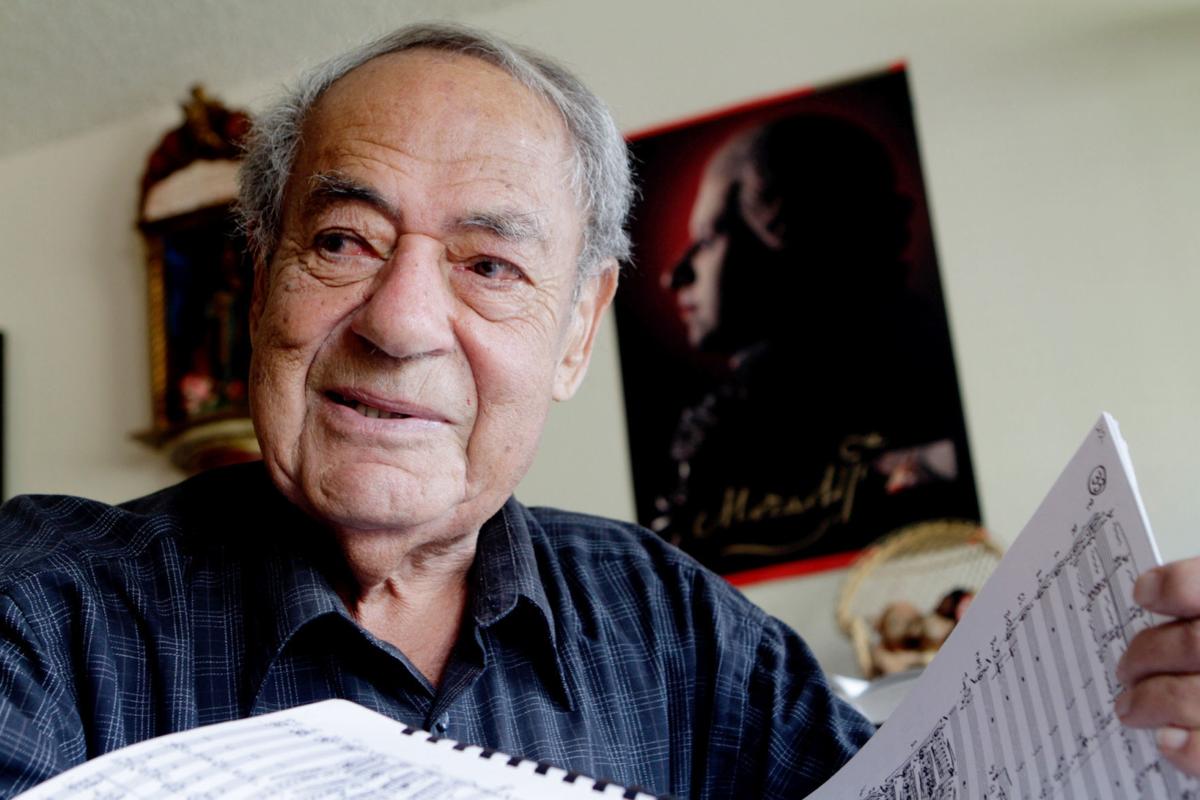 Frederic Balazs continued to travel the globe as a guest conductor into his 90s. He died Saturday in Tucson. 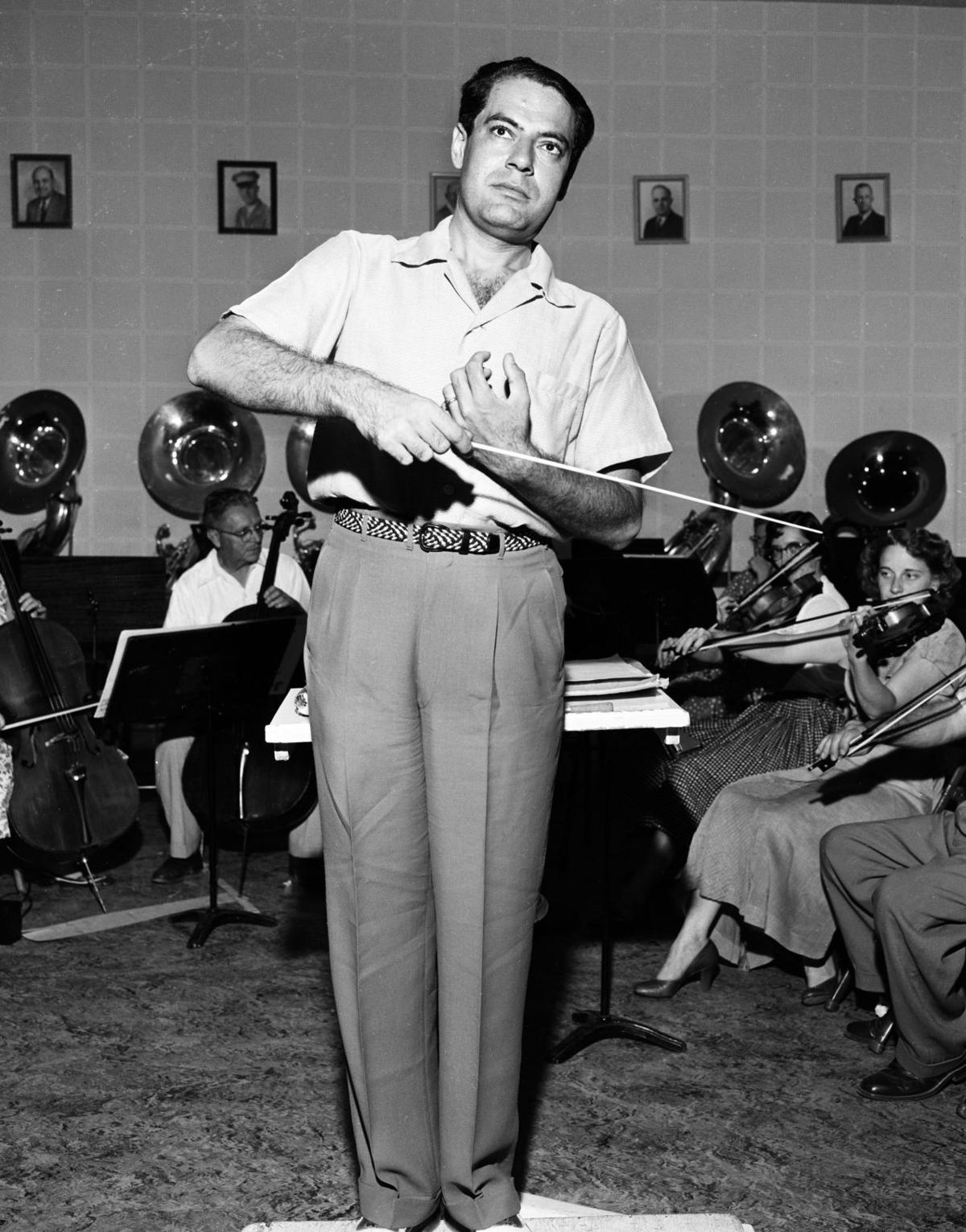 Frederic Balazs, the first full-time conductor of the Tucson Symphony Orchestra, during a rehearsal at the University of Arizona music school.

Before his health started to fail, Frederic Balazs spent hours reading at the kitchen table of his foothills condo. He moved into Sierra del Sol memory care in spring 2017. He read thick biographies and history books. 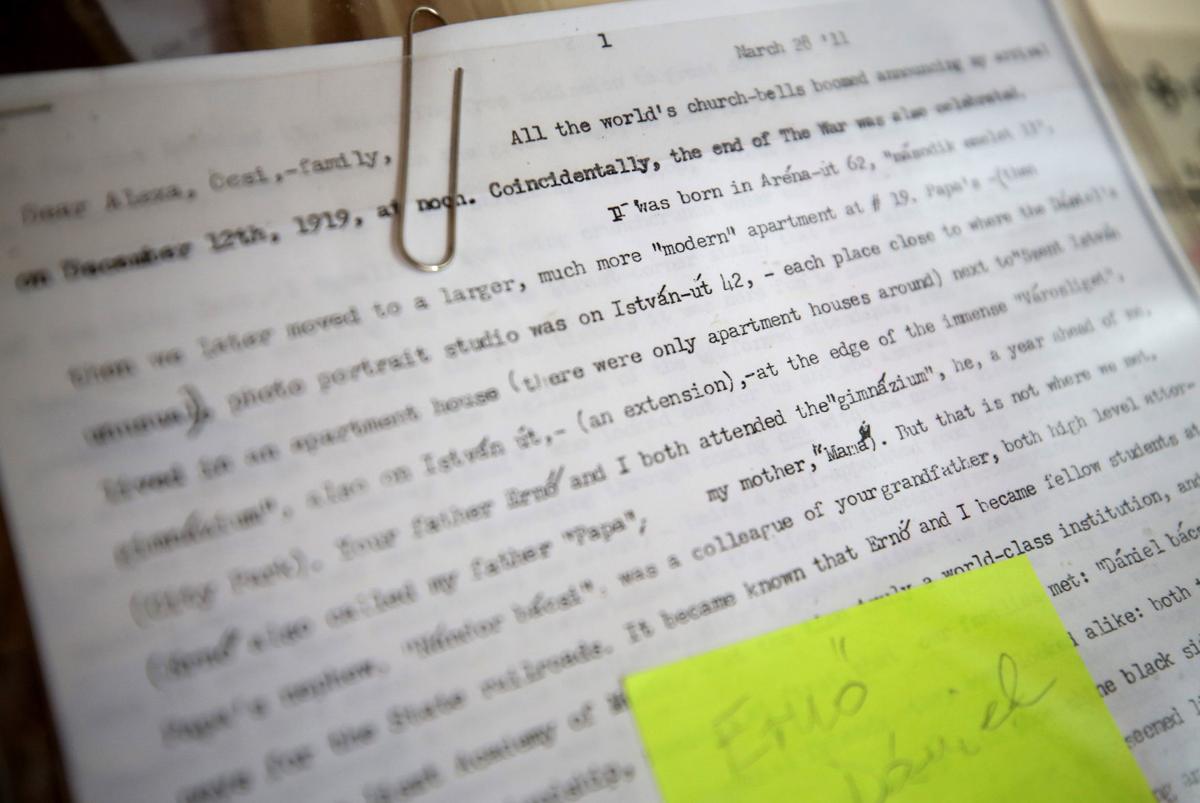 Fred Balazs was the first full-time conductor for the Tucson Symphony Orchestra from 1952-1966. On Dec. 12 he will turn 98 years old. He spends his days reading and writing is memoir at Sierra Del Sol Memory Care. He uses a manual typewriter. November 30, 2017 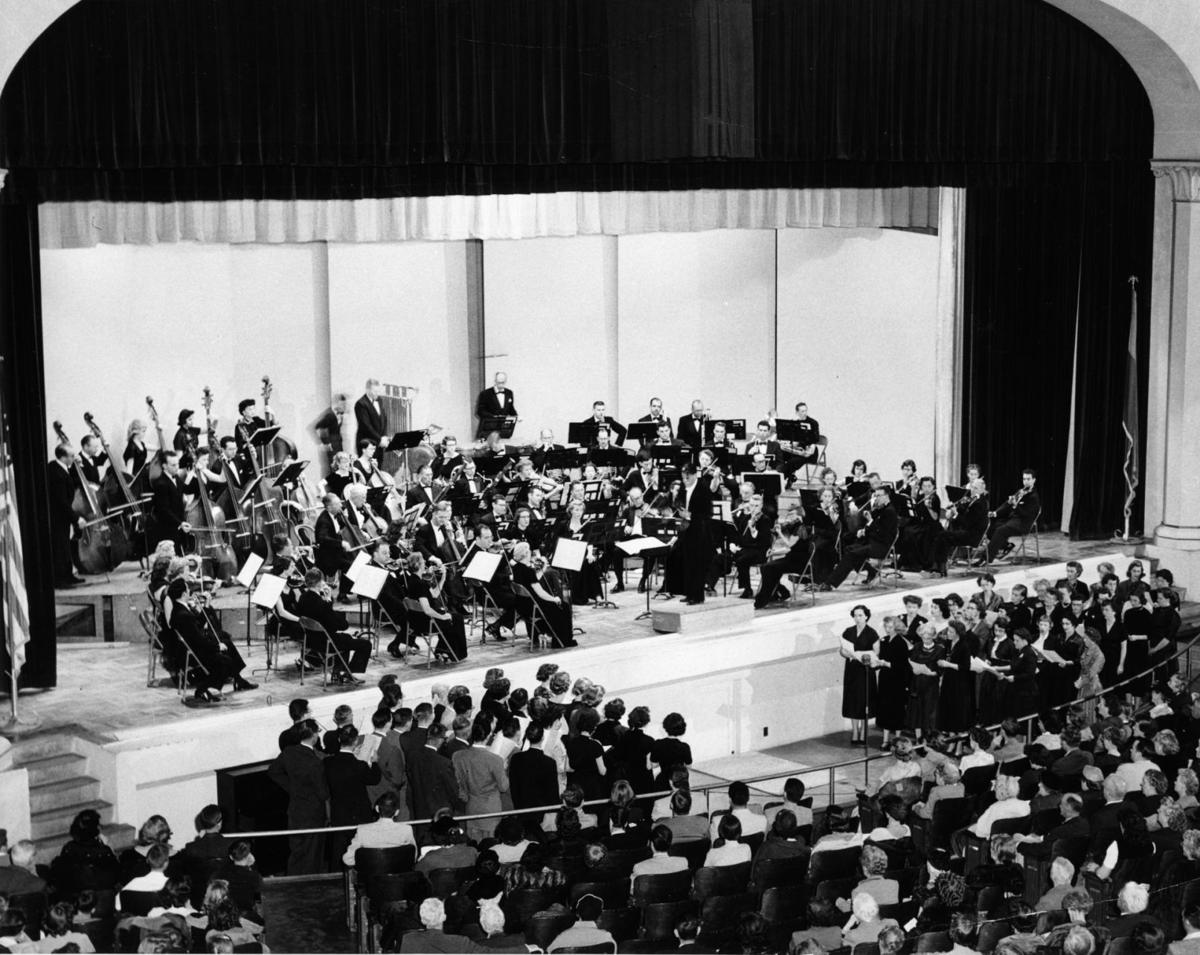