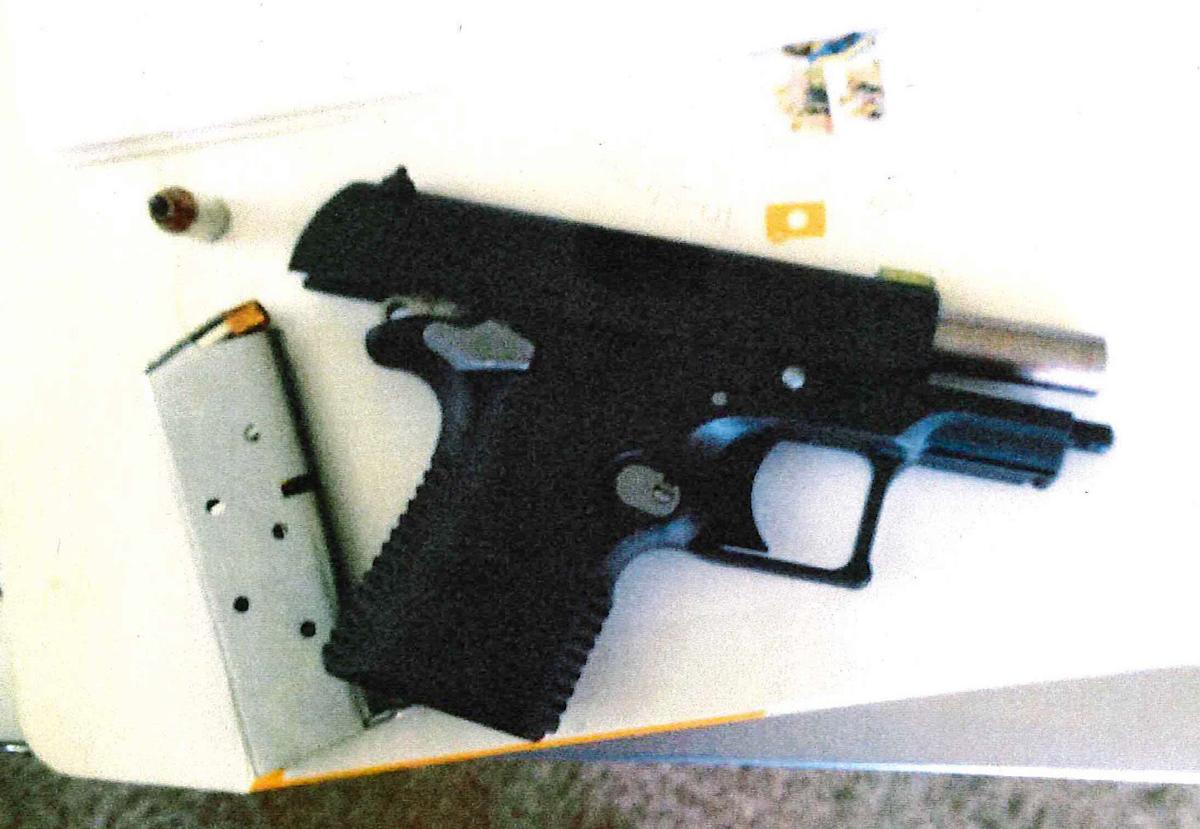 A plot in Green Valley and Sahuarita involved sending $124,000 worth of weaponry to Hong Kong. 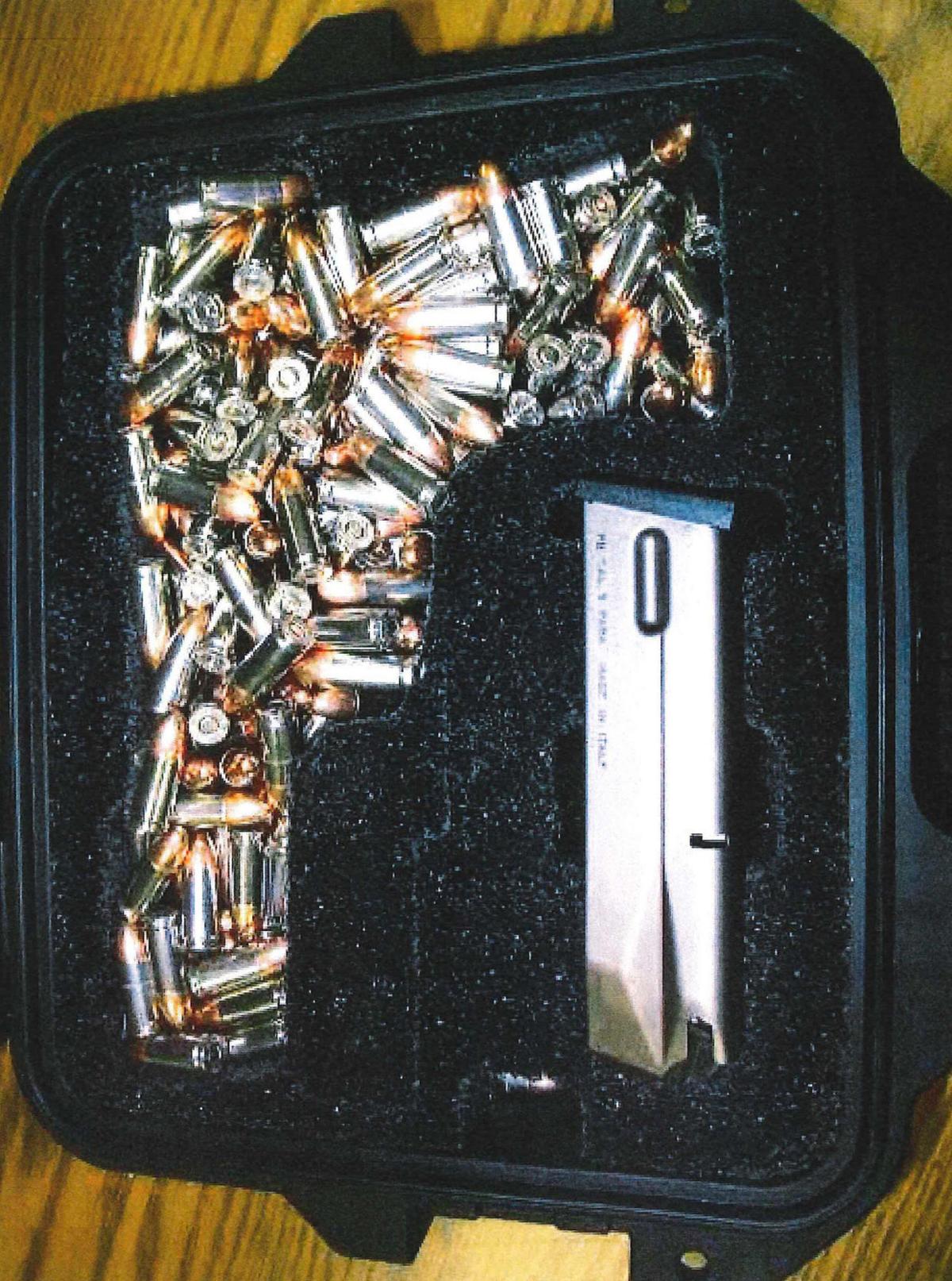 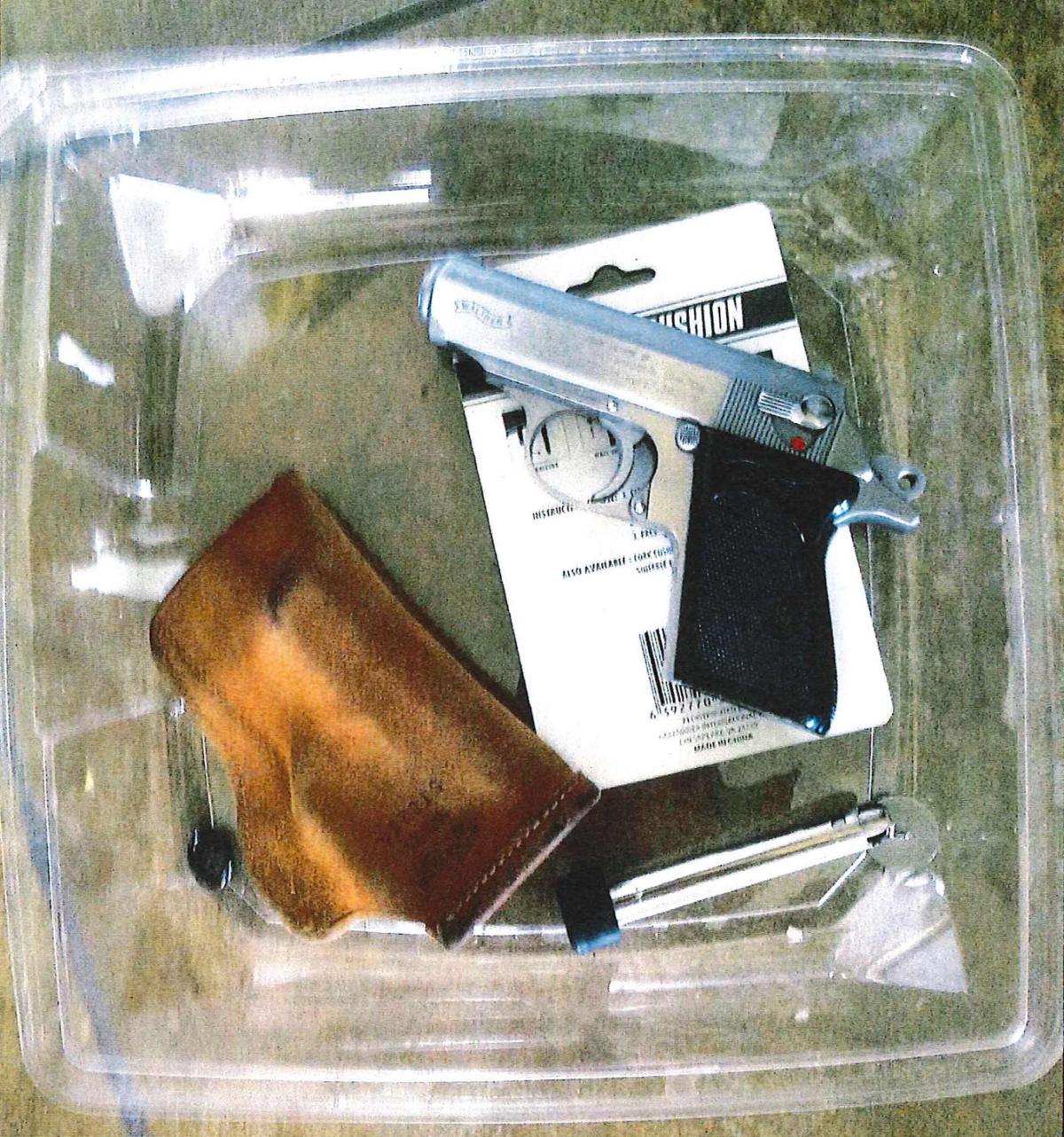 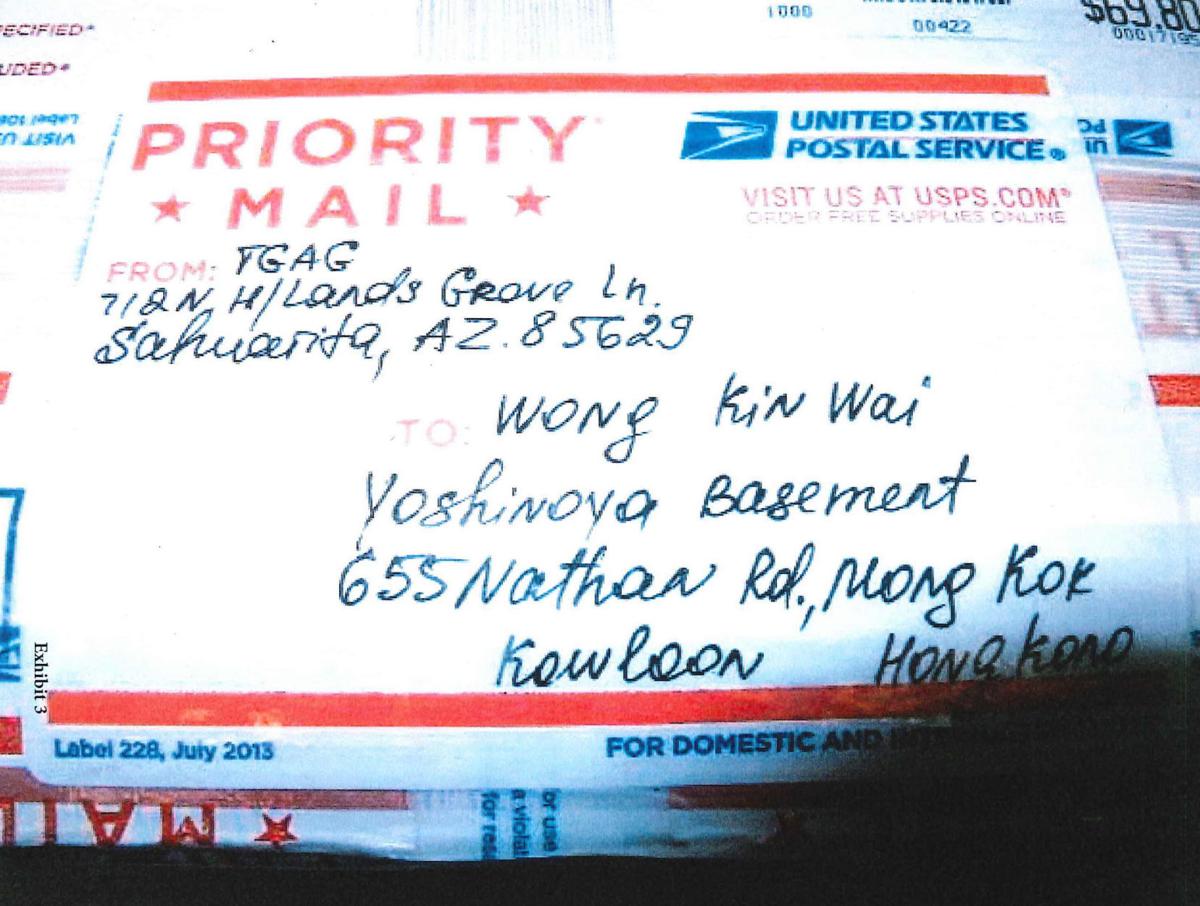 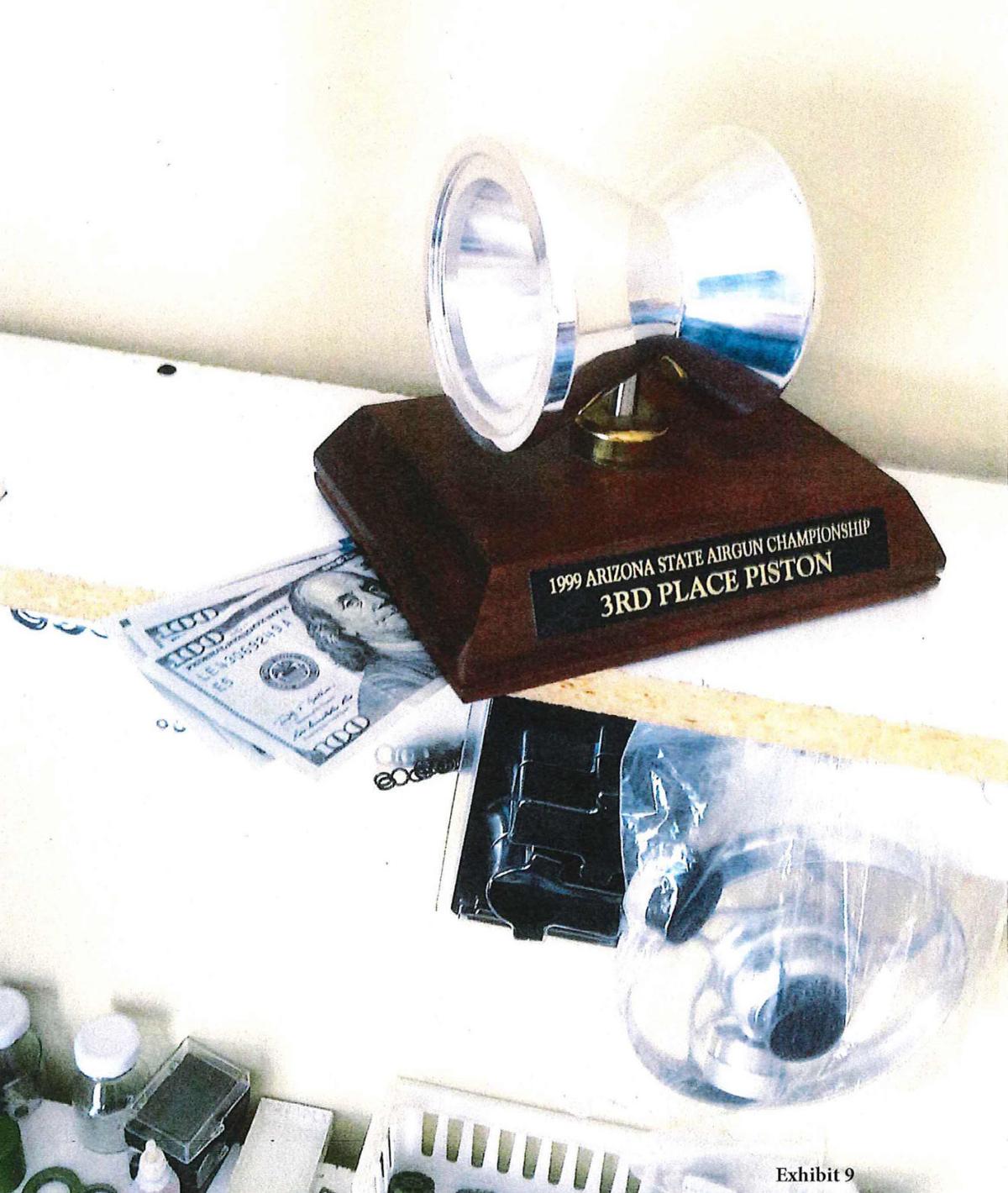 Editor's note: This story was updated to reflect that Peter Plesinger is no longer affiliated with Top Gun Airguns.

A Sahuarita woman mailed a package labeled “metal artwork” to Hong Kong. But instead of artwork, the package contained a Ruger semi-automatic rifle.

The January 2014 mailing was the first of at least 27 packages of “artwork” Irina Cvetkovic, 58, would send to a Hong Kong man her fiancée met online, according to documents filed in U.S. District Court in Tucson.

Agents found $6,000 in cash, 10 guns, about 7,700 rounds of ammunition and 65 silencers. All told, the smuggling scheme run by four people in Green Valley and Sahuarita involved sending $124,000 of guns, ammunition and silencers to Hong Kong, court records show.

Steve Smith, owner of Wild West Air Arms in Green Valley, was sentenced earlier this month to 8½ years in prison for his role in the scheme, which resulted in a 65-count indictment.

Peter Plesinger, 56, sales advisor at Top Gun Airguns in Sahuarita at the time of his arrest, pleaded guilty to smuggling charges and likely will be sentenced in coming weeks, court records show. His plea agreement included a sentence of about seven years. However, he asked to withdraw his plea because he did not understand the sentencing.

Top Gun Airguns was sold and Plesinger is no longer affiliated with the business.

Cvetkovic faces up to a year of probation and Earl Richmond, 70, of Green Valley, was sentenced to three years of probation.

The scheme evolved from an online encounter between Plesinger and Wong Kin Wai, a fast-food restaurant manager in Hong Kong, according to federal court records and Hong Kong media reports.

After Wong inquired about buying U.S. guns, Plesinger said he knew how to ship guns without the FBI noticing, such as buying guns a few at a time and sending the guns in pieces.

To further hide the scheme, he offered to have his fiancée, Cvetkovic, sign customs forms for the packages, court records show.

When Wong wanted a particular gun, Plesinger would order the gun through his store. Plesinger would take it apart and put the pieces in different packages. Cvetkovic would then take the packages to post offices in Sahuarita and Green Valley and send them to Wong.

Wong collected all the packages in Hong Kong and assembled the guns. He would then pay Plesinger through Paypal.

Wong paid Plesinger 50 percent more than the market value of the guns, plus a service fee and the cost of shipping and handling. In six months, Plesinger made $64,500 through his arrangement with Wong, court records show.

After a few successful shipments, Wong asked for higher-quality, more-expensive guns, as well as more ammunition and silencers.

“He asked me for 10,000 rounds,” Plesinger told federal agents, describing it as “not enough to start a war, but some ammo.”

In a “stroke of genius,” Plesinger said Wong told him to wrap the ammunition in lead sheets to avoid detection by law enforcement scanners.

Some boxes of ammo were so heavy that Cvetkovic couldn’t lift them and had to use a dolly to get them into the post office. Plesinger told authorities that she dropped one of the packages on her foot and was injured, court records show.

Smith began dealing with Wong as well, buying and shipping $59,550 in firearms to Wong as Plesinger had been doing, records show.

Smith told Wong that he knew someone who could build silencers. Wong asked for handgun and rifle silencers and agreed to pay $150 apiece for them.

Smith contacted his friend Richmond, who he knew from a Green Valley air-gun club, with the order for silencers, records show.

Authorities found silencers and equipment to make silencers in his garage, court records show. Richmond gave the silencers to Smith, who gave them to Plesinger.

The smuggling scheme came apart when two bullets fell out of a package at a Hong Kong post office, according to a report in the South China Morning Post.

The post office notified Hong Kong customs, who sent an agent disguised as a letter carrier to the restaurant where Wong worked. The agent offered Wong the package with the ammunition and then arrested Wong when he accepted it.

Authorities searched his house and found several guns, a silencer, and 9,000 rounds of ammunition. They also found 30 spent shell casings. Wong admitted he had been firing the guns in his apartment.

Wong had been talking about selling the guns through an online messaging service, according to the news report. He was sentenced to more than six years in prison.

Hong Kong customs notified Homeland Security Investigations, which is a branch of U.S. Customs and Immigration Enforcement, of the gun smuggling. HSI agents then intercepted two packages at Los Angeles International Airport sent by Plesinger and Cvetkovic to Wong.

HSI then sent agents to Plesinger’s house with the search warrant.

The Star contacted the four lawyers representing the defendants, but they declined to comment.

Nate Airulla is a journalism student at the University of Arizona and an apprentice at the Arizona Daily Star. Contact him at

Bill would save Nogales from $40M sewage pipe repair

The pipe brings millions of gallons of sewage and industrial wastewater across the border every day.

An appeals court upheld the conviction of a drug scout in southern Arizona.

Feds seize guns of 8 Chinese students at University of Arizona

Officials say it doesn't appear there was any criminal intent by students in buying the guns.

Federal agent in Tucson gun-smuggling case: ‘Every family member had a .50 cal’

A plot in Green Valley and Sahuarita involved sending $124,000 worth of weaponry to Hong Kong.