On Friday and Saturday, Days of Caring for the United Way of Tucson and Southern Arizona will celebrate a platinum anniversary.

The value is precious: Over the past 19 years, the event has rallied 52,364 volunteers to complete 3,263 service projects; an additional 4,000 volunteers are expected to donate manpower to more than 145 Southern Arizona nonprofits, schools, parks, childcare centers, long-term-care facilities and public spaces during the upcoming 48-hour period.

“All of the projects improve the community, whether it be helping at a school or nonprofit or beautifying public spaces. The projects completed in the span of the last 20 years have had a lasting impact on the neighborhoods and communities surrounding them,” said Melissa D’Auria, director of marketing and communications for the United Way of Tucson and Southern Arizona.

“La Suprema Community Mural” will adorn the north wall of the La Suprema Works and Events at 319 W. Simpson St. in Barrio Viejo. The new coworking space, scheduled to open in 2020, will be housed in an early-1900s adobe that was last used as a tortilla factory owned by La Suprema Mexican Foods. Local artist Isaac Caruso described his vibrant, neighborhood-inspired mural as designed “to capture the timeless appeal of the Barrio ... and speak to the Native American, European, African and Asian people who built Tucson.”

“He created a design that pays homage to the historical significance of the neighborhood and it has been transferred to a paint-by-number mural that volunteers will complete on Friday and Saturday. We are really excited. The mural exemplifies the spirit of this event, which is people — nonprofits, neighborhood associations, businesses and volunteers — all working together to improve the community one project at a time,” said D’Auria.

D’Auria credits numerous businesses — many of which offer employees time off from work to volunteer during Days of Caring — for their long-term collaboration, including Wells Fargo, Texas Instruments, Geico, Freeport-McMoRan and founding sponsor IBM.

This year, more than 150 IBM employees have registered to assist with projects such as landscape and maintenance at Therapeutic Riding of Tucson (TROT) and Camp Lawton for the Boy Scouts of America Catalina Council; assembling boxes for the Community Food Bank; filling bags for Boo at the Zoo at the Reid Park Zoo; and weeding, harvesting and planting at the Friends of Tucson’s Birthplace Mission Garden.

“We get lots of people that sign up as groups and they see it as an opportunity to give back to the community and have a team-building activity at the same time,” said Mike Hernandez, site operations manager and community liaison manager for IBM.

Among those are a group of product field engineers who have performed maintenance and repairs at the Postal History Foundation almost every year. Hernandez said many of the engineers use the time toward IBM’s On Demand Community Grants program, which allows individuals and teams to log service hours and earn IBM-funded cash grants for nonprofits of their choice.

Ultimately, Hernandez said that the Days of Caring “allow IBM to share its most valuable asset: people.”

“Projects like this give everyone in the community the chance to get out and give back. That makes everyone feel good and positive, and in this day and age that is what everyone needs. It makes everyone happy and you can see how much of an impact it makes when you do these little things,” he said.

A map and 100+ photos of Tucson's beautiful murals

The Triumph of the Human Spirit

If You Go: United Way Days of Caring

When: Friday and Saturday

Opportunities are still available to participate in volunteer projects at nonprofit agencies, schools, parks and childcare centers throughout Southern Arizona. Participants can choose from community beautification, gardening and landscaping, buffelgrass removal, organization and administrative tasks and much more. For more information or to make a donation to United Way, visit the website at www.unitedwaytucson.org/daysofcaring or call 903-9000 for volunteer opportunities.

Freeze warning in place on Saturday for areas east of Tucson

The National Weather Service has issued a freeze warning for areas east of Tucson.

A woman was killed after she was struck by a car on Tuesday, officials say.

Sonora prosecutor: One of the bodies was relatively recent; the others were "complete skeletons with clothing."

One circle at a time, a small nonprofit is working to change young men’s ideas about healthy masculinity.

Get documents shredded with donation of toy, art supplies.

Donations of other items, toys, hygiene supplies are also needed.

Pedro Vasquez turns 40 on Dec. 6, and a happy birthday for him will mean happy holidays for children of deployed members of the military. 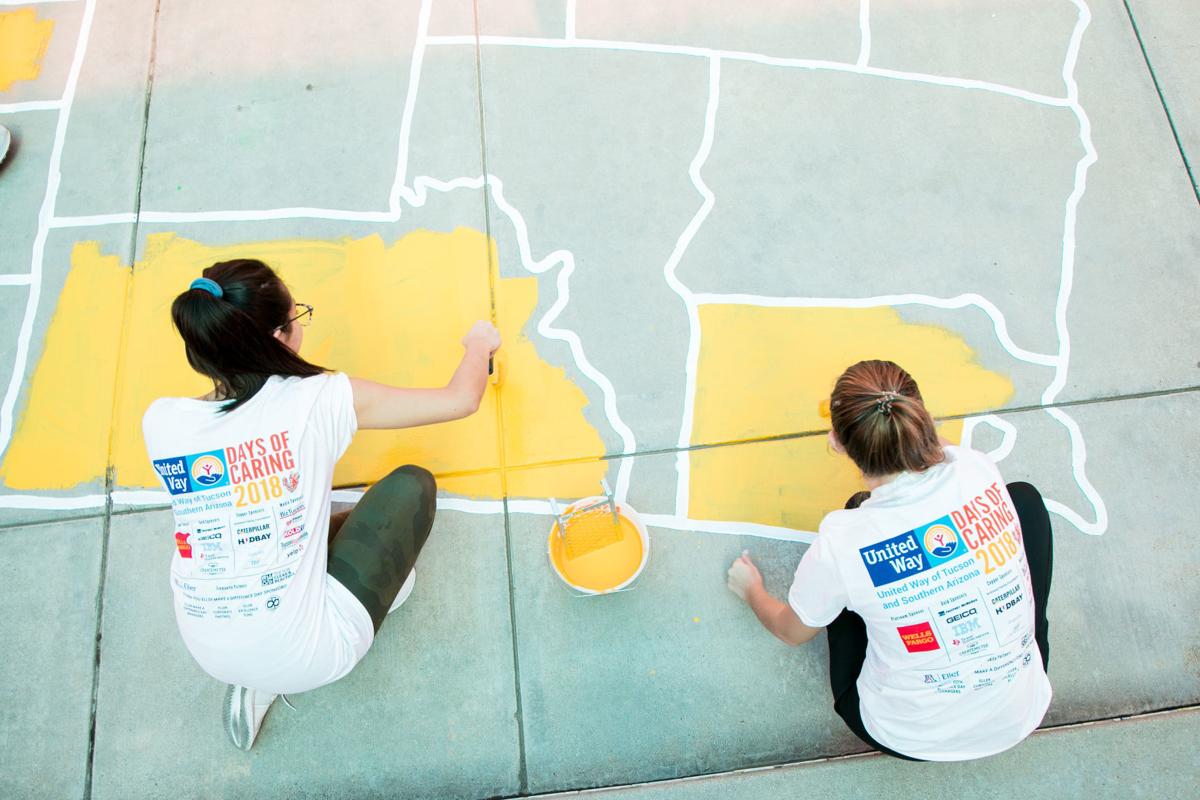 Today and tomorrow mark the 20th anniversary of Days of Caring for the United Way of Tucson and Southern Arizona. 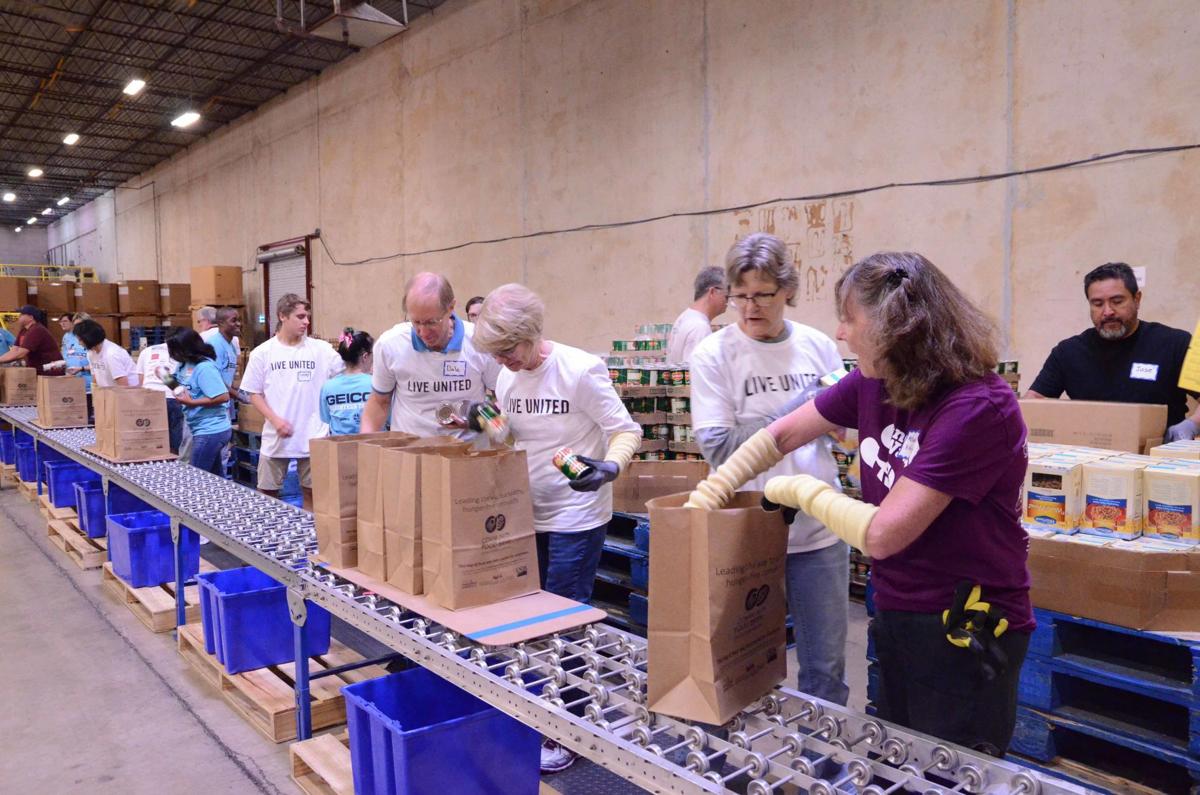 Today and tomorrow mark the 20th Anniversary of Days of Caring for the United Way of Tucson and Southern Arizona. More than 4,000 volunteers will come together to complete more than 145 regional projects during the two days.