The Pima County Republican Party, along with three Tucson residents, filed a lawsuit Friday night to try to keep the “sanctuary city” initiative off the November ballot.

The lawsuit challenges individual signatures, whether paid petition signature gatherers filled the forms out correctly, and argues that the minimum number of signatures required — set by the city — was simply too low.

“We are saving Tucson from itself,” Eppihimer said.

One of the organizers of the ballot initiative, Joel Feinman, responded, “I think the GOP is doing us a favor — I think they are showing how ideologically corrupt they are.”

By that, Feinman said he means that the political party dedicated to small government and local control is hypocritically trying to use state law to override the city’s charter.

Eppihimer responded that the Republican Party believes the constitution should be followed.

"The GOP believes in following the constitution, whether it’s the US Constitution or Arizona’s. Moreover, state law should always supersede local law. We don’t buy the argument that because Tucson is a charter city it can do what it wants, when it wants. The case of Tucson destroying confiscated guns is proof positive it can’t," Eppihimer said.

"Feinman has no appreciation for the concept of a Constitutional Republic and no right to state to what ideals Pima GOP is dedicated.”

The lawsuit follows a decision by Pima County Recorder F. Ann Rodriguez to certify the signatures last week, after her office examined a random sample of the petition signatures. That analysis found 71.7 percent of the signatures examined were valid.

One argument made in the lawsuit is that the number of signatures required under the city charter — approximately 9,241 — was too low.

Attorneys representing plaintiffs Benny White, Ann Hollis and Mike Ebert, who are Tucson residents, argue that the city’s charter requirements are unconstitutional and under state law, the minimum number of signatures should be 12,821.

While organizers turned in 18,200 signatures earlier this month, the number of valid signatures falls to 12,488 when using the number certified by the Pima County Recorder’s Office.

That is a few hundred shy of the 12,821 figure necessary to qualify for the ballot, the lawsuit alleges.

City Attorney Mike Rankin said he is ready to defend the city — also named in the lawsuit — in court.

“The city will defend the city clerk’s calculation of the number of valid signatures required to place the initiative on the ballot. That calculation was made based on the plain language of the Arizona Constitution, state statutes and the city charter and code,” Rankin said.

He added that while the city is going to defend the initiative, the mayor and City Council do not necessarily politically support the initiative.

“The city’s defense against this challenge does not mean that the city, or its mayor and council, supports or takes any position on the initiative itself. It only means that the city defends the city clerk in his application of Arizona law,” Rankin said.

Officially, Tucson is an “immigrant-welcoming city” — a designation the City Council gave it in 2012. But city officials stress they never declared Tucson a sanctuary city, and do not have any policies or regulations that prohibit or limit the enforcement of federal immigration laws.

Supporters of the initiative, the Tucson Families Free & Together ballot initiative, say it would put the force of law behind many guidelines already in place here about circumstances under which police can ask about immigration status.

It would also add protections for some victims of crime and prohibit certain collaborations between city and federal agencies, among other measures.

There’s no universal definition of what makes a sanctuary city. The National Immigrant Legal Resource Center, based in San Francisco, describes it as a place that limits how local law enforcement can cooperate with federal immigration officers.

If the initiative is approved by voters, Tucson would be the first city in Arizona to call itself a sanctuary city.

Backers say they have nearly double the required number of signatures needed to get issue on the November ballot.

Initiative would put into law many guidelines already in place here about when police can ask about immigration status.

The Pima County Board of Supervisors vote Monday fell along party lines.

The three Democrats and one independent running for mayor faced off in a debate Wednesday.

The local GOP will now focus on opposing the measure, which will be on Tucson's November ballot as Prop. 205.

Approval in November could end up costing city millions of dollars in state aid. 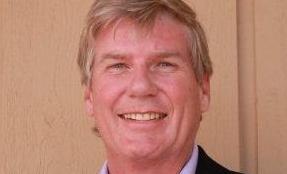 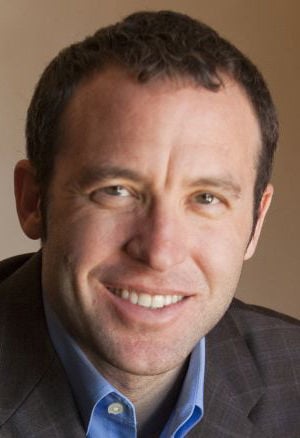