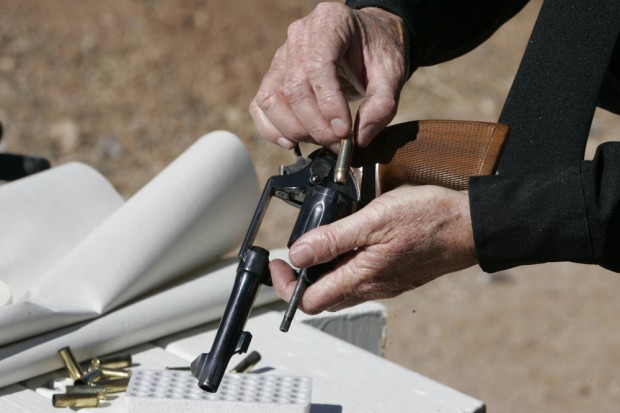 A gun being loaded at the shooting range. 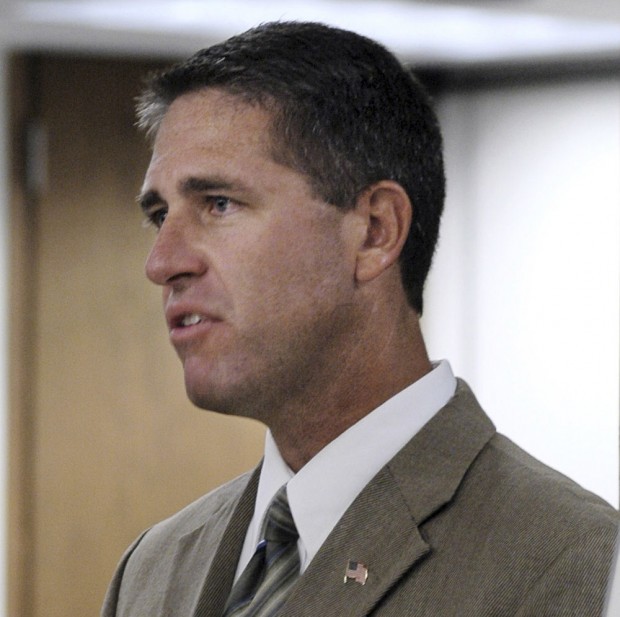 PHOENIX - Saying everyone but criminals will be safer, a veteran legislator wants to let qualified faculty carry guns on university and community college campuses.

Sen. Jack Harper, R-Surprise, said Wednesday that there have been instances of someone with a grudge coming onto a campus, going into a classroom and starting to shoot. He said the current prohibition against weapons on campus - one that the criminal has ignored - leaves the teacher and student defenseless.

But Harper isn't stopping with arming the faculty. He is crafting a separate measure to allow students with certain training to also arm themselves.

Not everyone would be eligible. Harper's legislation would limit the right to those who have obtained a state-issued permit to carry a concealed weapon.

That permit, which requires a background check and training, is no longer required for individuals to have weapons beneath a jacket or in a purse. But there are special privileges for those who do go through the permit process, such as being able to carry that weapon into a bar or a restaurant where alcoholic beverages are served.

Harper's bill on faculty, HB 2001, and his yet-to-be-filed measure on students, would add to that list.

Similar measures have been attempted in the past, including one by Harper himself this past session. All have stalled among stiff opposition from the police chiefs at state universities.

"A couple of 'country club Republicans' who were opposed ... will not return," he said. The 2010 election swept some of the more moderate Republicans out of office.

"The NRA sat it out last year," he said.

Harper has been a perennial supporter of allowing more guns on campus.

He said there have been instances over the years where gunmen have come onto a campus and started shooting. With the faculty and students disarmed and police at least minutes away, Harper said that has created "defense-free zones."

"I understand the positions that they want to take in terms of making a safer environment," said John Pickens, chief of police at Arizona State University. And Pickens said he is aware of problems that have occurred elsewhere.

"We're not disregarding both sides of it," he continued. "But we're looking at it from a professional law enforcement operations (perspective)."

Anthony Daykin, Pickens' counterpart at the University of Arizona, said he is prepared to come to the Capitol to testify against the bill this coming session, as he has before.

Daykin said one issue concerns what happens if police, responding to an emergency call, enter a room and find multiple people with guns. That forces the officer to try to ascertain quickly who is the assailant and who are the faculty and students engaged in self- defense.

Harper said he understands the concerns. But he said the alternative could be worse.

"Forty, 50 people could be dead by the time that police officer gets there 20, 30 minutes later," he said. "If an assailant comes into a classroom with intent to do harm, it's minimized by a law-abiding citizen that's allowed to carry (a weapon) concealed."

He also said the fears of the police chiefs are overblown.

"None of this happens in Utah or Colorado," he said, states where guns are allowed on campus.

NYC to pay unvaccinated $100 to get jab

NYC to pay unvaccinated $100 to get jab

NY to require state employees to get vaccines

NY to require state employees to get vaccines

A gun being loaded at the shooting range.