The possible departure of the A-10 aircraft from Tucson has become the centerpiece of the race for a congressional seat representing Southern Arizona.

The issue has consumed the campaign between Congressman Ron Barber﻿ and his once — and possibly future — political rival Martha McSally ﻿ever since the Obama administration proposed mothballing the aging attack aircraft by 2019.

McSally, a retired Air Force colonel who once commanded the 354th Fighter Squadron at Davis-Monthan Air Force Base, said Air Force officials were talking about decommissioning A-10s over a year ago and Barber failed to recognize the threat.

“Barber was asleep at the switch while the obvious threat of the A-10 retirement grew on his watch,” she said.

In response, Barber documented meetings over the past year with Department of Defense officials and produced several letters he sent to military officials along with a direct plea to President Obama.

His support for D-M goes back even further. Before joining Congress, Barber said former Congresswoman Gabrielle Giffords charged him with handling various military issues when he joined her staff in 2007.

McSally doesn’t dispute that Barber wrote letters in defense of the A-10, but she said he sent them long after Air Force officials signaled in mid-September that they wanted to ground the fleet to cut about $3.5 billion from the defense budget.

“All the items listed after September 19th in Barber’s timeline were after he woke up and realized he had been snoozing on the job,” she said. “He has since been working overtime to convince the media and community that he is leading the effort to save the A-10.”

She specifically faults Barber, a member of the House Armed Services Committee, for not bringing up the A-10 in the House’s version of the fiscal 2014 defense bill, written in the first half of 2013, arguing it is a sign he was unaware of plans to mothball the entire fleet.

It would have been relatively easy, she argues, for a member of the Armed Services Committee to put in language supporting the continued use of the aircraft in its current role, both in close-air support as well as in search-and-rescue missions behind enemy territory.

“The absence of any input by Barber or any mention of the A-10 in the last years should be alarming to anyone in our community,” McSally said.

Barber said McSally intentionally ignored his role as a co-sponsor on a congressional mandate that keeps the A-10 flying for a year.

“I fought alongside my colleagues to protect the A-10 in 2014 and we will continue working to keep this aircraft flying,” Barber said. He said he will work on a similar bill for 2015.

“Ron Barber has been in the forefront of the fight to save the A-10 since he got to Washington in 2012,” Smith said. “Ron has made it his job to bring me to his district and see firsthand the amazing work that is done for our national security at Arizona’s military installations and defense industry.”

Hank Peck, ﻿chairman of the DM50 Public Policy Committee, said Barber has long been an ally.

“He has been fighting with us since before he took office to protect the A-10 and Davis-Monthan Air Force Base,” Peck said.

Bruce Dusenberry ﻿and Mike Grassinger, both ﻿members of the Southern Arizona Defense Alliance, also wrote in the Arizona Daily Star that Barber has been fighting for the A-10.

“To imply that Barber was late to the fight is simply not true,” they wrote. “He was a first initiator and joined other members of the Arizona congressional delegation to help organize the Southern Arizona Defense Alliance to mobilize Tucson’s community support for D-M and the 162nd Fighter Wing of the Air National Guard at Tucson International Airport.”

But National Republican Congressional Committee spokesman Daniel Scarpinato said Barber is trying to cover his tracks after failing to take the threat to the A-10 seriously.

“Ron Barber let Tucson down. When it mattered most, Barber failed to fight for Southern Arizona and the A-10,” Scarpinato said.

Barber chastised his likely Republican rival for making political hay out of the proposed defense cuts, arguing Southern Arizona politicians from both parties need to support continued missions at Davis-Monthan.

He did, however, take time out of a House Armed Services Committee hearing on Friday to thank McSally and other A-10 pilots in the audience for their service to the committee.

He also pressed Defense Department officials to explain how the Air Force would provide close-air support to protect ground troops without the A-10.

The Tucson Democrat blames another political construct — sequestration — as the real motivation to retire the A-10.

The across-the-board cuts to federal programs have forced the Obama administration to consider grounding a fleet it has spent more than a billion dollars upgrading to keep them flying for another 15 years.

Barber said that while the threat to the A-10 is serious, a final decision hasn’t been made.

“This is a proposal – and at this point, that is all it is – that will leave American ground troops more vulnerable with no suitable aircraft ready to immediately take over the role of the A-10.”

Although 21 Air Force Reserve F-16s would be stationed at D-M under the Air Force proposal, both Barber and McSally agree that’s not a long-term solution. The entire F-16 fleet is to be eventually replaced by the F-35, the same fighters destined to replace the A-10. 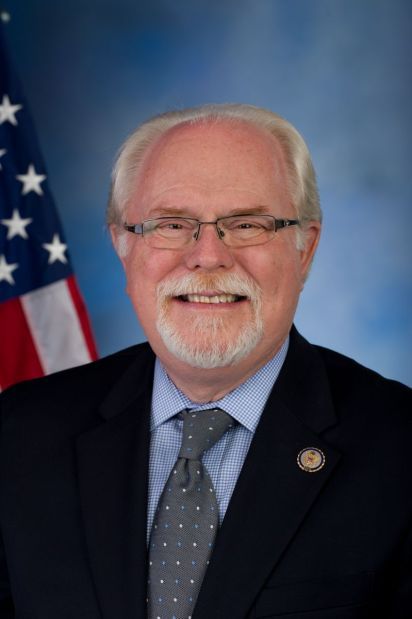 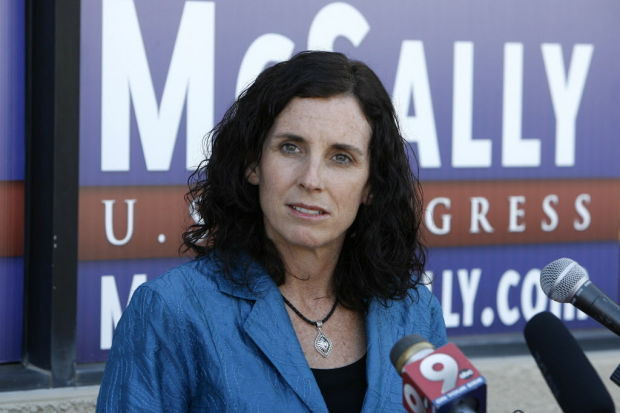