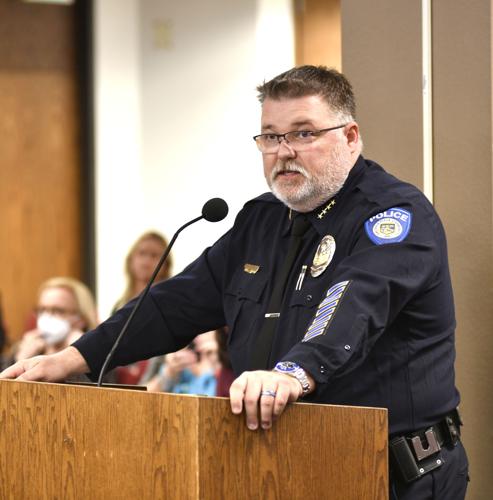 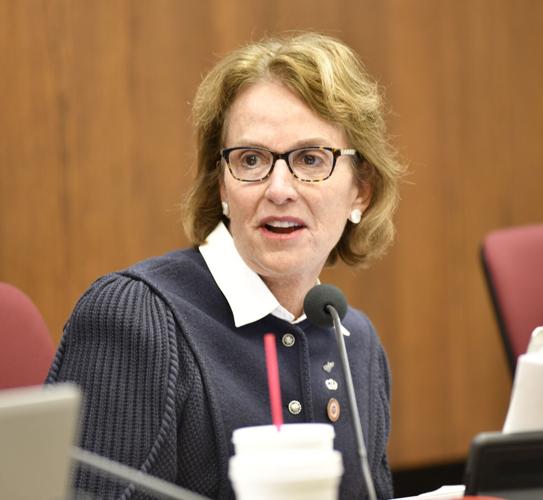 PHOENIX — Insisting it will make students safer, the Senate Judiciary Committee voted Thursday to let anyone with a concealed-weapon permit bring guns to university and college campuses, including classrooms and dorms.

The move came as Republican lawmakers on the panel rejected arguments by Michael Thompson, the police chief of Arizona State University, who told them Senate Bill 1123 is a bad idea.

“I’m here to tell you from first-hand experience that university students make very poor decisions on a daily basis, sometimes hourly basis,’’ he said. “Adding guns to an already high-risk environment of alcohol, drugs, overreaction, lack of life experience and immaturity is a very dangerous combination.’’

Thompson, who has been ASU police chief since 2014, said that doesn’t even take into account mental health issues and students who are considering suicide.

But Sen. Wendy Rogers, R-Flagstaff, sponsor of the measure, said his objections and those of lobbyists for the universities and community colleges ignore what she said is current reality, that some people don’t abide by the existing law.

“How do you know how many weapons are on campus?’’ she asked.

Thompson conceded she has “a very good point.’’

She posed a situation where “a potential perpetrator’’ comes onto a college campus.

“I would be less apt to inflict harm if I knew that other students might be carrying to protect themselves,’’ Rogers said. “Is that not true?’’

“That would be an assumption that I couldn’t make,’’ Thompson responded.

Other Republicans picked up on the theme.

Sen. Warren Petersen, R-Gilbert, cited a 2015 incident at Northern Arizona University. Steven E. Jones, an 18-year-old freshman, shot four people and severely injured three others in a campus parking lot. Originally charged with murder, he later pleaded guilty to one count of manslaughter and three counts of aggravated assault and was sentenced to six years in prison.

Petersen said the incident proved there are guns on campuses despite the ban.

The legislation proposed by Rogers still needs approval of the full Senate before going to the House.

Petersen argued that the results in the NAU case might have been different had SB 1123 been on the books.

“Had those other students been able to defend themselves they probably wouldn’t have been shot,’’ he said.

But Sen. Martin Quezada, D-Glendale, said that is based on a mistaken assumption that more guns on campuses create a safer environment.

Quezada said he looked up data from Colorado, which has allowed people to carry guns on campus since laws banning that were struck down in 2012 by that state’s supreme court.

“The rates of rape actually increased ... and not by small amounts,’’ he said, up 25% that year and 33% the year after. “The research from other states with similar laws backs that up, too.’’

Yet Quezada said that hasn’t halted perennial efforts in Arizona to expand who can carry weapons, and where.

“We keep promoting this false narrative that guns are the answer to all of our problems,’’ he said. “We need to stop portraying this narrative that anybody can be a hero if they’re armed with a gun in a dangerous situation.’’

Quezada told colleagues this isn’t just about concerns about college students’ abilities to react in an emergency.

“I don’t trust most of you people if there was a dangerous situation to pull out a gun and be able to save anybody, much less not spill your drink on the dais up here,’’ he said.

Proponents noted that the proposal wouldn’t allow just anyone to be armed.

Sen. Sonny Borrelli, R-Lake Havasu City, said the legislation is limited to those with a concealed-carry permit. That is available only to those 21 and older, or 19 and older for veterans.

But Jody Liggett, who lobbies for the League of Women Voters, pointed out that the requirements to get a CCW permit have been loosened over the years.

“A person can obtain one without training in firearms, weapons or showing proficiency,’’ she said. “Therefore, to assume that holding such a permit mitigates the danger of guns on campus is wrong.’’

Much of the argument for the measure, however, came down to pure numbers.

Thompson acknowledged he has just 92 officers to cover four ASU campuses with more than 100,000 students. The staffing is similar at the University of Arizona, which currently has 53 sworn officers — its force is authorized to have 66 officers and is looking to hire — for a campus that has about 50,000 students enrolled.

But Thompson said there are other safety measures, ranging from the ability of students to get escorts at night to “blue light’’ emergency call boxes.

Borrelli was unimpressed. “The police are minutes away, minutes,’’ he said.

Sen. Vince Leach, R-Tucson, cited a letter he got from a woman working at a community college — he said he did not know which one — who told him that classes can end as late as 9 p.m.

But Kristen Boilini, who lobbies for community colleges, urged lawmakers to leave the issue to locally elected governing boards.

“All of our college boards work closely with law enforcement and security personnel to ensure that the policies they set protect students,’’ she said.

Thompson noted that students are not defenseless, even if they cannot carry firearms. In 2018, facing a demand by some lawmakers, the Arizona Board of Regents agreed to let those on campus carry non-lethal weapons.

Those include things like over-the-counter pepper sprays as long as they are not the same concentration as used by law enforcement. Students, staff and visitors also can have shock devices that can be purchased by the general public as long as the items require direct contact with an assailant and do not shoot out electrically charged wires.

The legislation proposed by Rogers was approved by the committee on a 4-3 vote with Democrats opposed. It still needs approval of the full Senate before going to the House.

Court: Arizona can restore gun rights to felons convicted in other states

For Star subscribers: Judges say Arizona courts can restore rights, but it is not automatic and depends on the prior conviction.

Gov. Doug Ducey signed legislation to protect gun shops, firearms manufacturers and the National Rifle Association from being sued by those who are killed or injured by their products.

No working from home is being allowed at the state Legislature, and House Speaker Rusty Bowers says it part of an effort to bring "normalcy" to the Capitol.

It was at least the 10th straight year that Arizona has ranked near the bottom of the annual Advocates for Highway and Auto Safety report.

Tucson police investigate slaying of man on north side

The victim died after police found him with obvious signs of trauma on Friday morning.

A fund that led an attack campaign in 2014 against a foe of Doug Ducey waited too long to appeal a fine, the state Court of Appeals says.

Without comment, the justices upheld a ruling by the 9th Circuit Court of Appeals throwing out the lawsuit former state Rep. Don Shooter had filed against former House Speaker J.D. Mesnard and Kirk Adams, a former top adviser for Gov. Doug Ducey.

HB 2161 would make it illegal for a government employee to withhold information that is "relevant to the physical, emotional or mental health of the parent's child." It specifically bars withholding information from parents about a student's "purported gender identity."

Arizona lawmakers are moving to make the purchase of guns a bit more affordable.

One lobbyist for gun rights suggested some people currently have to choose between buying groceries or buying a gun.

Gabby Giffords to Congress: ‘Be bold' on gun reform

The former congresswoman from Tucson who survived a mass shooting is an advocate for nationwide gun control laws.