Some Pima County officials who use social media to communicate with constituents are blocking users, deleting comments and failing to adequately maintain the exchanges as required by the state’s public records law, a review shows.

For example, Supervisor Ally Miller did not provide documents that show critical comments were deleted from her official Facebook account, which is funded by taxpayers.

When asked at a recent meeting why those records were not included among the information provided to the Star under a public records request to the county, Miller was dismissive and denied knowledge of any deleted comments. “I’m so glad we have such big issues,” Miller said.

“Any Facebook or social media communication is a public record, just like an email,” said Phoenix-based attorney Dan Barr, who has worked for the Star and handles First Amendment and public records issues across Arizona.

He said the type of communication, whether it’s written or electronic, doesn’t change its status as a public record.

For elected officials, general correspondence with the public typically have to be retained for two calendar years. That includes written or digital communications.

“What the content is determines the retention schedule,” said Jerry Lucente-Kirkpatrick, a records analyst with the Arizona Secretary of State’s Library, Archives and Public Records Division.

When county officials fulfilled the Arizona Daily Star’s request, the documents included lists of blocked Facebook and Twitter accounts from the sheriff’s, library, animal care, communications and one comment that was deleted on the recorder’s Facebook page.

The Sheriff’s Department provided a list of the accounts it had blocked from commenting on its social media pages.

“We do not delete comments from our Facebook account,” Deputy Courtney Rodriguez said in a follow-up interview. “Persons banned from our account were found to have been in violation of our Terms of Use. Each instance of these violations can be located and are maintained directly on the platform.”

Rodriguez said the department uses Facebook’s hide function to prevent comments made in violation of their terms of use invisible to the public.

In November, the Board of Supervisors unanimously approved a policy governing official county social accounts.

County elected officials, were exempted from the policy but are required to conduct their social media accounts in accordance with state laws regarding production and retention of public records.

In response to the Arizona Daily Star’s request, Pima County Recorder F. Ann Rodriguez’s office provided a print out of a single comment deleted from the office’s Facebook page.

Except for Miller, each supervisor’s office said they had not deleted or blocked content from their social media accounts.

Miller provided a single record, which was a cell phone photo of a computer monitor in her office showing a post a staffer made to Miller’s Facebook account in error that later was removed.

While Miller maintains she is unaware of deleted comments or blocked users, the Pima County Administrator’s Office provided printouts showing numerous comments that were either deleted or removed from Miller’s official Facebook page. The records also showed an additional post the supervisor made and later deleted.

Asked about the deleted comments at a Feb. 16 board meeting, Miller denied any knowledge.

“I haven’t seen any of those,” Miller said.

The Arizona Daily Star provided copies of the documents to Miller and requested comment. She did not respond.

Miller also suggested that members of her staff could bear the responsibility for any deleted Facebook content.

Miller’s former chief of staff, Jeannie Davis, who was abruptly fired in December, said it was “disappointing” that the supervisor would attempt to blame employees.

“Supervisor Miller was the only one to delete comments and block individuals,” Davis said.

In that case, the responsibility for maintaining the records ultimately lies with those who create them.

In May, Lucente-Kirkpatrick led a training session at Pima County on social media records retention policies.

Some elected officials use software that sends an email of all their social media postings and comments, Lucente-Kirkpatrick said. The emails then can be included on a government’s servers and archived.

No Pima County officials or departments currently use this type of software.

Despite the challenges in capturing the records, Barr said governments have a legal obligation to retain social media records.

“They can’t just say Facebook doesn’t do it,” Barr said.

Republican has earned a reputation for reaching across the aisle.

Ally Miller says voters need more information when the go to the polls. 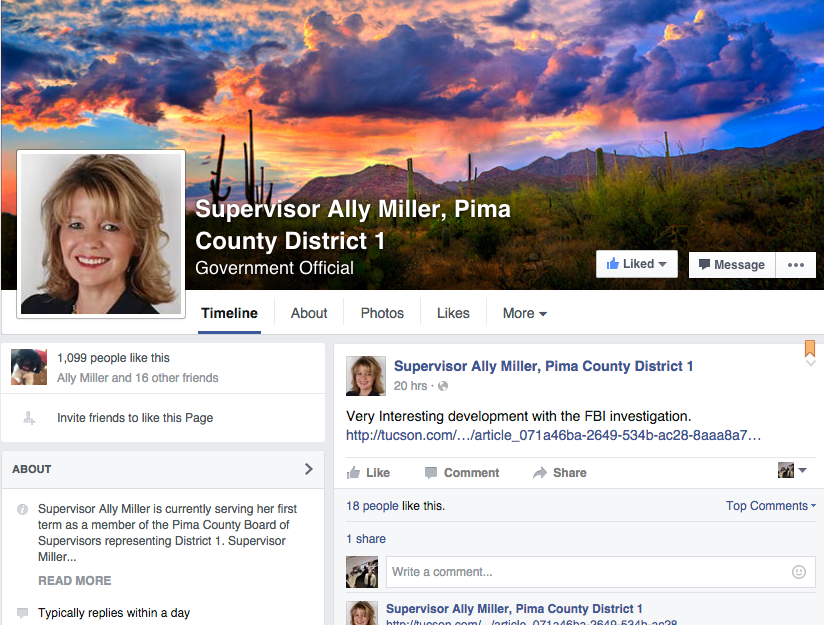 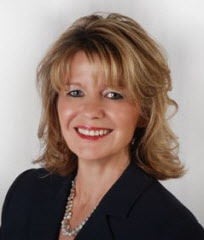