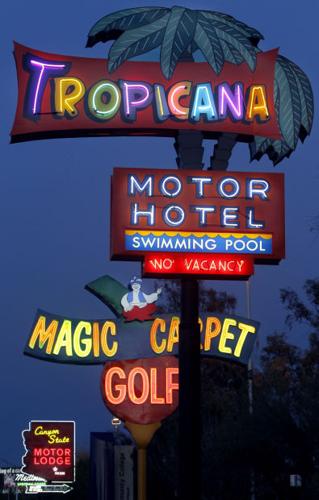 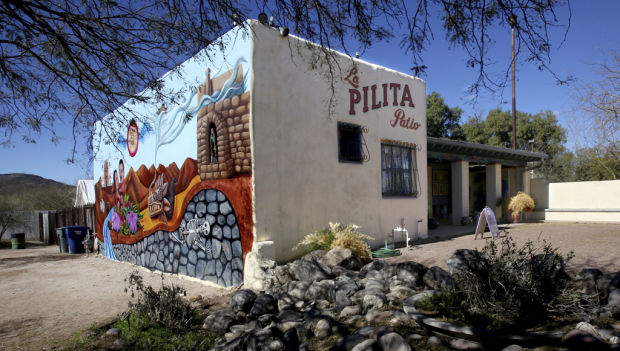 La Pilita Museum in Barrio Viejo, near the Tucson Convention Center, features the history of Barrio Viejo and early Tucson with more than 100 oral histories. 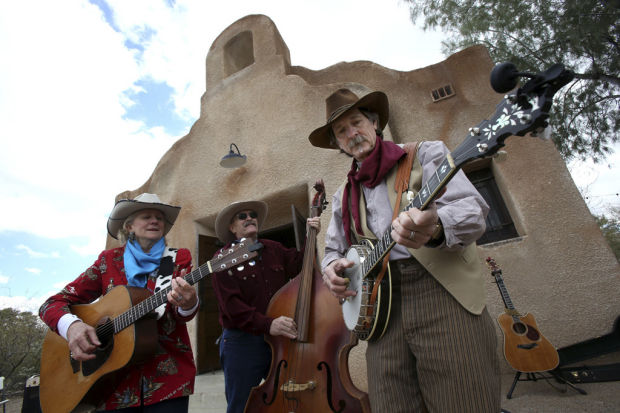 San Pedro Chapel in the Old Fort Lowell Neighborhood, a backdrop here for the group Way Out West, is just one of the area's historic buildings

The city will join nearly 900 other communities across the nation in the United States' Preserve America Program, first lady Michelle Obama recently announced.

Mabry said Tucson is replete with significant architecture and pointed to our neon signs and the barrio as prime examples of why Tucson landed on this list.

"The historic neon signs make us stand out from other cities," Mabry said. "The historic barrio really makes us distinctive. No other city in Arizona has that type of architecture ... from the pre-American period."

The designation is mostly symbolic. In the past, Mabry said, communities on the list received substantial grant money. But not anymore. Congress hasn't funded the program for years.

If Congress changes its mind in the future, Tucson would be eligible for the grants.

As for now, Tucson can place signs and logos extolling the distinction along its roadways. It also gets a spot in a national travel registry of places to visit, which Mabry said could pay dividends by attracting the heritage tourism crowd.

"Heritage tourism is a big growth industry," Mabry said. "It's the type of tourism that we want because heritage tourists stay longer and spend more than other visitors. That kind of boost in tourism will create jobs and new business opportunities and strengthen our local economy."

Demion Clinco, president of the Tucson Historic Preservation Foundation, said he was "thrilled" by the honor.

Clinco, who worked with others to secure the designation for eight years, said it's well-deserved recognition for the city.

Tucson's historic resources are "an extraordinary asset that betters the economy of the whole region," Clinco said. "The designation acknowledges the city for its commitment to historic preservation."

Mayor Jonathan Rothschild also considered it a nice feather in the cap for the city.

"I'm very pleased that first lady Michelle Obama has honored Tucson with this designation," Rothschild said in a written statement. "Tucsonans have long recognized that preserving our unique Southwestern history and culture is important. This Preserve America Community designation recognizes that fact."

Sybil Needham, a member of the Tucson-Pima County Historical Commission, said when she moved to Tucson from Texas in 1968, she immediately noticed lots of potential that nobody seemed to be noticing.

"Gosh, we have such good history. Why doesn't anybody know about it?" she said.

The designation is important, Needham said, because we have some of the best history - at least it's certainly as good as any other city's, and she hopes this will change the way the nation views Tucson. "It would be really, really cool to be known as a city that is proud of our history," she said.

On StarNet: View historic photos of Tucson at azstarnet.com/gallery

It is a place with much history and lore, it is the cradle for some families that have lived there for generations and home for new memories y…

Tales from the Morgue presents some glimpses from the first Fiesta de Los Vaqueros in 1925.

Photos of Tucson's past.

The Blenman Elm neighborhood features 17 styles of homes that were popular between the 1920s and the 1950s, and is said to be the "vanguard" o…

La Pilita Museum in Barrio Viejo, near the Tucson Convention Center, features the history of Barrio Viejo and early Tucson with more than 100 oral histories.

San Pedro Chapel in the Old Fort Lowell Neighborhood, a backdrop here for the group Way Out West, is just one of the area's historic buildings