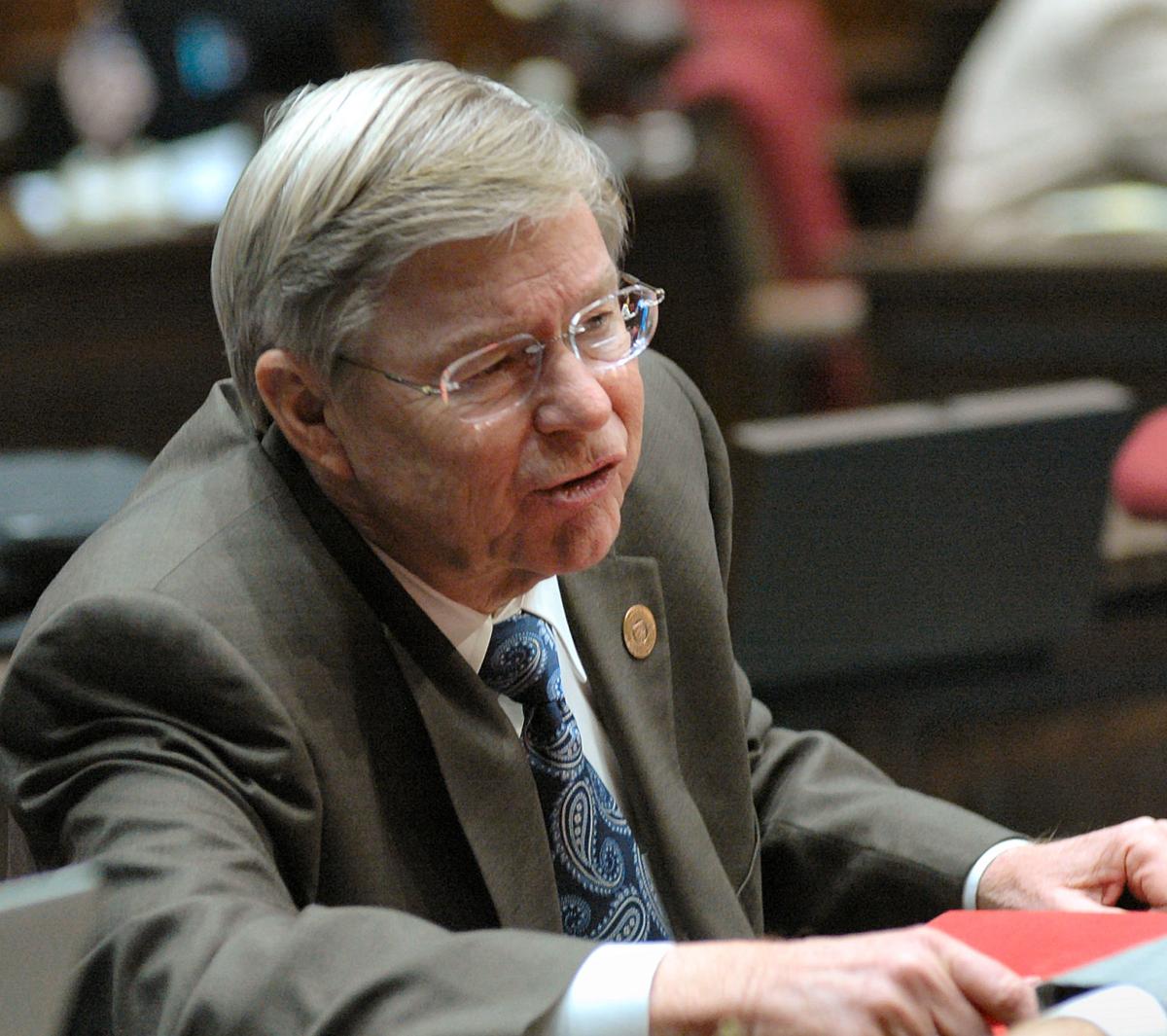 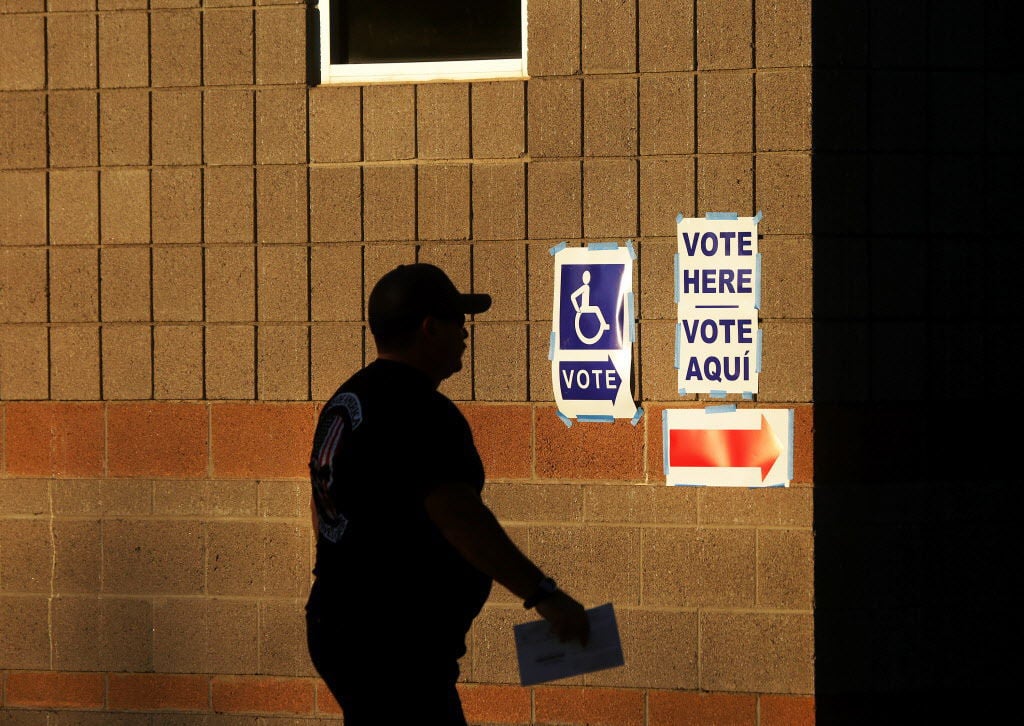 A county voter heads in to cast his ballot in November.

PHOENIX — Gov. Doug Ducey signed a law Friday that the head of his own Republican Party wrote will make it possible to throw out initiatives for minor errors — which Democratic foes charged was the goal all along.

HB 2244 overturns statutes and Supreme Court case law that say efforts by citizens to propose their own laws need be only in “substantial compliance” with election laws to go on the ballot. Instead, any measure not in “strict compliance” can now be challenged and stopped before voters get a chance to weigh in.

In a prepared statement, Ducey noted the Arizona Constitution limits the ability of lawmakers to alter what voters approve at the ballot.

“This common-sense legislation preserves the integrity of the (initiative) process by ensuring that those seeking to make lasting changes to our laws comply with current laws,” he said.

But Arizona Republican Party Chairman Jonathan Lines, in a newsletter Friday to party faithful, said the GOP-controlled Legislature enacted something that “would make it possible for ballot initiatives to be thrown out for minor errors regarding language and paperwork.” That’s precisely what Democrats charged during several hours of debate this week over the measure. But party spokeswoman Torunn Sinclair said Lines was just repeating what had been written in a news story, which does not reflect his views on the bill.

The change to “strict compliance” is not academic.

Had this requirement been in place in 2012, voters would not have been given a chance to decide whether to make permanent a 1-cent surcharge on the state sales taxes, with most of the proceeds earmarked for education.

And just this past year, voters got a chance to decide whether to legalize marijuana for recreational use when the Supreme Court concluded the initiative petitions substantially complied with Arizona legal requirements.

In both cases, voters decided to reject the proposals.

But it was voter approval last November of the minimum-wage increase that led to the full-court press by the Arizona Chamber of Commerce and Industry to rein in the initiative process.

The Chamber did not mount much opposition to Proposition 206, spending only about $50,000 to urge its defeat, with spokesman Garrick Taylor saying it made no sense to spend money against a measure that voters were expected to approve. Instead, the organization spent close to $1.5 million to quash Proposition 205, the recreational marijuana measure.

On the wage increase, the chamber hired attorneys after the fact to try to convince the Arizona Supreme Court to overturn the public vote. That failed. And the 1998 Voter Protection Act bars lawmakers from repealing the law.

That left the goal of putting what Chamber President Glenn Hamer called “guardrails” around the initiative process.

Those reforms were originally part of a single measure sponsored by Rep. Vince Leach, R-Tucson. But the bill was divided into three separate measures.

Ducey already has inked his approval to legislation making it illegal to pay petition circulators based on the number of signatures they get. Supporters argued such a system invites fraud. Paid circulation remains an option, but only if done on another basis, such as hiring people by the hour.

A measure awaiting final Senate approval next week would make initiative organizers financially responsible for incidents of fraud or forgery committed by paid circulators, regardless of whether there is evidence that the organizers knew what the circulators were doing.

In all three instances, however, the changes apply only to initiatives. Politicians including lawmakers and the governor himself remain free to use paid circulators, are not subject to fines for acts of circulators, and have no risk of having their nominating petitions thrown out for failure to strictly comply with the law.

Leach said that distinction is merited because politicians can be thrown out of office every two or four years.

Series of bills will make getting initiative on ballot difficult.

Needs approval in House; part of 3-bill package being pushed by Republicans.

Plus, other issues on tap including gun laws, abortion restrictions, minim-wage issues and more.

New version still needs to be approved by Senate.

Foes argued the increase would lead to less hiring, layoffs from low-wage jobs.

Goes to the governor for his signature.

Claiming lawmakers acted illegally, a new group is asking a judge to void a key change in laws governing the right of voters to enact their own laws.

A consultant testifies that a new state law will impair the ability of Arizonans to craft their own laws.

Meanwhile, a judge says she'll rule by Aug. 4 on a challenge to the new rules.

Judge says the vast majority of Arizona votes manage to get their ballots turned in without the help of outsiders.

A county voter heads in to cast his ballot in November.