“He was 69 years old and died in California surrounded by his family,” said state Rep. Domingo DeGrazia, a fellow Tucson Democrat. The cause of death was pancreatic cancer, said family friend Ricky Hernández.

Bradley, a U.S. Navy veteran, was first elected to the state House in 2002. He made an unsuccessful bid for Arizona Corporation Commission in 2010 before returning to the Capitol as a state senator after defeating Republican incumbent Frank Antenori in the 2012 election.

A licensed professional counselor, a social worker and a health-care administrator, Bradley was most prominently known at the Capitol for his work on issues of child welfare.

“For him, it was about the whole kid, whether it was them in school, getting fed at home, or getting proper medical care, it was making sure that we had healthy children,” said Hernández, an assistant vice president at the University of Arizona. “It was always important for him, like, ‘if I can send a kid who is healthy to school, then at least I’ve done my job.’”

DeGrazia said Bradley “worked tirelessly to find help for kids and families through years of tough budget decisions.” An example Hernández remembers involved preventing severe funding cuts to health care coverage for children of low-income families through the Arizona Health Care Cost Containment System: “He was one of the saviors of providing AHCCCS to kids.”

Bradley used a very personal story to help shepherd through 2019 legislation that gave victims of child sexual abuse more time to sue their perpetrators. Bradley told of going to Catholic seminary at age 13 and being abused by an older seminarian who would later become “one of the most notorious child sex abusers in Arizona history.”

“I kept the ship afloat, I found a way,” Bradley told his legislative colleagues.

As a therapist, he said he knew firsthand others were not so fortunate. “I attended their funerals, visited them in prisons, witnessed their destruction personally and the many lives that they have touched and were adversely affected,” Bradley said. “The abused sometimes became the abuser.”

He discussed his philosophy in a column for the Arizona Daily Star when he was leaving the Legislature.

“I believed that government had the duty to increase children’s access to health care, enhance their educational resources, provide support to their families and protect the increasingly fragile environment they will inherit,” Bradley wrote.

“Unfortunately, it became necessary during my 16 years in the legislature to spend a great deal of that time shielding children from those who incessantly sought to weaken their protections, short change their opportunities and drain the resources they needed for support based on the callous premise that government had little or no role to play in their lives.”

On the environmental front he spoke of, Bradley was a key player in the deal to approve the 2019 “drought contingency plan,” a compromise measure to respond to the fact that the Colorado River isn’t providing as much water for Arizona and other states as it did in the past.

He fought perennial efforts to restrict the right of women to terminate a pregnancy. That included his opposition to a 2018 measure to require women who want an abortion to explain the reason to state health officials.

“The reasoning behind this is evident to a fifth grader,” Bradley said. “It’s an attempt to shame people into changing their mind and to put such a burden on the providers that the providers will be reluctant to provide the services.”

He said it would be far preferable to make preventing unplanned pregnancies the goal of the state.

He also was a foe of measures that continue today to expand who can get vouchers of state funds to attend private and parochial schools.

Bradley argued, unsuccessfully, that if the state was going to send money to private schools, those schools should have to comply with the same regulations that apply to all public schools. Those include rules about testing and accounting, as well as the mandate to accept all students, including those with special needs, that private and parochial schools can turn away.

He was the author of 2015 legislation to mandate daily physical activity for all children from kindergarten through fifth grade. But he could not get a final vote on the measure even after it was downgraded to simply a recommendation.

Bradley fought 2010 legislation to to make couples who have decided their marriage isn’t working to wait four months longer to divorce.

He said the Republicans pushing the bill were the same ones who sponsor legislation to keep the government out of personal decisions.

“But now we want the government to tell people — and assume that they are incapable of knowing when their marriage has gotten to the point where it’s now irretrievable — we’re going to tell them they have to extend it for longer periods of time because they are unable to make that decision for themselves,” he said. The measure eventually died.

“David was one of the kindest, loving persons I have ever known,” said Senate President Karen Fann, R-Prescott, who had to deal with him as the ranking Democrat. “He was funny, charming and had a heart of gold with the sole purpose of helping others. His laugh and smile will be forever in my thoughts.”

Republican Gov. Doug Ducey said he had “the utmost respect for him.”

“During his time in the Senate, he lived as an example that working across the aisle, for the common good, benefits all Arizonans,” Ducey said in a prepared statement Saturday. “Whether by expanding educational opportunities for foster kids, addressing the opioid epidemic, or passing the drought contingency plan, he made a lasting impact on our state.”

Bradley is survived by his wife, Debbie, four children, and six grandchildren.

The House voted Thursday to repeal laws that allow any investor who acquires 80% of the units in any condominium complex to then force the owners of the other 20% to sell.

The Senate Commerce Committee approved legislation making it illegal for the Chinese Communist Party to own property in Arizona. But SB 1342, the proposal by Sen. Wendy Rogers, R-Flagstaff, goes on to include any member of the party as well.

More taxpayer money could soon be available to more parents to send their children to private and parochial schools.

OPINION: An out-going Arizona State Senator offers up words of advice for newcomers to the state house.

It is difficult to construct some new expression that adequately describes the pain, horror and disgust that this last weekend’s mass shooting…

Ballot drop boxes in Arizona could soon have camera surveillance

The 6-4 party-line vote by the Appropriations Committee on SB 1571 came amid claims by Sen. Kelly Townsend, R-Apache Junction, that ballot boxes make it too easy for people to anonymously stuff them with ballots. 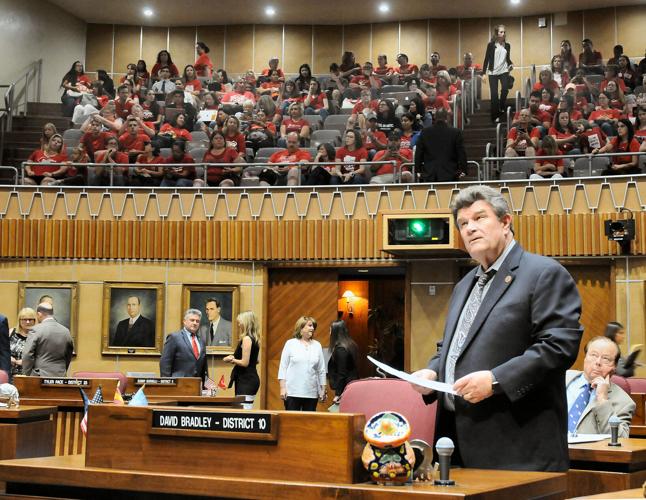 Former Tucson Democratic lawmaker David Bradley speaks on the floor of the Arizona Senate in 2019. Bradley, who served in the Legislature for 16 years, died Saturday. He was 69. 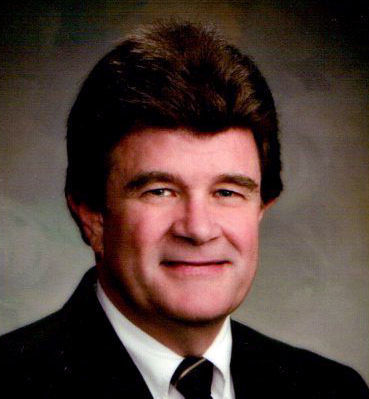