U.S. Rep. Martha McSally will hold another telephone town hall on Tuesday, just a week after rejecting a proposal to participate in a town hall scheduled by local activist groups for Feb. 23.

The second tele-town hall, scheduled for Valentine’s Day, is the second McSally has held in the same number of weeks.

During last week’s hour-long call, McSally spoke with over 3,400 people, according to her staff.

During the call, the two-term Republican congresswoman said activists — primarily Democrats — scheduled the town hall because they want an opportunity to verbally berate members of Congress in a public setting. She called the attempt a “political ambush.”

Several groups — including McSally Take a Stand, Nasty Women and Bad Hombres of the East Side, Pantsuit Nation Tucson, Progressives of Southern Arizona and Indivisible Tucson — said they have been trying for three months to get the congresswoman to agree to a public forum.

Rule she opposed was a good effort at keeping guns out of wrong hands but overly broad. 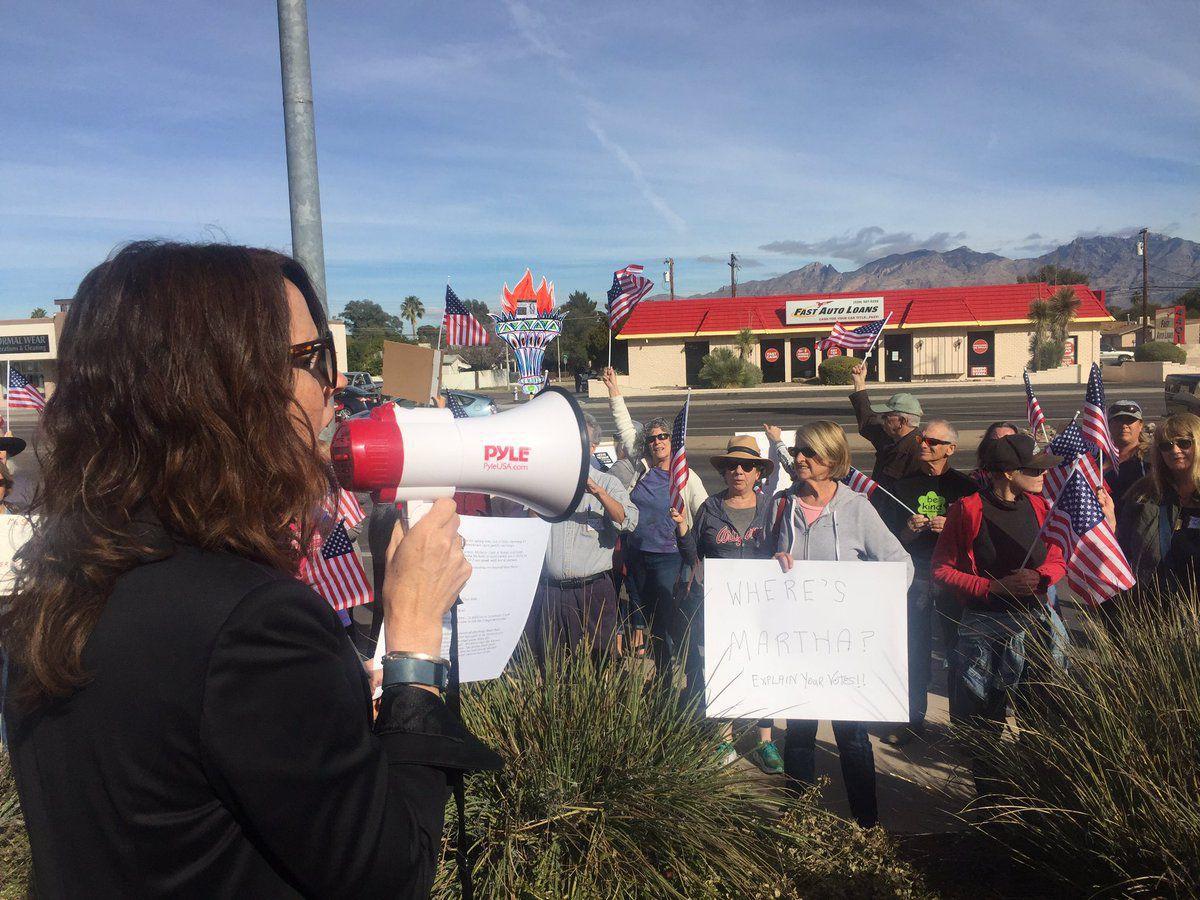 Organizer Marion Chubon addresses protesters in front of McSally’s Congressional office on Tuesday. The group is asking her to meet with constituents at a town hall forum in two weeks. (Photo by Joe Ferguson) 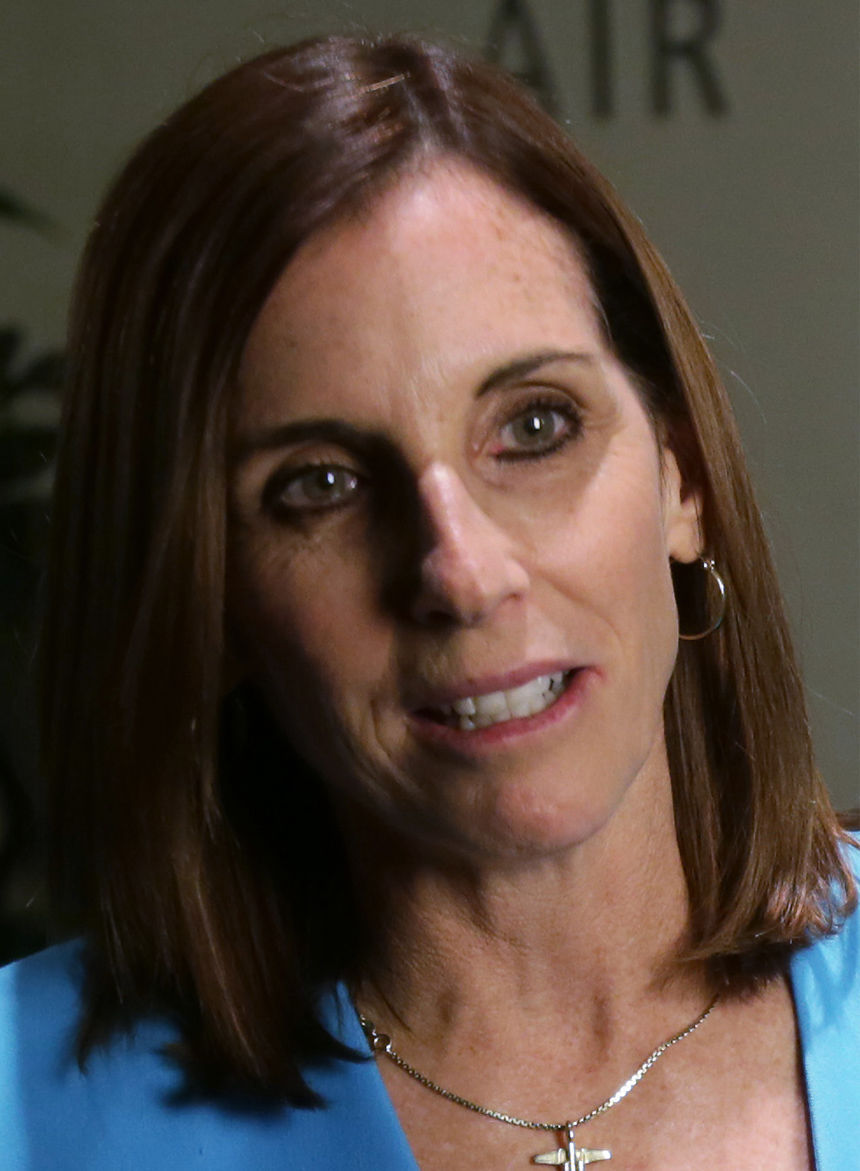