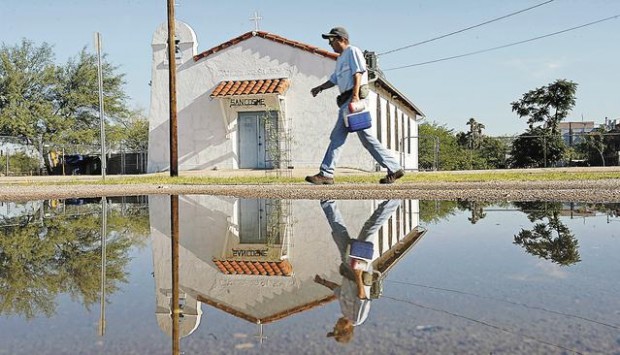 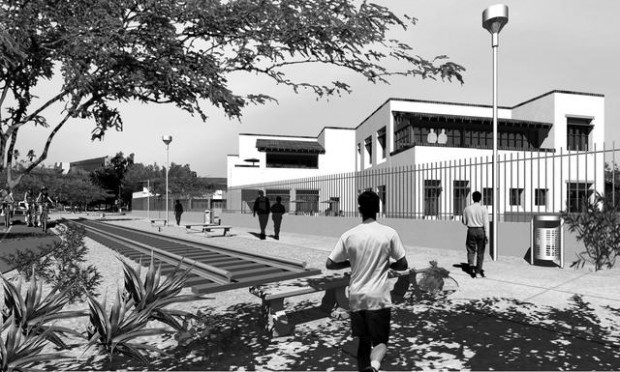 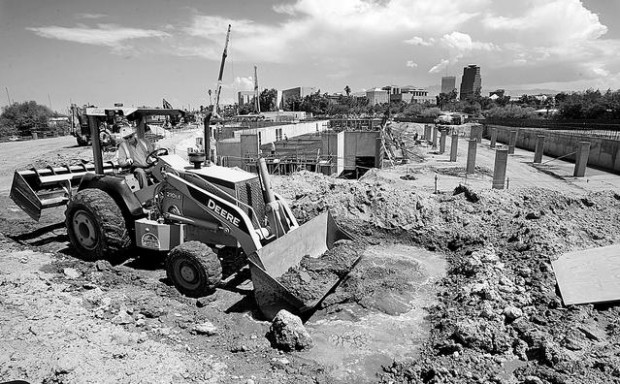 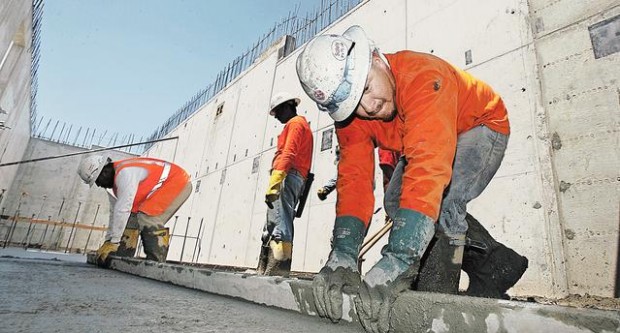 Where the Tucson Convention Center stands was once a neighborhood, with old adobe homes and businesses. There were vegetable gardens, trees, a Mexican bakery, a dentist's office and a bus depot.

In the late 1960s, at the height of the urban renewal era, the city bulldozed that barrio.

It bought the homes and businesses, tore down the structures, hauled away the debris and displaced 735 people.

"It was urban removal," 52-year-old Pedro M. Gonzales says wryly. He was 10 years old when the city razed the mostly Hispanic covey of streets.

Gonzales now lives just steps away from the convention center, which he refers to as the "white elephant — the thing that wasn't wanted."

Though it won't bring back the old barrio, Gonzales and others who remember it are at long last finding some solace for that loss — ironically, in a new city construction project nearby that they are embracing with pride.

Downtown's $38.5 million Fire Central, the planned new headquarters for the Tucson Fire Department, will incorporate a rich variety of local history, from a restored horse-drawn fire engine to an old barrio chapel.

For many residents of nearby Barrio Viejo and Barrio Santa Rosa, one of the most heartfelt aspects will be a public art commemoration of the homes and businesses that were razed to build the convention center.

Fire Central came about after two years of meetings by city officials, neighborhood residents and architects.

What's unusual about the project, those involved say, is that it has been relatively free of controversy.

"They asked us if they could be our neighbors instead of forcing it down our throats," Gonzales says.

Construction has begun on the 5.1-acre parcel where it will stand, off West Cushing Street near Interstate 10, across the street and to the southwest of the convention center.

"It's Godsent — a memorial to the residents who lived there," says Tucsonan Eddie M. Flores, a retiree in his late 60s who remembers the now-razed barrio. "People were forced out. We lost a lot of history."

Some of its parishioners call it the "Capillita San Cosme" — little chapel of San Cosme — and others say it's the "Little White Dove of the Barrio," borrowing a nickname from the much-larger Mission San Xavier del Bac south of Tucson, which is often called the White Dove of the Desert.

Parishioners say it reminds them of community plazas that are common in Mexico.

"There's going to be a gazebo. I think that's outstanding. Especially when we have our celebrations, that will be a great meeting place right there," Flores says.

The chapel belongs to Downtown's San Augustine Cathedral, which is part of the Roman Catholic Diocese of Tucson. But it is mainly cared for by its parishioners — mostly older Hispanic barrio residents like Gonzales who remember going there as kids.

Before construction started, the Fire Department patched cracks in the chapel walls and put gutters around the roof.

Crews from Sundt Construction now have a monitoring device near the chapel that tells them when vibrations are too strong.

On a wall facing the planned "La Placita de San Cosme," the fire department has commissioned a mural, by Tucson artist Luis Mena, depicting Barrio Viejo residents from the past and present.

"We have been very vigilant in opposing new development as far as the city coming in," says Gonzales' daughter, Nicole Gonzales, president of the nearby Barrio Santa Rosa Neighborhood south of 18th Street.

"That particular lot was kind of up for grabs. We were hoping it would get into the right hands," Nicole Gonzales, 32, says.

"Who wouldn't want the Fire Department as next-door neighbors? They have such great attitudes about community," she says. "We didn't want high-end yuppie housing. I think there's enough of that already."

Fire Central also will include a museum of local fire history, including restored engines and documentation of some of the more famous fires fought in Tucson.

The building, designed by Tucson's Welman Sperides Mickelberg Architects, will be white stucco on masonry with a red-tile roof and a 52-foot-high bell tower.

Tucson architect Bob Vint, known for his expertise in Southwestern architecture, served as the design and historical consultant.

The challenge for architects was creating a building that blends in — there aren't many large buildings in the neighborhood to use as models.

The eventual design was influenced by the architecture of the historic Barrio as well as Carrillo School and the nearby Temple of Music & Art.

"We used familiar elements that have been part of Tucson's history for some time," architect Paul Mickelberg says. "They are Sonoran style elements."

Vint says the Sonoran style is characterized by simple rectangular shapes built of adobe and finished with white-washed plaster. Window and door openings are tall and narrow.

The project's price tag includes a greenway behind the station with 780 feet of bicycle and pedestrian paths, intended eventually to hook up to a city network of Downtown paths.

At the northeastern edge of the greenway is a spot that's reserved for memorializing the old barrio, which in the 1960s was called El Hoyo — "the hole," so named because it was built in a low spot.

The razing of about half of El Hoyo was part of the city of Tucson's 80-acre Old Pueblo Redevelopment Plan: tearing down the old and building the new in an effort to boost the local economy.

"The hole" was a moderate- to low-income neighborhood that the city said was blighted. One report called it a slum.

"We didn't know we were poor," Flores says. "We had pride in our neighborhood and all that stuff.

"It was a way of life. We didn't have to close doors — nobody took anything that wasn't theirs. People were, in every sense of the word, community.

"You would wake up in the morning, you could hear the people in the barrio playing their radios, and you didn't mind because it was a happy place."

Nicole Gonzales says bitterness about the convention center is passed through generations — she feels it, even though she was born after the old barrio was torn down.

The Fire Department left it to nearby barrio residents to choose the artist to build the memorial artwork, and they chose Luis Mena.

Mena, who grew up near the convention center, won't disclose details of the public art.

He'll say only that it's a bronze sculpture that will tell the story of what happened to the streets and homes that once existed Downtown.

"It will be an honor for the people who left the barrio," says Alice Riesgo Galvan, who has lived on Carrillo Street near the convention center since 1961.

She remembers the families, as well as the rumbling of the bulldozers that took down their homes. "I think the memorial will ease the pain. It will be saying, 'We care about you,' " says Galvan, who is in her 70s.

She says she hopes it will also serve as a lesson to what governments are capable of doing. Galvan proudly says Barrio Viejo residents learned their lesson.

She was among residents who in the early 1970s successfully fought off state plans to build a freeway called the Butterfield Expressway, which would have taken another chunk out of the barrio.

Galvan stresses that Fire Central should not be confused with Rio Nuevo, the city's planned redevelopment of Downtown Tucson. That project, which includes re-creations of historic sites, isn't as popular with the old-timers.

Flores calls the redevelopment project "Rio Nowhere" — he says he can't stand the notion of trying to recreate history.

"Downtown will never be the same," he says. "It's like Humpty Dumpty — all the king's horses and king's men, you know — no one can put it back together again. Not like it was."

He says he sees the Fire Department project as the perfect balance of past and present.

"It's one thing the city can really be proud of," Flores enthuses. "The city has done something right."

The Tucson Fire Department dates back to 1881, and was initially a volunteer organization. In 1909, it moved into a station called Central Fire, at 142 S. Sixth Ave., near Armory Park. The old Central Fire was razed in the early 1970s during Tucson's urban renewal era.

The new Fire Central is scheduled to open in August 2009 near West Cushing Street and I-10 in Barrio Viejo, one of the first neighborhoods settled as Tucson spread south from its original walled Presidio some 200 years ago.

It will include a bell tower housing the original "five-mile bell" from the old Central Fire. It was used to call volunteers to fight fires because it could be heard within a five-mile radius of the station.