Tucson City Councilman Steve Kozachik was recently laid off by the University of Arizona’s athletic department, where he has worked for over 30 years.

Last week, the university announced it would cut 21 athletic department employees because of the financial impact of the pandemic, projecting a loss of at least $45 million. Kozachik said he received a call from the UA’s human resources department saying his position was being eliminated.

Kozachik began working for the UA’s Department of Intercollegiate Athletics in February 1988. Starting in event management as a student, Kozachik climbed the ranks to his most recent position of associate director of athletics in charge of facilities and managing capital projects. He has a bachelor’s and master’s degree from the UA. He has worked under four athletic directors in his three decades with the university.

He has also served as the Democratic Ward 6 representative on the Tucson City Council since 2009.

Although Kozachik said he understands the need to make tough decisions during the pandemic, he said it was “disrespectful” that the call came from a human resources associate, rather than the current athletic director, Dave Heeke.

“Thirty-two years is a long run to end with just a phone call. I’ve worked for Ced Dempsey, Jim Livengood, Greg Byrne and now Dave Heeke,” he said. “Any one of those other 3 guys would have picked up the phone and invited me in to do an in-person, look at the numbers and talk through how eliminating my position would affect the department, me and maybe even consider options. The fact that I haven’t heard a word from Heeke, or President Robbins for that matter is disrespectful. I’ll let others draw conclusions as to whether or not to read more into it.”

The council member has been rather outspoken about his criticism of the UA in recent months, particularly in regards to the increased spread of coronavirus among off-campus students. He has argued that while the UA has done a good job at managing on-campus cases, there are thousands of students living off campus who are not required to get tested and continue to disregard pandemic guidelines. The university has now adopted mandatory testing for any students taking in-person classes next semester, which was previously suggested by Kozachik.

“I do not believe the change in their position would have happened without having been pressured by the public positions I’ve taken,” he said in a weekly newsletter. “I’m glad for the community that they’re finally going to do the responsible thing.”

It took a week past Election Day, but Democrat Tom O’Halleran is now projected to keep his seat representing Arizona’s 1st Congressional District, meaning all nine of Arizona’s congressional incumbents will return to the House.

O’Halleran, a former Republican state senator who switched to the Democratic party in 2015, continued to maintain a 12,000-vote lead over Tiffany Shedd, a Republican lawyer and cotton farmer from Eloy, as of Thursday morning. He had 51.6% of the vote. The Associated Press called the race at 8:46 p.m. Tuesday.

O’Halleran will enter his third term representing Arizona’s largest district, which encompasses the outskirts of Tucson and the majority of eastern Arizona. He has billed himself as a centrist Democrat and has focused his campaigning on how the pandemic has adversely affected his district, which includes the Navajo Nation. He also has supported economic development initiatives for rural areas, including access to higher-speed internet.

He issued a statement Tuesday night after CNN and Decision Desk HQ called the race in his favor, saying he “will continue to work with my colleagues on both sides of the aisle to get results for Arizonans.”

“I am truly overwhelmed by the passionate support my campaign received this year from voters and volunteers of all political parties. I want to thank the hardworking Arizonans that engaged with voters during these stressful and unprecedented times,” he said.

“Whether you voted by mail, early at the polls, or on Election Day in person, Arizonans turned out in droves and participated in our democracy this year at unprecedented levels. It has been wonderful to see such engagement. And voters were clear — they want commonsense, bipartisan policy-making.

“I am honored to be able to serve Arizona families in Washington for another term. Now more than ever, we need leaders in Washington who will put party politics aside and work together to address this pandemic, protect Arizonans’ health care, and rebuild our rural economies.”

On Wednesday, Martha McSally had still not acknowledged her loss to Mark Kelly in the U.S. Senate race, but her staff started making a de facto concession by jumping ship.

Gov. Doug Ducey announced that day that C.J. Karamargin will be leaving McSally’s office and joining Ducey’s staff as communications director. He replaces Patrick Ptak, who is joining the Arizona Commerce Authority.

Karamargin worked for the Tucson Citizen and the Arizona Daily Star before joining U.S. Rep. Gabrielle Giffords’ staff in 2007, serving through the attempted assassination of the congresswoman in 2011. From 2011 to 2015, he worked at Pima Community College.

Then, in a move that disappointed the Giffords camp, he joined the staff of then-Rep. McSally in 2015. McSally, a Republican, had beaten Giffords’ district director and successor, Democrat Ron Barber.

His move to Ducey’s office extends a tradition of the governor hiring spokesmen from Tucson. Daniel Scarpinato, a Tucson native and another Arizona Daily Star alum, was Ducey’s first spokesman and now is his chief of staff. Ptak worked for McSally when she represented Tucson in the U.S. House. And now Karamargin.

Candidates must remove signs by Wednesday

Election season is coming to an end, and Pima County is reminding the public that all signs in the public right of way need to be removed by Wednesday, Nov. 18.

State law stipulates that all political signs must be removed within 15 days of the general election.

Even though the counting of ballots is ongoing, and there are threats of legal action throughout the state, the 15-day mark remains despite any recounts or lawsuits.

Final word on how Arizona voted might not come until Thursday. State law provides five business days after the election for voters to fix incorrect ballots, and Veterans Day moves everything back a day.

OPINION: A celebration of decency , character and honorable public service

An American badger was safely removed from the election site at Sycamore Elementary School as voters were going to the polls. No election workers were harassed, or ballots eaten, during the incident.

GOP fights in Arizona, even with too few ballots left for Trump to catch Biden

Arizona's Republican Party and its allies are trying last-minute legal tactics to try to keep Joe Biden from winning the state. He leads Donald Trump by 10,998 votes, with 6,670 ballots yet to be counted.

No one alleged anything went wrong with Pima County's vote count. Still the county's two Republican supervisors voted against certifying the canvass because of concerns about what they think is happening elsewhere.

Tucson Mayor Regina Romero has proposed the appointment of former council member Karin Uhlich to fill the Ward 3 seat, after the announcement … 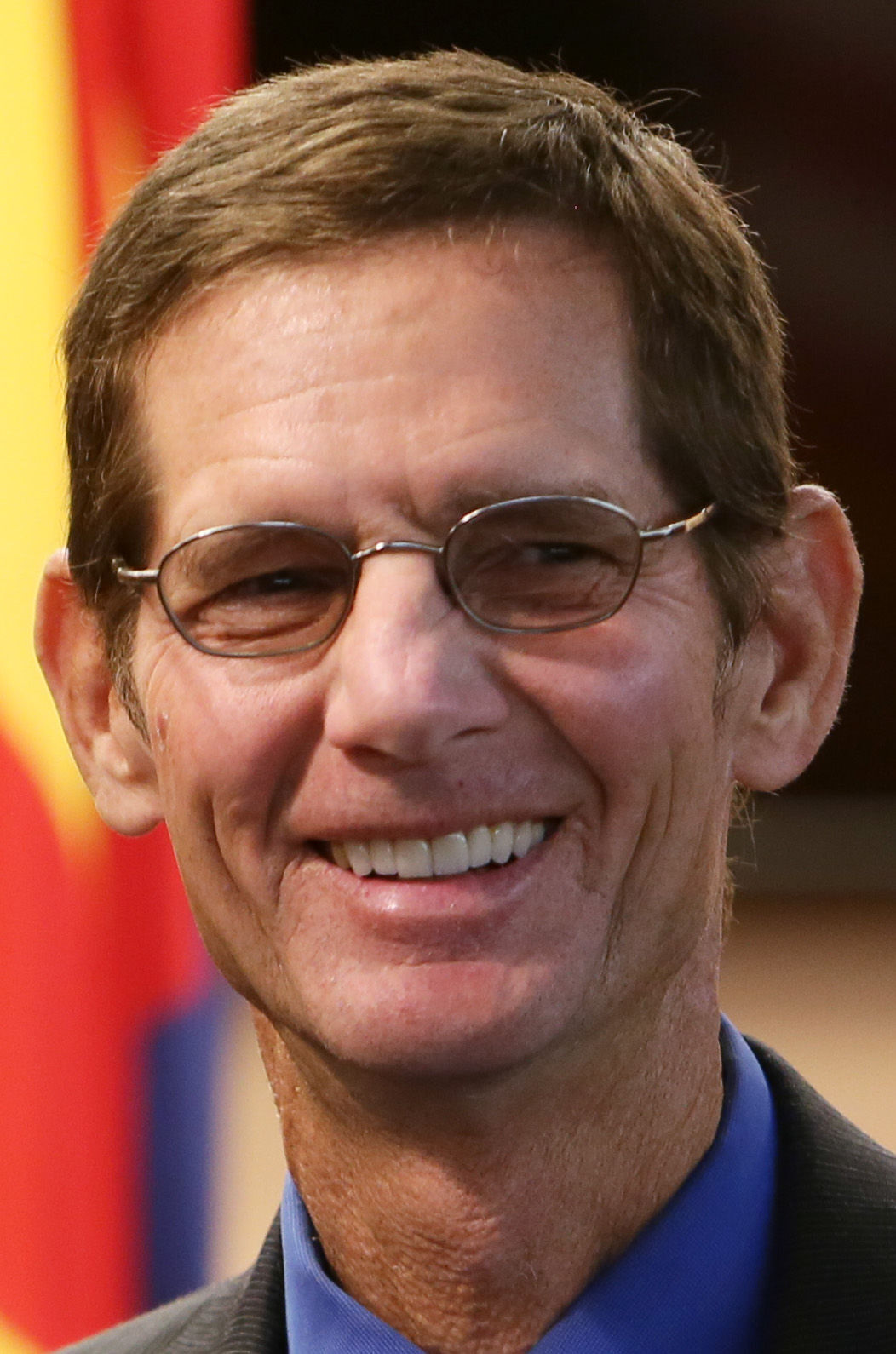 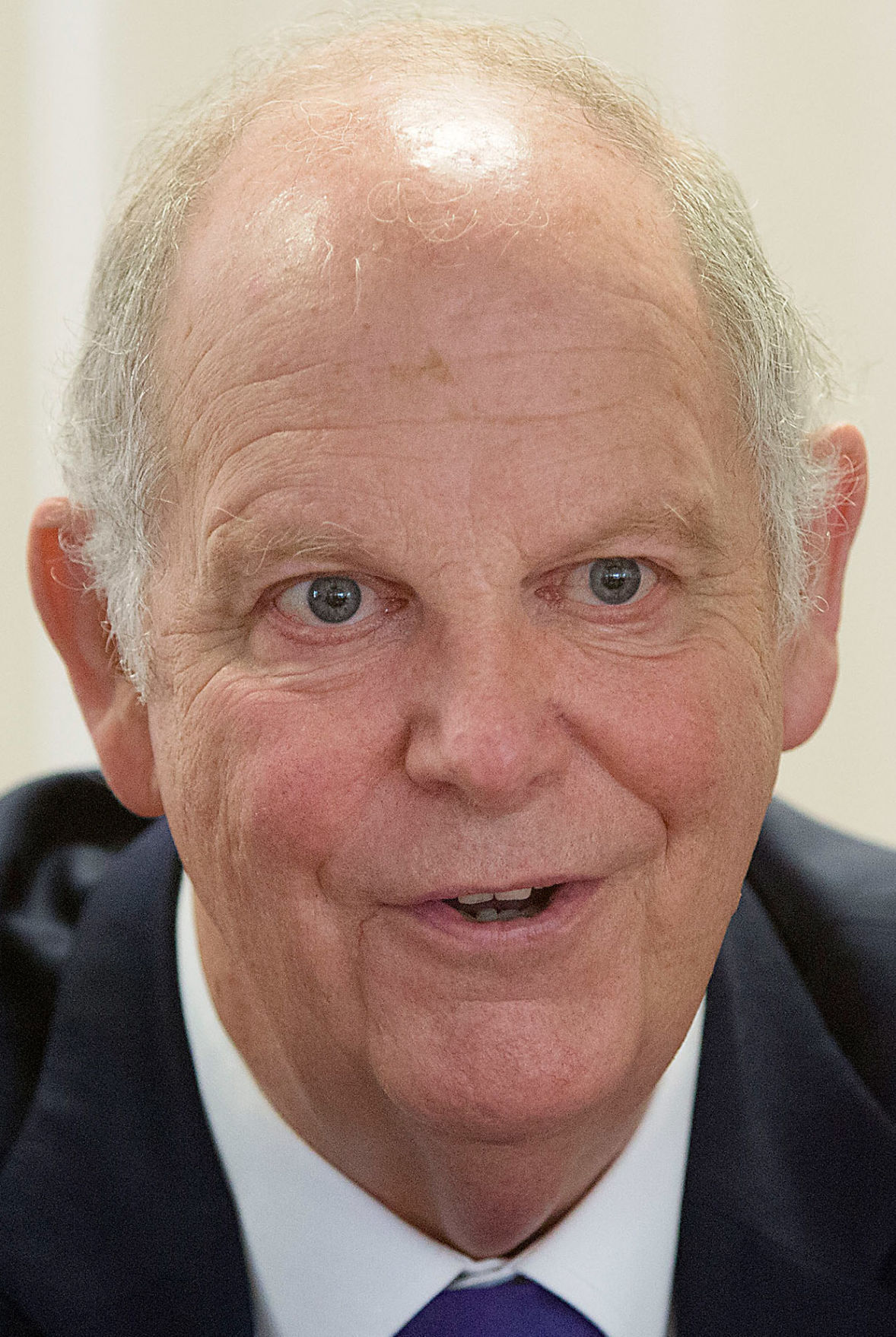