Sen. Kyrsten Sinema is getting some support after the Progressive Caucus of the Arizona Democratic Party threaten to censure her for backing two President Trump nominees.

The progressive Dems were pushing for a censure resolution to be considered by state party leaders this weekend. The vote has since been delayed until January.

A spokesperson for Sinema declined to discuss the issue.

Those questioning Sinema’s political loyalties include some Southern Arizona Democrats.

The chair of the Pima County Democratic Party, Alison Jones, confirmed local Democrats are increasingly frustrated with Sinema’s actions — or depending on the topic — inaction.

In August, the Dems sent Sinema a formal letter opposing her support of Operation Safe Return.

Democrats say the expedited deportation of asylum applicants would strip away their rights guaranteed under international law.

The letter is just the tip of the iceberg when it comes to complaints against Sinema, who faced a more serious political threat in May 2018 when members of the county party formally debated whether to condemn her — and Rep. Tom O’Halleran — for their support of Trump’s “anti-Democratic agenda.”

Mark Kelly, who is running as a Democrat for the senate, said in Tucson earlier this week that Sinema shouldn’t be punished for siding with Republicans to make David Bernhardt the US Secretary of the Interior and William Barr the US Attorney General.

“I think Senator Sinema is trying to and is representing the state in a smart way,” Kelly said. “I don’t feel like she is — or should be — beholden to any specific group.”

Kelly told reporters that he wouldn’t be using Sinema as a role model to govern, even though he believes Arizona has a strong history of supporting members of Congress with an independent streak.

A Republican candidate for mayor has surfaced this week.

Albert Pesqueira, who describes himself as a former social worker and youth pastor, filed paperwork to qualify for the ballot as a write-in candidate.

With more than 49,000 Democrats voting in last month’s primary, Pesqueira is going to need a lot of voters to write his name on the ballot to become mayor.

While it’s mathematically improbable Pesqueira will be Tucson’s next mayor, 4,828 Tucson Republicans entered a write-in name in the primary even though there was no GOP candidate for the seat.

Unfortunately, the city doesn’t track write-in votes for unofficial candidates, so we don’t know how many pets or celebrities gathered votes in the primary.

It’s unclear how many people will vote in the November general election, but turnout is expected to be lower because participation drops when city voters don’t also have a chance to vote for president or governor.

There are roughly 258,000 registered voters inside the Tucson city limits.

Meanwhile, the novice candidate may also run afoul of campaign finance laws in his attempt to raise money on GoFundMe.

Setting a $10,000 goal — but so far raising online 700 bucks — Pesqueira’s campaign may not get the state-mandated personal information about individual donors from the popular fundraising site.

And GoFundMe does not cap individual donations. The maximum amount a single person can give the campaign is $500.

City Clerk Roger Randolph says if Pesqueira can’t provide all of the required information about donors, he could be forced to refund donations.

Pesqueira says he’s running because Tucsonans should have a choice for mayor other than Democrat Regina Romero and independent Ed Ackerley.

“I’ve been a conservative all of my life,” Pesqueira said.

“I just think that there should be an option.”

Sen. Martha McSally’s top spokesperson will leave at the end of the month, taking the same position with Vice President Mike Pence.

Katie Waldman was hired by McSally’s office in February after previously working as a deputy press secretary at the Department of Homeland Security, when Kirstjen Nielsen was in charge.

She also was a press secretary for U.S. Sen. Steve Daines and a press assistant at the National Republican Senatorial Committee during the 2014 cycle.

“Katie has been a great asset to our team and will be missed, but this is a once in a life time opportunity for her to serve our country,” McSally said in a statement.

“I am sure Katie will thrive in this new position serving Vice President Pence and I wish her all the best.”

Political Notebook: New group comes out in opposition to Prop. 205

Another group that has formed to formally oppose Proposition 205, the “sanctuary city” ballot initiative Tucson voters will decide on in November.

If elected, the three-term 45-year-old councilwoman would be the city's first Latina mayor. 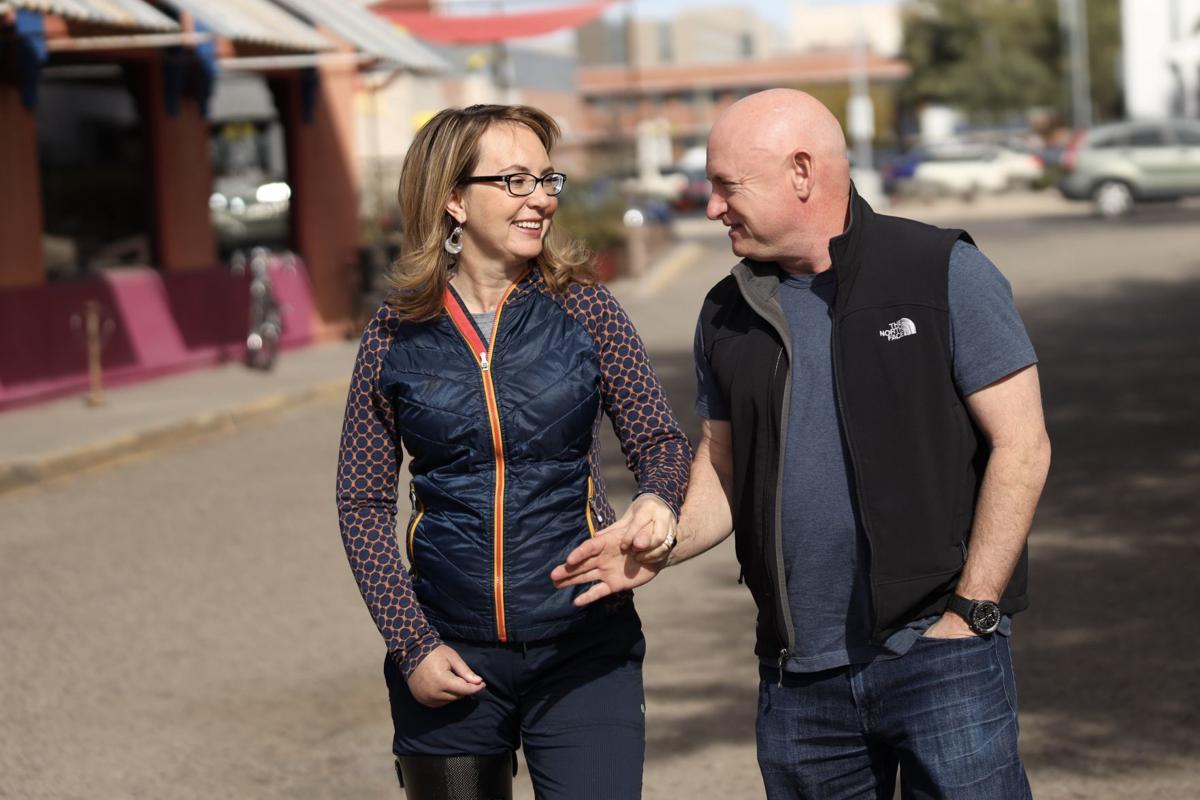 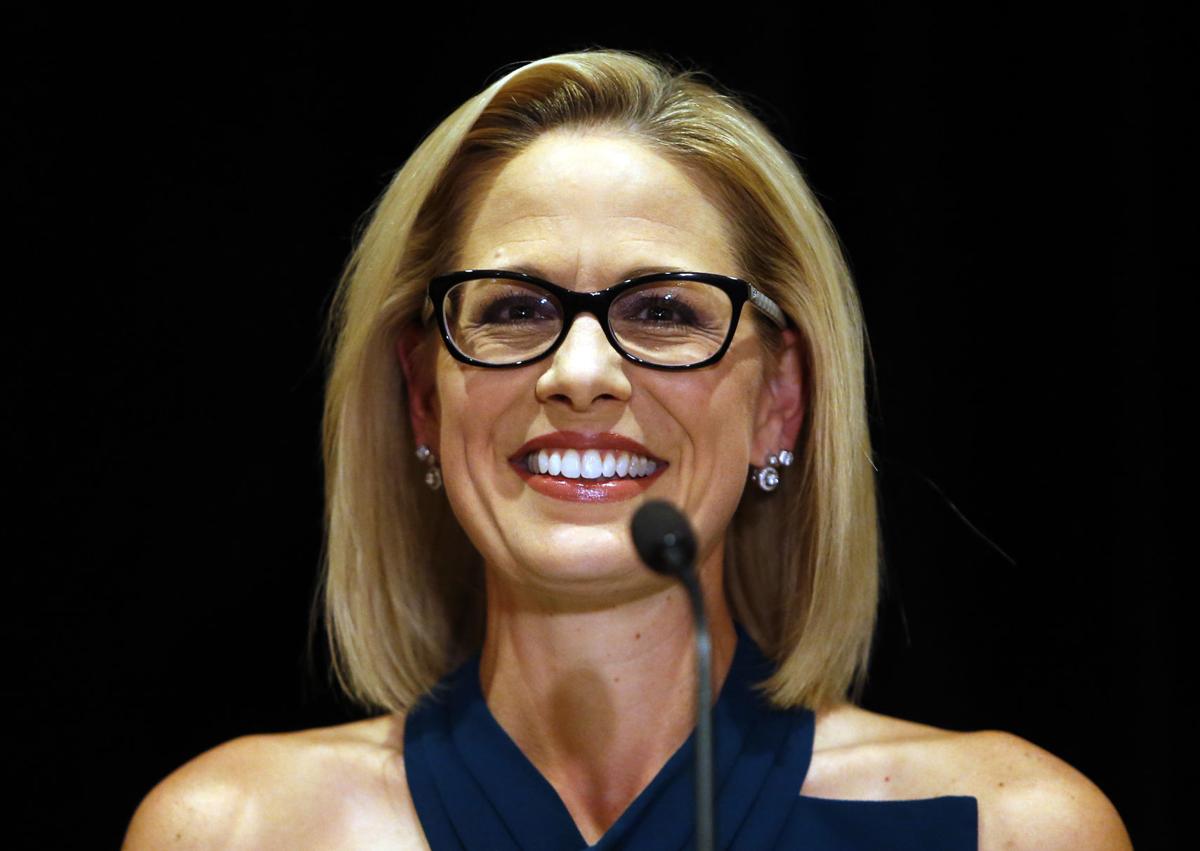