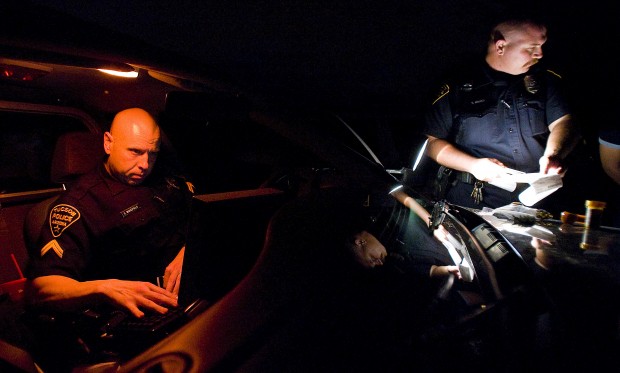 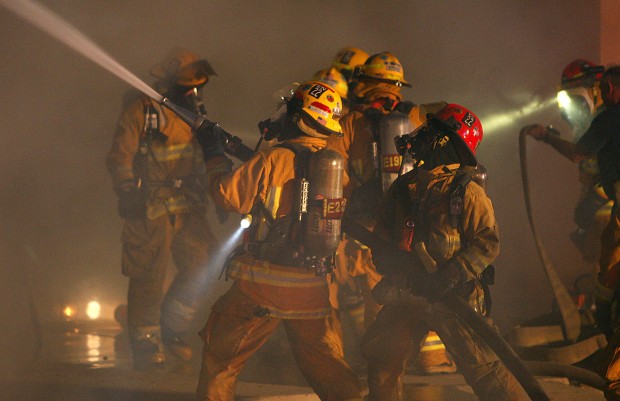 Vital services such as firefighting face possible cutbacks, proponents of the half-cent increase say. But critics say such assertions are scare tactics and that the city hasn't done enough so far to tighten its belt.
Rob O'Dell Arizona Daily Star

Cut cops and other critical services or raise taxes?

That's what Tucsonans will be asked to decide Nov. 2: whether to raise the city sales tax by half a cent per dollar to help ease the city's chronic budget problems.

If approved, the city sales tax would jump from 2 percent to 2.5 percent, while the total sales tax - including county and state - would rise to 9.6 percent.

That would give Tucson the eighth-highest sales tax in the nation for cities with more than 200,000 people, although numerous smaller communities in Arizona have sales tax rates higher than that.

If approved, the half-cent tax increase would generate an estimated $40 million annually.

Here are five things you might want to know about the proposed tax increase:

Is the money really guaranteed to go to police, fire, parks, roads and transit?

All the money that comes from the half-cent sales tax is earmarked only for those "core" services - it's written into the City Charter.

However, there is nothing in the charter amendment to stop the city from siphoning off money already going to those services, and simply replacing it with the new tax revenues. Maintaining current spending levels is not required.

Shaun McClusky, spokesman for the "No on Prop 400" campaign, said the lack of a "maintenance of effort" is a huge problem because there is nothing to stop the council from grabbing that money and backfilling with the tax.

Jason Winsky, Tucson Police Officers Association board member, said the issue of whether the money is spent on core services will be clear. "It should be obvious if there's layoffs or not," he said. Winsky also said he thought a potential maintenance of effort would be illegal because it would tie the hands of a future City Council.

City Attorney Mike Rankin, however, confirmed a maintenance of effort provision would be legal because it would be in the City Charter. University of Arizona law professor Robert Glennon agreed.

But Rankin said the charter amendment says core services must be "maintained and preserved" so even without such a provision, if the council took money out of those departments, assuming the tax increase passed, the council would be in jeopardy of violating the City Charter.

Are the threatened draconian cuts to the police and fire department simply scare tactics?

The Keep Tucson First "Yes on 400" campaign has statements from the Tucson police and fire chiefs on the campaign's website saying firefighters and city residents will die if the tax fails, and police would stop responding to all civil matters and alarm calls, and would make residents fill out on-line forms for reports such as burglaries or vandalism.

A city committee recommended cutting 148 police officers and 100 firefighters if the tax fails, although a just-announced $12.3 million, three-year federal grant will pay for 50 extra officers and will mute some of the impact.

Jensen, of the Yes campaign, said, "They aren't scare tactics; the budget is scary."

Winsky added that police and fire have already been cut, saying 134 officer positions are vacant and "civilian" jobs such as dispatchers have been eliminated. The only thing that hasn't been cut is active police officers, he said.

Even if the tax fails, emergencies such as stabbings and shootings and fires will be responded to, Winsky said. But he added: "Everything else will start suffering."

McClusky disagreed, saying police and fire would be cut some but that politics would dictate the cuts couldn't be huge.

"They're going to cut police and fire in an upcoming election year? That's political suicide," he said. "That is a threat to Tucson."

How is this different from the state sales tax that was just approved?

This might be the one issue where both sides agree. The one-cent-per-dollar sales tax hike approved in May went solely to state coffers and didn't benefit the city. Also, while advertisements for the tax talked about public safety, the money from the tax went to public safety officers employed by the state.

"It's the biggest misconception of the whole thing," Winsky said.

Why can't the city use money from Rio Nuevo or the modern streetcar?

Both sides also agree that neither Rio Nuevo funding nor the money for the modern streetcar could be used to fund city general fund expenditures.

The modern streetcar funding comes from restricted-use federal funds and another sales tax voters approved on the condition it only be used for certain transportation projects.

Has the city cut everything it can? Is there more than can be cut?

This is the main point of disagreement with the campaigns.

The Yes campaign contends the city has made the tough cuts, and there isn't any fat left.

The No campaign contends the council has constantly avoided the tough decisions and kicked the issue down the road hoping the economy would get better.

Tucson car dealer Jim Click, who is the No campaign's biggest financial supporter, said the council hasn't done enough. "I don't feel like this City Council and staff have reduced expenses enough ... to justify a sales-tax increase," Click said.

In the 2008 budget year, the city froze positions, limited travel and deferred maintenance on equipment to fill a $12 million gap. In the 2009 budget year, the city stopped its budget sustainability program to pave more roads and hire more police and firefighters. It also started cutting part-time workers and programs, combined departments, increased water rates, shifted funds for one-time fixes and canceled police and fire academies. The city burned through much of the city's reserves as the council wavered over cuts.

Last budget year, the city raised utility taxes by 2 percent and upped numerous fees, cut its outside agency funding, instituted employee furloughs and increased employees' contributions to health care and pensions. Then, hit by a midyear budget crisis, the council voted to lay off about 90 employees and instituted more furlough days. The city also increased water and garbage rates. .

This budget year, which began July 1, the council raised water and garbage fees again, instituted nine employee furlough days, cut more from the outside agency budgets and charged city employees more for benefits. The last $24 million was "balanced" by proposed asset-leasebacks of city buildings and sales of city land.

What is the real condition of the city's budget? What will really happen if the sales-tax increase fails?

There's no doubt the city's ongoing multiyear budget crisis will worsen if the sales-tax measure fails. City officials said there's a $51 million revenue shortfall for next year that could get bigger as a result of state cuts.

The new sales tax would fill $40 million of that hole. The budget would still have to be patched, mainly with cuts and potentially some tax and fee increases. The number one candidate to raise money quickly would be to implement a tax on residential rentals.

In addition, although this year's budget is "theoretically" balanced, it relies on asset-leasebacks and land sales to cover a $24 million hole.

McClusky said there's still waste to be cut. "If the sales tax fails, they will have to make the tough cuts we've been calling for, for years," he said.

Winsky said the choice is about what kind of community Tucsonans want.

"Do you want to live a city where there's that much cuts," Winsky said. "Tucson is more than one or two core services."

Ballot propositions: what they say

City voters will decide if they want to give the City Council a 155 percent pay raise, and make it easier to fire top city bureaucrats, on Nov…

Vital services such as firefighting face possible cutbacks, proponents of the half-cent increase say. But critics say such assertions are scare tactics and that the city hasn't done enough so far to tighten its belt.
© Copyright 2021 Arizona Daily Star, PO Box 26887 Tucson, AZ | Terms of Use | Privacy Policy
Powered by BLOX Content Management System from TownNews.com.
You don't have any notifications.