Read Today's E-Edition
Share This
Tucson plans to crack down on contractor fraud, it's not clear how
Share this
Sam Kmack

Tucson has begun an effort to stop companies that receive city construction contracts from paying their workers with cash and “misclassifying” employees — two practices that can allow companies to dodge taxes, dominate local markets and deprive workers of fair pay.

The issue is a national one that starts at the government-level where officials dole out hundreds of millions of dollars to contractors who are charged with completing projects like new buildings or roads. Cities like Tucson often do little to track how that taxpayer money is actually used after it’s been awarded to construction companies, labor union officials said.

The lack of oversight allows contractors to get away with practices that help them work around employment-related taxes while skirting labor laws, including minimum wage rules, according to city and union representatives.

“Nobody’s regulating or looking into this at all,” said Fabian Sandez of the United Brotherhood of Carpenters & Joiners of America, which has been lobbying for more city enforcement. “It’s a problem, we have billions of dollars lost nationally that could have gone to our roads, bridges, infrastructure, schools, police departments.”

The “concerning” practices also help some companies win government contracts because they have less expenses, so they can do the work at a lower cost. Legitimate contractors then have to keep salaries low if they want to compete, reducing pay for blue-collar workers across the board.

City Council members voted to crack down on the problem late last month by introducing new payroll reporting requirements for contractors, penalties for companies that break the rules and new contract language that explicitly bans the pay practices.

But the new system is far from fully developed and important details — like how the city will catch and penalize rule breakers — have yet to be figured out, making it unclear whether the plan will have the teeth to combat the problem.

“This is both about the city’s pocketbook, as well as the pockets of working families,” Mayor Regina Romero said. “When we can’t protect the rights of workers to earn a living wage and support themselves and their families, we all lose.”

Tucson awards contracts after companies make “bids,” which is a breakdown of how much they will charge Tucson to do the work. Those with the cheapest offer usually have a better chance of winning the city contract and becoming the “general contractor” on a project.

General contractors — who manage the projects rather than having the manpower to get the job done on their own — then repeat the bid process, using a chunk of the government funding to hire “subcontractors” to do tasks like electric work or plumbing.

Sandez said cash pay typically happens after subcontractors come on board and seek out workers who will accept under-the-table payments, most of whom are undocumented immigrants or individuals who don’t want their pay to be on record.

Cash-pay workers don’t receive benefits such as workers compensation and they may not be paid fair wages, but it’s their only option to get around certain regulations and labor laws.

At the same time, employers benefit from the cheap labor and save money they would have otherwise spent on things like Social Security taxes for legitimate employees.

Companies achieve essentially the same thing when they misclassify employees as “independent contractors,” which is a legal designation that means that a worker is considered to be self-employed.

Those workers then have to cover portions of their taxes that are the responsibility of their employer, taking a chunk out of their earnings while they lose out on virtually all benefits.

Companies also don’t have to verify the citizenship status of employees labeled as independent contractors — and they aren’t subject to minimum wage rules, so employers can exploit people who would have trouble finding legitimate work and pay them next to nothing.

“If you are a sole proprietor subcontractor then the minimum wage doesn’t apply to you because you run your own business and you don’t have to pay yourself a minimum wage,” said Jeff Yates, the city’s director of business services.

The illegal cost-cutting, regardless of where it happens in the contracting process, allows all of the companies involved to offer lower bids than those that work above-board while also lining their pockets with extra taxpayer dollars.

“They’re also costing the city of Tucson money,” Romero said. “The contractor is able to pocket the surplus, and then leave taxpaying to the worker.”

Tucson officials plan to “strengthen” the language in city contracts to prohibit companies from taking part in the pay schemes, though it’s not clear how it will actually enforce those rules.

The city doesn’t yet have a way to monitor whether the rules are actually being followed, for example. Officials plan to create new “payroll reporting requirements” to track contractor pay, but it’s unclear what those requirements will be or when that system will go into effect.

Officials also don’t expect to consistently monitor each contract even after the reporting requirements are in place. They said enforcement will still be driven by individuals who submit formal complaints — something that hasn’t happened in at least the past two years.

“Enforcement will be largely complaint-driven, then also probably some random spot audits, that kind of thing,” said Yates from the Business Services Department. “The two steps that we’ll have on the city’s side is the strengthening of that language in our contracts and then from time-to-time, we will do some random spot audit of payrolls.”

Yates added that the enforcement efforts could be folded into the new Department of Labor Standards, which is being established to enforce the new $15 minimum wage recently approved by voters through Proposition 206.

“We haven’t stood up a unit necessarily to follow that up,” he said. “That’s probably the big difference is we’re standing up that labor division to enforce Prop. 206, this in my mind might be a little bit of an offshoot of that.”

Once the monitoring process is fleshed out, city officials will still have to figure out whether they can punish contractors who are caught breaking the rules, something that’s in a legal gray area because of frequently changing state laws.

The state has consistently passed legislation that restricts the city’s ability to make contractor-related policies since at least 2010. Lawmakers have barred Tucson from setting certain employee pay requirements on construction projects, for example, and more restrictions might be coming down the chute in this year’s legislative session, which began Monday.

Regardless of any new restrictions that may crop up, Yates said “there will be more coming out” about the city’s plan in the near future. In the meantime, residents can still file complaints about illegal pay practices with the state’s Labor Department.

Man dies in crash with semi-truck on Tucson's south side

A 46-year-old man who turned left in front of a semi-truck died despite bystanders' attempts to save him after the crash, Tucson police said.

Tucson police determined that the 33-year-old pedestrian was crossing against the traffic signal in a marked crosswalk when he was hit by a car.

As City Council discusses how to use the funds from differential water rates, it's starting with expansion of low-income services.

In the wake of the shooting on the "Rust" film set in New Mexico, city officials are implementing policies to ban live ammunition on film sets. 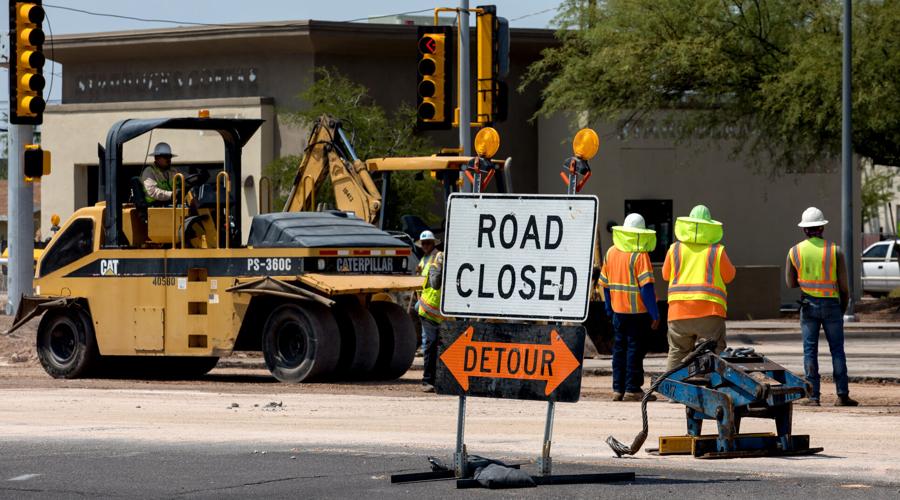 Tucson has begun an effort to set new rules for companies that the city hires to complete construction projects. 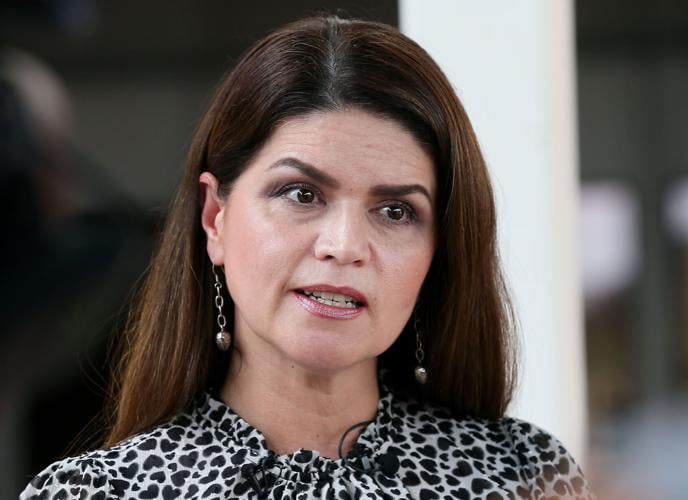