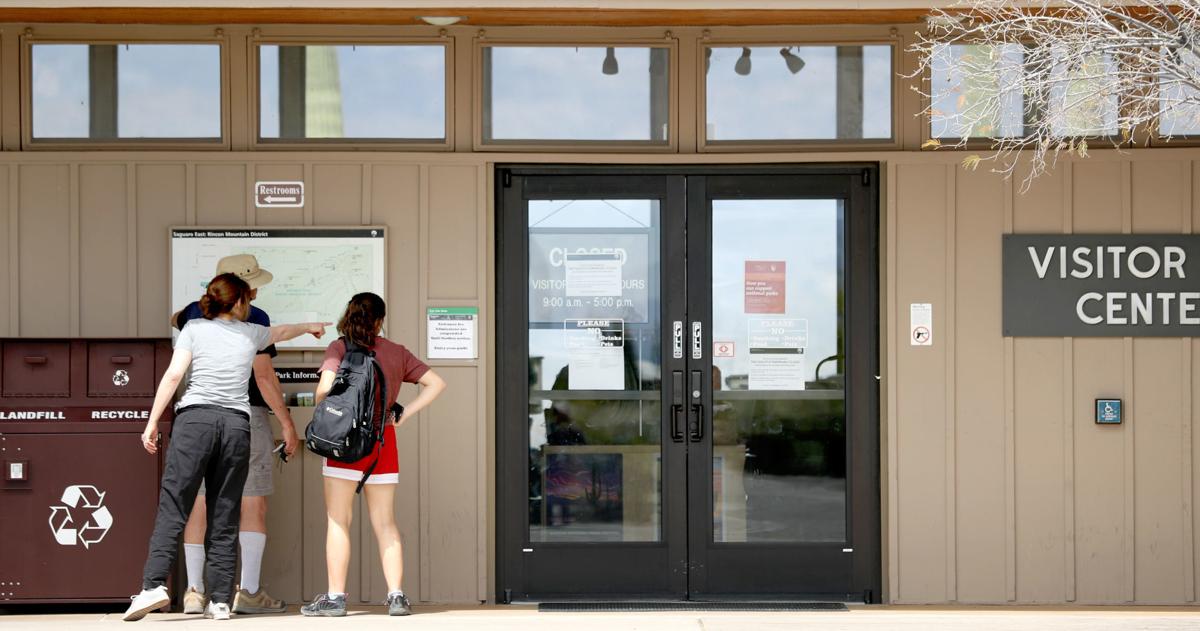 At Saguaro National Park east and west of Tucson, most roads and trails also remain open, though the National Park Service has has closed the fee stations, visitor centers, restrooms and other facilities. 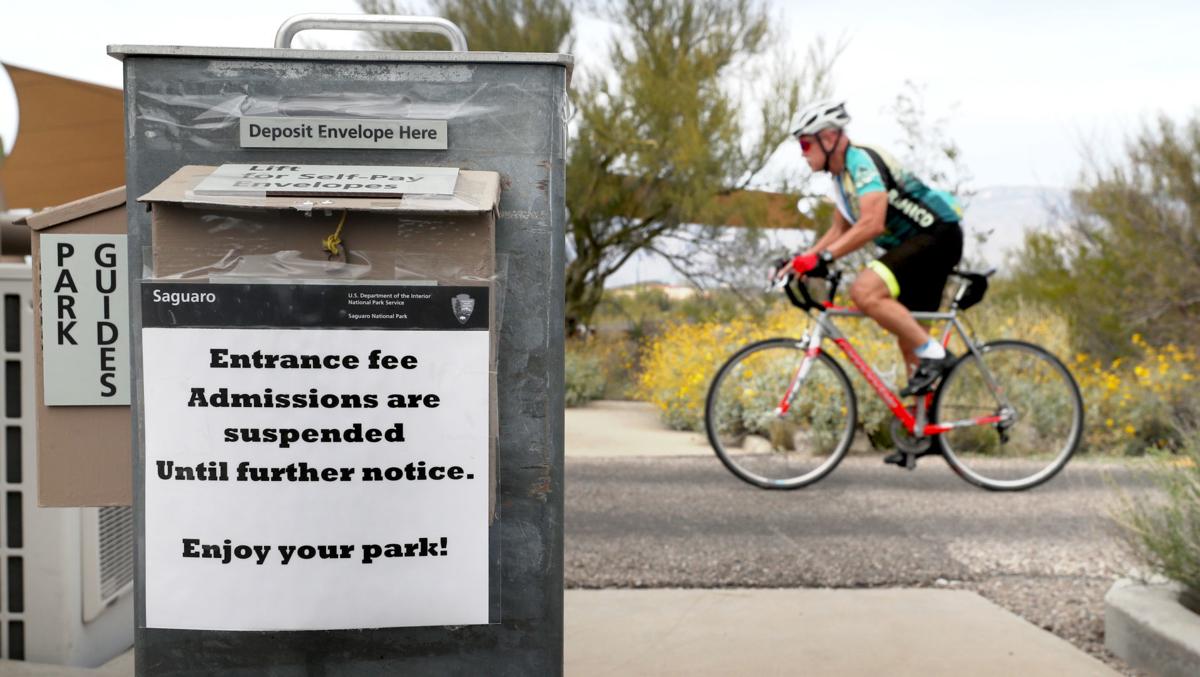 Two weeks ago, the U.S. Department of the Interior temporarily suspended entry fees at the parks nationwide, including Saguaro National Park, above.

Arizona’s signature attraction remained open to the public Tuesday, despite growing calls for it to close to protect visitors, vendors and staff from coronavirus.

So far, the Department of the Interior is keeping parts of Grand Canyon National Park open — and free of charge — over the objections of elected officials, tribal leaders, business groups and the park’s own leadership.

Sizable crowds continued to gather at popular lookouts along the South Rim on Monday, even as the gateway community of Grand Canyon Village reported its first confirmed case of COVID-19.

“I am completely shocked it hasn’t closed,” said Kevin Dahl, Arizona senior program manager for the National Parks Conservation Association, an independent, nonpartisan park advocacy group. “Most of the staff up there are just scared to death.”

Congressmen Raúl Grijalva, Ruben Gallego and Tom O’Halleran were the latest Arizona leaders to call for the iconic canyon to be shut down.

They were among eight House Democrats who sent a letter on Tuesday to Interior Secretary David Bernhardt, accusing him of “playing politics” with public safety by ignoring park management and key local stakeholders.

Most roads and trails also remain open at Saguaro National Park, though the park service has closed the fee stations, visitor centers, restrooms and other facilities at the split, 91,716-acre preserve bracketing Tucson.

Saguaro would be difficult to close completely because of the number of entry points, but the park service might be forced to take action if people fail to follow guidelines about social distancing, Dahl said.

“If you do it right, there shouldn’t be a problem on the trails,” he said. “It’s up to Tucsonans to police themselves.”

On March 18, Bernhardt announced he was temporarily suspending the collection of entrance fees at parks nationwide to make it easier for Americans to enjoy the outdoors, “embrace nature and implement some social distancing.”

But by last week, the Navajo Nation, Coconino County Board of Supervisors, Tusayan Chamber of Commerce and the Tusayan Fire Department had all expressed support for closing Grand Canyon to avoid a COVID-19 outbreak in an area with limited medical services.

According to an internal memo sent to all Grand Canyon employees on March 25, the park’s superintendent also favored closure, as did the regional and national directors of the park service.

Gov. Doug Ducey has not formally requested national park closures in the state, though he has issued a statewide “stay-at-home” order that started at 5 p.m. Tuesday.

Ducey’s order designates hiking and other forms of outdoor exercise as “essential activities” that are allowed to continue with “appropriate physical distancing practices.”

Dahl agrees with that, but not in places prone to large crowds and congestion.

“It turns out that it’s not that healthy to congregate on the South Rim of the Grand Canyon,” he said.

Just over 1 million people visited Saguaro in 2019, the park’s highest total ever.

Dahl is a Saguaro regular himself, but he said local residents looking to get outdoors right now need to expand their horizons a bit. Many popular recreation spots are either closed or crowded, so consider places off the beaten track.

He said he and his son recently went hiking in Ironwood Forest National Monument, and they only saw a few other vehicles the whole time they were there.

“For God’s sake, don’t go to Sabino Canyon,” Dahl said. “We’re surrounded by public lands. If you go out a little bit, you should have no problem finding all the personal space you need.”

Tucson police: Woman was impaired at the time of fatal motorcycle crash

The woman is facing a charge of second degree murder in connection with the crash that killed a 21-year-old motorcyclist.

According to the state health department, 21,058 people have been tested for coronavirus statewide, with 3,101 tested in Pima County.

At Saguaro National Park east and west of Tucson, most roads and trails also remain open, though the National Park Service has has closed the fee stations, visitor centers, restrooms and other facilities.

Two weeks ago, the U.S. Department of the Interior temporarily suspended entry fees at the parks nationwide, including Saguaro National Park, above.