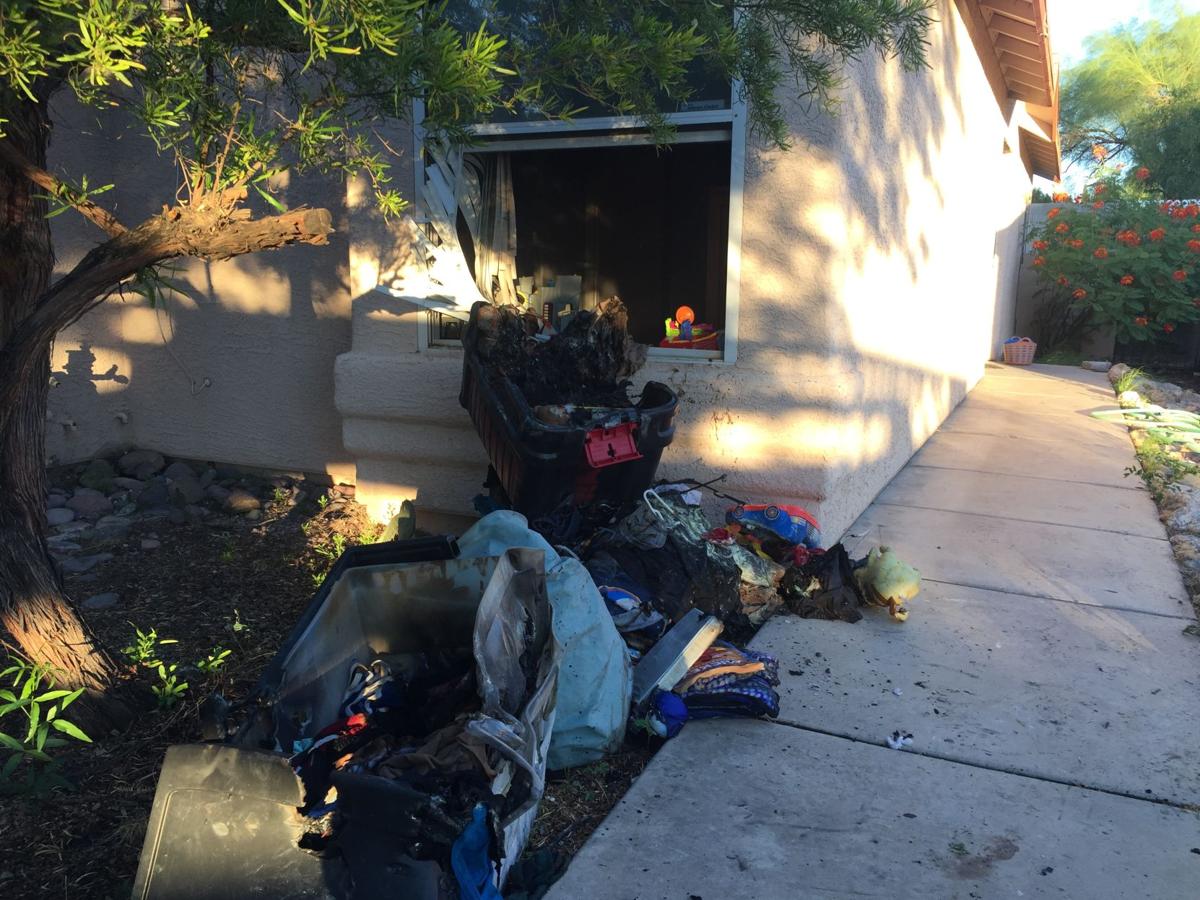 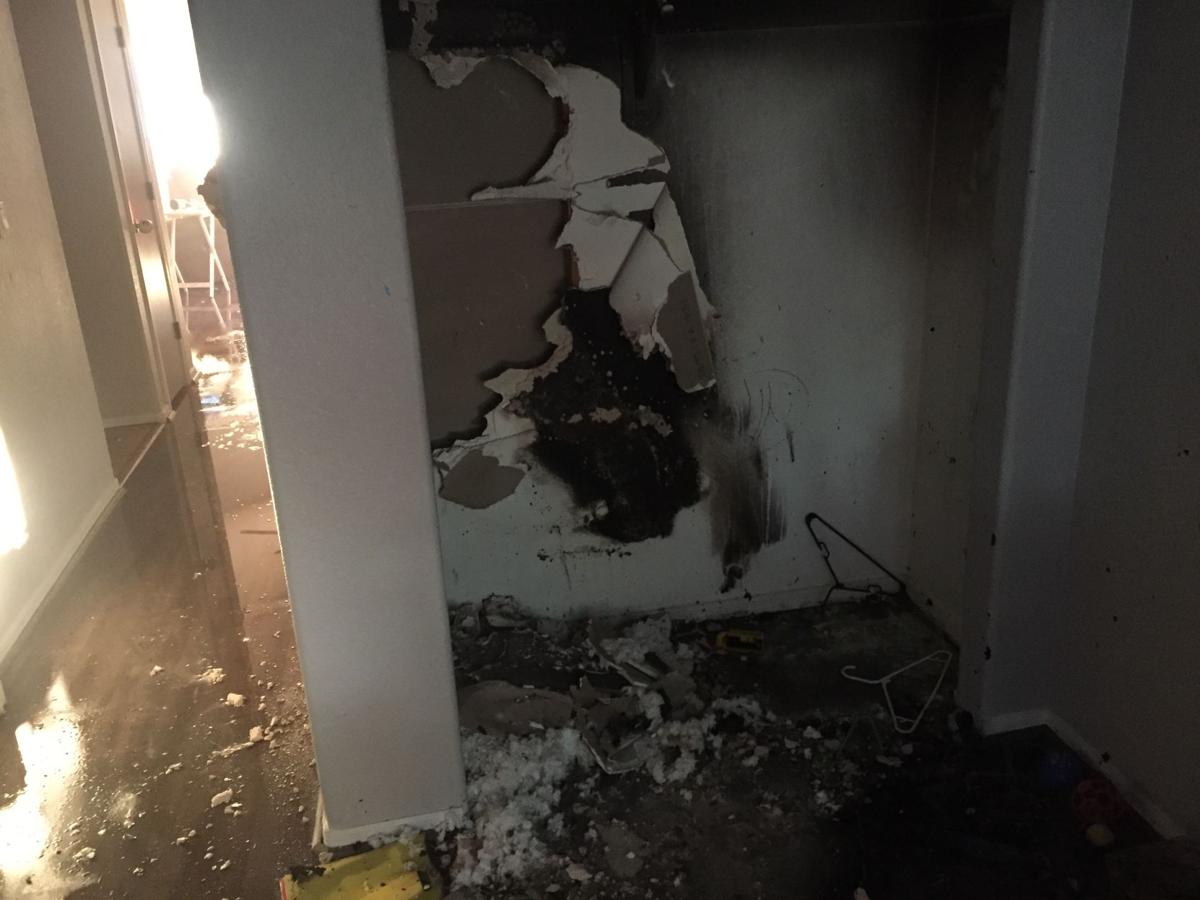 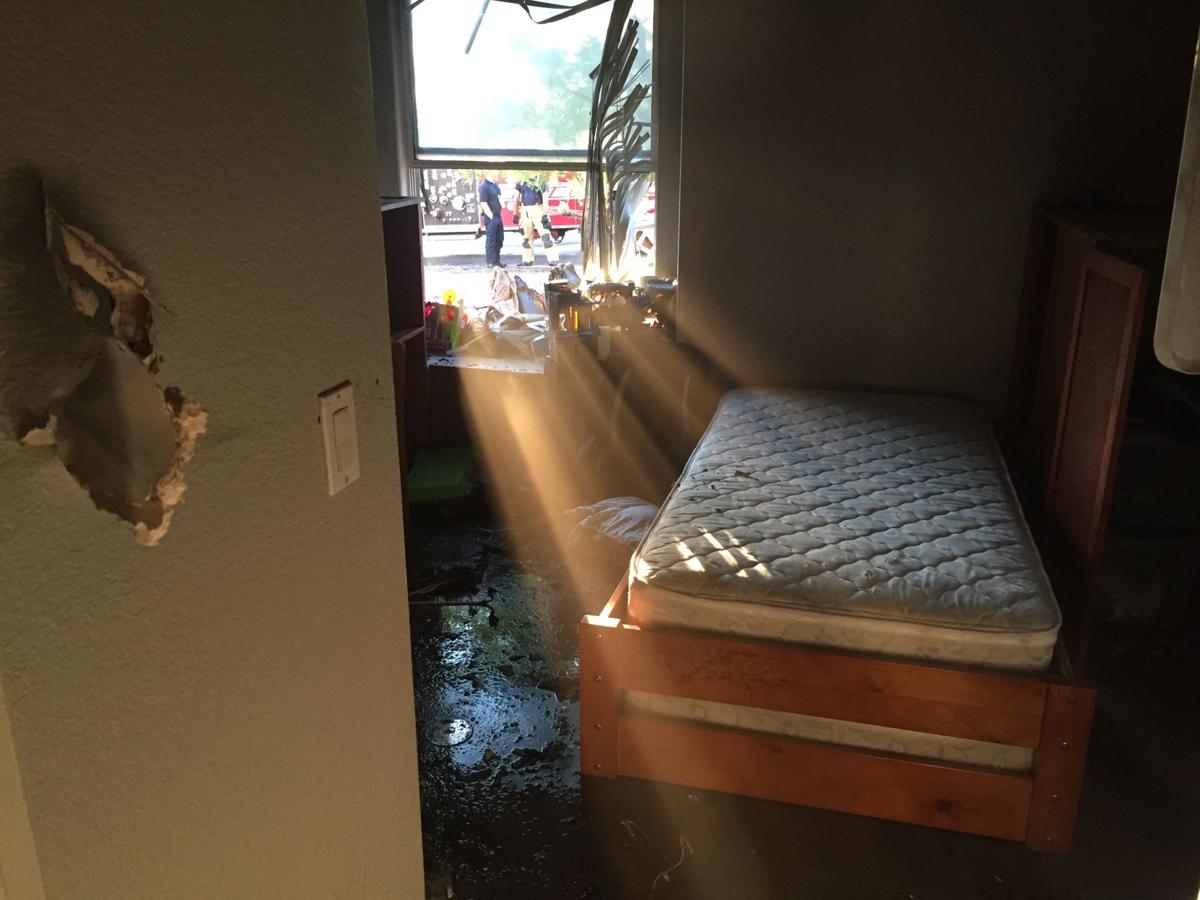 A fire alarm alerted a grandmother who was taking care of four grandchildren to a bedroom fire at a Rita Ranch home Wednesday evening.

The woman and children — ranging in age from 3 to 9 years old — got out of the house unharmed, said Capt. Julian Herrera, a Tucson Fire Department spokesman.

Multiple 911 callers reported a fire in the 9400 block of East Stonehaven Way shortly before 6 p.m. Aug. 16, said Herrera. The subdivision is south of East Valencia Road and east of East Old Vail Road.

A crew arrived and found smoke coming from a bedroom window and found a neighbor using a garden hose to spray water through the window.

Firefighters confirmed everyone was outside of the home, and fought the fire, which was isolated to the bedroom's closet area, said Herrera.

The fire was put out and smoldering material was taken outdoors. The family of five were displaced and were staying with relatives, Herrera. The family's pet cat was also uninjured.

The Southern Arizona Chapter of the American Red Cross will provide assistance to the family, Herrera said.

Fire investigators have not determined the origin of the fire. The cause of the blaze is under investigation, and a monetary damage estimate is unknown.

More than 20 firefighters were dispatched to fight a garage fire on Tucson’s north side Sunday morning.

No one was injured in the fire.

Two families displaced, dog dies in fire at 2 houses on NW side

Fire began in back of one home, spread to neighboring house.