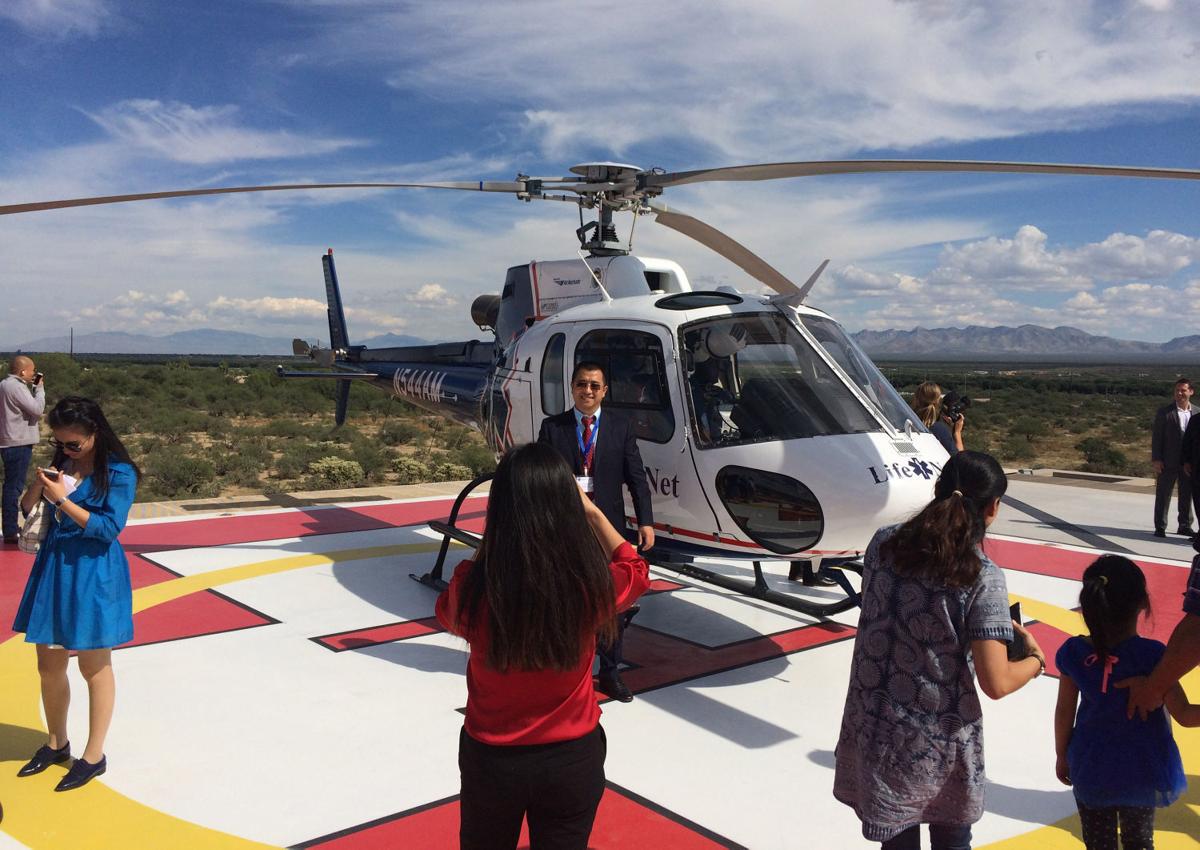 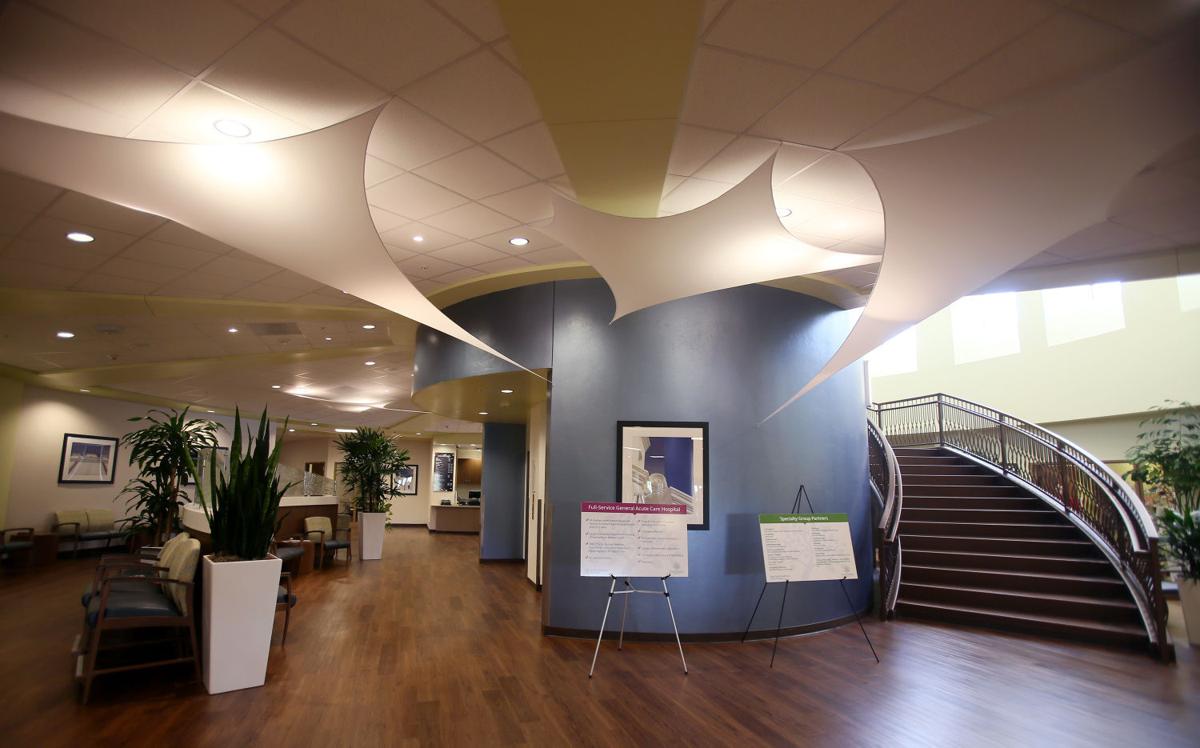 Green Valley Hospital says it paid a $773,520 assessment for the fiscal year that ended June 30.

Less than two years after it opened, Green Valley Hospital is filing for Chapter 11 bankruptcy, its CEO said Friday.

John Matuska said the decision was made with the intent of financially strengthening the hospital for long-term success. He took the helm of the for-profit hospital in October and is its third CEO.

The hospital expected to file papers in federal bankruptcy court in Tucson by the end of the day Friday, Matuska said in an interview. He stressed that the filing represents a restructuring of debt, and will not affect day-to-day hospital operations. The hospital, which opened in June 2015, has about 300 employees and no layoffs are expected, officials said.

“Chapter 11 does not mean that you close. This has no impact on hospital operations. We have the funds to pay for salaries, fringe benefits, doctors’ fees, supplies, equipment etc.,” Matuska said.

Green Valley Hospital officials say the debt was the result of a number of factors, including “turmoil and financial mismanagement” in its early days. Additionally, officials say a hospital assessment imposed when the state expanded its Medicaid program in 2014 has been a financial burden.

“This hospital will remain open and will successfully serve our community for a very long time,” Matuska said in a prepared statement. “This is merely a procedural step, and to be sustainable we have to take this step to reorganize our finances and alleviate some of our debt burden.”

Chapter 11 bankruptcy is the “clearest, fastest path toward a financially healthy future for Green Valley,” he said.

Federal Chapter 11 is a way for companies to reorganize their debts in bankruptcy. Companies that choose that route typically do not go out of business, said Tucson bankruptcy attorney Kasey Nye, who is not working on the Green Valley case.

Chapter 11 is distinctly different from Chapter 7 bankruptcy, which is where a trustee is appointed and closes down a business or liquidates assets to pay creditors, Nye said.

Under Chapter 11, “The debtor (the hospital) is its own trustee and there are lots of rules about how the debtor goes about continuing to operate under court supervision,” he said. “Then they have an opportunity to approve what’s called a plan of reorganization, which takes their various liabilities, secured debts, liens, unsecured debts, and restructures them.”

The Green Valley Hospital bankruptcy process is expected to take five or six months and hospital officials will keep the community updated, Matuska told the Star.

“When they opened, the hospital was undercapitalized,” he said. “It’s a beautiful facility. But because hospital margins are so small, you have to maximize the use of your facility and not overbuild it. It probably was overbuilt and cost too much to build.”

At the time it was built, officials said the cost of the 49-bed hospital was about $79 million. The rule of thumb for building hospitals at the moment is $1 million per bed or thereabouts, Matuska said.

“Some of the loans we have are very high interest rate/fee loans that we can’t afford,” he said. “And on top of it we get hit with this hospital assessment.”

The assessment is a fee that Arizona hospitals pay as part of restoring and expanding Medicaid coverage for childless Arizona adults, which happened in 2014, before Green Valley Hospital was built.

The fee brings in about $265 million per year to the state’s Medicaid program, which is called the Arizona Health Care Cost Containment System (AHCCCS). Medicaid is a government health insurance program for low-income people.

The theory behind the hospital levy is that patients with government-provided insurance coverage incur less bad debt for hospitals than if they were uninsured and unable to pay.

But Matuska said that since only about 7 percent of Green Valley Hospital’s patients are on AHCCCS, the $600,000 assessment it’s paying every year is a large financial burden.

About 80 percent of the hospital’s patients are covered by Medicare or Medicare managed care. Medicare is a government insurance program that primarily covers adults over age 65.

“They didn’t anticipate what would happen to a new hospital built in an area where you don’t have a lot of Medicaid patients,” he said. “And you are still being taxed at $440 per discharge. … We have talked to many of the legislators in Phoenix and not one person said this is fair. We’re hoping to get this legislation changed.”

Matuska said another factor with the hospital’s debt was related to problems with billing and collections, but that issue has been addressed.

The filing will be accompanied by a reorganization plan, Matuska said.

Residents of Green Valley, home to many retirees, and its neighbors in the rapidly growing Sahuarita area, had for years wanted a hospital before the current one was built near Interstate 19, south of Continental Ranch Road and northeast of Canoa Ranch Drive.

Before the facility was built the area did not have a hospital or emergency room, and residents had to travel about 30 minutes by car to get to an ER.

“I think it’s important for the community, particularly given the age of the community here,” Matuska said of the hospital. “We’re never going to be doing neurosurgery, complex vascular procedures, open heart surgery. You leave that for the bigger hospitals. But we can probably meet 85 percent of the medical needs of the people here.”

Green Valley Hospital has a unique funding structure, with 80 percent of its ownership coming from the Green Card Fund via the Immigrant Investor Program, also known as EB-5. The EB-5 program was created by Congress in 1990 to stimulate the U.S. economy. If job-creating requirements are met, investors can receive an expedited green card.

Additional money for the hospital came from Accesso Group, which raised money from more than a dozen families in Sonora, Mexico, to finish it, according to the Star’s archives. The Sonora investors did not go through the EB-5 program.

Immigrant investors put up $70 million, can get green-card break in return.

Banner Health says Tucson losses will pay off in the future

Fewer than 1 percent of cases are proven to agency's satisfaction.

Older residents would be affected most.

Talk set for 6 p.m. on Wednesday

If the hospital succeeds, many Arizonans could lose Medicaid/AHCCCS coverage.

The 18-bed acute-care facility is slated to open in late 2019, if approved by Sahuarita's mayor and council.

The two-story, 70,000-square-foot hospital is slated to open in late 2019, if approved by Sahuarita's mayor and council.

Green Valley Hospital says it paid a $773,520 assessment for the fiscal year that ended June 30.