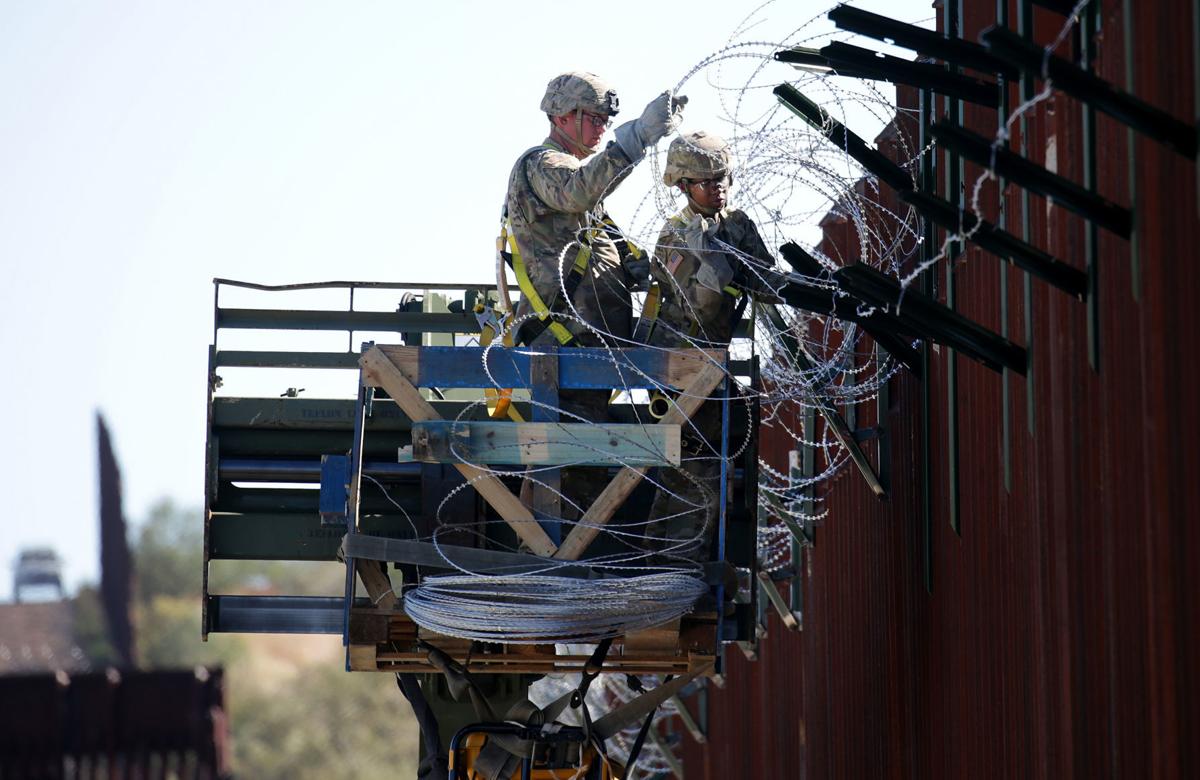 In November 2018, Army troops with the 66nd Engineer Battalion strung concertina wire atop the U.S.-Mexico bollard fence in Nogales, Arizona. Troops along the border can perform support roles, but are not supposed to engage migrants. 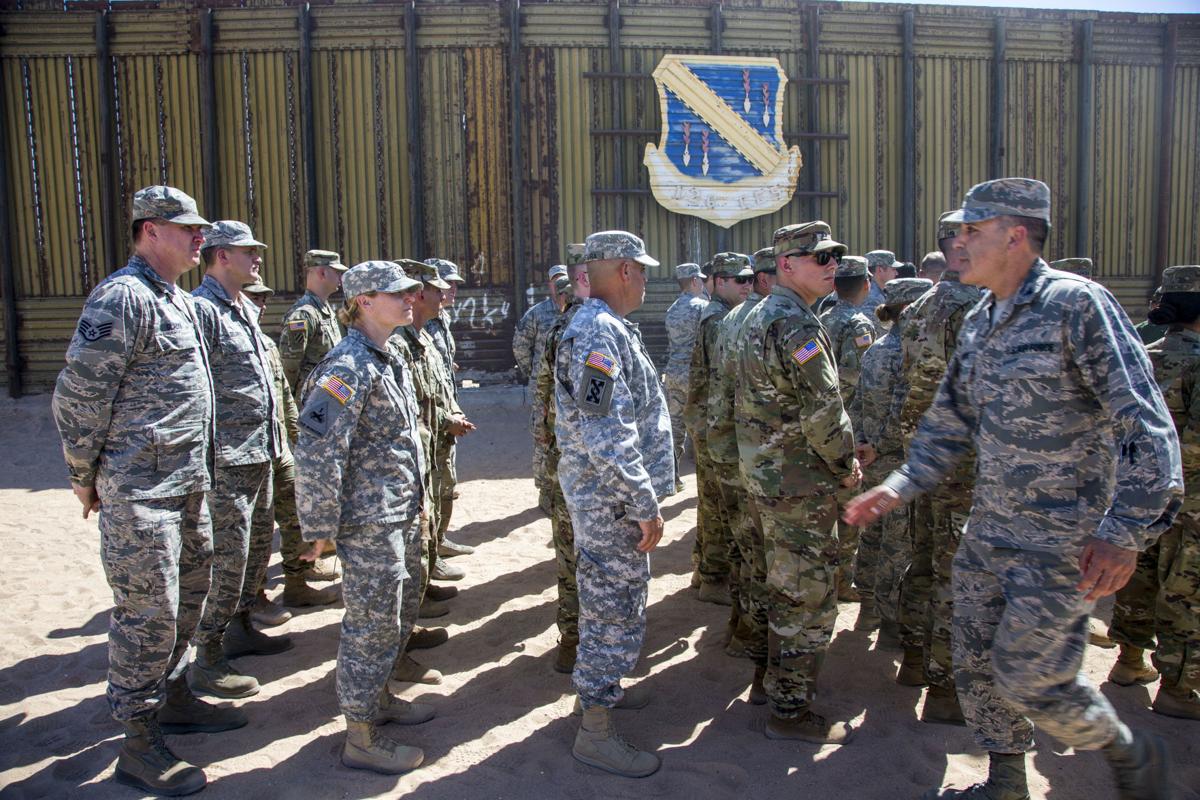 These Arizona National Guard troops were deployed in San Luis, Arizona, in April 2018.

WASHINGTON — Dozens of House Democrats renewed calls Friday for the Defense Department to investigate the legality of President Trump’s decision to deploy thousands of active-duty and National Guard troops to the U.S-Mexico border.

The call comes 18 months after Trump sent guardsmen to help Border Patrol agents handle what he called a crisis at the border, and a year after he buttressed that effort by sending active-duty soldiers.

Democrats say that not only are the troops ill-equipped to handle border issues, but their deployment “militarizes” border communities and could violate a law that bars the use of military forces for domestic enforcement without congressional approval.

“This deployment raises serious concerns about the role our troops are playing on the border,” Rep. Raúl Grijalva, D-Tucson, said Friday. “It threatens to erode long-lasting norms that keep the functions of the U.S. military separate from domestic law enforcement.”

His comments came at a Capitol news conference where lawmakers and advocates pointed to a September letter signed by 34 Democratic House members that called on the Defense Department’s inspector general to investigate the deployments. That letter asked, among other things, for the level of training troops have received and the administration’s legal justification for the deployment.

The White House did not respond to a request for comment Friday. In a statement, the Pentagon said only that it received the Democrats’ letter in September and is “considering the request.”

But Republican Rep. Paul Gosar, defended Trump’s deployment of troops, saying it aligns with his campaign promises of securing the border.

“It’s refreshing to finally have a president who keeps his promises,” Gosar said in a statement Friday. “The No. 1 priority should be securing our own country before trying to secure others.”

Calls to the Arizona National Guard and Gov. Doug Ducey’s office were not returned. But Ducey, who as governor had to order the troops to the border, was an early and vocal supporter of the move.

The Pentagon confirmed Friday that there were about 2,900 active-duty service members and an additional 2,200 National Guard troops along the southern border as of this week. Under rules of their deployment, the troops can perform support roles — stringing razor wire, providing transportation, participating in surveillance and other jobs — but are not supposed to engage migrants.

Trump first called for the deployment of National Guard troops in April 2018. He said they would help the Department of Homeland Security tackle “illegal drugs, dangerous gang activity and extensive illegal immigration.” He followed that last November with the deployment of active-duty troops.

California and New Mexico balked, but Texas Gov. Greg Abbott and Ducey quickly agreed to the deployment, which is federally funded.

Ducey sent the first wave of 225 Arizona National Guard soldiers in April 2018, saying then that it was important to secure the southern border and do “what Washington has failed to do for too long.”

But residents of the border communities who spoke at Friday’s event on Capitol Hill told a different story, saying how the arrival of troops has affected their cities and their lives.

“I remember the unrelenting pain and fear that we felt that day of our country’s history,” said Mariam Iskajyan, program manager at the group Win Without War. “It was a dark day.”

Lawmakers at the event pointed repeatedly to a recent Southern Poverty Law Center report on leaked emails from Stephen Miller, an architect of the White House’s immigration policies, that claim to show Miller’s support for white nationalist theories. A White House official was quoted in published reports as calling the SPLC a “far-left smear organization.”

“You have that racist Stephen Miller in the White House, he has the ear of the president, then the president spews the racism that comes from Miller,” said Rep. Juan Vargas, D-Calif.

The Democrats say the military presence on the border is harming the communities, where there may be more soldiers than local police and where residents can face multiple checkpoints. That leads to a lack of business investment and it lowers morale in border communities across Arizona and other states, Grijalva said.

WASHINGTON — The head of the Arizona National Guard has defended the use of military troops on the border, saying their support puts more Bord…

In November 2018, Army troops with the 66nd Engineer Battalion strung concertina wire atop the U.S.-Mexico bollard fence in Nogales, Arizona. Troops along the border can perform support roles, but are not supposed to engage migrants.

These Arizona National Guard troops were deployed in San Luis, Arizona, in April 2018.