The man who went on a deadly shooting rampage Sunday on Tucson's south side has a criminal record and a history of "mental health issues," Tucson Police Chief Chris Magnus said at a news conference Monday afternoon.

Meanwhile, the circumstances of a fatal house fire in January across the street from the home in Sunday's fire and shooting spree will be reviewed. In that fire two people died, including the mother of the alleged gunman.

A body also was found in the house that burned on Sunday.

The gunman police say is responsible for Sunday's attack, Leslie Scarlett, 35, remains in extremely critical condition after being shot by a police officer in a gunfight.

Scarlett initiated a violent series of events Sunday afternoon, police say, that started with the house fire in the 2100 block of East Irene Vista.

Within minutes, he went on to shoot two emergency medical technicians at a nearby park, before returning to the burning house where he shot a neighbor to death, grazed another in the head and shot a firefighter in the arm, police say.

One of those EMTs, a 20-year-old who was shot in the head, "is fighting for his life in an ICU," Magnus said.

The neighbor who was killed, Cory Saunders, 44, was at the house fire trying to help when he was gunned down, police and witnesses say. Mayor Regina Romero called him a good Samaritan. His 11-year-old son watched his dad get killed, Magnus said.

The shooting spree came to an end when Scarlett rammed a police patrol car and opened fire on the officer a few blocks away. The officer, Danny Leon, returned fire, striking Scarlett, and then rendered medical aid to the suspect, Magnus said.

"I am beyond grateful that Officer Leon had the skill, courage and presence of mind to end this suspect's rampage," the chief said of the officer, an eight-year veteran of the Tucson Police Department who was not injured.

Leon, "despite having gunshots fired right at him, demonstrated incredible composure and bravery in neutralizing the threat," Romero said at the news conference. "His actions were heroic and likely saved lives."

Authorities have not been able to identify the gender or identity of the person whose body was found in the burned home Sunday, but Magnus said police presume it is of the mother of three children who lived in the home.

The mother is unaccounted for, he said. Police initially worried the children were missing after Sunday's events, but later said they were safe, providing no other details. Magnus said police aren't certain of the woman's relationship with Scarlett.

Scarlett, who served six years in prison for attempted armed robbery, was not permitted to possess a firearm, and police don't know but are investigating how he obtained the gun, Magnus said. The chief said police aren't yet releasing any information about the gun he used.

Scarlett was born in Brooklyn and moved to Tucson with his mother when he was 8. Scarlett's mother remarried when he was 9, and he reportedly had a good relationship with his stepfather, who died in 2001, court documents show.

Scarlett attended Catalina High School, where he played football until graduating in 2004, and went on to participate in football and track at Arizona Western Community College, files show. He spent two years there, then returned to Tucson to attend Pima for a semester, court documents show.

In 2006, Scarlett was working full time as an electrician's apprentice, until his arrest in January in connection with charges of aggravated assault with a deadly weapon, kidnapping, armed robbery and aggravated robbery. Scarlett and another man were accused of robbing an Eegee's at gunpoint, ordering two employees to the floor and forcing another to the back of the store. No one was injured, and the roughly $300 that was stolen was recovered shortly after, according to court documents.

Employees described the robbers' getaway car to police, and shortly after, officers located a car matching the description in the area. After police located a gun and some cash, Scarlett and the other man in the car confessed to robbing the store, court documents show.

Scarlett took a deal, pleading guilty to attempted armed robbery, and was sentenced to six years in prison in May 2007.

Scarlett was released from prison in August 2013, and in January 2016, petitioned the court to have his civil rights — including his ability to possess a firearm — restored. 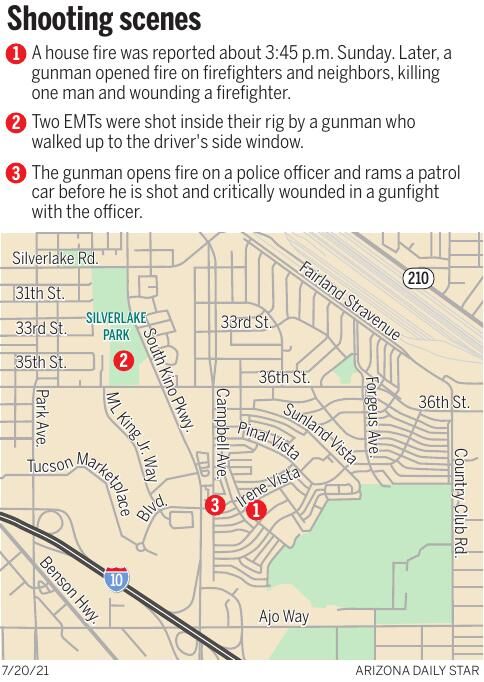 "Beginning with my renew sprit and purpose of hope and changes, I am seeking the restoration of the civil rights to possess a licensed gun for protection of myself, my family, society, hunting and for my property," Scarlett wrote in his petition.

The Pima County Attorney's Office opposed his request to have his right to bear arms restored, saying Arizona law prohibits individuals convicted of dangerous offenses to ever possess a gun.

In May 2016, Judge Richard Fields denied Scarlett's request to restore his firearm rights, but granted the restoration of all others, according to court documents.

Six months later, Scarlett was arrested in connection with charges of felony domestic violence-related aggravated assault and misdemeanor assault, after his girlfriend told police he choked, kicked and punched her, court records show.

Scarlett's mother told pretrial services that Scarlett had moved away to Texas for several years, and had returned to Tucson less than a year before.

In December 2017, Scarlett pleaded guilty to one count of misdemeanor disorderly conduct. He was sentenced to 52 days of time served, according to court records.

The deadly attacks started about 3:45 p.m. with the house fire in a neighborhood near South Kino Parkway and East 36th Street.

Soon after the fire was reported, police say Scarlett drove to nearby Silverlake Park where he walked up to two emergency medical technicians, who were parked as they waited for an unrelated medical call.

Police say Scarlett opened fire through the driver's side window of the AMR ambulance company rig. The 20-year-old EMT behind the wheel was in critical condition Monday with life-threatening injuries, police said.

The EMT in the passenger seat, 21, was shot in the chest and arm. However, she was able to call for help and described the attacker and the SUV he was driving, police say. She was in serious but stable condition Monday.

Meanwhile, Tucson firefighters had arrived at the house fire, joining neighbors who were trying to help.

Soon after, police say Scarlett returned to the burning house and started shooting at firefighters and neighbors, "basically at anyone trying to help," Magnus said.

Saunders, one of the neighbors, was shot in the head and died, Magnus said.

A Tucson firefighter was shot in the arm, and a bullet grazed the head of another neighbor, Luis Bravo, who told the Star on Monday that he didn't know the suspect. "I've never seen him," Bravo said. "Never seen him around."

Scarlett eventually drove off and, police say, was soon firing on Officer Leon after ramming his car a few streets away.

Scarlett fired three shots at Leon, who was able to take cover before shooting Scarlett in the gunfight, police say.

"There is no more empty and helpless feeling than listening to your peers in harm's way on the (law enforcement) radio," said Tucson Fire Chief Chuck Ryan on Monday. He said the rampage was "unconscionable" and that it's "difficult to not be incredibly angry."

Magnus, noting that Scarlett had a gun despite his history of violence and mental health issues, said: "If this incident isn't a call to action" to do more to help prevent such incidents, "I'm really not sure what is."

Homicide Survivors is planning a community vigil Wednesday to honor those killed and wounded in the weekend shooting spree.

15,000 told to evacuate from California fire

15,000 told to evacuate from California fire

Nurse thrilled to be back on pro bowling circuit

Nurse thrilled to be back on pro bowling circuit

Corrections officers were alerted after an inmate collapsed in his dorm. 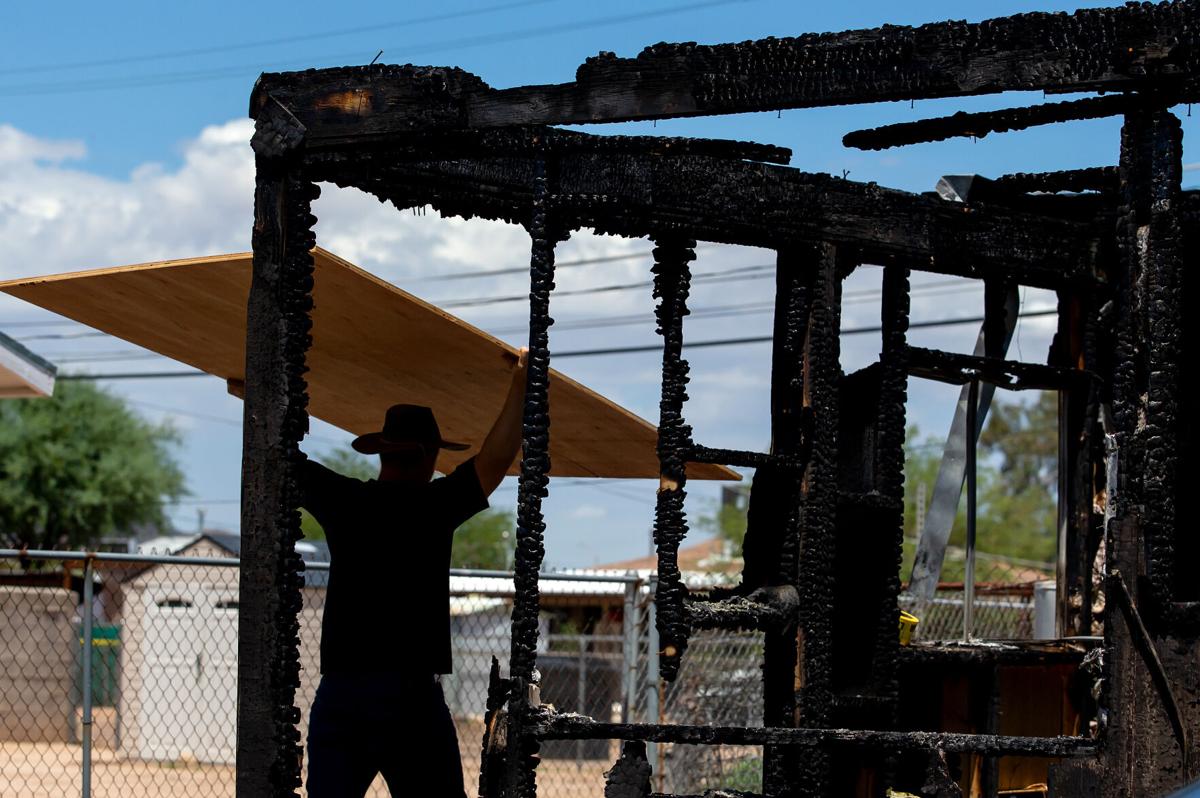 A city of Tucson employee brings in plywood on Monday to secure the burned house at 2141 E. Irene Vista after a house fire and shooting on Sunday afternoon. 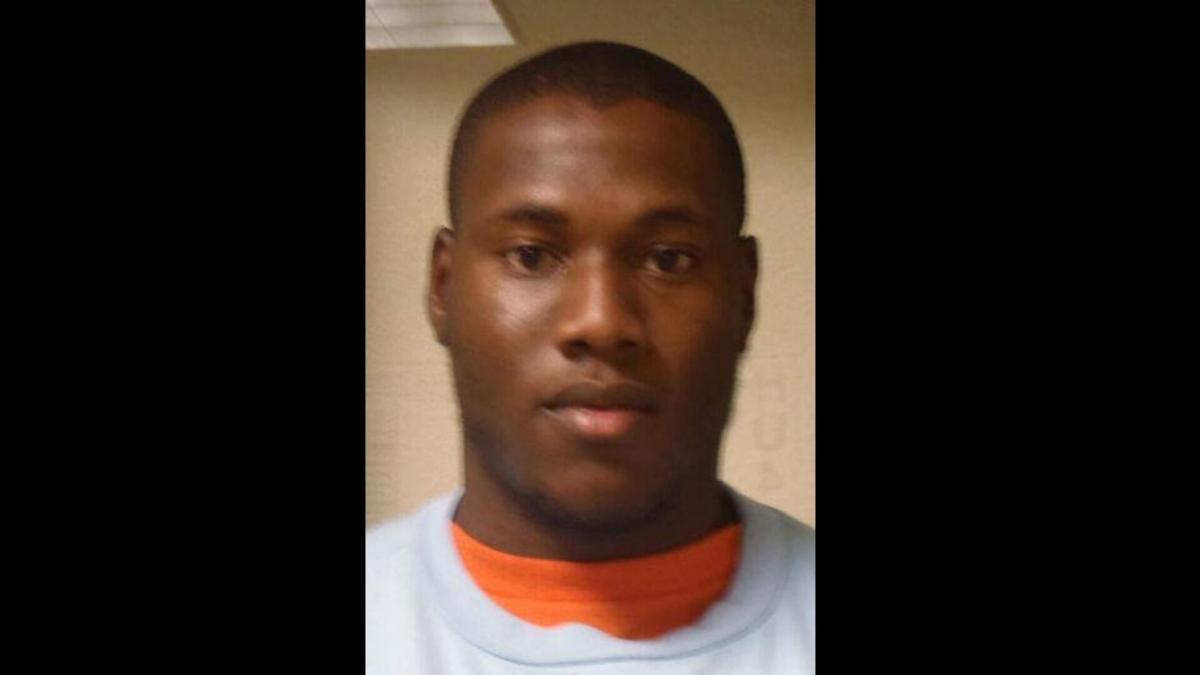 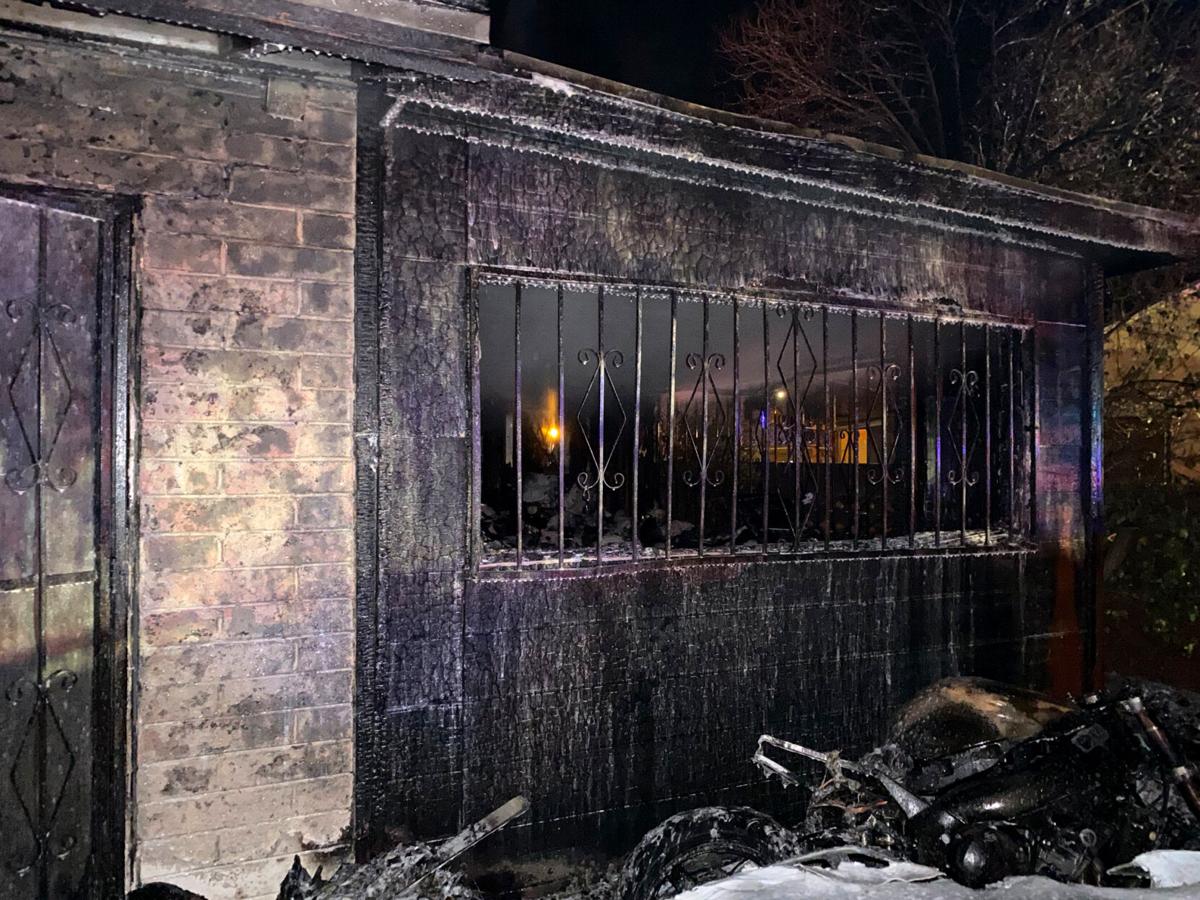 Three patients in critical condition were transported from a house fire in the 2200 block of E. Irene Vista just after 9:15pm Thursday, Jan. 7, 2021. Two of the patients later died.