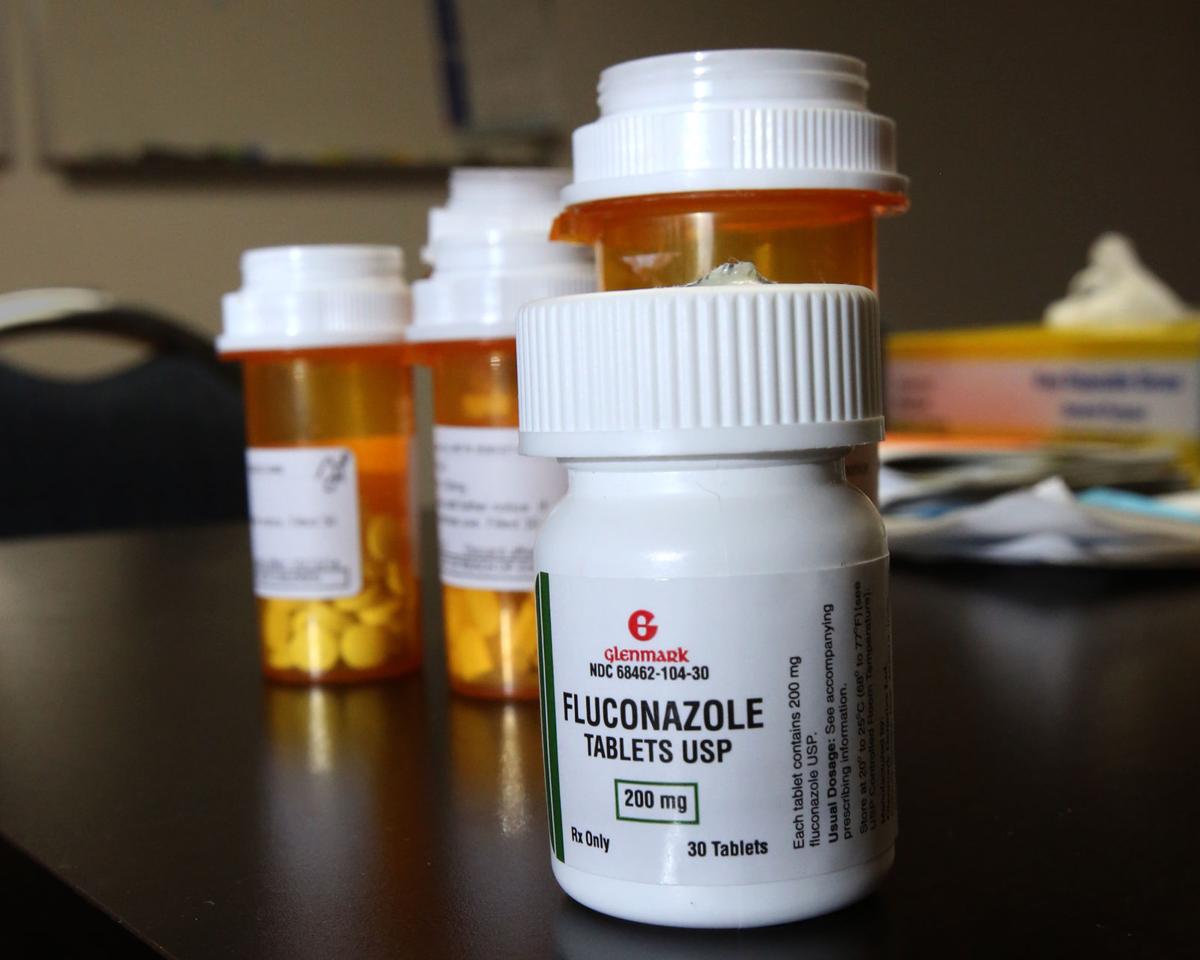 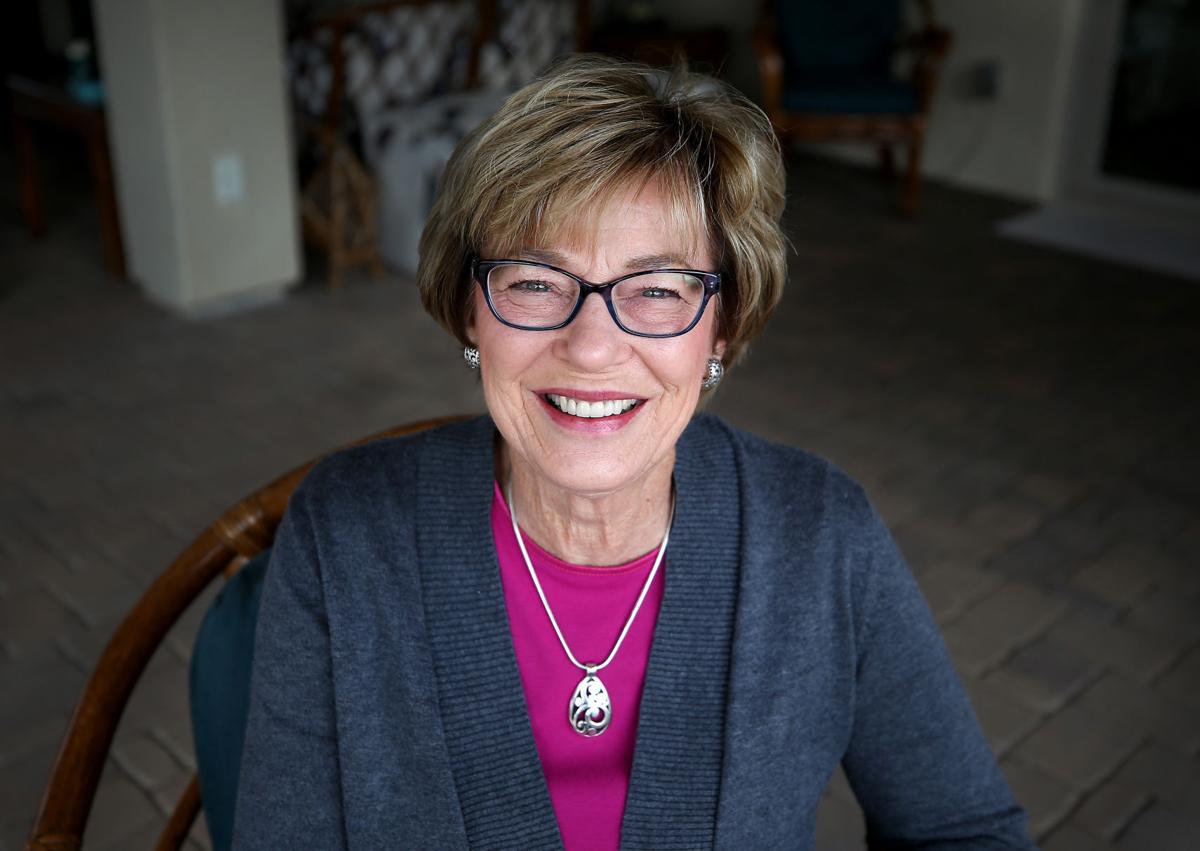 Jeanne Hughes was diagnosed with valley fever in November.

Tucsonans should be on alert for symptoms of the respiratory disease valley fever, as a recent spike in cases could continue in 2018, a leading local expert says.

The disease, which is unique to certain regions of the country and mostly found in Arizona, is caused by inhaling a fungal spore and is potentially fatal.

The prime time for exposure to valley fever occurs between August and March, research has found.

Nearly 7,000 cases were reported to the Arizona Department of Health Services through Dec. 30 last year, preliminary state data show — up 13 percent from the previous year.

“Arizona clinicians need to be even more alert than usual if their patients develop pneumonia. ... With infections increasing as they are now, pneumonia is even more likely to be due to our local fungal infection.”

Officials with the Arizona Department of Health Services say the reason for the increase in valley fever is uncertain.

But Galgiani said the increase falls in line with a climate model that would tie a late and abundant monsoon season in 2016 to a spike in valley fever cases during 2017.

Using that model, Galgiani predicts the number of cases will continue to rise in 2018.

The coccidioides fungus is found in the soil of the southwestern U.S., and parts of Mexico, Central and South America. People become infected after inhaling fungal spores made airborne by the disturbance of soil by natural or human activity.

Valley fever is not contagious and cannot be transmitted from animals to humans.

Local residents who develop persistent symptoms of pneumonia, such as fever, cough, chest pain or shortness of breath should ask their doctor whether they should be tested for valley fever, Galgiani said.

While the number of new valley fever infections reported to the state has been relatively stable since 2013, Galgiani suspects that is beginning to change.

Valley fever, also known as coccidioidomycosis, was attributed to 57 deaths in Arizona in 2016, including nine in Pima County.

The total number of deaths in Arizona attributed to valley fever for 2017 is not yet available, but state officials say there were at least 31 during the first eight months of the year.

What is certain is that cases in November and December were up. The recent uptick is similar to what happened during an epidemic year of valley fever in 2011, when a record of more than 16,000 cases were reported to the state, Galgiani said.

“We don’t know if 2018 will be like what we saw in 2011,” Galgiani said. “What we are seeing this fall, however, is very similar to how that epidemic started seven years ago.”

A continued increase is certainly possible in 2018, though, “There is no way to predict what will happen,” state infectious disease epidemiology program manager Shane Brady said.

“Given the trajectory of reported cases during the final few months of 2017, it is certainly possible that high number of cases continue into 2018,” he wrote in an email.

“However, it’s also possible that cases return to normal levels sooner than later.”

More than 65 percent of all valley fever cases in the U.S. occur in Arizona, and 30 percent occur in California. Most other cases occur in Nevada, Utah and New Mexico.

Current research shows one of every three people who inhales a coccidioides fungal spore gets sick enough to go to a doctor. The incubation period is one to three weeks.

In one of every 200 people who get sick, the valley fever disease disseminates.

When valley fever disseminates, that means it goes to the bloodstream, moving from the lungs to the skin, bones and joints, the spinal cord and brain.

Using a “grow and blow” weather model developed by UA researchers, including James D. Tamerius and Andrew C. Comrie, Galgiani says the abundant monsoons of 2016 were predictive of an increase in valley fever cases the following year.

The model the researchers developed built in an assumed delayed diagnosis. It found a strong relationship between precipitation patterns and year-to-year changes in valley fever cases in Arizona.

“The model doesn’t answer the question of why,” Galgiani said. “It just shows the relationship.”

Wind, heat and human behavior like digging in soil also play a role in the incidence of valley fever in Arizona, studies have shown.

Jeanne Hughes, a 69-year-old recent retiree who moved from Kansas to Green Valley last year, was diagnosed with valley fever in November following a routine CT scan she gets every six months related to another health issue.

After the CT scan, doctors gave her a PET scan and then did a biopsy.

Hughes and her husband were in Arizona on and off last year as they transitioned to living here. She was in Green Valley during July and August.

But Hughes assumes she inhaled the spore sometime between Sept. 22 and the end of October, when she and her husband spent some time at a construction site, checking on a new home her friends were building in the Green Valley area.

At the end of October, the couple went back to Wichita, Kansas, where they are from.

“The scan lit up like it was cancer,” Hughes said. “They did a biopsy on me and it showed it was valley fever.”

Hughes was diagnosed by her doctors in Wichita, Kansas, though she’s now under the care of Dr. Fariba Donovan at Banner-University Medical Center’s valley fever clinic.

“The doctors in Kansas were scratching their heads. They couldn’t find any malignancy in the mass,” Hughes recalled. “Then they said, ‘Have you been in Arizona?’ They did a good job.”

But Hughes said as soon as she was diagnosed she did research and figured out she’d be better off getting treatment in Tucson.

The only symptom Hughes recalls having was fatigue.

“I had never heard of valley fever,” Hughes said. “I get a headache every once in a while. I don’t feel dandy today, but I was just so happy it wasn’t small cell lung cancer.”

Galgiani says better awareness of valley fever could reduce the amount of time it takes to diagnose people, as well as cut down on unnecessary testing, including biopsies.

Valley fever can be diagnosed with a blood test and patients may order their own tests through SonoraQuest laboratories.

Earlier this month, the U.S. Food and Drug Administration gave regulatory clearance for a molecular test for more rapid detection of valley fever than the current lab tests. The test is not yet on the market, but could become available this year.

Among sites that assessed the test were Banner Health and Laboratory Sciences at Banner-University Medical Center Phoenix and the UA’s BIO5 Institute, under Anne Wertheimer, who is director of the BIO5 Infectious Disease Research Core.

Most people with valley fever  — 60 percent —  have no symptoms or only very mild flu-like symptoms and do not see a doctor.

Sources: Arizona Department of Health Services and the Centers for Disease Control and Prevention

Valley fever infects more than 13,000 people annually in Arizona and California and kills more than 100.

PHOENIX — A former Bank of America worker suspected of theft chose the wrong employer when applying for a police dispatch job.

If McSally announces on Friday, she will face several candidates in a GOP primary, including former Maricopa County Sheriff Joe Arpaio , who on Tuesday announced his candidacy for the post on Twitter.

Tucson weather: Storm activity to taper off this afternoon

The women had packages of pills hidden in their clothing.

Roadway is expected to be closed for two to three hours.

Employees and residents with four-wheel drive will be allowed up.

Woman was bitten in the calf when she tried to kick the fox away.

"Fixing this is our top priority," company CEO says.

"It is beautiful," Norma Santos Trujillo said, as she sped across her living room floor in her new wheelchair. "It's so light."

Jeanne Hughes was diagnosed with valley fever in November.