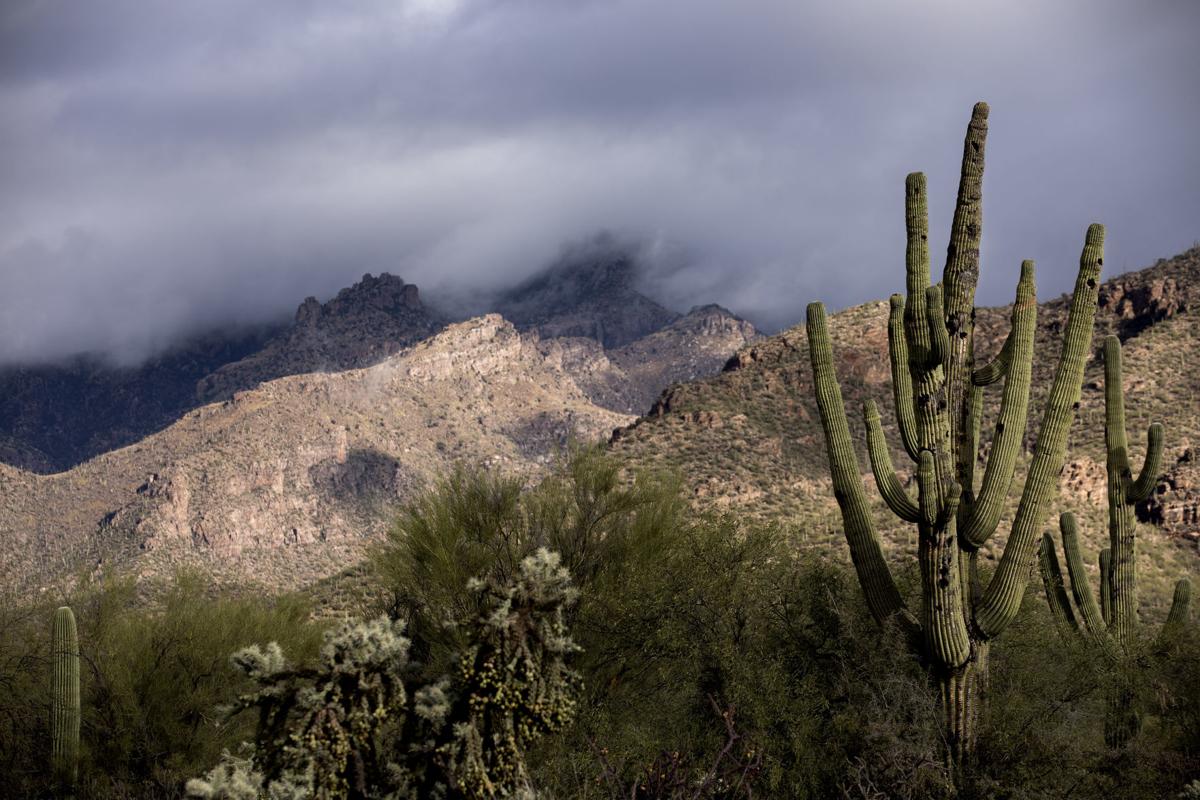 A cactus on Bear Canyon Trail stands in front of clouds blanketing the Santa Catalina Mountains in Tucson, Ariz. on November 21st, 2019. The National Weather Service reported that about three inches of snow fell on Mount Lemmon this morning around 6 a.m. 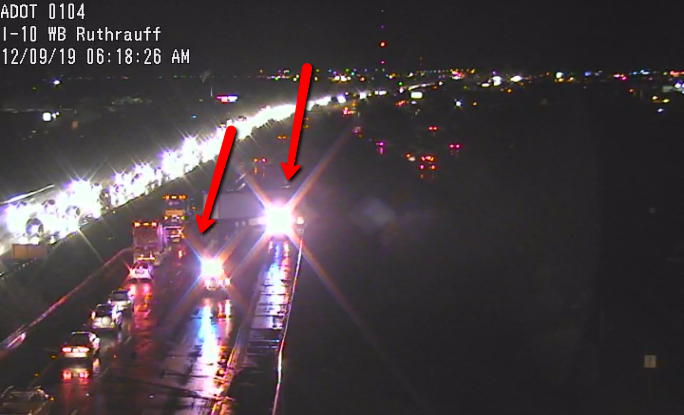 A semi-truck is being cleared from westbound I-10 near Ruthrauff Road.

Pima County residents should expect periods of rain and isolated thunderstorms until this evening as a weather system moves through the area, the National Weather Service says.

A Winter Weather Advisory is also in effect until 5 p.m. in the Catalina, Rincon, and additional mountain ranges above 7,000 feet. Total snowfall is expected to be between six to 11 inches.

Catalina Highway, the road to Mount Lemmon, is only open to vehicles with chains or four wheel drive as of noon Monday, according to the Pima County Sheriff's Department.

8 AM MST: What can we expect today? This is the HRRR forecast of radar imagery.

Expect another band of storms to track across SE AZ today (including #Tucson) w/ the core of the upper-level winter weather disturbance, resulting in another round of valley rain & Mtn snow. #azwx pic.twitter.com/uygKi8cZeO

Residents should use caution driving on wet roads.

A semi-truck jackknifed along the slick westbound lanes of Interstate 10 near Ruthrauff Road Monday, authorities say.

All lanes were reopened at about 7:30 a.m. after a heavy-duty tow truck was used to remove the vehicle.

No injuries were reported in the crash, according to the Arizona Department of Public Safety.

Thankfully, no injuries were are being reported! A heavy-duty tow truck is on the way. Unfortunately, we can’t provide an ETA to clear this. https://t.co/n7O4GUJWVk

The city of Tucson is seeking a federal grant to help further its plans for a 15-mile, high-capacity transit line to take residents from Tucso…

The spring semester program begins the week of Jan. 20.

A former guard at a private prison near Eloy claims he was shot at point-blank range with a riot-control weapon in a racist attack.

Biz tip of the week: Maximize the potential of your groups

I recently met with members of a professional referral group. By all accounts, this group consistently delivered better results than other net…

More than 200,000 cubic yards of sediment will be removed from the Santa Cruz River and relocated to a landfill near “A” Mountain next year, t…

A cactus on Bear Canyon Trail stands in front of clouds blanketing the Santa Catalina Mountains in Tucson, Ariz. on November 21st, 2019. The National Weather Service reported that about three inches of snow fell on Mount Lemmon this morning around 6 a.m.

A semi-truck is being cleared from westbound I-10 near Ruthrauff Road.