The 25th annual Parade of Lights & Festival is taking over downtown Tucson a couple weeks early this year.

The parade, which usually takes place in mid-December, is set for Saturday, Nov. 30, with lights, music and all things merry.

There will also be food vendors and a show of more than 30 classic cars decorated with lights. Plus, streetcar rides will be free all night.

The parade starts at 6:30 p.m. near North Stone and East Toole avenues. It’ll continue south on Stone, then east on East Pennington Street. From there, the parade will head north on North Sixth Avenue, then northwest back onto Toole.

The parade ends in the same area that it begins.

From 2 to 9 p.m., a staging area will close North Ninth Avenue, from Sixth to West Franklin streets. Franklin from Ninth to Stone will also be closed.

From 3 to 9 p.m., Pennington Street will be closed from North Church to North Stone avenues.

Following the parade, Latin-fusion group Santa Pachita will close out the night, from 7:30 to 9:30 p.m.

Both events are free and open to all.

The City of Tucson tweeted this morning that the opening of the highly anticipated Holiday Ice outdoor skating rink has been delayed by a day due to the winter storm that's expected to last all day. 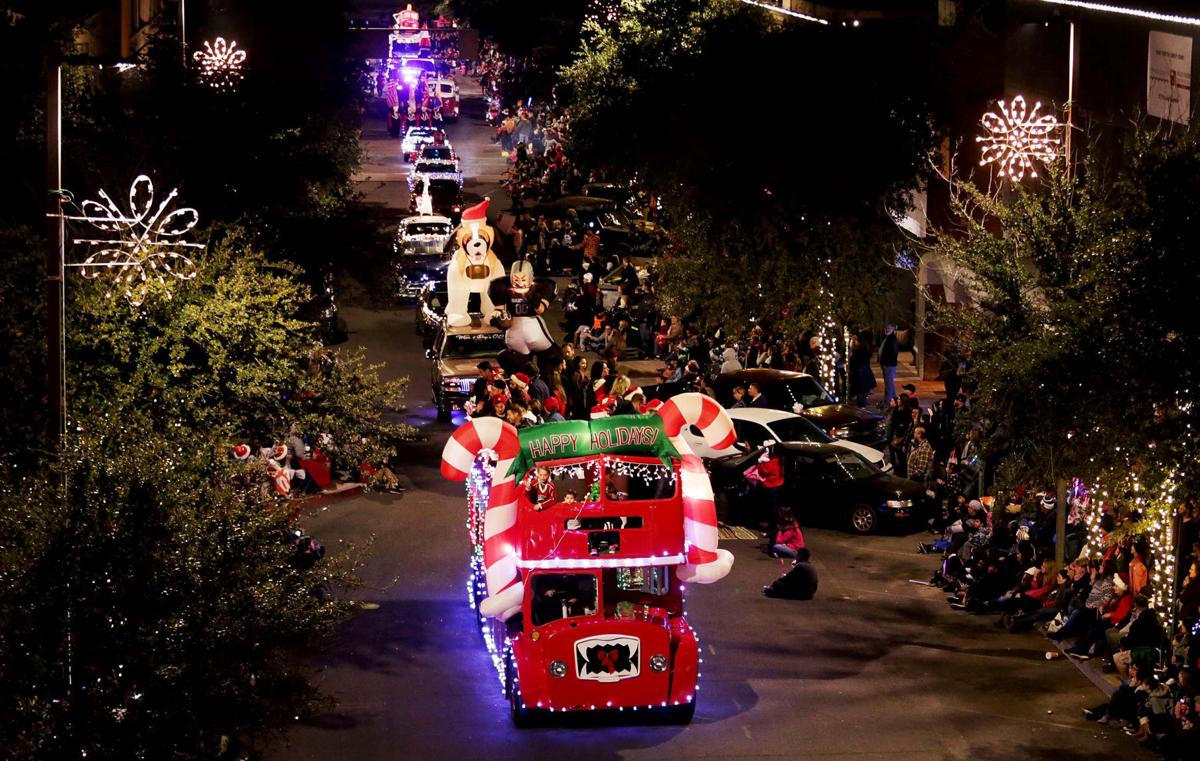 Lighted parade floats headed down Pennington Street during the 2017 Parade of Lights. This year’s parade is on Saturday. 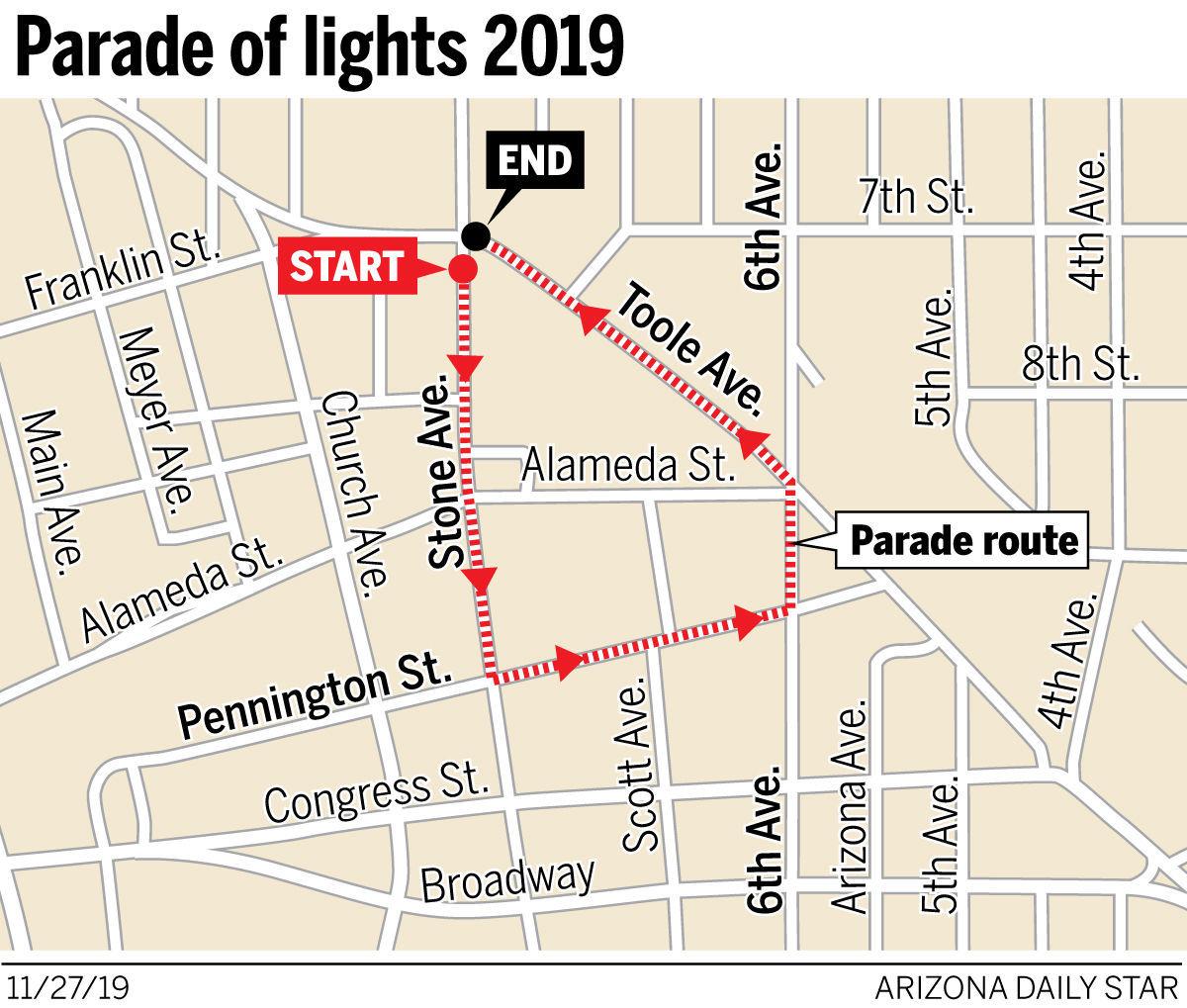