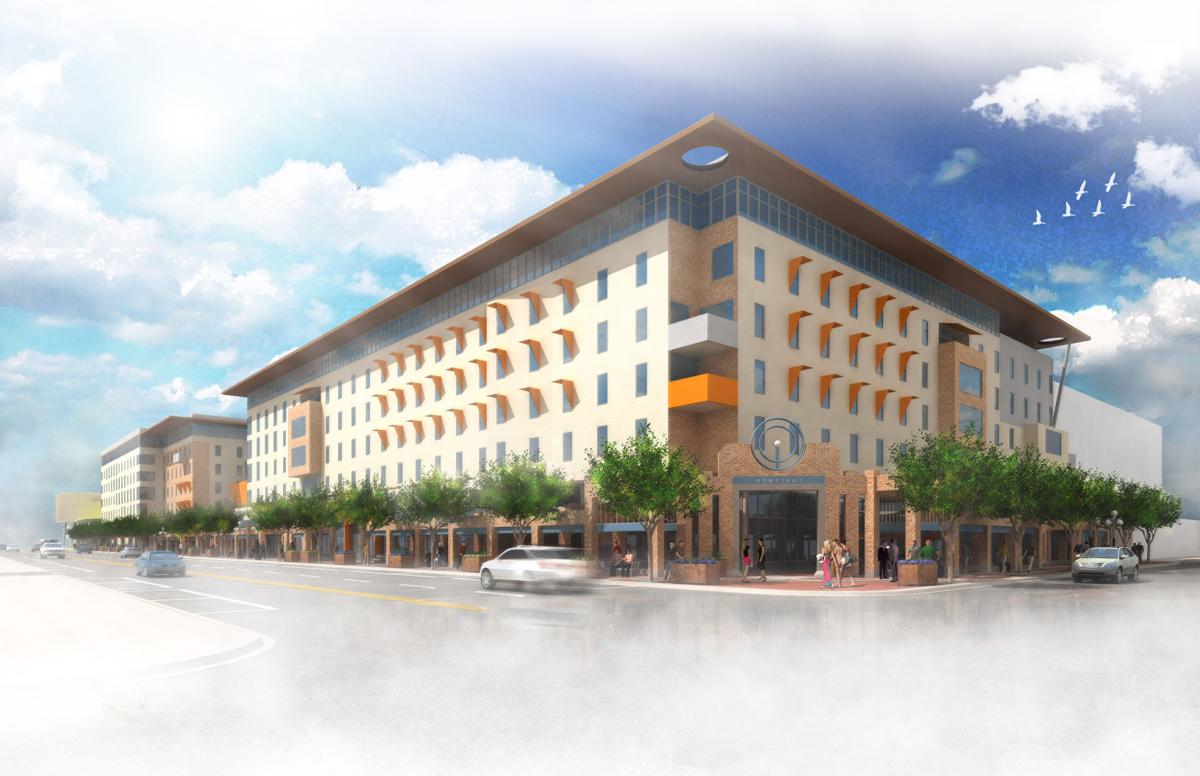 $49.1 million: The Alexander Co.’s proposal would keep the look similar to other downtown buildings but add apartments and retail space. This view is from Sixth Avenue and Congress Street. 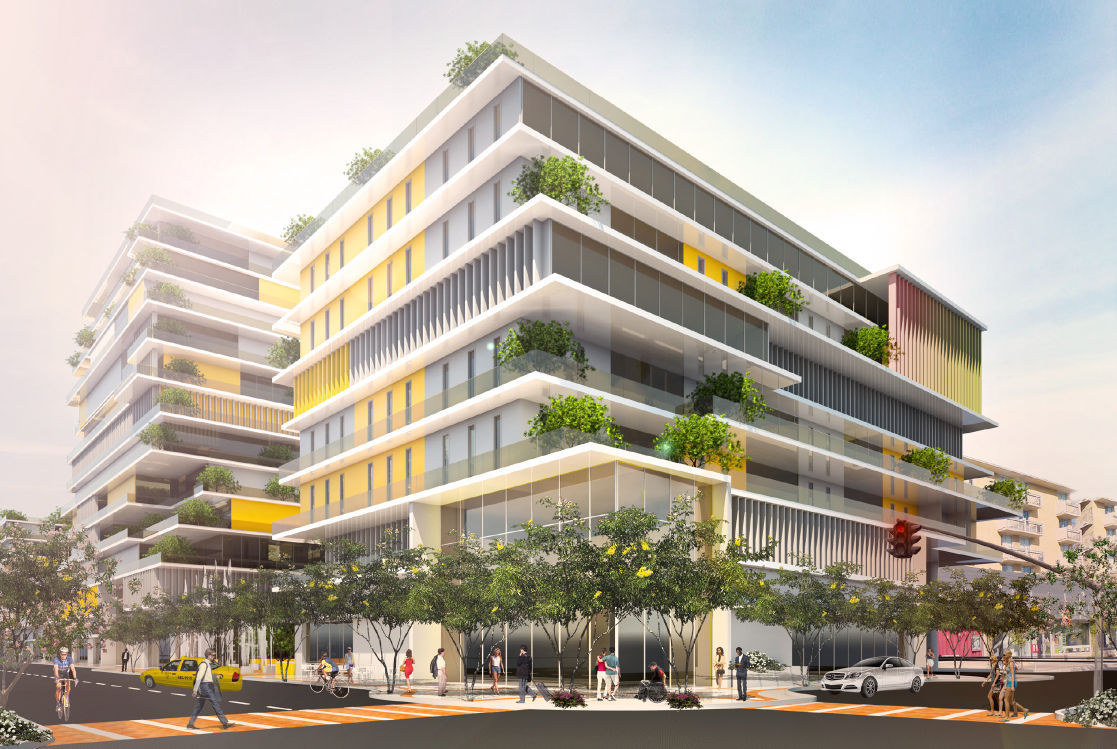 $174 million: Peach Properties offers this vision of the Ronstadt site, as seen from Sixth Avenue and Congress Street. Its plan includes a hotel, apartments and retail and commercial space.

Details about two proposals to redevelop the Ronstadt Transit Center were shown to the public Wednesday — one with a $49 million price tag and the other at $174 million.

The presentations were part of the second phase of a two-step city Request For Proposals process to select a redevelopment project for 4.7 acres of city land in the heart of downtown. About 300 people attended the meeting.

The selection committee will begin meeting in September to make a recommendation to the City Council in November.

The two projects had some things in common:

But there the similarities end.

The proposal by Wisconsin-based The Alexander Co., with local developer Jim Campbell, would keep the brick arcades and colorful tiles that outline Ronstadt. The architects would “riff” off historic Tucson buildings for design styles to fit in with downtown’s existing buildings, said architect Aleks Istanbullu.

A proposal by Tucson-based Peach Properties, with local developer Ron Schwabe, would remove them but maybe reuse them in creative ways in a public market and plazas.

The Alexander proposal would close off the Congress Street entrance to the transit center and add a traffic circle at Toole Avenue as the main bus entrance. The transit center would be expanded to include 15 bus bays, a Greyhound bus station and pick-up points for shuttles and taxis.

The Peach proposal would create a “linear transit mall,” using models in place in Seattle and Portland. It would keep both the Congress Street and Toole Avenue entrances to the hub, creating a way for buses to flow through more quickly.

A pedestrian bridge would connect riders to a Greyhound bus station on a separate parcel of land north of the train tracks.

During construction, the Peach proposal would temporarily move the transit center to the Toole Avenue side of the site.

It would create 378 apartments in six-story buildings and add artists’ live/work lofts to the area between Toole Avenue and the train tracks.

That all comes with a price tag of about $49.1 million. Campbell said the project is realistic and doesn’t try to sell the public on something he can’t build — like a rainbow bridge, he said, poking fun at a failed Rio Nuevo project.

The Peach proposal includes many different uses. A 144-room hotel with a rooftop pool and meeting rooms and more than 20,000 square feet of new retail space — maybe including a Walgreens — would help make Sixth Avenue the new Fourth Avenue, said architect Phil Swaim. “It really would become the place to be.”

About 50,000 square feet of commercial space would be used by the University of Arizona for a gem and mineral museum and for the School of Journalism.

It also would create 256 apartments in buildings ranging from five to 12 stories. The architecture would be creative and modern.

The Peach proposal also would include a public market, two plazas, a pocket park and a small dog park.

$49.1 million: The Alexander Co.’s proposal would keep the look similar to other downtown buildings but add apartments and retail space. This view is from Sixth Avenue and Congress Street.

$174 million: Peach Properties offers this vision of the Ronstadt site, as seen from Sixth Avenue and Congress Street. Its plan includes a hotel, apartments and retail and commercial space.