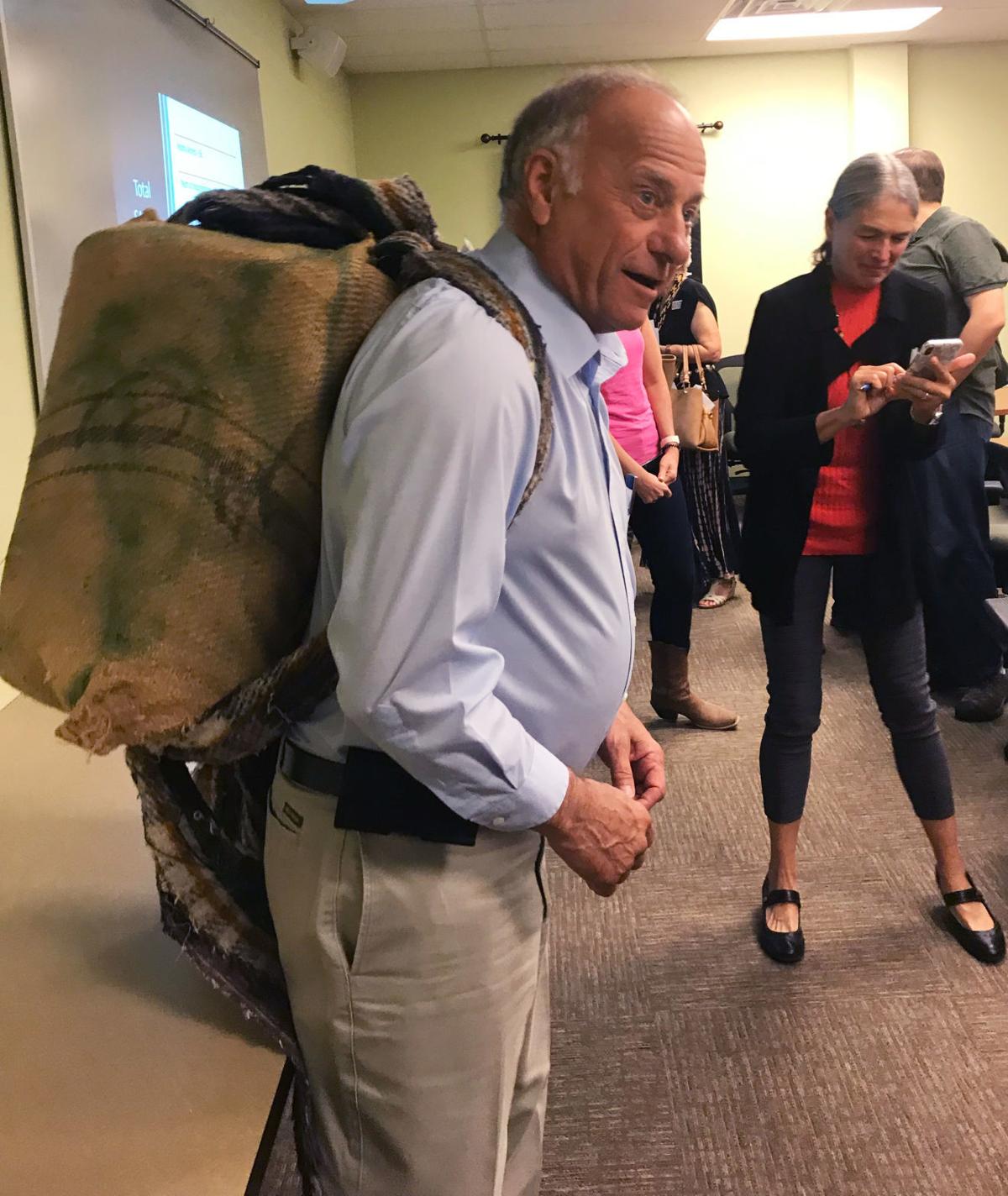 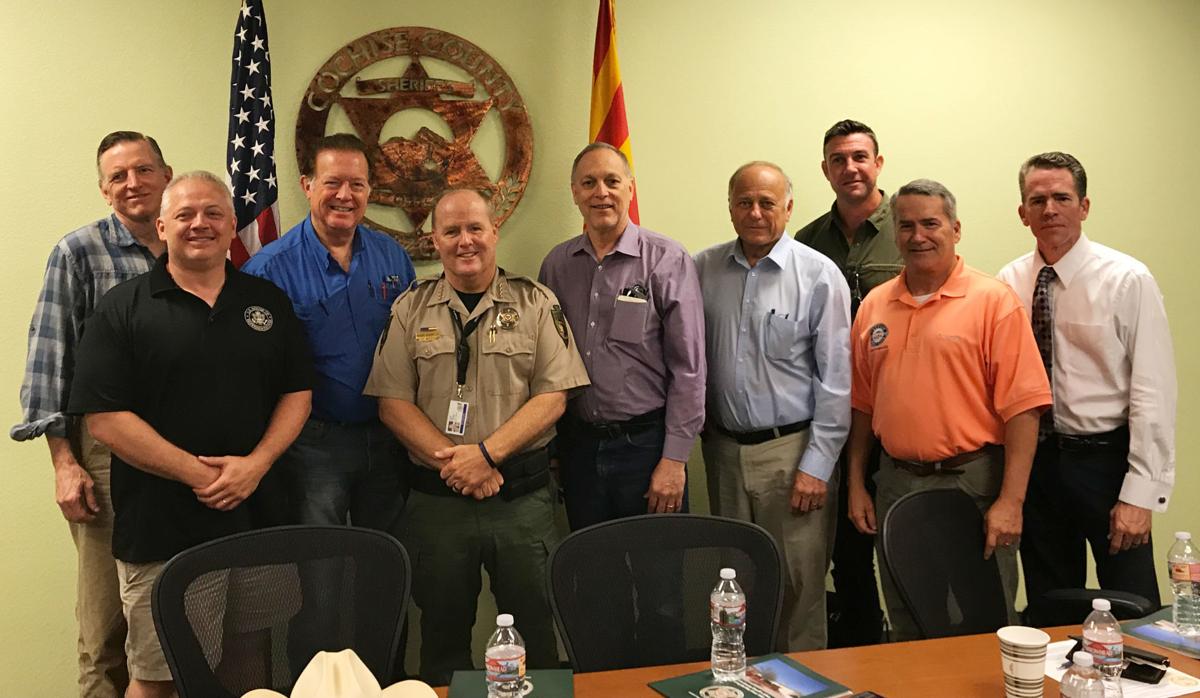 Cochise County Sheriff Mark Dannels hosted a who’s-who of congressional conservatives this week when the group stopped by Bisbee as part of a border tour.

Rep. Andy Biggs organized the group, which first spent time around El Paso and Antelope Wells, N.M. Biggs is a member of the right-wing House Freedom Caucus, as are several other members of the traveling delegation.

Rep. Paul Gosar was the only other Arizona congressman in the group, which included Reps. Steve King of Iowa, Duncan Hunter of California, Mark Green of Tennessee, Jody Hice of Georgia, Denver Riggleman of Virginia, Randy Weber of Texas and Ted Yoho of Florida.

Dannels, also a Republican, struck a nonpartisan note when he told the group: “I don’t give a hoot about politics. I care about getting a secure border. That’s a quality-of-life issue.”

Gosar, Weber and King were having none of that nonpartisanship.

“I think we need to identify this thing. It is a political problem,” said King, who has repeatedly spoken out against multiculturalism in America over the years.

He alleged that Democrats want to keep borders open because it allows them to get new, Democratic-leaning congressional districts in the redistricting process.

“They’re undermining America for their own political gain,” he asserted.

After the meeting, King donned a burlap-wrapped marijuana backpack brought in by Cochise County deputies as a demonstration.

It was an ironic gesture: Back in 2013, he scoffed at the idea that Dreamers deserve legalization, notoriously explaining, “For every one who’s a valedictorian, there’s another 100 out there that weigh 130 pounds and they’ve got calves the size of cantaloupes because they’re hauling 75 pounds of marijuana across the desert.”

It took longer than most would have expected, but Sen. Kyrsten Sinema is ready finally to open an office in Tucson.

The freshman senator had hoped to open no later than this summer but laments she was plagued by bureaucratic delays.

While Sinema was able to identify a location and iron out a lease for the space, it required multiple approvals from the Office of the Senate Sergeant at Arms.

Which, it turns out, takes months to get done.

While it is not unusual for a newly elected senator to take over their predecessor’s office, it wasn’t an option for Sinema. Even before then-Sen. Jeff Flake was out of office, his landlord in Tucson opted against renewing his lease.

This put Sinema in a position of starting from scratch to find a new place and the Office of the Senate Sergeant at Arms has stringent requirements related to necessary security.

While Sinema’s office hopes to have a signed lease in the coming days, the space will require some major remodeling before it can be opened to the public.

The Democrat has three full-time staffers in Tucson.

Hurley said that since Sinema took office in January, her staff has completed 146 constituent service cases for Southern Arizona residents and is currently working on 107 cases.

Sen. Martha McSally has a new plan to get the $4.5 billion in emergency funding to address the border crisis. She wants the funds to be tied t…

Pieces of the terra cotta brick facade have been falling off the Pima County Legal Services Building in downtown Tucson recently.