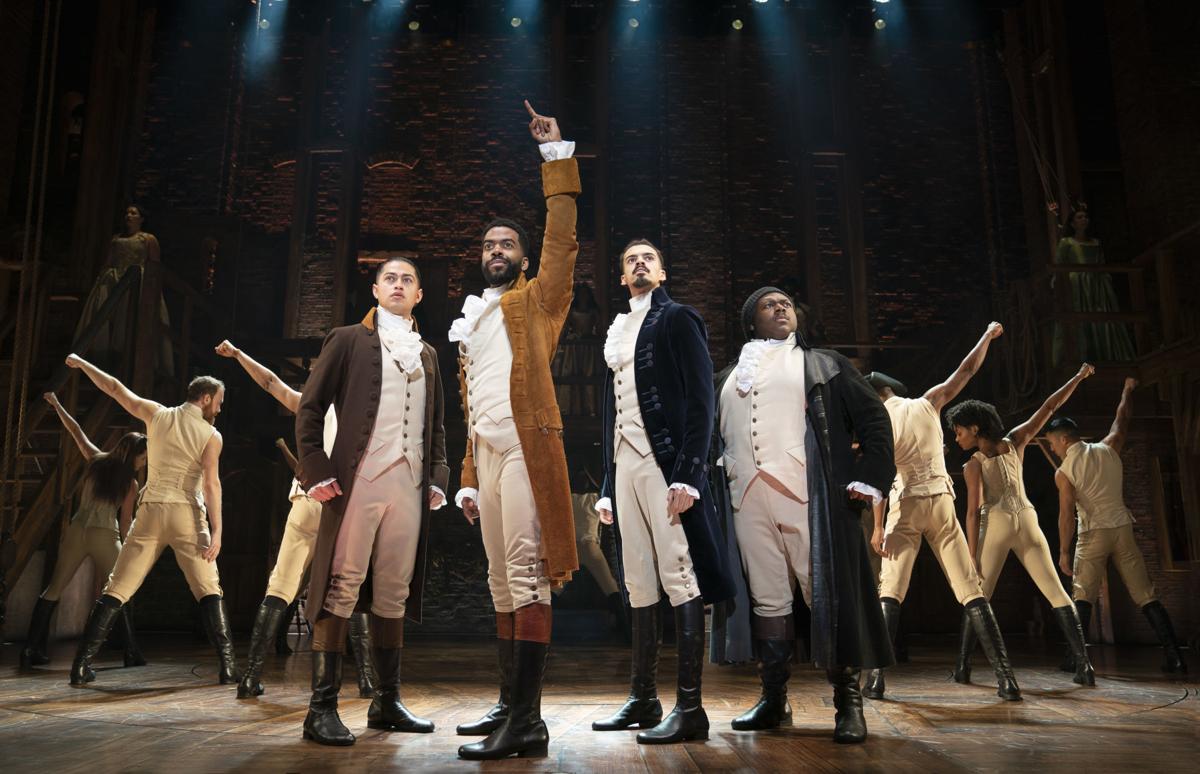 Lin-Manuel Miranda’s Hamilton went on to win 11 Tony Awards, a Pulitzer Prize and a Grammy. It will come to the Old Pueblo Nov. 24-Dec. 13. 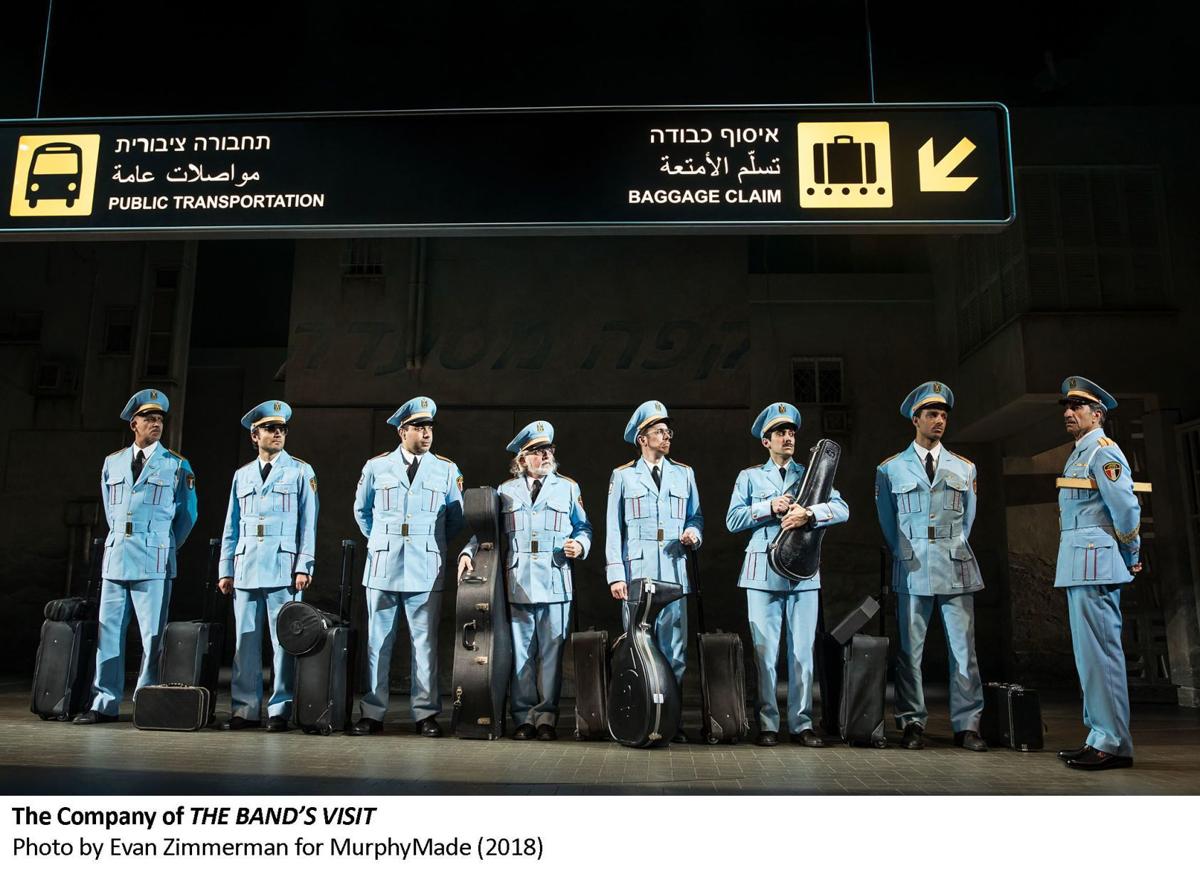 Broadway in Tucson is preparing for one of its biggest seasons yet, bringing some of best musical hits, including “Hamilton,” to the Old Pueblo for the 2020-21 season.

The most-anticipated production on the roster, Lin-Manuel Miranda’s “Hamilton,” will be in town Nov. 24 through Dec.13. With a score that incorporates hip-hop, R&B and jazz, the musical uses a decidedly 21st century vibe to tell the story of one of America’s founding fathers, Alexander Hamilton. The musical first opened off-Broadway in 2015, and quickly moved to a Broadway theater. It went on to win 11 Tony Awards, a Pulitzer Prize and a Grammy. When it opened in London in 2018, more awards were heaped on it.

Don’t start salivating thinking you can run out and buy single tickets now though: first priority goes to those who have tickets for the full 2019-20 season and purchase the same package for the 2020-21 season. New subscribers to the full upcoming season will then get a chance.

But don’t panic if you don’t want to go all out for full seasons: Mario M. Di Vetta, Broadway in Tucson’s interim general manager, says there should be plenty of seats, as the musical will be here for a three-week run.

While season tickets are now on sale, a date for single ticket availability has not been set yet. “Hamilton” traditionally has had a digital lottery for $10 tickets right before each performance; Di Vetta says he expects that to be available for the Centennial Hall engagement, but he hasn’t gotten confirmation of that yet.

But Hamilton’s not the only excitement coming: The season opens with “The Band’s Visit” (Oct. 14-18), which won 10 Tony Awards in 2018, as well as a Grammy for Best Musical Theatre Album of the year. It is “one of the most ravishing musicals you will ever be seduced by” declared the New York Times. Based on the 2007 Israeli film of the same name, the David Yazbek and Itamar Moses play is about a touring Egyptian band that becomes stranded in a small Israeli village.

Kicking off 2021 is another Broadway blockbuster, “Hadestown” (Jan. 5-10). Singer-songwriter Anaïs Mitchell penned the musical, which pulls from the Greek myth about Orpheus, who heads into hell with the hopes of bringing back his love, Eurydice. It snagged eight Tony Awards last year, and has won legions of fans. According to Vox, the folk-tinged musical “creeps under your skin and stays there so ably that in the theater, you can actually see the cult following develop in real time.”

The acclaimed 2018 revival of Lerner and Loewe’s “My Fair Lady” settles in at Centennial Hall Feb. 2-7. Director Bartlett Sher doesn’t change a word of the original, but still manages to give the story of Eliza Doolittle and Professor Higgins, the man who plans to make a proper-speaking lady of her, a more modern take.

Said Vulture: “The production continuously and thrillingly keeps us conscious that, to quote (star of the Broadway production, Lauren) Ambrose, this is a show ‘about a woman who comes into her powers.’”

Broadway in Tucson will wrap up its season with two musicals based on popular movies: “Tootsie” (May 4-9, 2021) and “Pretty Woman: The Musical” (May 25-30, 2021). “Tootsie,” about a struggling actor who decides to pose as a woman to secure a job on a soap opera, features music by David Yazbek and a book by Robert Horn. It was nominated for 11 Tony Awards and took home two for Best Book of a Musical and Best Performance by a Leading Actor in a Musical (Santino Fontana).

“Pretty Woman: The Musical” tells the story of a hooker with a heart of gold and the Wall Street big shot who hires her, introduces her to fine wine, opera and Beverly Hills boutiques and then falls for her. The 1990 movie made a big star of Julia Roberts. The music and lyrics are by Bryan Adams and Jim Vallance; the book is by Garry Marshall and J.F. Lawton.

Broadway in Tucson is also bringing John Water’s “Hairspray” back, though it is not part of the regular season (March 26-28, 2021).

“I think it’s one of our biggest seasons ever,” says Di Vetta. “I’m incredibly proud of it.” He says blockbusters will continue into the 2021-22 season, with “The Lion King” and “Dear Evan Hansen” among those offerings.

The full season won’t be announced until next year, but Di Vetta wanted to offer a teaser.

Season tickets to Broadway in Tucson top out at $667 for the full season; you can also purchase packages with fewer plays, but only full season subscribers can get “Hamilton” tickets at this time.

Lin-Manuel Miranda’s Hamilton went on to win 11 Tony Awards, a Pulitzer Prize and a Grammy. It will come to the Old Pueblo Nov. 24-Dec. 13.